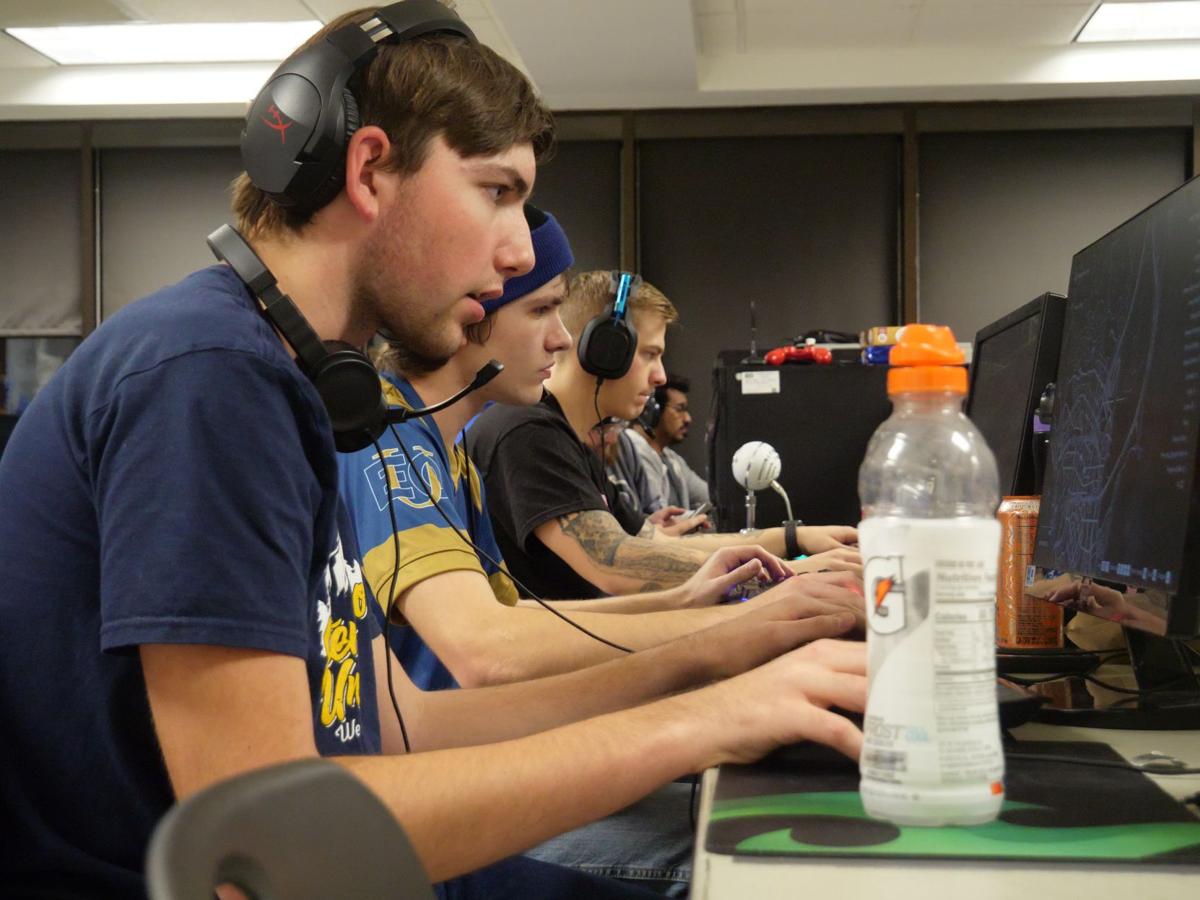 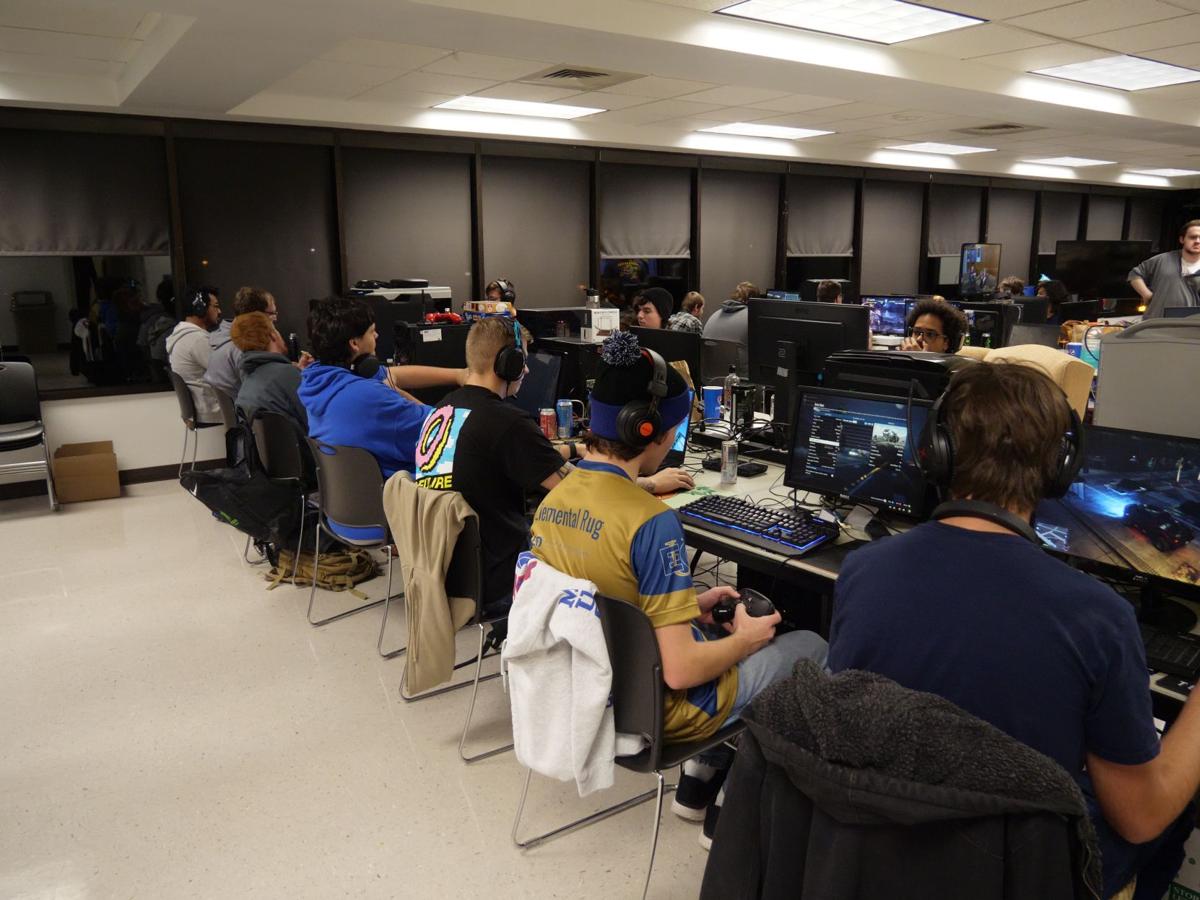 LA GRANDE — They don’t use a bat, a glove or a hoop. They don’t kick balls into goals, throw them into endzones, or sprint to a finish line.

But members of the Eastern Oregon University esports team, which officially formed over the last year, are able to have some of the same experiences — victory, defeat and learning to overcome — that traditional athletics provides, according to esports assistant coach Ethan Melville.

“More than winning, it’s these moments that make sports as beneficial to personal development as they are,” Melville said in an email. “And though they may look vastly different, esports has all the makings to provide students with the same experiences and life lessons.”

The team actually has roots dating to 2016, Melville said, when the 1 Up Game Club, which was founded that year, began to push for a startup of an esports program.

“While attending school, (he) would often host competitive Super Smash Bros tournaments here at the university,” Melville said of Butterworth. “His efforts, alongside others from EOU students, predated our official founding as a program but were instrumental in laying those foundations and really showing that bringing esports to EOU was attainable.”

Melville said 1 Up Club officers made efforts to get the activity noticed by the school and received help from staff members “who have gone above and beyond in supporting us in growing this program, even if they may have been confused as to what exactly esports is as well,” he said. Melville, who is a club officer, added, “They listened to our students and showed genuine interest in learning more about esports and are devoted to helping bring programs to EOU that students are passionate about.”

Esports offers different completion avenueWhile esports is an arm of the athletic department at some schools, EOU’s program, which has 27 members, is overseen by Student Affairs faculty and the Center for Student Involvement — though Melville believes the long-term goal is to have activity “be brought into the fold of the athletics department.”

Melville calls the formation of esports an important step for the school, and noted his own experience as a former high school athlete who had “a hard pill to swallow” when he realized playing collegiately wasn’t in the cards for him.

His freshman year, he was turned on to a game called Dota 2 and was “hooked.”

“It had everything that I was missing from my time on different sports teams,” he said, including “the responsibility of learning individual skills and learning my role in a team of five players, communicating effectively as a team member, players within the community who inspired me to push myself and to grow, and the opportunity to overcome adversity as an individual and as a team to win when the odds are stacked against you.… I can honestly say that the time I’ve spent with the game has done a lot to help me improve as a person.”

That statement could easily lend itself to a sense of skepticism, which Melville also addressed.

“I definitely understand that some people might be skeptical about the values that can be learned from playing video games in a competitive setting,” he said. “I think that beyond the proficiency in a sport itself, where athletes really benefit from competition are the lessons they learn that are applicable for a lifetime. And when you boil down the differences of individual sports, there are some universal lessons to be learned: finding a place within a team, building a culture that values growth and development, and dealing with adversity. I’m confident that any athlete will be able to point to a specific story in which they learned one of these skills while competing.”

He pointed to a tournament in Seattle the team traveled to, and what he learned about personal responsibility in playing a 1-on-1 game.

“When you find yourself competing in a 1-on-1 setting, the thrill of winning is overwhelming, but similarly, when you experience loss, you have to contend with the fact that the responsibility for that is on you alone,” Melville said. “It can be hard to handle a loss when there are no other excuses or teammates to share in that loss. What I noticed from my time competing, and losing, in Seattle is that I had grown and matured a lot from my time wrestling in high school, where when I would lose, I would often be upset, both with my opponent and with myself.”

Game specifics dictate playAlthough some games are played in a 1-on-1 format, the majority are team-based, Melville said. He said of those that take place in a team setting, players specialize “in specific team roles and (are) working together under the leadership of a team captain to grow during practices, and (they) compete in a series of collegiate leagues (with) universities across the U.S. and Canada. These leagues can use a number of different formats but usually involve a best-of-3-game match each week as part of a regular season,” before the top team or teams in each region head to the playoffs.

He said the specifics of the game dictate how they are played competitively, but that “games that are developed with competition in mind often follow traditional sports models for leagues and tournament formats, and so spectators with little experience with the world of esports would still be able to follow it pretty well.”

What is the ultimate takeaway for esports members?

“At the end of the day, what I want someone to take away from their time as an esports player at EOU is the understanding of how important things like diversity, tenacity, emotional intelligence, and professionalism are, and how to develop a culture in which these skills are cultivated,” Melville said.