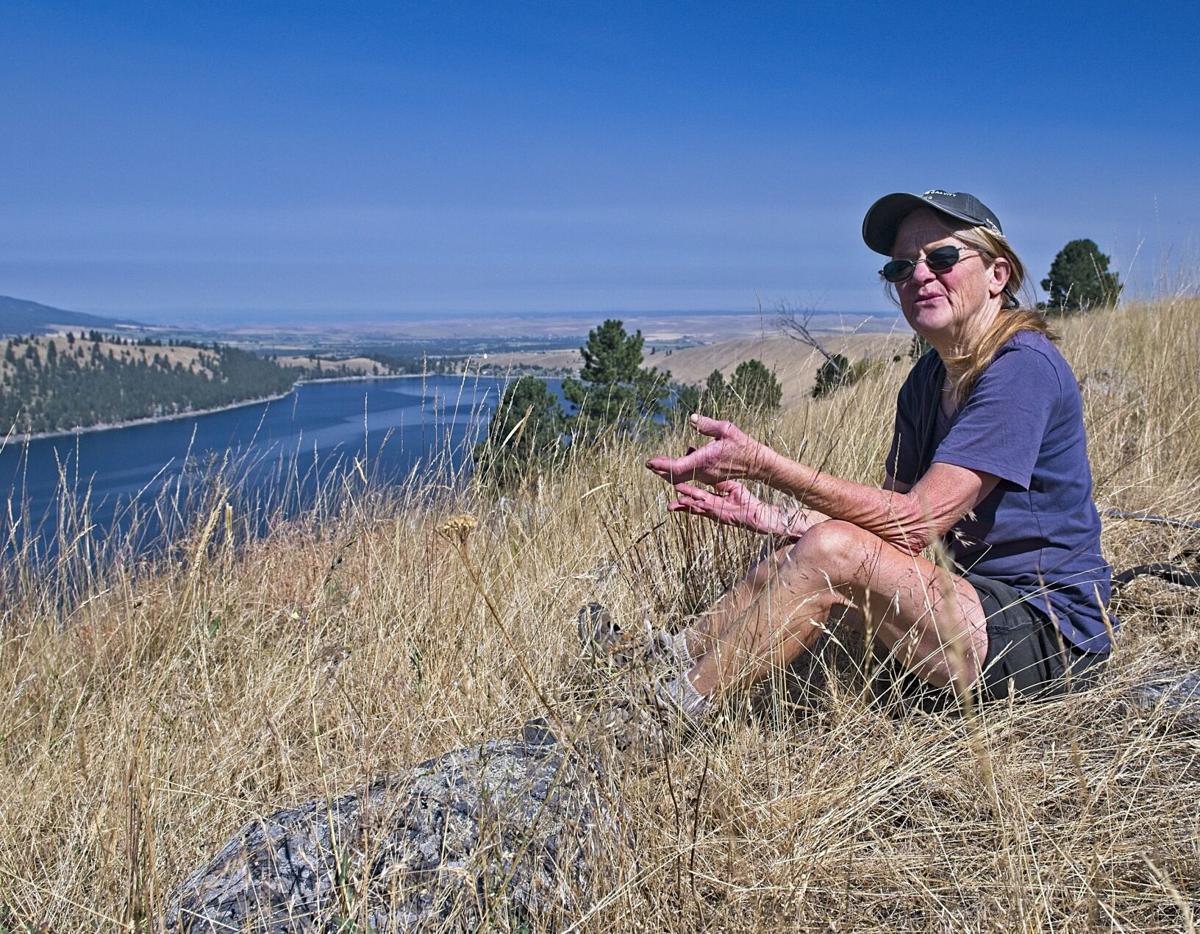 Janet Hohmann talks about the plants present in the native prairie grassland atop the East Moraine on Friday, Aug. 28. 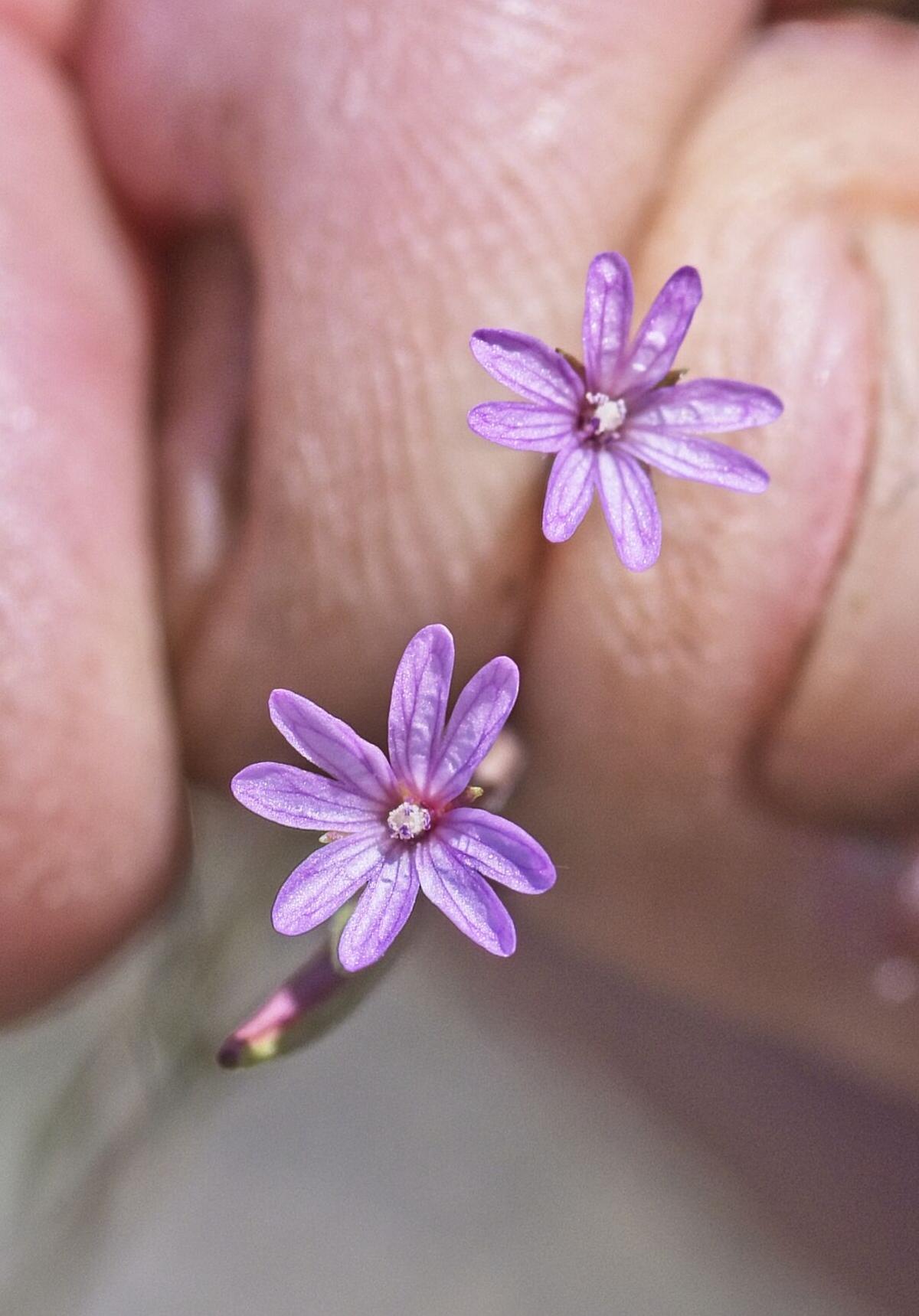 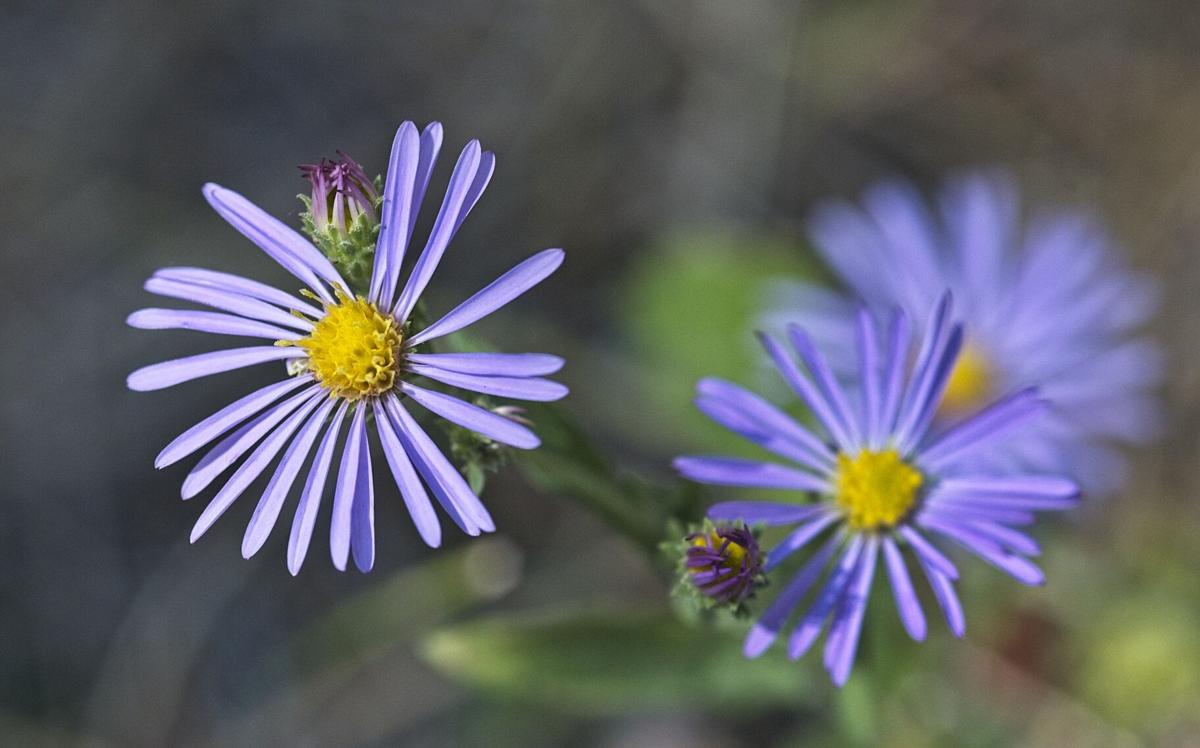 Purple asters bloom in late August in pine woodlands on the East Moraine.

Janet Hohmann talks about the plants present in the native prairie grassland atop the East Moraine on Friday, Aug. 28.

Purple asters bloom in late August in pine woodlands on the East Moraine.

JOSEPH — When Wallowa County received the deed to the 1,800-acre East Moraine property, the vision was a working landscape that would be managed for sustainable forestry, grazing, habitat, cultural resources and recreation.

According to a survey of the grasses, flowers and shrubs, the county also acquired a highly diverse paradise of native plants.

“The East Moraine includes a really remarkable example of a native remnant Palouse bunchgrass prairie, a lot like the Zumwalt Prairie,” said Janet Hohmann, a naturalist who completed her plant survey this summer. “And it’s going to be accessible to many people now who can really appreciate the native plant community that’s up here.”

Hohman did her survey as a volunteer, as did botanist Jerry Hustafa who did a complimentary inventory with similar findings. Both will be used in the development of the property’s management plan.

Hohmann divided the East Moraine landscape into four botanical zones — prairie grassland along the top and much of the west-facing slopes, open Ponderosa pine forest, mixed conifer forest, including Douglas fir and grand fir on the steeper southern portion of the landscape, and wetland/riparian areas along the property’s eastern boundary.

The change from forest on the south to grassland on the north of the moraine is largely due to a decrease in precipitation farther from the mountains.

Hohmann views the bunchgrass prairie that’s accessible along the open top of the property as one of the moraine’s greatest botanical treasures.

“This is a really diverse grassland,” she said. “It’s got healthy native grasses, flowering plants and shrubs. It’s got it all.”

A walk along the moraine-top trail reveals three bunchgrasses that are some of the most foundational to local prairies: bluebunch wheatgrass, Idaho fescue and prairie Junegrass, Hohmann said. The “bluebunch” is the tallest of the grasses. Prairie Junegrass has a fuzzy head. Idaho fescue is almost petite by comparison and prefers cooler locations.

“Bunchgrass is called that because it grows in distinct clumps instead of forming a sod,” Hohmann said. “These grasses have deep roots and can have lifespans measured in decades and perhaps even a century.”

Grassland shrubs are small, due to browsing deer, mostly, Hohmann said. They include wild rose and a low-growing silvery sagebrush relative known as wormwood — a variety of absinthe. Early-blooming flowers include buttercup and prairie star. Balsamroot follows in May, with lupine, penstemon and blanket flower following a bit later. Even in late August and September, there are flowers on the moraine grassland, including curlycup gumweed and tiny pink flowers known as autumn willowherb.

The ponderosa pine woodlands harbor many plants not found in the grassland, including shrubs like wild currants, serviceberry, snowberry and fragrant mock orange, Hohmann said.

Hikers will find heartleaf arnica blooming there in the late spring, along with pussytoes, penstemon and Wallowa paintbrush, Hohmann said.

The southern half of the property is more densely wooded. Noteworthy native plants include calypso orchids and a small shrubby tree known as mountain mahogany that usually flourishes on dry, warm slopes. Scouler’s willow, a bushy native tree that sprouts in response to fire, also can be found in the more forested areas of the moraine.

Of course, there are some plant-based problems that can be rectified with time and management.

“There’s some invasive plants on the property, including hounds tongue and Canada thistle,” Hohmann said. “But I didn’t find any of the really bad ones.”

Her survey didn’t find the most pernicious invasives like knapweeds, leafy spurge or yellow starthistle. Invasive grasses present on the property include cheatgrass and one of the most recently arrived and fastest-spreading species, ventenata.

“It would be a good idea to keep an eye out for invasives,” she said. “Maybe there could be some interpretive signs that included them. There will be a lot more eyes on the ground by the general public, and that can always help things.”

Hohmann also noted the wetland area, which has served as a principal watering area for cattle, would benefit from some riparian fencing.

“It would be interesting to see what native plants come back,” she said.

Hohmann said she hoped the East Moraine property would be managed for its outstanding ecological diversity.

“It’s a very unique landscape,” she said. “It goes from a dense forest to a prairie grassland. There’s not many places where you can see change like that in such a short distance.”

She also noted large trees remain in the woods there.

“The moraine acquisition was so cool for the county and the residents of the county,” she said. “It’s a really convenient a place to go walking. This moraine has been such an important concern for everyone here. So finally to have it protected for the foreseeable future is just wonderful for the county.”