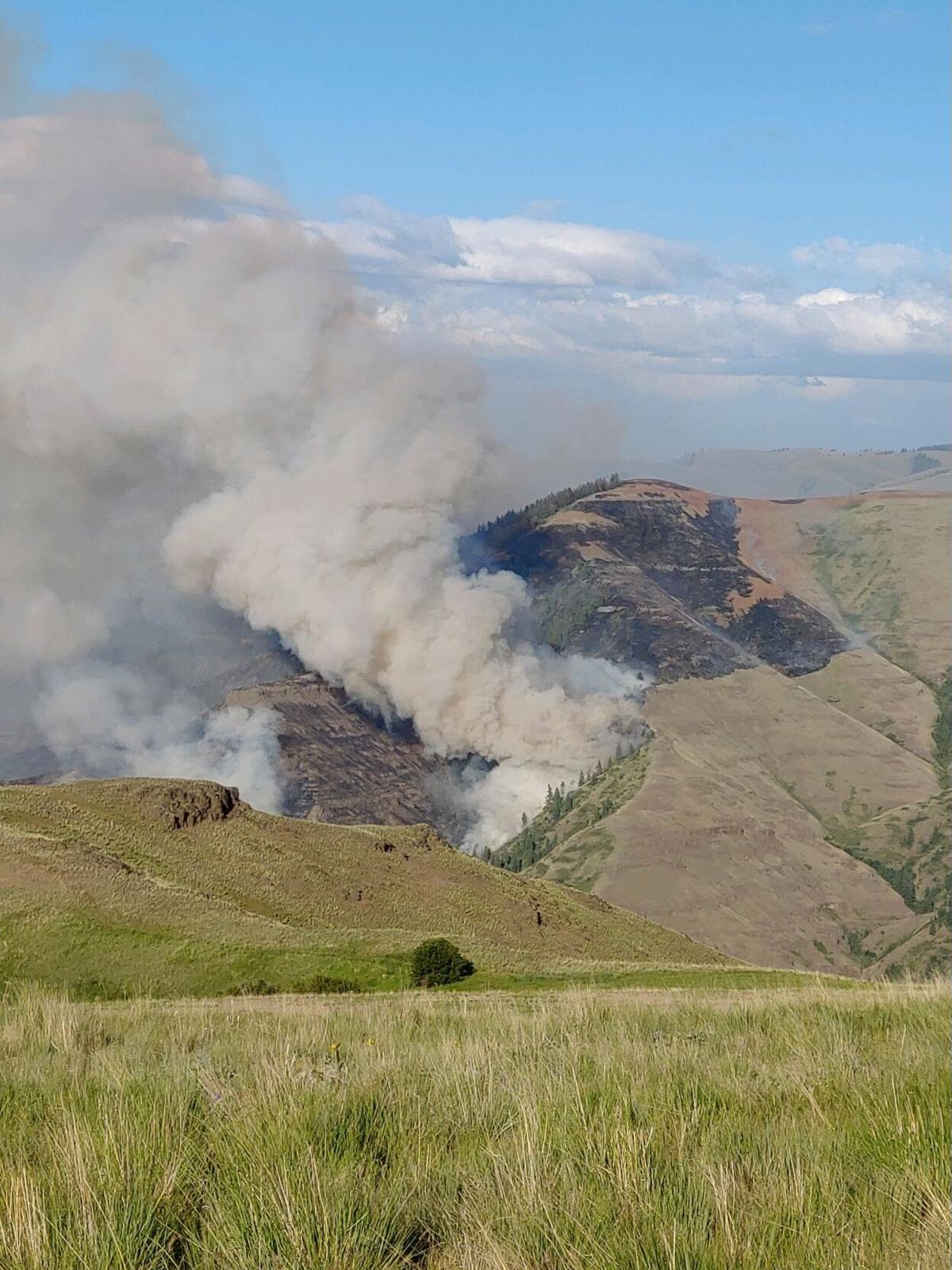 The Joseph Canyon Fire burns on Sunday, June 6, 2021. The fire is burning in and around the Grande Ronde and Joseph Creek areas of critical environmental concern on the Vale District Bureau of Land Management and in the Nez Perce Precious Lands Wildlife Area, which is protected by the Oregon Department of Forestry. Firefighters are working to protect ecological, geological and cultural resources along with private property, rangeland and timber. 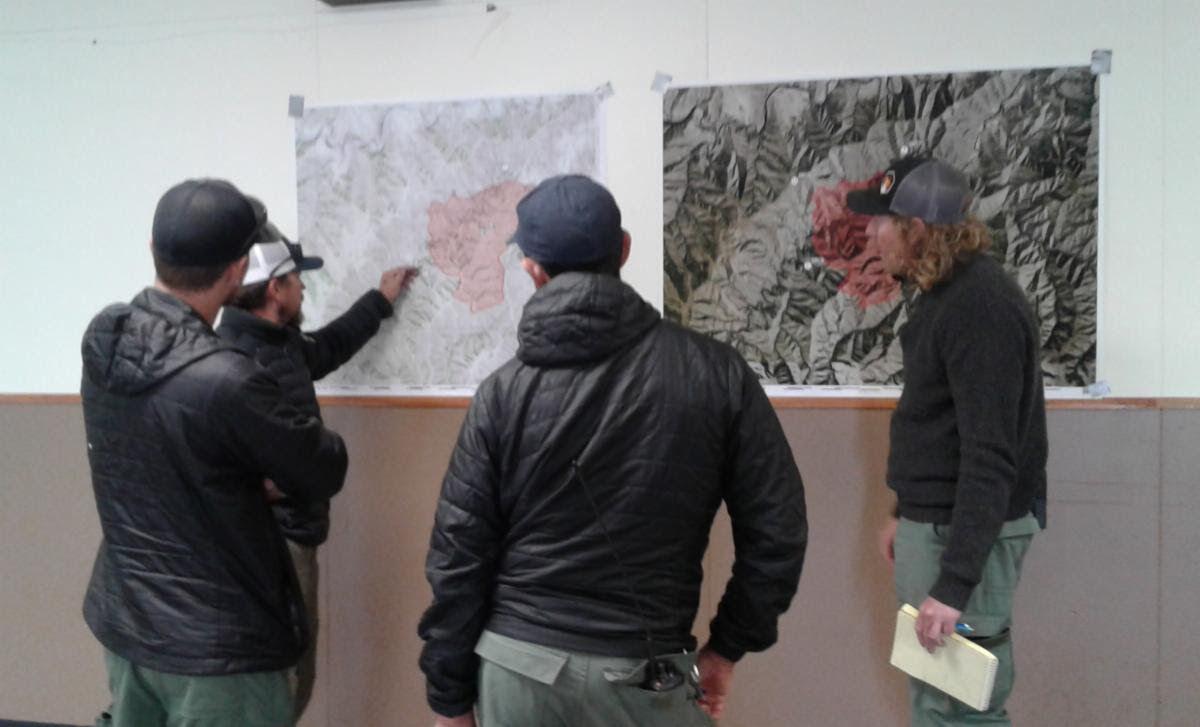 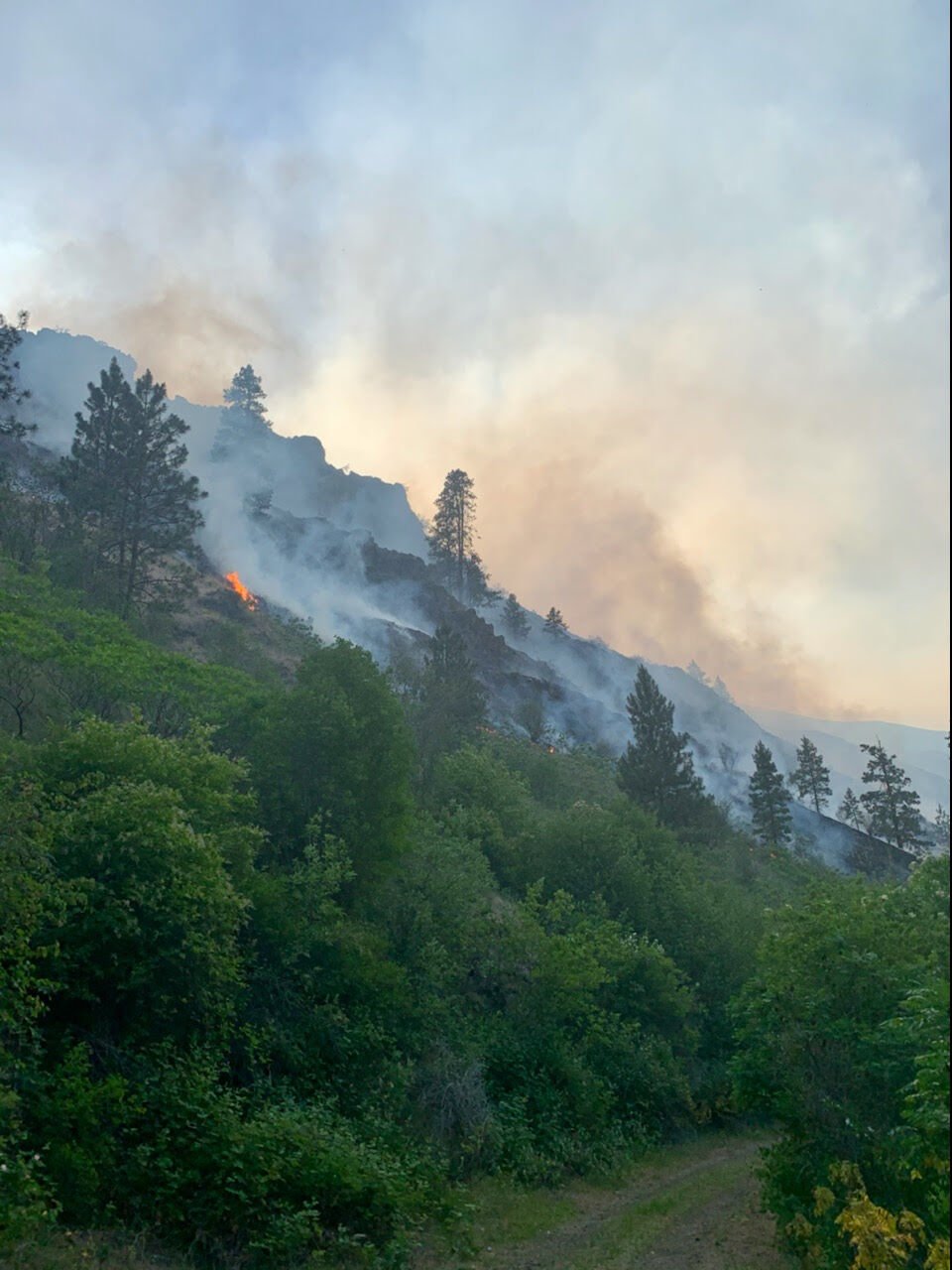 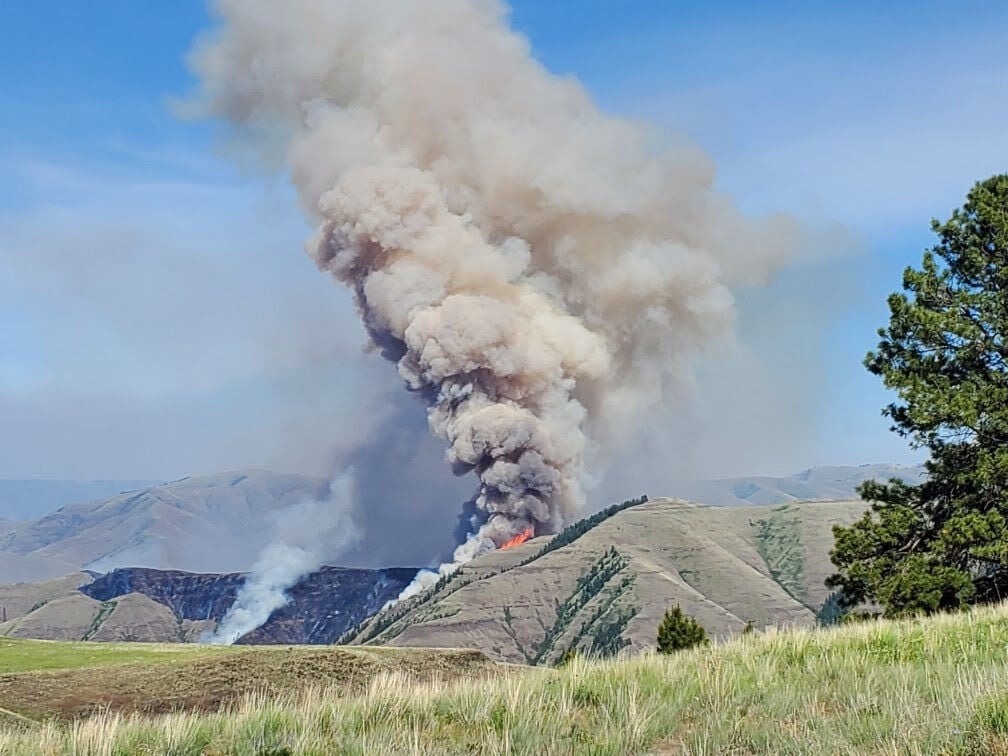 The Joseph Canyon Fire burns on Sunday, June 6, 2021. The fire is burning in and around the Grande Ronde and Joseph Creek areas of critical environmental concern on the Vale District Bureau of Land Management and in the Nez Perce Precious Lands Wildlife Area, which is protected by the Oregon Department of Forestry. Firefighters are working to protect ecological, geological and cultural resources along with private property, rangeland and timber.

ENTERPRISE — Before the state had the opportunity to declare fire season in Northeastern Oregon, two fires erupted late last week in the remote canyons of Wallowa County.

The fire reportedly ignited on Bureau of Land Management lands, but soon crossed over into Washington state lands protected by the Oregon Department of Forestry.

Until June 6, the U.S. Forest Service was overseeing the coordination of the Dry Creek Fire to the southeast of Joseph Canyon.

A spring drought has resulted in large, woody debris registering very low moisture, and live fuels, such as brush and shrubs, are extremely dry, adding ample fuel to the fire. According to Matt Howard, ODF deputy administrator, high winds shut down air operations June 5 when the Joseph Canyon Fire jumped Cottonwood Creek to the east and Joseph Creek to the west.

Adding to dry conditions and high winds, the terrain is some of the most difficult in the Northwest.

“In my opinion it is in one of the toughest spots due to inaccessibility, steep terrain, remoteness and rattlesnakes,” Howard said.

Although containment remains at 0% percent, fire spread was limited to 300 acres, for a total of 4,000 acres at the end of June 6. The fires are being battled mostly from the air, with crews on the ground scouting, checking for hot spots, burnout operations and assisting pilots with water and retardant drops.

As of June 7, the fires transitioned from two Type 3 overhead teams to the Interagency Type 2 Northwest Team 7 led by Jason Loomis.

Brian Anderson, a district ranger for the Wallowa Mountains Office, greeted a group of 50 people assigned to the fires at the Wallowa County Fairgrounds’ Cloverleaf Hall June 6. As his agency’s representative on the fires, he said the goal was a full perimeter control.

“It’s too early and the conditions and outlooks are not favorable, so we are going to keep the fires to minimum sizes and durations,” he said.

Anderson listed valuable rangeland grazed by public land allotment permittees as at risk from the fires as well as infrastructure and recreational and cultural resources, while Mitch Thomas of the BLM, who helped oversee the Joseph Canyon Fire, said some of the area within that footprint includes areas of ecological, cultural and geologic concern.

The troops on the ground are some of the Northwest’s most experienced firefighters — smokejumpers, hot shots, and helicopter rappellers — all accustomed to being dispatched to the roughest, least accessible terrain.

Joe Hessel, ODF Northeast Oregon forester, said the two fires were managed the first few days by four agencies in two states. He said coordination among the agencies is working well due to long-standing relationships with each other and landowners.

“Our goal is to catch these fires as quickly as we can,” he said.

Ahead of Team 7’s arrival, La Grande Unit Forester Logan McCrae served as the Joseph Canyon Fire’s operations chief. He said on June 5 the fire was burning actively until dark on all flanks. He said as much as 90% of the fireline had been scouted and crews had a successful burnout operation between Cottonwood Creek and the fire to decrease fuels and reduce fire severity.

As of the morning of June 7, the Joseph Creek Fire had consumed 4,000 acres.

McCall, Idaho, smokejumper Jason Foreman was the initial incident commander on the Dry Creek Fire. He said he and crew members jumped the Dry Creek Fire at 2 p.m. June 4 and watched it grow from 20 acres to 200 acres.

“We had little success initially due to fire behavior,” he said.

Zach Tayer, a Wallowa County-based Forest Service firefighter, served as the operations chief ahead of the transfer to Team 7. He said two hot shot crews, nine rappellers and two helicopters were working on the fire’s northern division, using the Downy Gulch Road to contain the blaze.

On the Hilo Division, Tayer said firefighters were securing the north edge and working east near Cook Creek.

At risk on the national forest are a handful of grazing allotments. Tayer said cows grazing on Rye Ridge, southwest of the Dry Creek Fire, were removed from their pasture for safety.

Crews are camped all around the fires’ perimeters, Tayer said. Food and supplies are driven in or delivered via helicopter. In some cases the staging areas are a two-hour drive from Enterprise.

Forecasted rain on June 9 should also give crews the upper hand on the roughly 1,600-acre Dry Creek Fire.

“We should make headway in the next 72 hours,” Tayer said.

ENTERPRISE — The Joseph Canyon Fire has grown to about 3,700 acres, according to the latest update from the Oregon Department of Forestry on S…