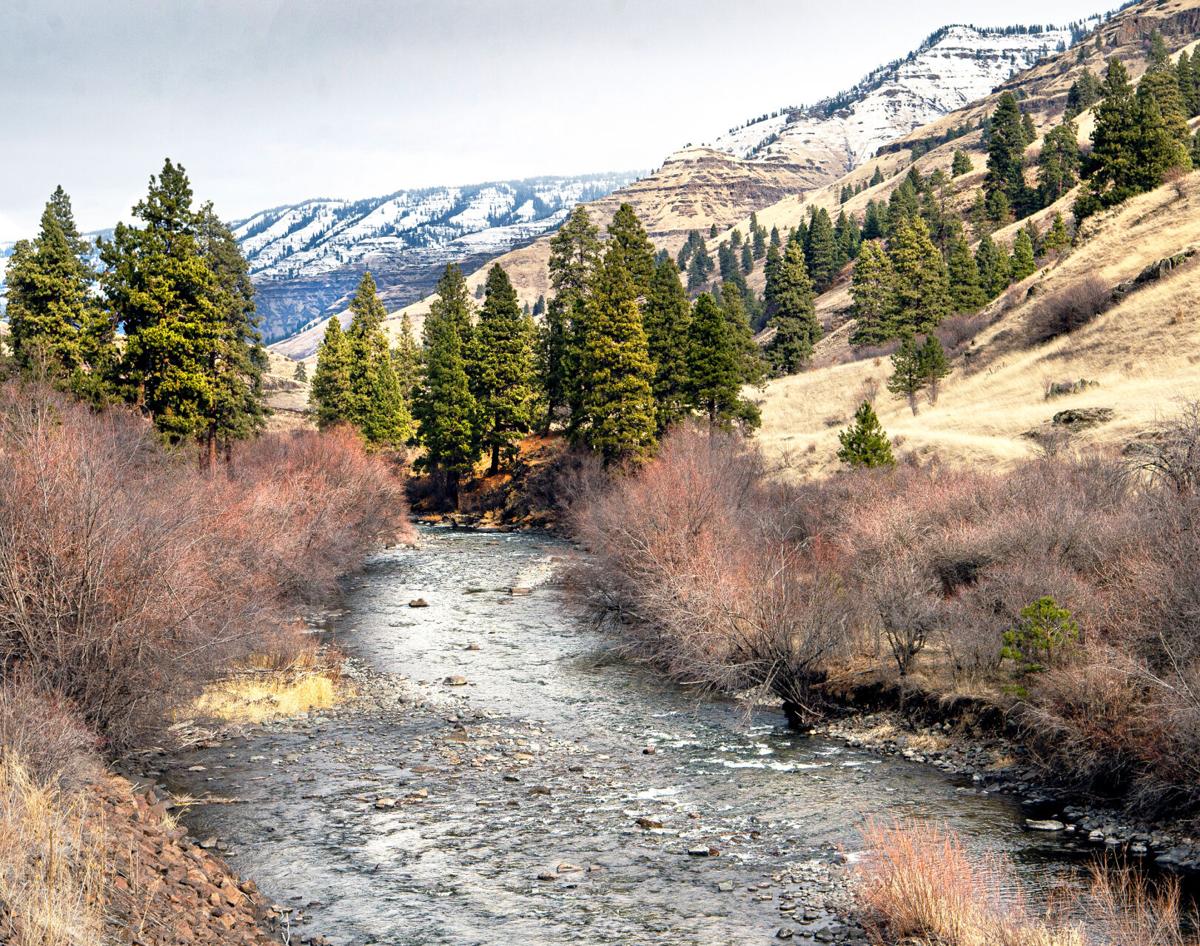 The Imnaha River flows here through private lands 10 miles upstream from the town of Imnaha. The River Democracy Act of 2021, which Oregon U.S. Sens. Ron Wyden and Jeff Merkley cosponsored, would redesignate 58 miles of the river from Indian Crossing to Cow Creek, including this area, as a Recreational River, and label 4 miles of the river, from Cow Creek to the mouth of the confluence with the Snake River, as Scenic. 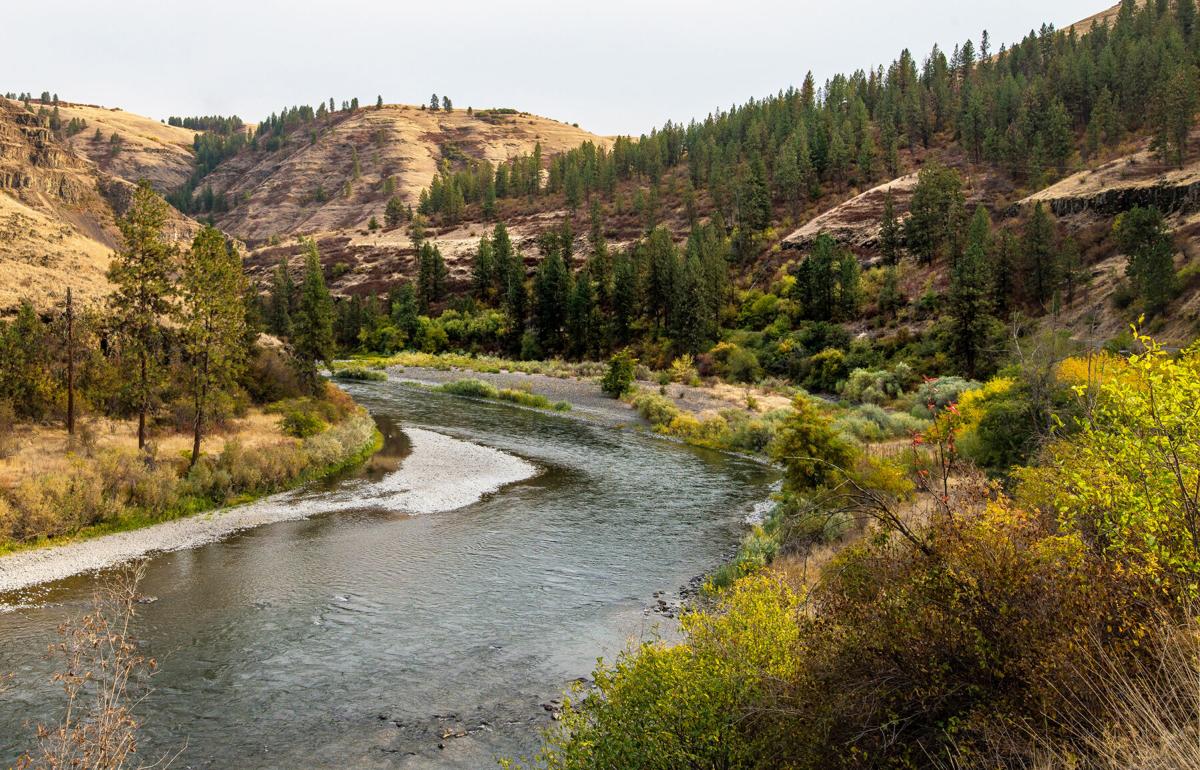 The Grande Ronde River flows here about 8 miles below Troy. A bill from Oregon U.S. Sens. Ron Wyden and Jeff Merkley would expand the National Wild and Scenic Rivers System, designating about 42 miles of the Grande Ronde River as Wild where it runs through the Umatilla and/or Wallowa Whitman national forests.

The Grande Ronde River flows here below Troy. A bill from Oregon U.S. Sens. Ron Wyden and Jeff Merkley would expand the National Wild and Scenic Rivers System, designating about 42 miles of the Grande Ronde River as Wild where it runs through the Umatilla and/or Wallowa Whitman national forests.

ENTERPRISE — Northeast Oregon is wild, scenic and recreational. If a new bill in the U.S. Senate becomes law, more local streams will officially become Wild, Scenic or Recreational, too.

Oregon’s U.S. Sens. Ron Wyden and Jeff Merkley, both Democrats, cosponsored the River Democracy Act of 2021, which would add nearly 4,700 miles of rivers and streams in Oregon to the National Wild and Scenic Rivers system, bringing the total length of protected rivers in Oregon to almost 6,900 miles, or 6.2% of the state’s 110,994 miles of streams.

That includes more than 700 miles in Wallowa, Union, Baker and Grant counties. The new designations include many tributaries important to fish, as well as portions of main stem rivers here and across Oregon.

“This proposed act has the potential to restrict customary use, limit economic opportunity and erode the multiple use character of Union County,” she said. “It will not provide any economic benefit and will have negative impacts on legal water users.”

“It looks as though there will be some impact to private land owners in the Crow Creek-Chesnimnus drainages,” he said. “Private landowners should be compensated if they can’t develop. I’m not in favor of putting undue burdens on private property owners in (agency-developed) management plans.”

The specific protections for each designated stream-reach will be determined by a management plan developed by the U.S. Forest Service or other agency the bill designated. The vast majority of the proposed designations are on federal lands. The bill has language to ensure nothing in the bill would affect private property rights on the short stretches on private lands, according to Wyden spokesperson Hank Stern.

“This is a remarkable achievement by Sen. Wyden,” said Gregg Haller, executive director of the Pacific Rivers Council. “It’s a landmark effort to build climate resiliency into our watersheds, including concerns for drought, increased wildfire, stream temperatures for fish habitat. It’s a very forward-looking bill and it makes Oregon the leader in this area.”

The list of streams is long. All steams and reaches, and their proposed designations, are listed in the River Democracy Act of 2021, available at www.wyden.senate.gov/download/river-democracy-act-of-2021-bill-text.

In Wallowa County, about 440 miles of rivers and streams in the drainages of Joseph Creek and the Imnaha, Grande Ronde and Snake rivers are in the bill. It includes extending the Snake River’s designation in Oregon from the current 66.9 miles to 71.4 miles by including the reach from Cache Creek to the Oregon-Washington border. Portions of previously undesignated creeks that drain into the Snake, Imnaha, Grande Ronde and Wallowa rivers are included. For example, the Snake River tributaries Cache Creek, Knight Creek, Cook Creek and most of Jim Creek would be designated as Wild rivers.

In Big Sheep Creek, the new legislation would classify as Scenic the 12-mile segment from the Eagle Cap Wilderness boundary to the USFS boundary as well as another lower 3.4 mile stretch that also flows through USFS management.

The Grande Ronde River Basin includes about 210 miles of newly designated streams. That includes 42.2 miles of the lower river designated Wild, as well as 10 miles of the river’s headwaters in the Elkhorn Mountains. The stretch from the confluence with the Wallowa River to the Umatilla National Forest would be designated as Recreational. Grande Ronde tributaries receiving designations include the upper portions of Catherine Creek, 8.7 miles of Lookingglass Creek, and 9.5 miles of Indian Creek.

More than 2,500 individuals and organizations nominated approximately 15,000 miles of streams according to Wyden and Merkley’s joint press release announcing the bill.

The Nez Perce Tribe nominated 109.7 miles of streams for inclusion in the new legislation, including 21.05 miles of Joseph Creek owned by the Bureau of Land Management along with the Nez Perce Tribe, and 18.83 miles of Broady Creek on U.S. Forest Service and Nez Perce Tribal land as well as a small amount of private property. These and other nominated streams are important to wild steelhead, providing an estimated 30.7% of these fish within the Grande Ronde River Basin, according to the Nez Perce Tribe’s nominating letter.

“The waterways of the Nez Perce Tribe’s homeland, which include what is today Northeast Oregon, hold particular significance for our people. The opportunity to provide additional protections through Wild and Scenic designation to areas, such as the Joseph Creek Watershed in northeast Oregon, that have critical cultural and ecological resources important to our tribal members, is a welcome one and we appreciate Senator Wyden’s leadership on this issue,” said Shannon Wheeler, chairman of the Nez Perce Tribal Executive Committee.

The U.S. Senate’s Energy and Natural Resources Committee is reviewing the Rivers Democracy Act. Stern said it is hard to predict when the bill might reach the Senate floor for a vote.

About Wild, Scenic and Recreational rivers

Congress created the National Wild and Scenic Rivers System in 1968 to preserve certain rivers with outstandingly remarkable natural, cultural and recreational values in a free-flowing condition for the enjoyment of present and future generations. The original act covered 27 rivers, including portions of the Middle Fork, Clearwater River and Middle Fork of the Salmon River. The 1968 National Wild and Scenic Rivers Act is online at www.nps.gov/parkhistory/online_books/anps/anps_6f.htm.

The 2021 River Democracy Act from Oregon's U.S. Sens. Ron Wyden and Jeff Merkley would expand the federal law. The text of the proposal is here: www.wyden.senate.gov/download/river-democracy-act-of-2021-bill-text.

PENDLETON — Eastern Oregon ranchers said they are wary of federal legislation that would add nearly 4,700 miles of wild and scenic rivers stat…