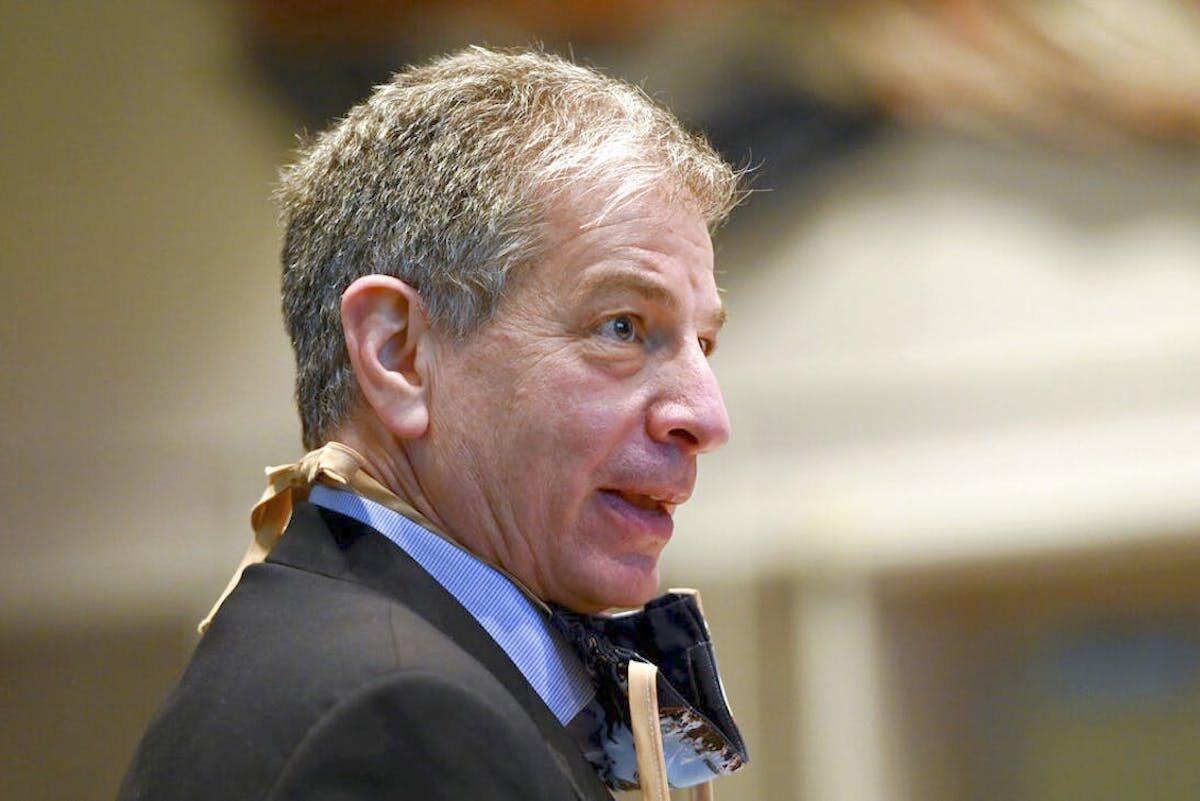 Anchorage, Alaska Mayor Ethan Berkowitz addresses the Anchorage Assembly on Tuesday, April 21, 2020. Berkowitz on Monday, Oct. 12, 2020, admitted to having an inappropriate relationship with TV reporter Maria Athens three days after she made online allegations against him. 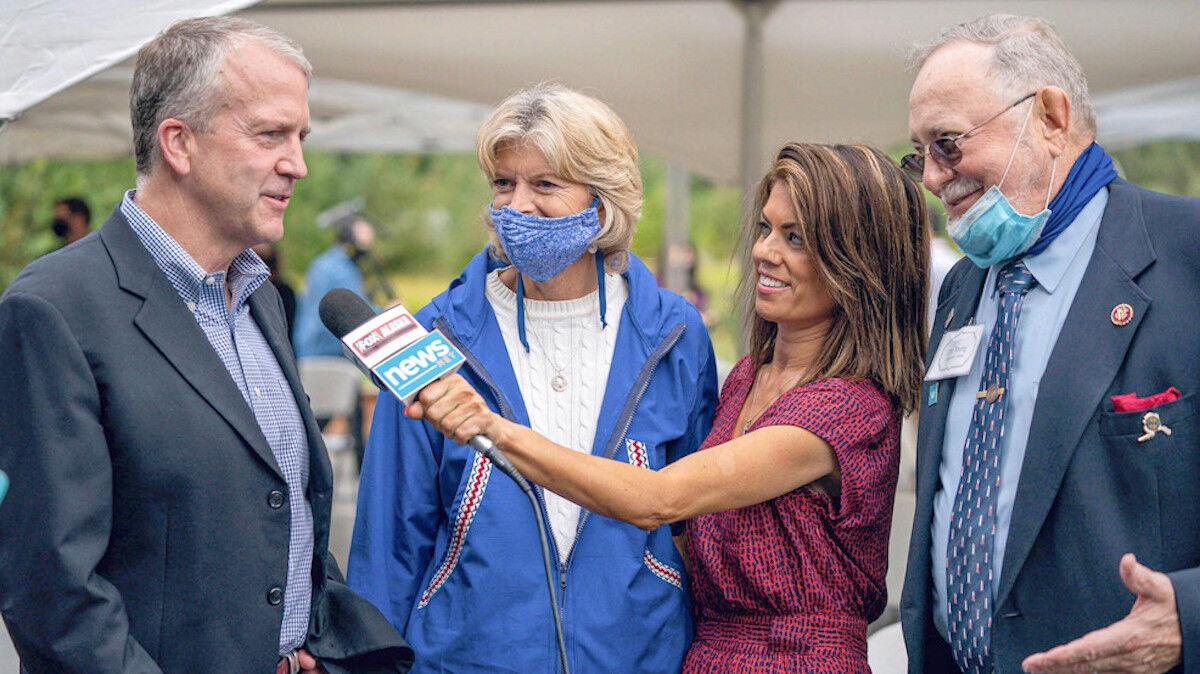 TV reporter Maria Athens interviews Alaska’s congressional delegation at an event on Wednesday, Aug. 26, 2020, in Anchorage. Anchorage Mayor Ethan Berkowitz has admitted to having an inappropriate relationship with Athens and resigned. Athens threatened to expose Berkowitz for posting nude photos online and threatened to kill him.

ANCHORAGE, Alaska — A stunning tale of inappropriate behavior between a politician and a television anchor, death threats and nude photos culminated in a joint police and FBI investigation, the arrest of the journalist and the resignation of the mayor of Anchorage.

Ethan Berkowitz, the top elected Democrat in Alaska, submitted his resignation to the Anchorage Assembly on Oct. 13, just days after he vehemently denied allegations by YourAlaskaLink anchor Maria Athens that he posted nude photos of himself on an underage website.

The mayor’s resignation followed Berkowitz’s jaw-dropping admission Oct. 12 that he was involved in an inappropriate sexting — he called it “messaging” — relationship with Athens, the anchor of a combined Fox/ABC station in Anchorage.

“My resignation results from unacceptable personal conduct that has compromised my ability to perform my duties with the focus and trust that is required,” Berkowitz wrote.

“I apologize to the people of Anchorage for a major lapse in judgment I made several years ago when I had a consensual, inappropriate messaging relationship with reporter Maria Athens. I’m embarrassed and ashamed for the hurt I’ve caused my family and our community. I take responsibility for my actions,” Berkowitz added.

The five days that roiled Alaska’s largest city began the morning of Oct. 9, when Athens allegedly placed a profanity- and racist-laden phone call to Berkowitz. The voicemail, a copy of which was obtained by The Alaska Landmine online blog, started with the caller announcing herself as Athens and rattling off her various network affiliations.

The caller claimed to have learned from sources that Berkowitz had been posting nude photos on an underage website, and that she planned to report this on that evening’s news. The caller threatened to kill Berkowitz, who is Jewish, and his wife, in a diatribe laced with racist insults.

“You either turn yourself in, kill yourself or do what you need to do,” the voicemail says.

“I can’t believe I am such a good person and thought I loved you,” the caller continued. “I don’t even hate you. I will pray for your Zionist f-----g ass. … And I’m putting this on the news tonight. Bye. Have a great Friday!”

The caller also predicted she would win an Emmy for her reporting.

Later that day, Athens taped a tease for the story and posted it to her Facebook page, prompting this denial from the mayor’s office: “The slanderous allegations from Your Alaska Link reporter Maria Athens are categorically false and appear to be the product of someone who is hostile and unwell.”

The same afternoon, Athens posted what she claims to be a photo of Berkowitz’s nude backside as proof of her allegations.

Here is what happened later that day, according to the district attorney’s charging documents:

Athens and the station’s manager, who is described as her boyfriend in the documents, got into an argument while driving in Anchorage. He made her get out of the car and told her she was barred from returning to the station.

Athens nevertheless went back to the television studio and attacked him. When police arrived, she hit an officer trying to arrest her and was placed in full restraints after she tried to kick out the back window of the police cruiser with her high heels.

Athens was charged with assault, criminal mischief and disorderly conduct, and released after posting bail.

Anchorage police and the FBI investigated the allegations and the death threat, but the FBI in a statement reported finding “no immediate evidence to support a violation of federal law; however, the FBI Anchorage Field Office continues to monitor the situation.”

Athens told the Anchorage Daily News she and Berkowitz began communicating in 2016 on the messaging platform WhatsApp.

“When he slided into my texts, he was so smooth with his little witty slogans and pictures,” Athens told the newspaper. She has not returned messages left by The Associated Press.

Athens, a graduate of Seton Hall University in New Jersey, said she was feeling isolated in Alaska, and Berkowitz “gave me attention when I was lonely.” She declined to say whether the texting relationship ever became physical.

Athens said she deleted the messages from her phone, which she said is now in the hands of law enforcement.

She also declined to elaborate on her assertion that Berkowitz was involved in illegal activities, saying it was based on what sources told her. She did not say who the sources were.

This is how airlines are preparing to transport vaccine