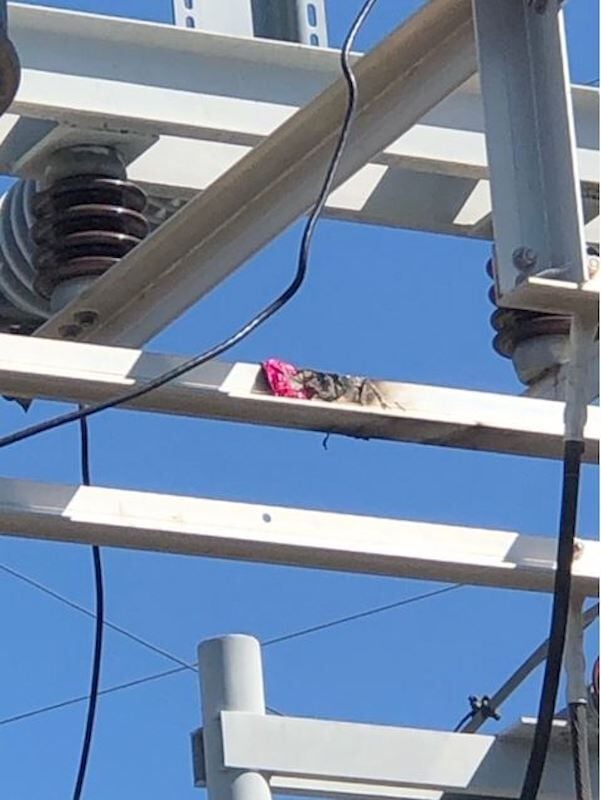 The Oregon Trail Electric Cooperative reports the remains of this mylar balloon indicate it was responsible for knocking out power Wednesday, Sept. 2, for approximately 2,600 customers in Burns. 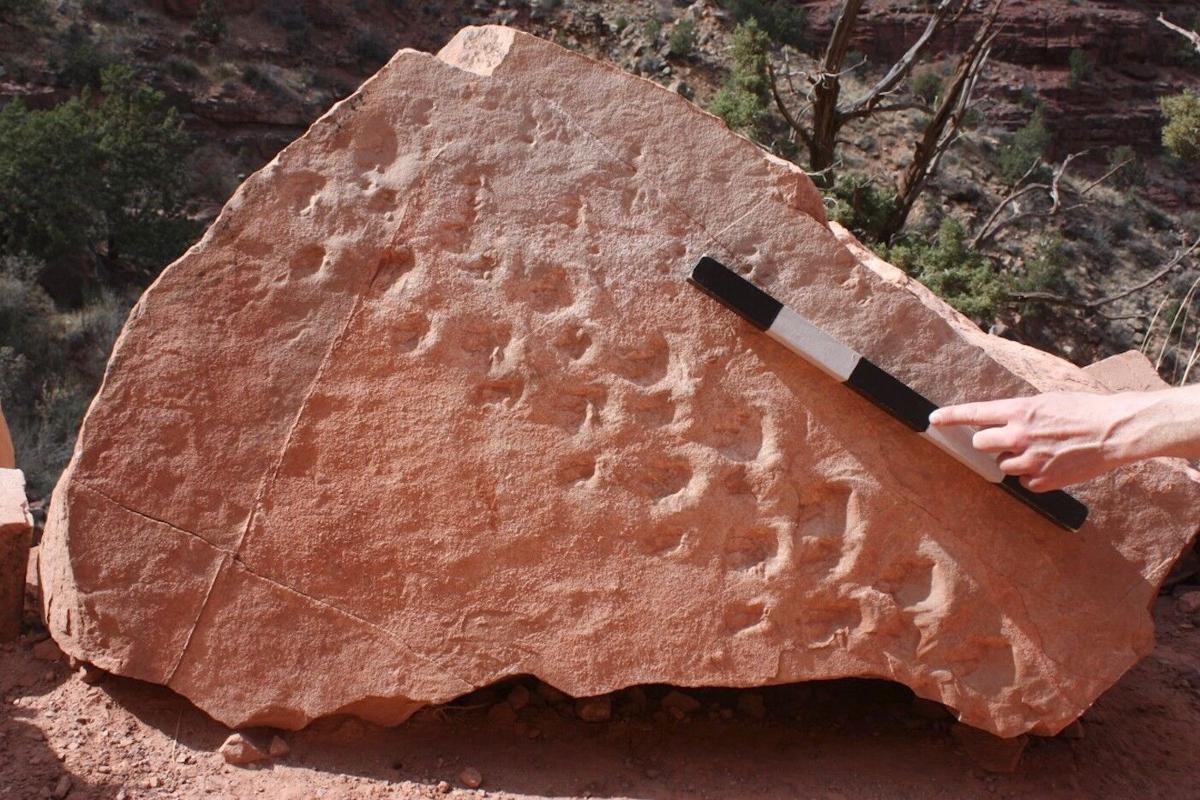 The two sets of fossil footprints at Grand Canyon National Park “are among the oldest tracks on Earth of shelled-egg-laying animals, such as reptiles,” according to paleontologist Stephen Rowland, “and the earliest evidence of vertebrate animals walking in sand dunes.”

The Oregon Trail Electric Cooperative in a press release reported approximately 2,600 members in the Eastern Oregon town lost power Wednesday, Sept. 2, at 1:45 p.m. The cause for the loss of juice appeared to be a large mylar balloon that drifted into a cooperative substation. Crews restored power about an hour later.

“When a metallic balloon touches a power line or floats into substation equipment, it can cause a surge of electricity that short circuits equipment and can lead to power outages, fires, and possible injuries,” OTEC warned in the press release.

The cooperative provided the following checklist to reduce these kinds of outages and help keep the lights on:

• Always keep balloons tethered and attached to a weight.

• When no longer in use, puncture and deflate the balloons before creatively reusing or disposing of them.

• If a balloon or another toy becomes entangled in an overhead power line, do not attempt to retrieve it. Call OTEC immediately.

GRAND CANYON, Ariz. — Paleontological research has confirmed a series of recently discovered fossils tracks are the oldest recorded tracks of their kind to date within Grand Canyon National Park.

The National Park Service in a press release Aug. 20 reported Norwegian geology professor Allan Krill in 2016 was hiking with his students when he happened upon a surprise.

“Lying next to the trail, in plain view of the many hikers, was a boulder containing conspicuous fossil footprints,” according to the press release. “Krill was intrigued, and he sent a photo to his colleague, Stephen Rowland, a paleontologist at the University of Nevada Las Vegas.”

Rowland in the press release said the fossils “are by far the oldest vertebrate tracks in Grand Canyon,” which has a abundance of fossil tracks.

“More significantly,” he continued, “they are among the oldest tracks on Earth of shelled-egg-laying animals, such as reptiles, and the earliest evidence of vertebrate animals walking in sand dunes.”

The fossil shows the passage of two separate animals on the slope of a sand dune. The researchers’ reconstruction of the footfall sequence reveals a distinctive gait called a lateral-sequence walk, in which the legs on one side of the animal move in succession, the rear leg followed by the foreleg, alternating with the movement of the two legs on the opposite side.

“Living species of tetrapods ― dogs and cats, for example ― routinely use a lateral-sequence gait when they walk slowly,” Rowland said in the press release. “The Bright Angel Trail tracks document the use of this gait very early in the history of vertebrate animals. We previously had no information about that.”

The full journal article detailing the research is online at https://journals.plos.org/plosone/article?id=10.1371/journal.pone.0237636.

A comprehensive paleontological resource inventory of Grand Canyon National Park was published this year and is available at https://irma.nps.gov/DataStore/Reference/Profile/2272500.

For more news of all sorts, visit www.lagrandeobserver.com.

'Haven't ruled anybody out': Dominion lawyer on possible lawsuits

Variant first identified in UK now confirmed in 24 US states