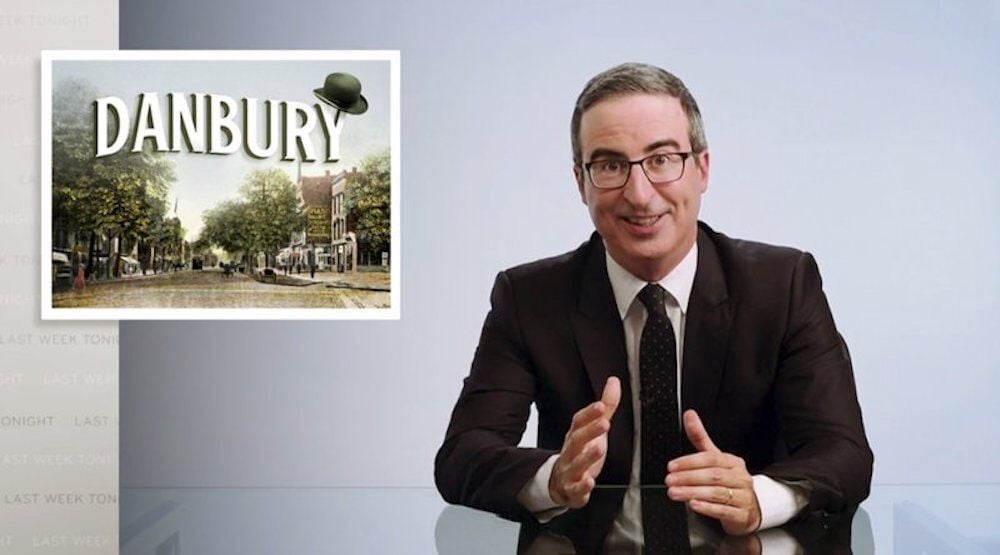 This video frame grab shows John Oliver from his program “Last Week Tonight with John Oliver” on HBO, Sunday, Aug. 30, 2020. On Thursday, Oct. 8, the Danbury City Council voted 18-1 to rename the sewage plant after the comedian. 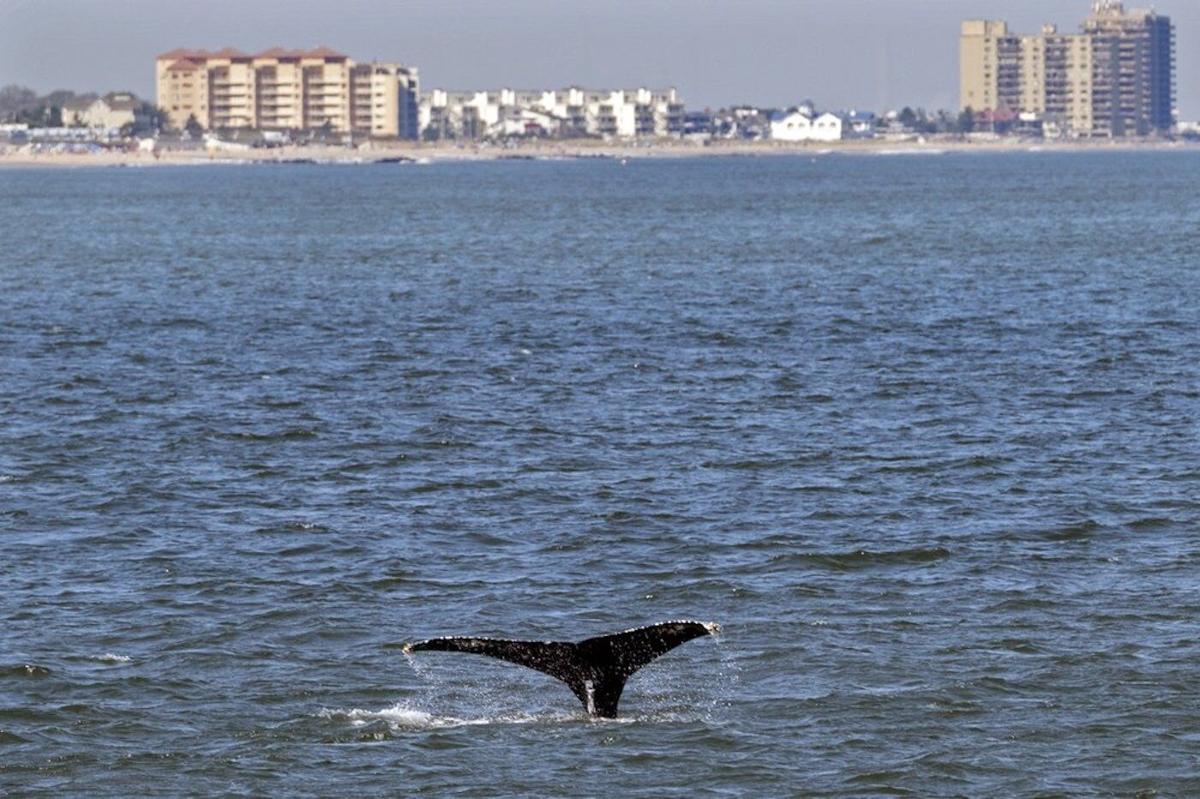 An adolescent humpback whale designated “Whale 0140” dives off the northern New Jersey coast line Wednesday, Sept. 23, 2020. Sights of the whales have increased from a decade ago, with an abundance of menhaden seemingly driving the whale resurgence.

DANBURY, Conn. — It’s official. Every time residents of Danbury, Connecticut, flush, they will be sending their special deliveries to the John Oliver Memorial Sewer Plant.

The city council voted 18-1 last week to rename the sewage plant after the comedian, who began a tongue-in-cheek battle with Danbury when he went on an expletive-filled rant against the city on HBO’s “Last Week Tonight with John Oliver” in August.

Mayor Mark Boughton didn’t waste any time responding on social media. He posted a video of himself at the sewage plant saying the city was going to name it after Oliver.

“Why?” the Republican mayor asked. “Because it’s full of crap just like you, John.”

That drew a delighted response from Oliver, but he went off against the city again because Boughton later said he was just joking.

Oliver upped the stakes on his Aug. 30 show by offering to donate $55,000 to local charities if Danbury actually followed through with renaming the plant.

“I didn’t know that I wanted my name on your (expletive) factory but now that you floated it as an option, it is all that I want,” Oliver said.

Boughton said Friday the feud has been a good distraction from the coronavirus and other troubles of the times. He also said Oliver’s promised donations have helped spur local fundraising efforts for area food banks that could end up collecting a few hundred thousand dollars to feed needy families.

The mayor added he will be offering tours of the sewer plant for $500 donations to local food pantries.

Oliver has offered to provide the new sign for the plant, as well as attend the ribbon-cutting, Boughton said.

Young whales looking to dine flock to waters off NYC

NEW YORK — If you’re young and hungry, the place to go is New York City — even if you weigh 25 tons and have a blowhole.

Whale watch captains and scientists around America’s most populous city say recent years have seen a tremendous surge in the number of whales observed in the waters around the Big Apple. Many of the whales are juvenile humpbacks, and scientists say they’re drawn to New York by an abundance of the small fish they love to eat.

There are numerous theories about why whales are suddenly flocking to the city, but one of the most widely held is that the menhaden population has grown around New York and New Jersey.

Gotham Whale, a New York City-based whale research organization, made more than 300 observations of 500 total whales in 2019, said Paul Sieswerda, the nonprofit’s president. That’s up from three sightings of five whales in 2011, after which a steady climb began, he said.

“Somehow or other more and more whales seem to be getting the message that New York is a good place to dine,” Sieswerda said. “That kind of magnitude of increase is just phenomenal.”

The resurgence of whales in the area has attracted tourists who want to see and photograph the giant marine mammals. But the concentration of whales near New York City also poses risks to the mammals, as they ply some of the most heavily traversed waters on the planet.

The whales are essentially “playing in traffic” by feeding so close to busy shipping lanes, Sieswerda said. And the National Oceanic and Atmospheric Administration has already declared an “unusual mortality event” for humpback whales from Maine to Florida in recent years due to an elevated number of deaths.

Since 2016, NOAA records show 133 humpback whales have died on the beaches and waters of the Atlantic coast. The 29 in New York were the most of any state. Of the dead whales examined, half had evidence of human interaction, such as a ship strike or entanglement in fishing gear.

The appearance of so many whales near New York City calls for environmental stewardship, said Howard Rosenbaum, director of the Wildlife Conservation Society’s Ocean Giants Program. Environmental safeguards, such as the Clean Water Act and Marine Mammal Protection Act, likely helped bring the whales back to New York’s bustling waterways, and more protection can help keep them safe there, he said.

That will take nongovernmental organizations and state and federal agencies working together “to minimize the risk to animals that are using these habitats to feed,” Rosenbaum said. That could include implementing new regulations to protect the mammals from ship strikes, he said. Such rules have sometimes included speed reductions in areas where whales travel and feed.

The New York whales aren’t a standalone population, but rather members of feeding populations that mostly live farther north, such as in the Gulf of Maine, Brown said. And it’s unclear whether the whales are in New York because the larger population is growing.

Brown and other scientists have observed that the presence of the giant whales off New York City could take mariners by surprise, and that could put the mammals at risk of ship strikes or other hazards. Increasingly clean water and a growing diversity of fish to feed on could keep the whales in the New York area for the foreseeable future, she said.

“This is most likely going to continue, and we have to find a way to coexist with these large animals in our waters,” Brown said.

She lost her husband to Covid-19. Hear her tough words for Trump