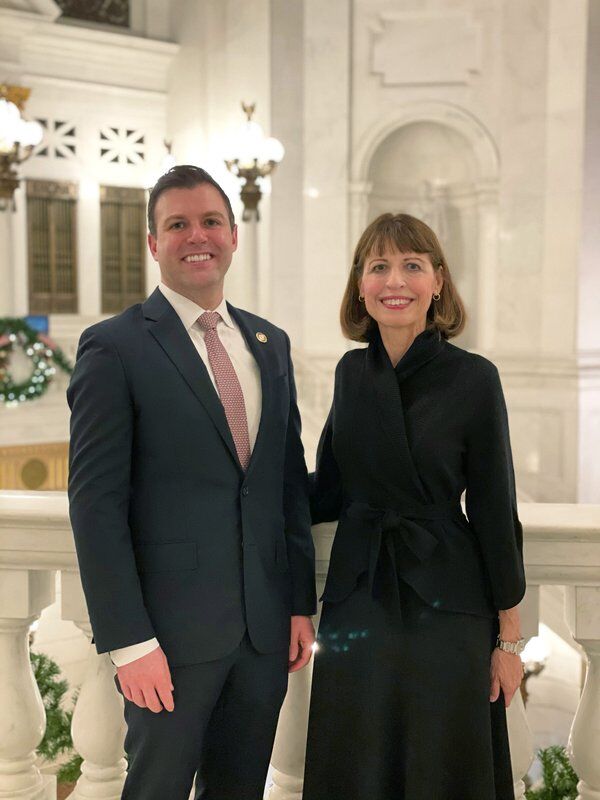 Six-term Republican Rep. Ryan Mackenzie, left, and his mother Milou Mackenzie pose at the Capitol on Tuesday, Jan. 5, 2021, in Harrisburg, Pennsylvania. Milou Mackenzie was elected in November 2020 as a state representative in an adjoining district as her son. She took the oath of office Tuesday. 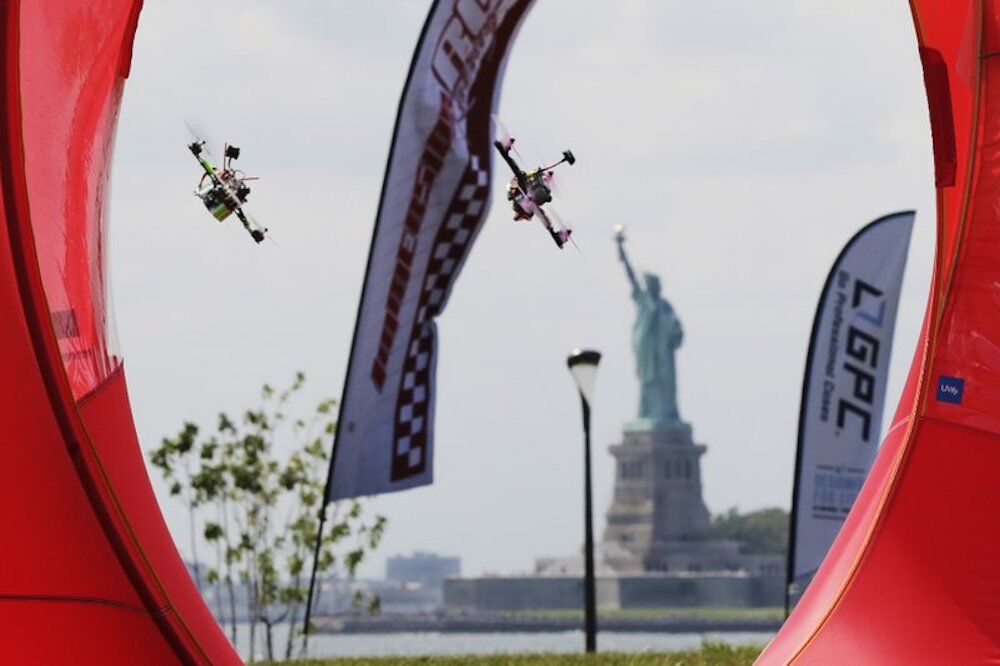 Six-term Republican Rep. Ryan Mackenzie, left, and his mother Milou Mackenzie pose at the Capitol on Tuesday, Jan. 5, 2021, in Harrisburg, Pennsylvania. Milou Mackenzie was elected in November 2020 as a state representative in an adjoining district as her son. She took the oath of office Tuesday.

HARRISBURG, Pa. — An incumbent Pennsylvania state representative was joined by a familiar face when lawmakers took the oath of office Tuesday — his own mother.

Six-term Republican Rep. Ryan Mackenzie’s district borders, for a couple miles, the one that his mother was elected to in November.

Freshman state Rep. Milou Mackenzie, 70, an interior designer and former schoolteacher, is also a Republican. They’ll sit next to each other on the House floor during voting sessions and plan to carpool from their Lehigh County districts.

They lay claim to being the first mother-son pair elected to serve together in the chamber.

“It was really awe-inspiring” to be sworn in together, Milou Mackenzie said. “We didn’t set out to make history or anything, but the fact that it was a historical moment is not lost on us.”

They both laughed when asked what will happen if they end up voting against each other.

“We’re independent thinkers, so I don’t think it’ll cause any problems at all,” she said. “We may disagree at times as family members sometimes do. But it won’t affect our relationship.”

Milou Mackenzie has long been politically active, and when the Republican who last held the seat where she lives announced he would not seek reelection, Ryan Mackenzie, 38, asked his mother if she had any candidates to suggest.

She said she knocked on doors and tried to find someone, to no avail. She prayed about it. Then it struck her.

They both won contested races in November and joined the Republican majority for the 2021-22 session that got underway this week.

South Dakota has a Republican mother-son duo of state lawmakers as well, though they work in different chambers. Rep. Lana Greenfield took over the House seat of her son, Sen. Brock Greenfield, in 2015 when he switched chambers.

Plenty of overhead in this market: Betting on aerial drone races

ATLANTIC CITY, N.J.— In the “gamblers will bet on absolutely anything” category, here’s a new one: A major sports book is taking bets on aerial drone races.

DraftKings said Friday, Jan. 8, it is taking bets for this weekend’s championship of the Drone Racing League, in which pilots fly aerial drones in races.

“The sky is now the limit for DRL fans to get skin in the game, and we’re thrilled to partner with DraftKings to transform our high-speed race competition into the ultimate sport to bet on,” Drone Racing League President Rachel Jacobson said. “The opportunity for us to elevate our engagement through all forms of gaming and gambling will only increase as mobile betting becomes more adopted across the country.”

The sports book and the league are hosting “pre-flight shows” Friday night on Twitter ahead of the live events, in which expert sports bettors and top drone pilots will educate fans on how to participate.

Jacobson said its races are all virtual this year, taking place in a simulation in which real-life drone physics are incorporated. But is also hosts live drone racing in venues that have included Hard Rock Stadium in Miami Gardens, Florida; Alexandra Palace in London, and an auto-museum in Munich.

DraftKings says there’s a market for this. It offered free-to-play contests on drone races last year to gauge interest in the activity, and the response was 30% higher than usual for a new sport introduced to the betting platform. There have been more than 150,000 entries into these free contests so far.

DraftKings said consumer research has shown that drone racing fans are three times more likely to place a bet than fans of major sports leagues, and are 90% more likely to be interested in sports betting than the average sports fan.

The drone league is a privately owned New York company founded in 2015. It has held events in six countries.