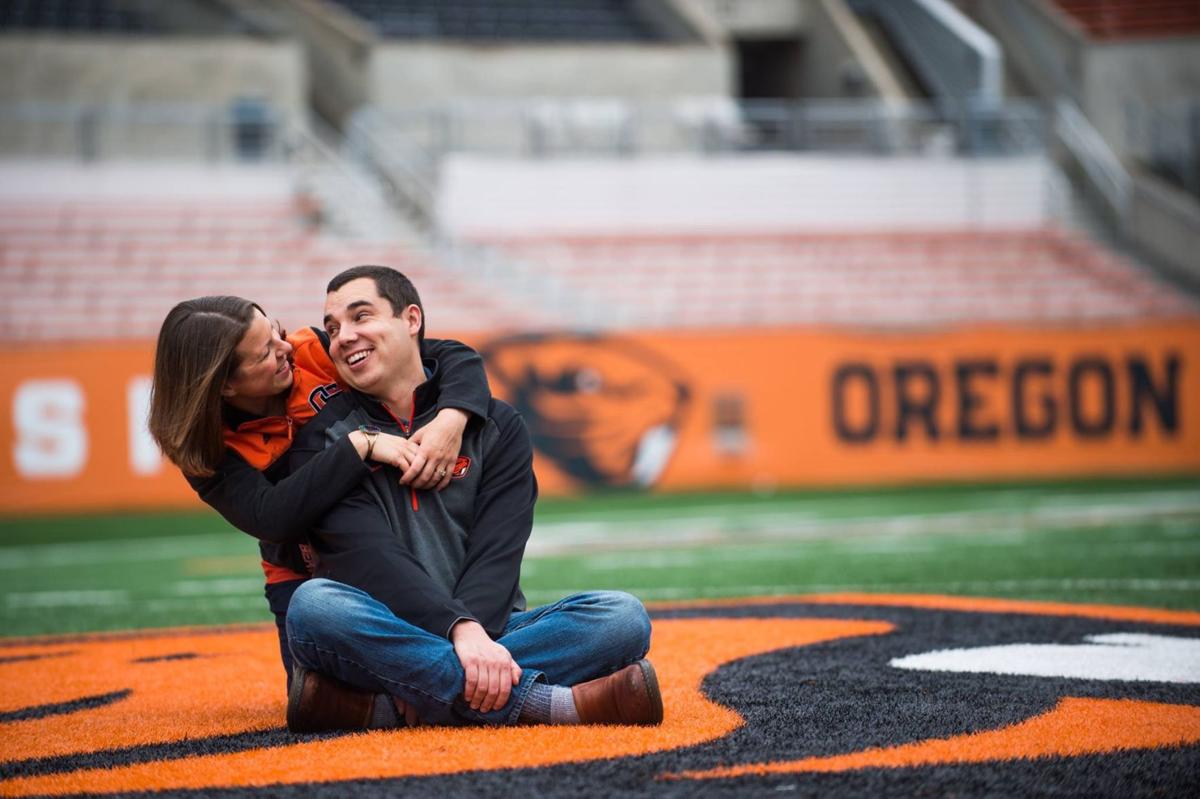 Seth and Stephanie Raleigh have been married for 11 years. Four years ago Seth was diagnosed with cancer.  After four years of fighting cancer Seth and Stephanie are now finding ways to have the best quality of life in the time he has left. 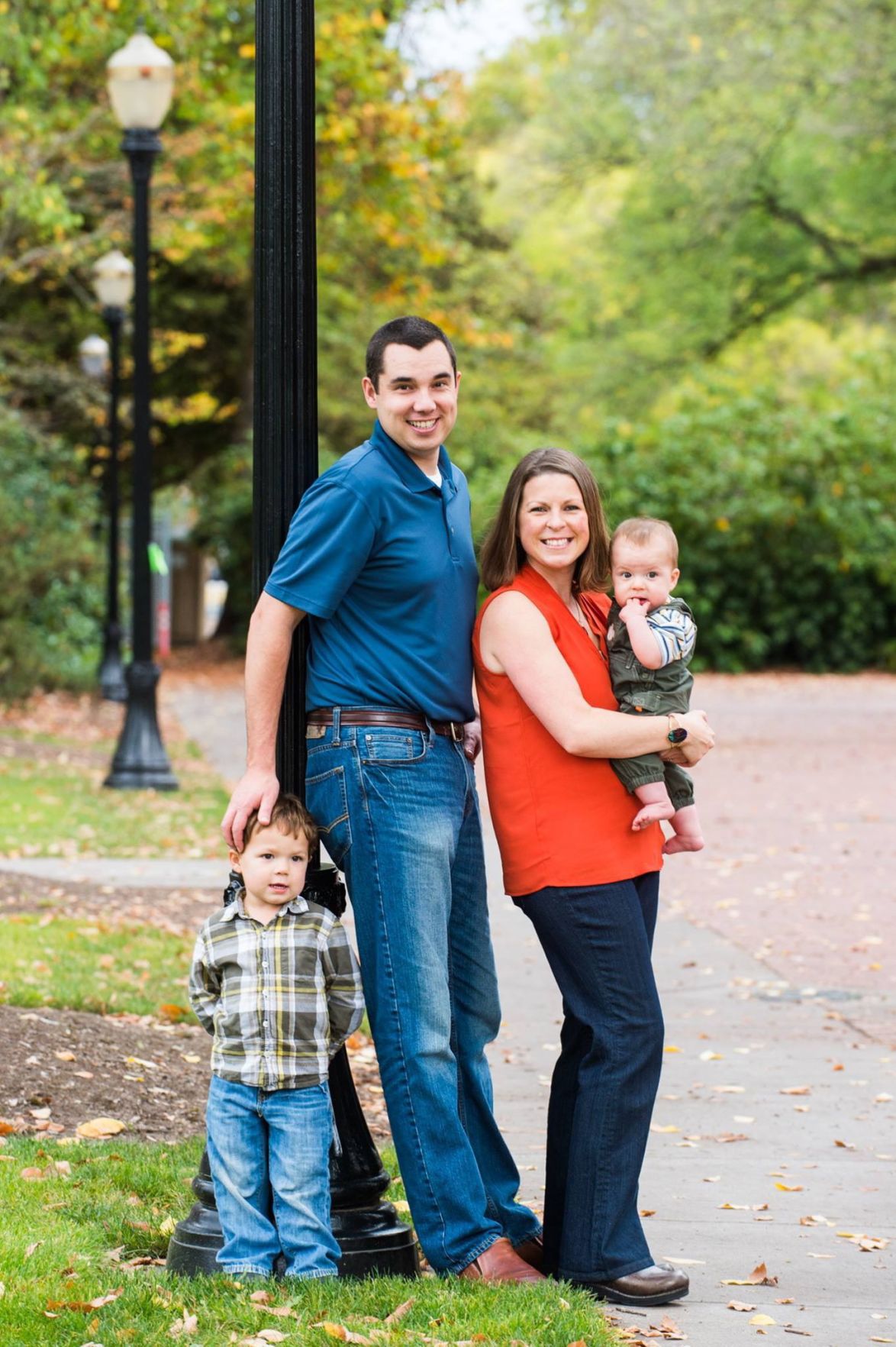 The Raleigh family has remained strong during Seth’s battle with cancer through communication. Seth, Stephanie and their two sons, Sawyer and Finn, are shown here. 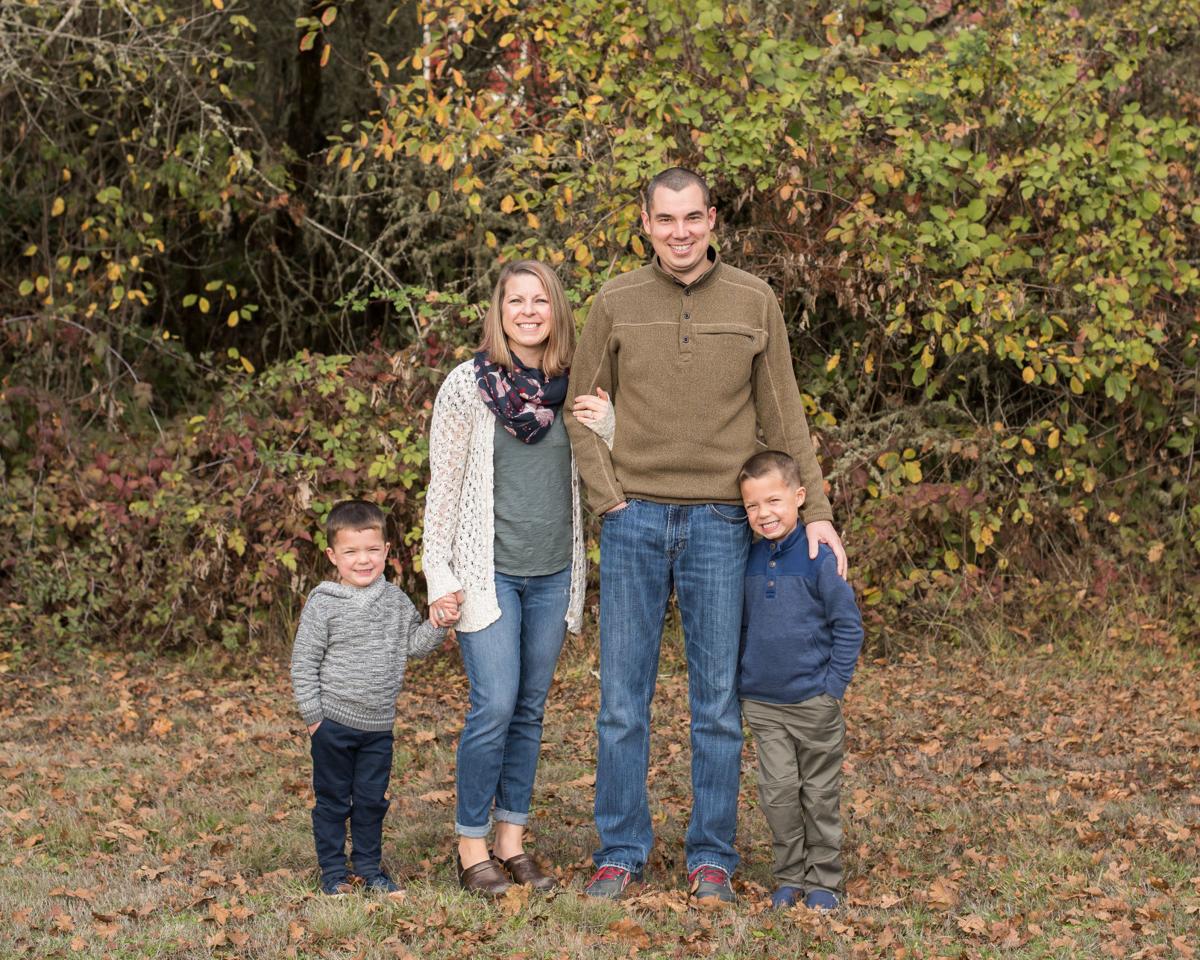 Seth and Stephanie Raleigh pose with their sons, Finn and Sawyer.

Seth and Stephanie Raleigh have been married for 11 years. Four years ago Seth was diagnosed with cancer.  After four years of fighting cancer Seth and Stephanie are now finding ways to have the best quality of life in the time he has left.

The Raleigh family has remained strong during Seth’s battle with cancer through communication. Seth, Stephanie and their two sons, Sawyer and Finn, are shown here.

Seth and Stephanie Raleigh pose with their sons, Finn and Sawyer.

“Cancer sucks.” This has been Stephanie and Seth Raleigh’s sentiment since September 2015 when Seth was diagnosed with Stage III anaplastic astrocytoma, a type of brain tumor with cancerous cells. After four years of fighting cancer, Seth and Stephanie are now finding ways to have the best quality of life in the time he has left.

To celebrate Seth’s life, and raise money for medical expenses, Burn Boot Camp in Corvallis will be hosting a fundraising event called Sweat for Seth on Oct. 26 at Reser Stadium.

Seth was diagnosed with cancer after he had a seizure while at home in Corvallis June 2015. Later that year his doctors did a biopsy and found evidence of cancer in the tumor located near his occipital lobe. After two surgeries to remove some of the tumor, then radiation and chemotherapy to hopefully destroy the rest, a second tumor was found in his left temporal lobe. The third surgery, which happened in July of 2019, to remove that tumor took away some of Seth’s mobility and speech functions. Testing revealed it was a now a Stage IV glioblastoma, and Seth was terminal. The most recent testing has shown continued growth of the tumors.

“With initial Stage III diagnosis, it was all so overwhelming,” Stephanie, who was born and raised in La Grande, said. “I spent about a year where it felt like I was floating. I was in shock.”

After the first year of treatment, things began to normalize for the Raleighs, according to Stephanie. The family found a new sense of normal, and there were many good days. Stephanie said the key to getting through all of this has been talking things out and living every day and every hour in the present.

“We all have a long road ahead of us. Seth’s just might be shorter,” Stephanie said.

The couple has two young boys, Sawyer and Finn, who were 2 years old and 3 months old, respectively, when their father was diagnosed. Stephanie said that while it has been difficult raising her sons and helping care for her husband, having the support of family and the community makes things so much easier. She said that because of the kids’ ages not much has changed for them. However as they are getting older, with Sawyer turning 7 in November and Finn turning 5 in March, they are beginning to understand more about what is happening. She also said that being open and honest with her children, and getting them counseling, is important.

“Before July, we never used the word ‘cancer,’” Stephanie said. “They’ve had family and people they’ve known who died of cancer, and before July we were not at that point yet. But now we are open with them, talking to them about the changes they may see.”

Stephanie Kirkeby was born and raised in La Grande, graduating from La Grande High School in 2001. She attended Oregon State University, where she met Seth through a mutual friend in 2005.

“It was funny because even though we lived in the same dorm freshman year, we never met,” Stephanie said.

She said it was a fast kind of love. Within a month they knew they wanted to spend the rest of their lives together. They graduated from OSU and stayed in Corvallis but kept their ties to La Grande through Stephanie’s parents and friends who stayed in the area. The couple married in 2008.

“Things like this can, and often do, break up families, but we don’t want that to happen to ours, so we work through it,” Stephanie said.

As Seth was going through treatment, Stephanie said she felt a little lost and lacking in motivation to remain active. So she found Burn Boot Camp in Corvallis and dedicated 45 minutes a day to focusing on herself.

“I fell in love with the workouts and the people and have been a part of the gym for a year now,” Stephanie said.

When the gym learned about her story, the staff there took it upon themselves to organize a fundraiser to support the family, and Sweat for Seth was created.

The event will be hosted at OSU’s Reser Stadium Oct. 26 starting at 9:30 a.m. There will be a 45-minute workout for adults with child care and activities for children provided during the event. Tickets are $15 per person and $5 per child, with 100% of the proceeds going directly to the Raleigh family.

“Seeing the way the community has rallied around my family, to see how loved we are, leaves me speechless,” Seth said in a press release announcing the event. “And really, that is all any father could want. For his family to be taken care of in the same way he would.”

Stephanie’s advice to those who are going through something similar is to lean into everything, say thank you to people who want to help and support you, talk, keep moving forward.

“Talk about how you are feeling with people and be open, because you never know who is listening,” Stephanie said. “And cancer sucks, don’t be afraid to say that.”