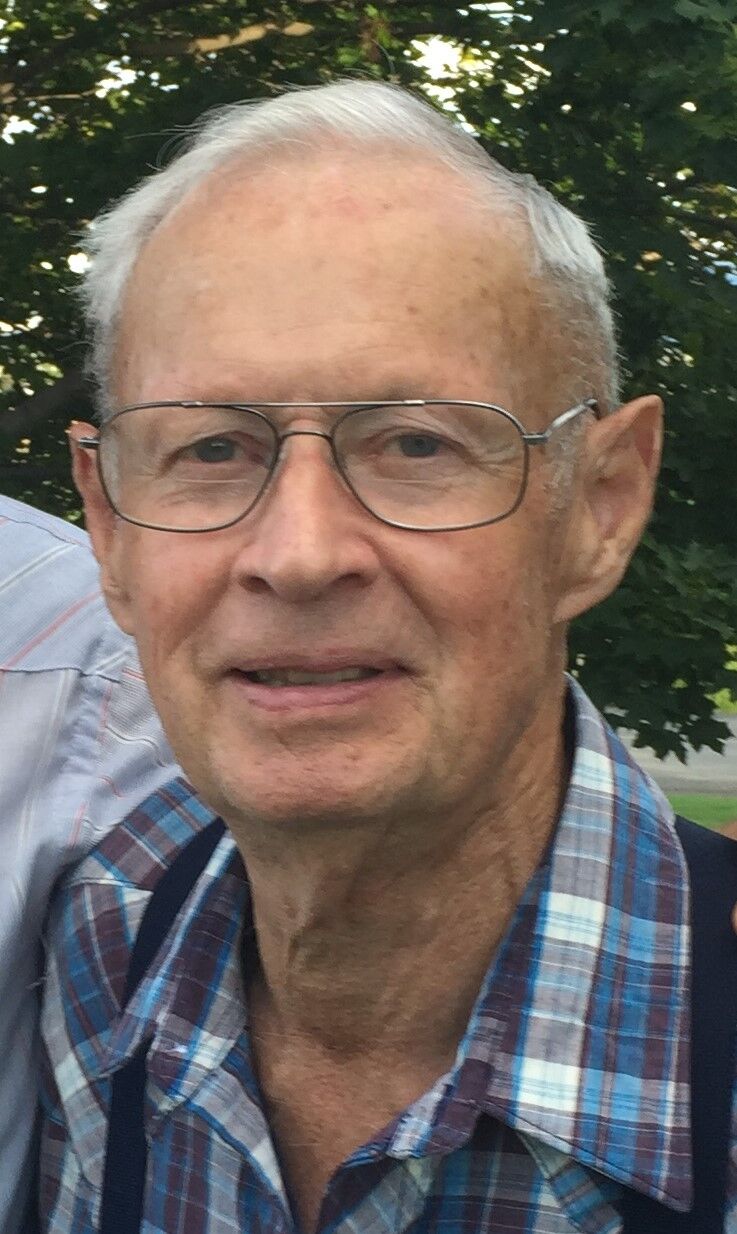 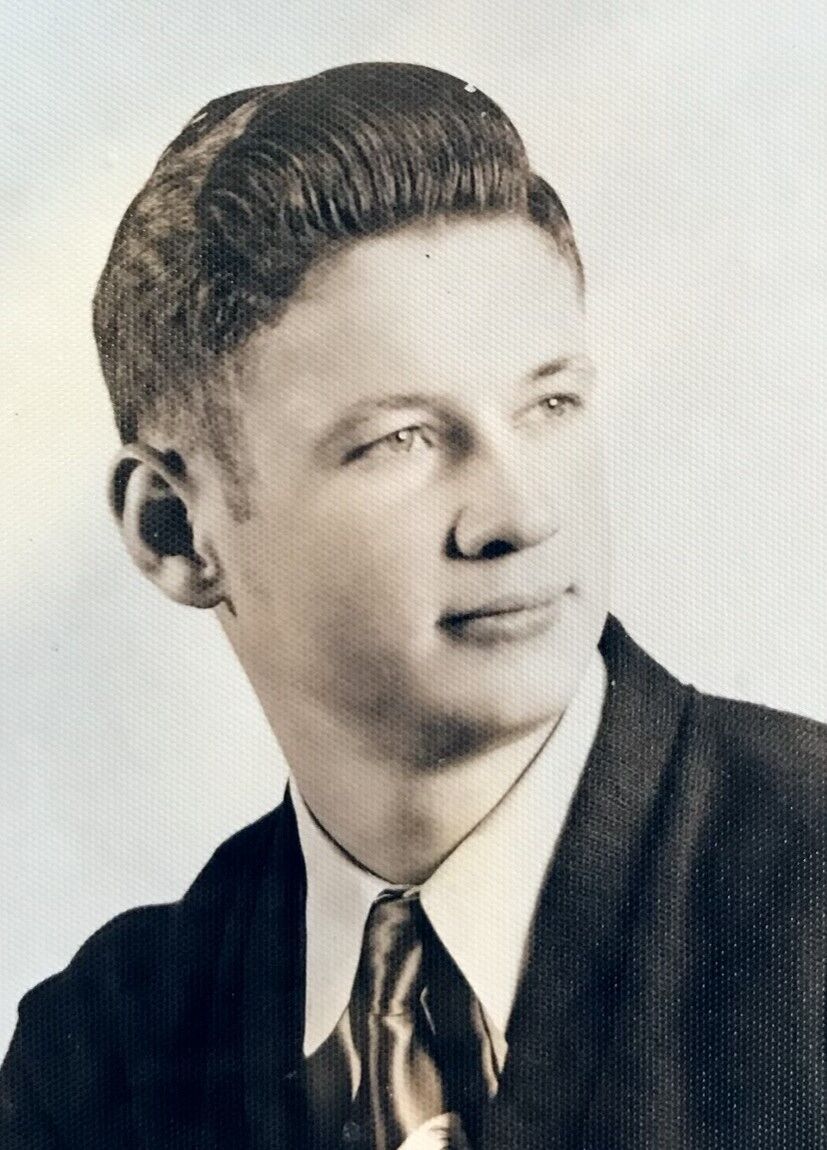 Albert Hurshel Quebbeman, beloved husband, father, grandfather, and great-grandfather, passed away peacefully at home on January 8, 2021, a few days short of what would have been his 87th birthday. He was born January 25, 1934, in Miles City, Montana, to Albert Loren Quebbeman and Opal May Bottles. When he was three his family moved to the Grande Ronde Valley, eventually settling in Imbler. Just days after his ninth birthday, his mother died. He gained a true second mother in his father’s second wife, Blanche Whiting.

Hurshel attended every grade of school with his future wife, Elva Mae Hunt, until their graduation from Imbler High School in a class of six boys and six girls. They married on June 22, 1954, and were sealed in the Los Angeles Temple on April 26, 1956, after Hurshel’s 1955 baptism into the Church of Jesus Christ of Latter-day Saints. They made their home in La Grande, Oregon, where Hurshel lived the rest of his life. After Elva’s death, Hurshel married Donna Donahue on October 18, 1997, in the Boise Temple.

Hurshel used his significant mechanical talents in service of his career, the stewardship of his household, his historical interests, his artistic pursuits . . . and courting! A hot-rod enthusiast, teenage Hurshel could be heard before seen as his souped up car would approach Elva’s family’s farmhouse. His role as an aviation mechanic for the Air Force took him to Guam for a year after his first child was born. Upon returning, he embarked on a lifelong career as a heavy equipment mechanic for Western States Caterpillar. The job required many hours of field work in extreme conditions, about which he never complained. He counted at least seven close calls that could have ended his life while in the field, but he loved working in the beautiful mountains of Eastern Oregon, which he captured over the years in landscape photography.

In his spare time, he restored antique tractors and Caterpillar equipment, in addition to black-powder weapons. Inspired by the legacy of both of his blacksmithing grandfathers, he built a turn-of-the-century replica blacksmith shop from logs he milled on his homemade sawmill. There he crafted tools and sculptures alike, often with the help of grandchildren; many a Boy Scout received his Metalworking merit badge there. His home and cars benefitted from his careful repairs, camping trips were improved by his resourcefulness (which once led to a log-turned-canoe via chainsaw), and children enjoyed the go-carts, zip lines, and swing sets he built. Even the family dog, Spot, profited from Hurshel’s hands in his most cozy and efficient of doghouses.

Hurshel’s sixteen years as an exceptional Scoutmaster included the building of an entire log cabin with his Scouts and teaching them to start a fire with bows and sticks — inside the scout room. Like his grandfather before him, Hurshel was an inventor. Some of his most ingenious creations aimed to make life easier for his first wife, Elva. Elva and Hurshel made a wonderful team, complementing each other’s strengths. Their motto was “Use it up, wear it out, make it do, or do without.”

Elva suffered from a severe neurological disorder that resulted in quadriplegia soon after the birth of her third child. Hurshel gave loving, devoted care to her for the decades that followed, not only attending to her necessities but also curling her hair, turning pages of her newspapers, and becoming her hands in the kitchen. There he became an excellent baker of bread, cookies, and pies and led all his grandkids to believe that holding oven-ready dough to their cheeks was essential to his culinary success.

It was a gift from heaven when Hurshel and Donna found each other after Elva’s passing. They have been loving, supportive, and inspiring grandparents and great-grandparents. Hurshel and Donna completed a church mission to Samara, Russia, and Stockton, California, in 2001 and 2002. They also served in the Boise Temple before and after their mission. They enjoyed traveling around the country and abroad, in addition to making improvements on their home and pursuing their hobbies.

Hurshel, or “Daddy,” as his grown kids always called him, was kind to all and hard working, showing his devotion to his church and family through service. In his view, the most important church calling he ever had was Home Teacher. Dependable, loyal, and resourceful, he provided a secure foundation for his family, whom he loved quietly but fiercely and sacrificed much for. He even built them a bomb shelter during the Cuban Missile Crisis, just in case. He was deeply rooted to the land and would regularly tend to and enjoy his property on Pumpkin Ridge.

Underneath his strong exterior lay a tender heart and deep sense of nostalgia, which fueled his rich slideshow displays of days past. Fascinated by history, he left a veritable museum of carefully curated objects from his childhood and beyond and once tried taking up the fiddle after reading about a fiddler in old Oregon. His life was governed by order, efficiency, and routine (visitors at his house got oatmeal made at 5:30 a.m., no matter when they woke). But he was an imaginative creator as well, one who would work in his garage on a hovercraft with Elvis playing in the background.

Hurshel made the most of what the present moment offered, valued what had been, and pursued what could be.

No funeral services will be held at this time because of the risks associated with the pandemic. The memory of Hurshel can best be honored by passing along a good deed.

To plant a tree in memory of ALBERT QUEBBEMAN as a living tribute, please visit Tribute Store.