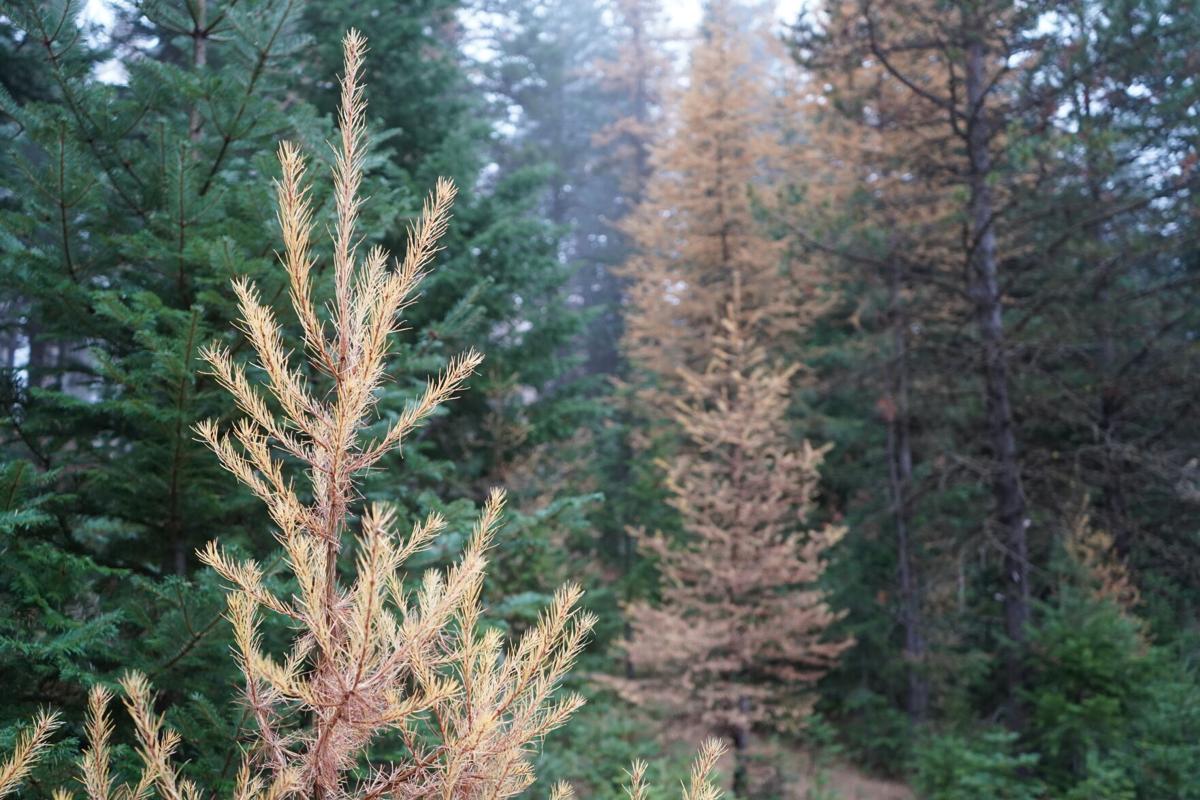 A young tamarack, a species known for its brilliant autumn coloring, prepares to drop its needles near Catherine Creek Summit, Nov. 6, 2020. 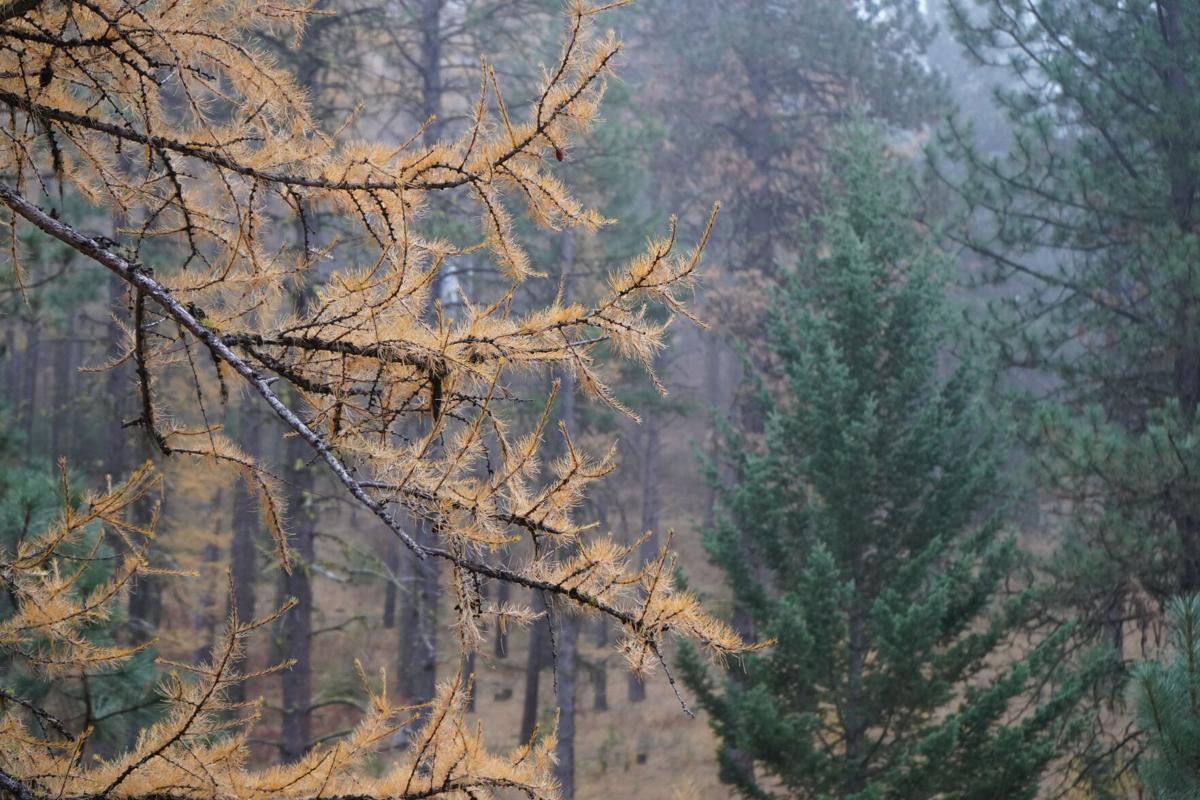 The limb of a western larch, which many call a tamarack, stands out among its neighbor firs and ponderosa pines, Nov. 6, 2020. 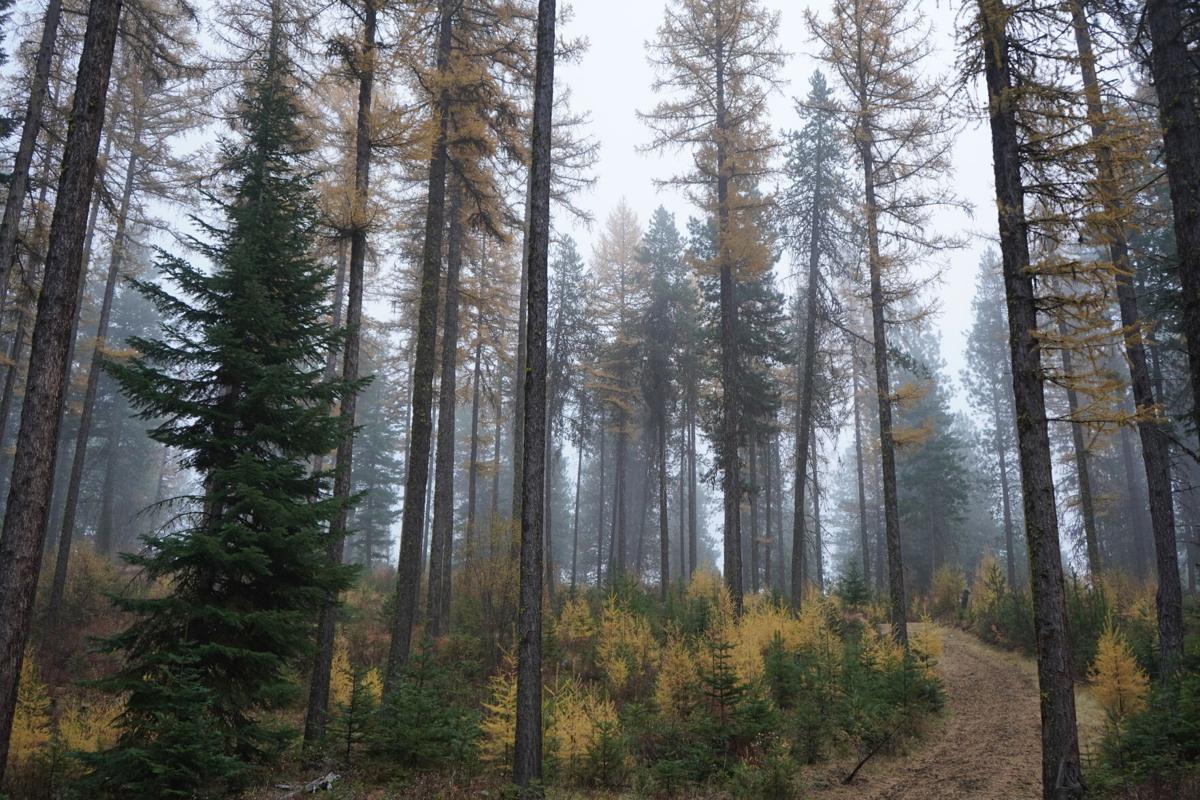 A stand of tamarack (Larix occidentalis) reach skyward on a foggy morning on Frasier mountain, Nov. 6, 2020.

A young tamarack, a species known for its brilliant autumn coloring, prepares to drop its needles near Catherine Creek Summit, Nov. 6, 2020.

The limb of a western larch, which many call a tamarack, stands out among its neighbor firs and ponderosa pines, Nov. 6, 2020.

A stand of tamarack (Larix occidentalis) reach skyward on a foggy morning on Frasier mountain, Nov. 6, 2020.

MEDICAL SPRINGS — A drive down a familiar road these days can feel less like a trip through friendly territory and more like doomscrolling. The red and blue propped up in every other yard, on every other bumper, in every other radio ad and in every single news update can be like a thorn in the toe of a boot, constantly reminding you that it's there, it's uncomfortable, and until something stops it's not going anywhere.

But each day, as part of my commute, I drive through a part of the Wallowa-Whitman National Forest and see different colors. I see a sea of green and gold.

The western larch, our deciduous conifer in Northeast Oregon — known as tamarack to many — is lighting up the forests right now in a brilliant display of color that can steal the breath from even the most seasoned outdoor enthusiast.

Spectacular stands of autumn color stripe the canopy in the Catherine Creek drainage like veins of precious metal, and beds of their tiny, delicate needles have begun to accumulate around their trunks.

There are a million reasons to love tamaracks. Some love them for their color, others for the softness of their needles in the summer, others for the quality of the wood they provide once they've lived out their lives.

Most of the species in this area are relatively small and grow in tightly packed clusters, but if you know where to look (like on the Imnaha River west of Indian Crossing), you can find some colossal specimens that sprouted hundreds of years ago.

Where the blooming of a fruit tree fills the heart in springtime, so does the turning of a tamarack inspire awe in autumn.

In the morning, the first light of the day makes the eastern sky burn orange through the smoke of a prescribed burn near Medical Springs. In the evening, the pink light of sunset shines on the granite slopes of the Eagle Caps, and at their feet: an ocean of tamarack, fir, ponderosa and their cousins.

For miles and miles, as it has for thousands of years, the forest sways with the breeze and goes about its business, election or no election.

This weekend, I'll be leaving my screens at home, and my news alerts, social media and anxiety with them. Instead, I'll be out among the trees, miles from the nearest political sign, seeing something beautiful that fills me with hope and wonder at the world.

Soon, the tamaracks will lose their needles. The snow will fall and begin to stick. The freeze will set in and stay. Officials will be sworn in to begin their terms. The days will grow shorter and darker, and 2020 will finally end.

And then spring will come. The ground will thaw. The snow will melt. The tamaracks will regrow their needles. Summer will be right around the corner once again.

I'm getting outside again before we begin in earnest the descent into winter, while it's still warm enough to bask in the sun on a south-facing slope. It's worth walking among the trees and feeling the pine needles crunch underfoot before we're all plagued by the crunch of ice and snow.

Take a breath. Take a break. The election coverage will still be there on Monday, and for many Mondays to come, as will the video games, social media and streaming services we've all indulged in so thoroughly this year. There will be time for it all later.

Whether you've seen tamaracks a thousand times before or whether this is the first you've heard of them, consider spending some time this weekend among the gems of the Northwest.

Take it from me — there's nothing like it. And there's nowhere I'd rather be this weekend than walking among the tamaracks.