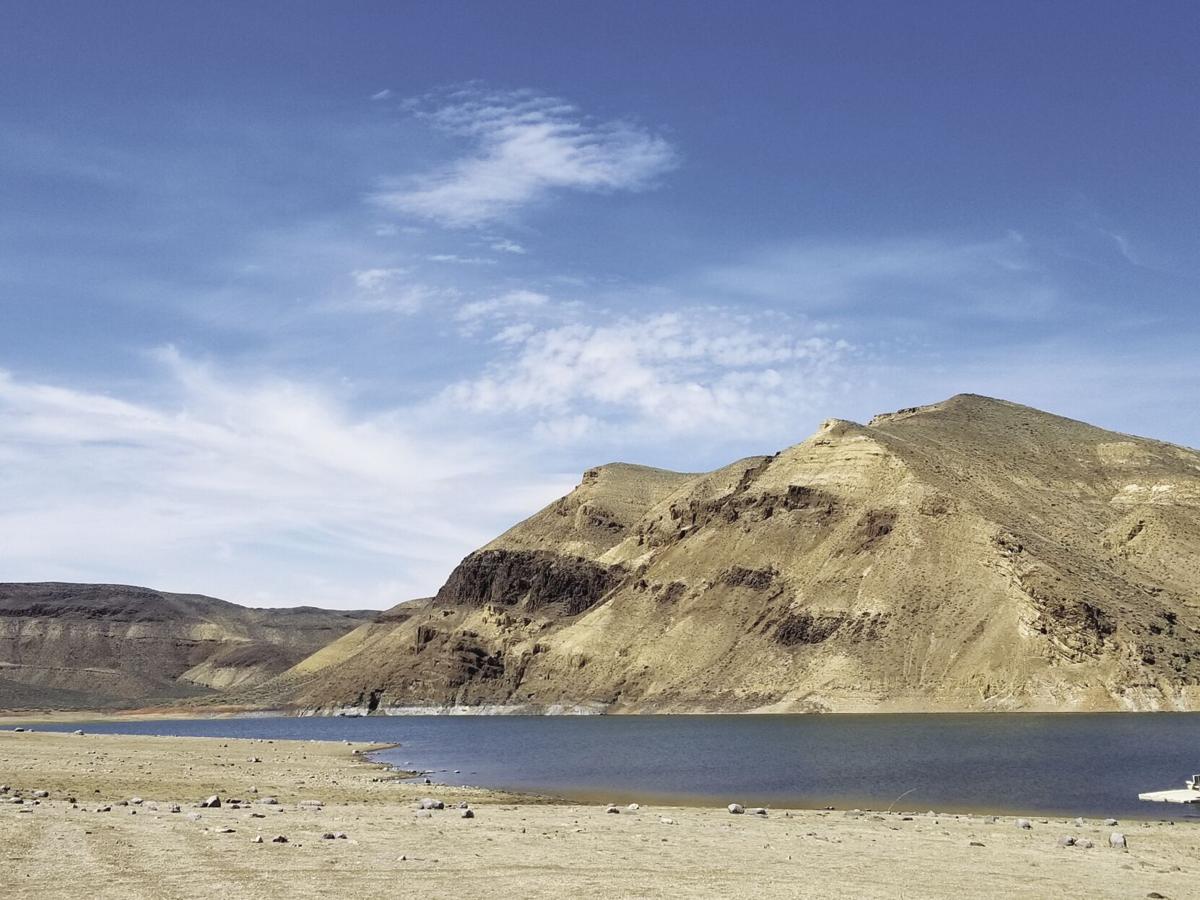 The Dry Creek arm of Owyhee Reservoir in Malheur County south of Vale. 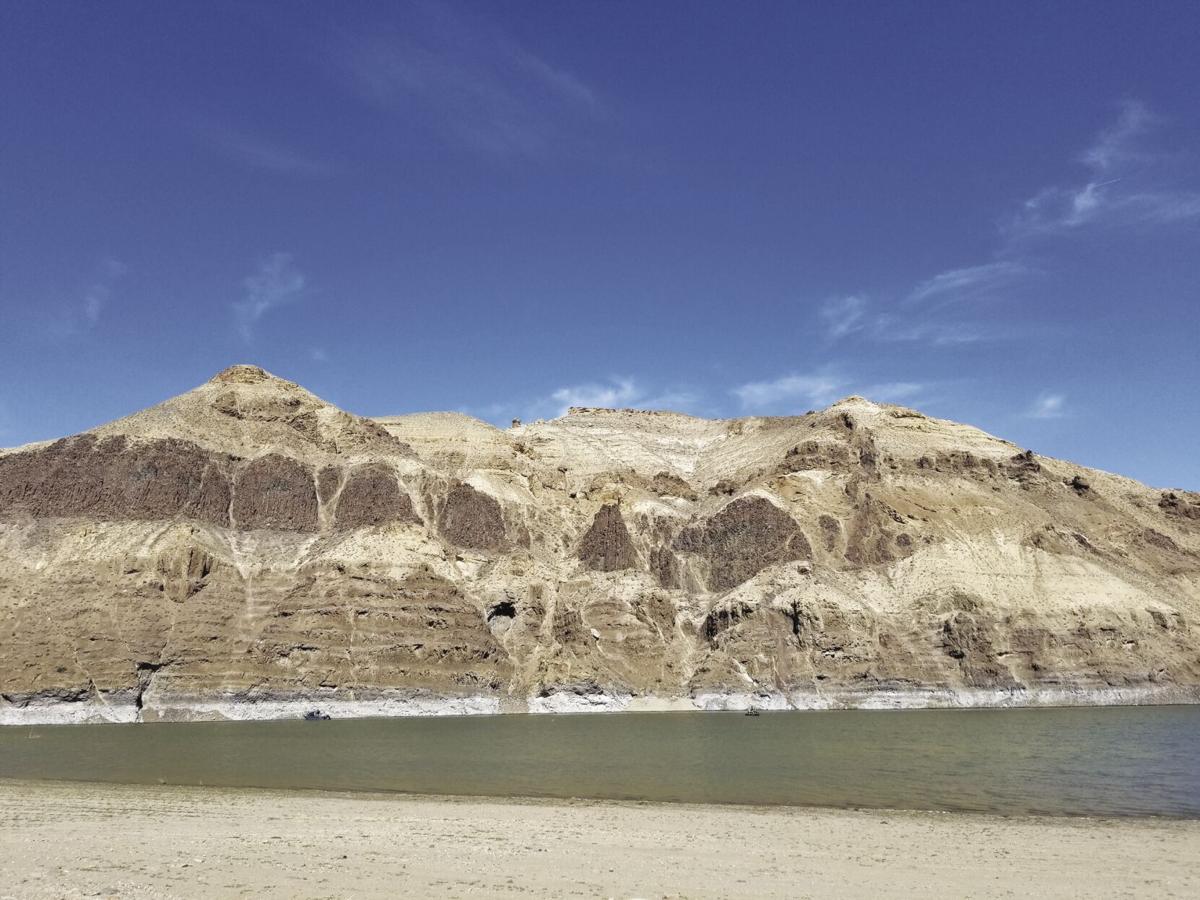 Bands of volcanic rock loom above the Dry Creek arm of Owyhee Reservoir in Malheur County south of Vale.

The Dry Creek arm of Owyhee Reservoir in Malheur County south of Vale.

Bands of volcanic rock loom above the Dry Creek arm of Owyhee Reservoir in Malheur County south of Vale.

When I pick up a map my eyes gravitate to the blank spots.

I find all aspects of cartography fascinating — the tiny words that designate a massive mountain, the serpentine blue lines that can never quite capture the true meanderings of a stream.

But nothing interests me so much as those places on a map which are absent any feature.

We know, of course, that this emptiness (on land; oceans are a different matter) is relative rather than real. There’s something out there, even in areas with no place names.

Oregon’s southeast corner is abundant in such places. This is wholly appropriate for one of the most sparsely settled regions in the lower 48. The three counties that comprise much of the area — Lake, Harney and Malheur — sprawl across 28,514 square miles.

Yet the total population of the three southeast counties is just 47,470, less than half the number of people who live in Bend alone.

But even that comparison is somewhat misleading. The three-county population, meager though it is, in one sense greatly exaggerates the region’s population density. Of the 47,470 residents, almost half — 23,430 — live in one of just six towns: Ontario, Nyssa, Burns, Lakeview, Vale and Hines. Outside those cities the population density throughout the three counties is below one person per square mile — 640 acres.

Suffice it to say that if you venture away from one of the few highways or other paved roads, the only traffic congestion you’re likely to encounter is a herd of cattle, deer or pronghorn.

(And the pronghorn, like as not, will be running far faster than you can safely, or comfortably, travel in a rig, what with the typical condition of the backroads in an area where pavement is as rare as rimrock in a metropolitan downtown.)

One of the bigger bare stretches on the map is also one I had been hankering to revisit since I first ventured there with my dad about 20 years ago.

This is the area west of Owyhee Reservoir and south of Highway 20.

To put into perspective the scale of this region, from Vale, the nearest paved road to the south — Highway 95 at Jordan Valley — is about 75 miles away.

To the southwest, Highway 78 — which runs from Burns to Burns Junction, where it meets Highway 95 — is about 60 miles, with not a single settlement between.

This is not a place to have a flat tire and no spare.

A place where the whine of a starter that fails to get the engine running is perhaps the most frightening sound imaginable.

A place, perhaps most importantly, where a nearly full tank of gas is the best sort of insurance.

This region is probably best known, at least in the past few decades, for the interest that multiple mining companies have shown in the microscopic, but extensive, gold deposits around Grassy Mountain, about 22 miles south of Vale.

Paramount Nevada is the firm currently working on a proposal to extract the precious metal.

Until the heavy equipment arrives, though, the area is fantastically lonely.

As is the case with most of Oregon’s southeast corner, the Owyhee country is primarily sagebrush steppe, the famous high desert in the rain shadow that the Cascade Mountains cast across much of Oregon.

But it is hardly the featureless, monotonous landscape that the scarcity of words on large-scale maps, such as an Oregon highway map, implies.

Once you leave the irrigated valley of the Malheur River near Vale, the Twin Springs road climbs ridges, dips into dry gulches and passes rimrock outcrops and water-sculpted badlands. Geologically speaking this is volcanic country, the rocks predominantly basalt and rhyolite, with layers of volcanic ash in places.

The lone oasis in the approximately 37 miles south of Highway 20 is Twin Springs campground. Formerly a homestead, the property was returned to public ownership in 1963.

The road was in relatively good shape when we drove it on April 3, the berms left by the grader’s recent passage still looking fresh. But that changes a few miles south of Twin Springs, as the road descends into a gulch that leads to Dry Creek. The stretches of steep, boulder-strewn road are best-suited for a high-clearance four-wheel drive vehicle.

I was drawn to Dry Creek not only because so many years had passed since I went this way, but also because I had only recently realized that one of Oregon’s most unusual enclaves of vacation cabins is nearby.

When my dad and I were here we drove just a short distance along the Dry Creek Road, dissuaded, as near as I can recall, by the boulders and by the uncertainty that we would actually reach the reservoir.

But a while back I happened to be gliding over Owyhee Reservoir, courtesy of Google Earth, when I noticed a cluster of structures on the south shore of the reservoir’s Dry Creek arm, one of its longest coves.

This piqued my curiosity, and prompted our April 3 trip.

We parked just before the Dry Creek ford, not because the crossing posed any challenge but because we wanted to get in a hike.

(The stream, despite its desert-appropriate name, carries a significant volume of water in early spring, swollen, I’m sure, by snowmelt.)

That day before Easter was the warmest so far, the temperature in the mid 70s, and I was reminded that midsummer is an unpleasant, and potentially dangerous, time to travel through this remote country.

It’s only a mile or so to the reservoir, even in its depleted condition — a little more than half full on the day we visited.

There are a dozen or so cabins, in various sizes and types of construction, on the shore. I had learned that these privately owned structures are on public land managed by the Bureau of Reclamation, the federal agency that built Owyhee Dam in the late 1920s and early 1930s.

It’s a stark landscape, the contrast dramatic between the reservoir and the desiccated lands that surround it.

But it’s also a compelling place, beautiful in spite of its emptiness, its very remoteness an attraction.

From the west end of Vale, drive about four miles and turn left on Russell Road, at a sign for Twin Springs and Dry Creek.

Drive south for about 15 miles. At a prominent, but unsigned, junction, turn right and continue south toward the power transmission line. Twin Springs campground is about 12.5 miles south of the junction.

From Twin Springs, continue south for four miles to the Dry Springs Road. The last mile or so is rocky and rough as the road descends into a canyon. Just after crossing Dry Creek — a rocky ford; there is no bridge —  turn left, at a cattle guard, onto Dry Creek Road. This road has some rough patches that demand four-wheel drive and high ground clearance. If you decide to walk, it’s only about one mile to the Dry Creek Arm of Owyhee Reservoir.