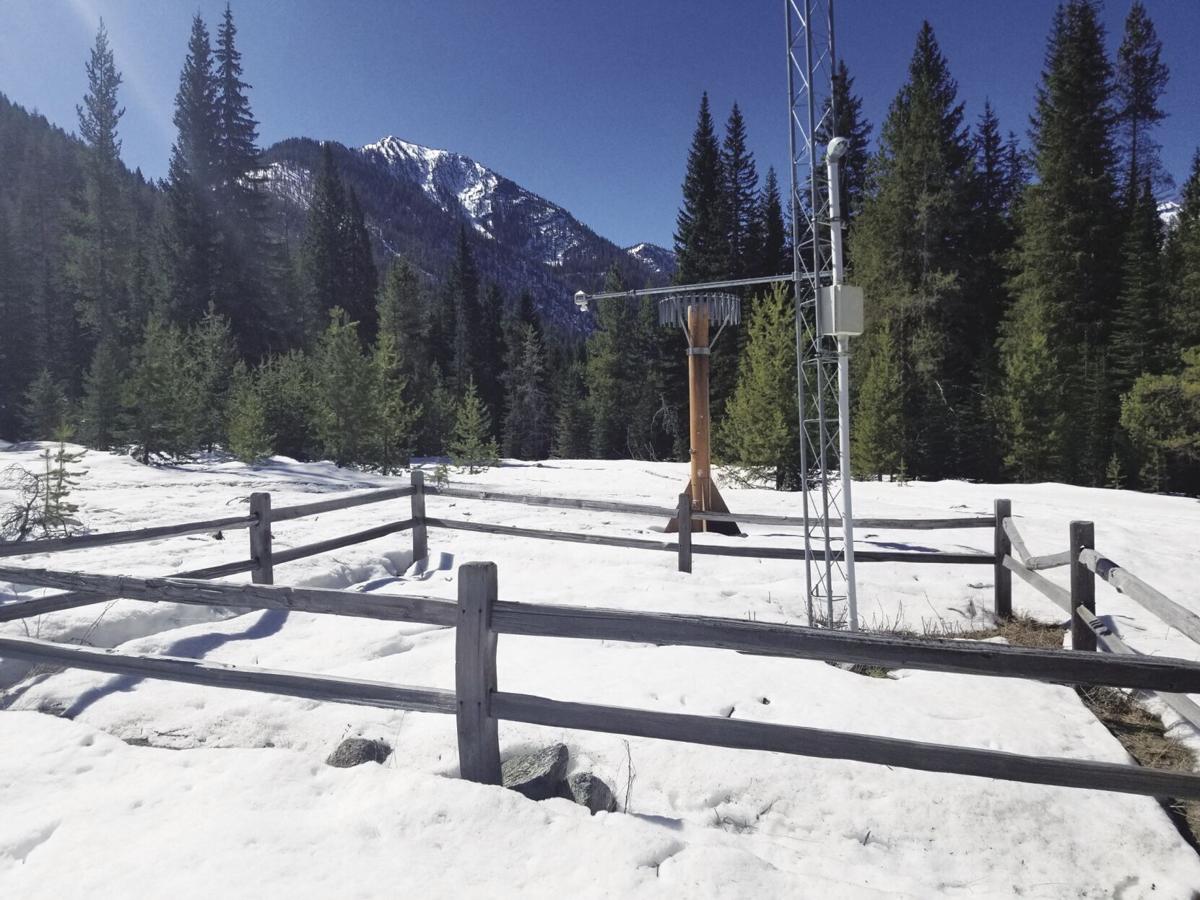 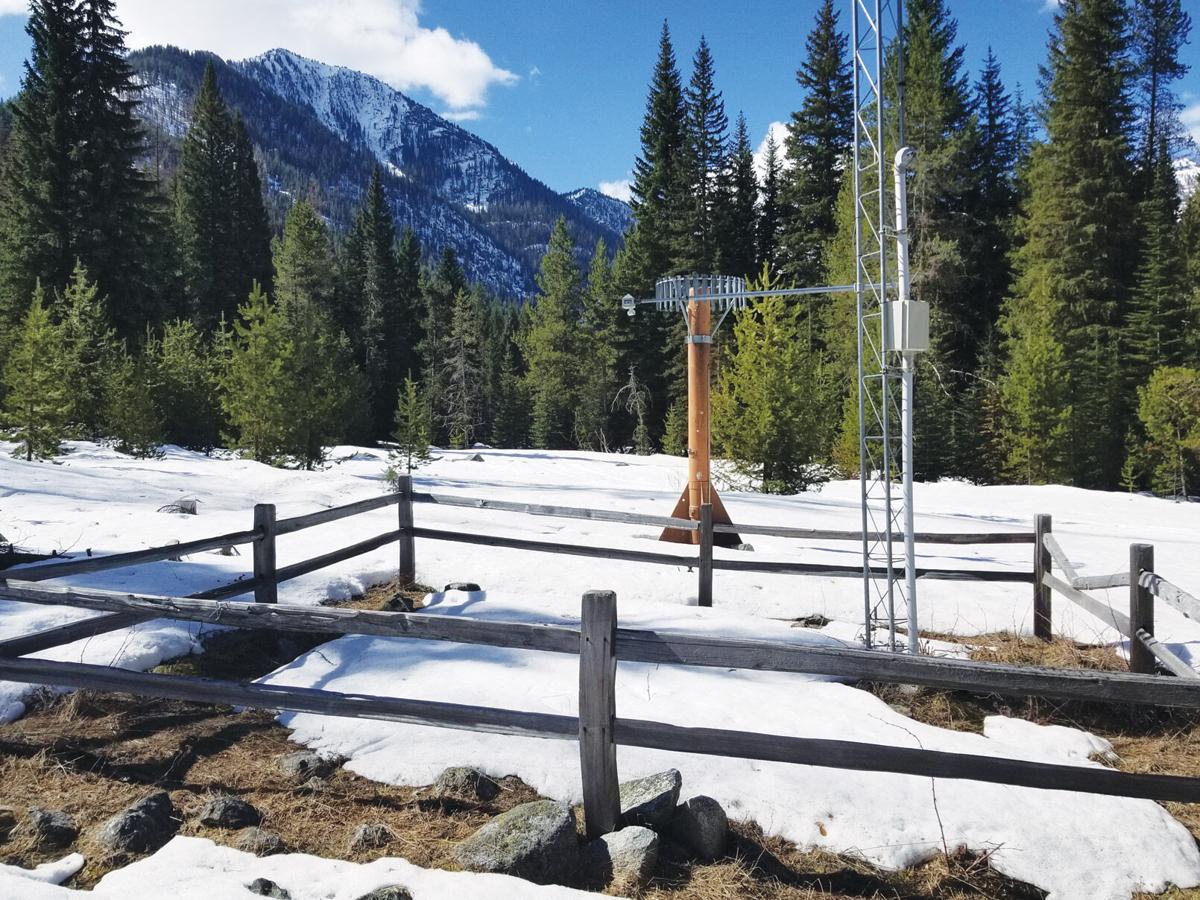 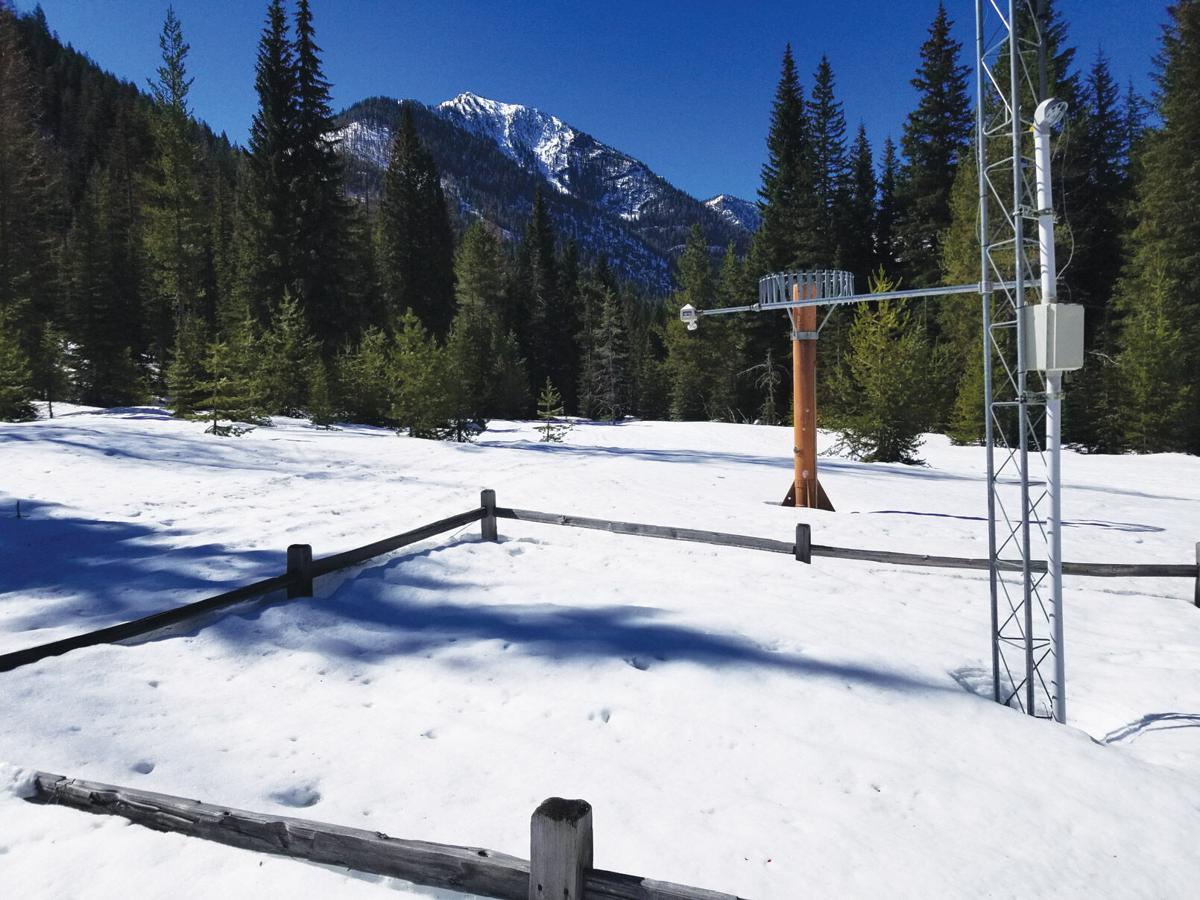 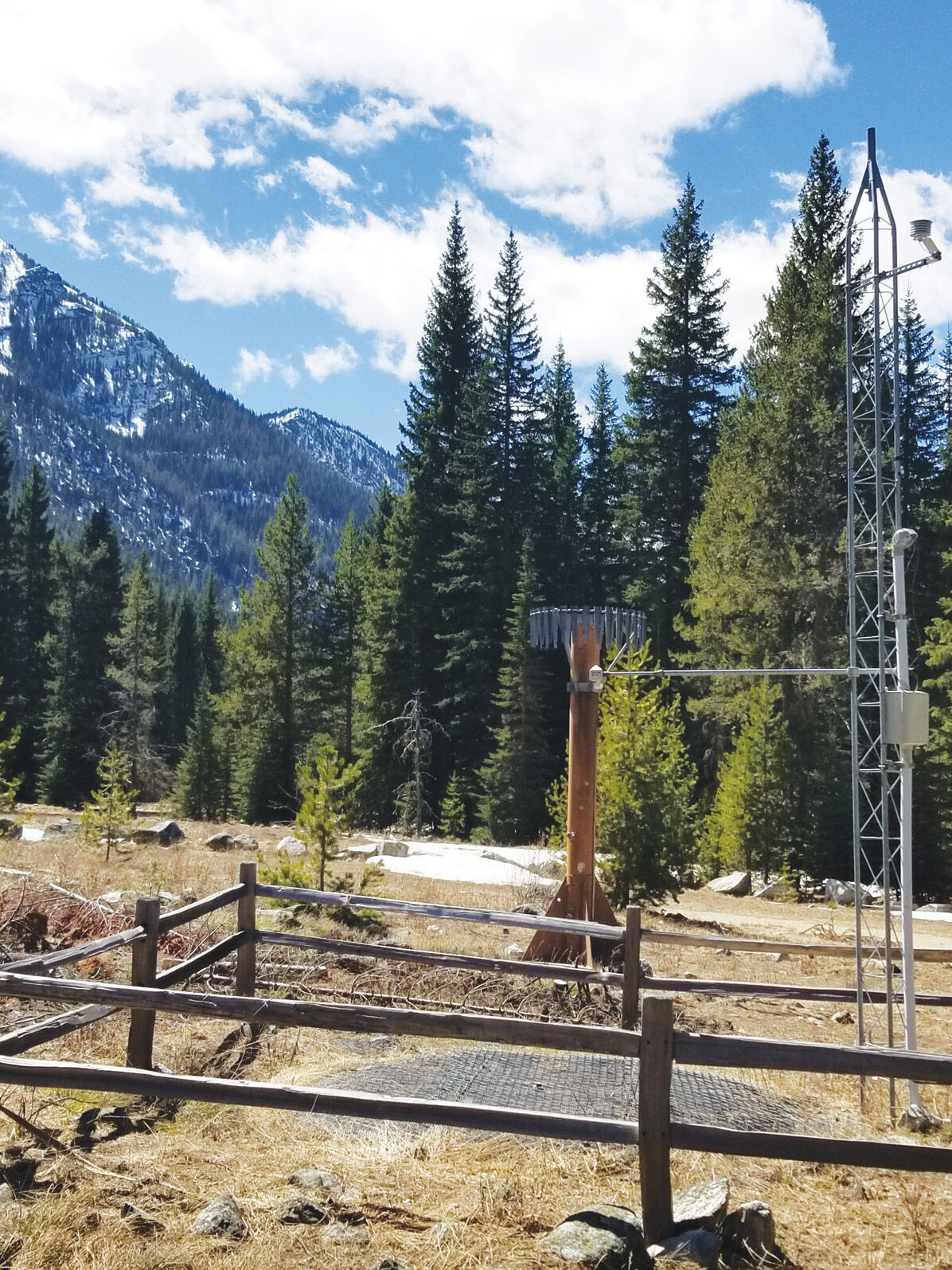 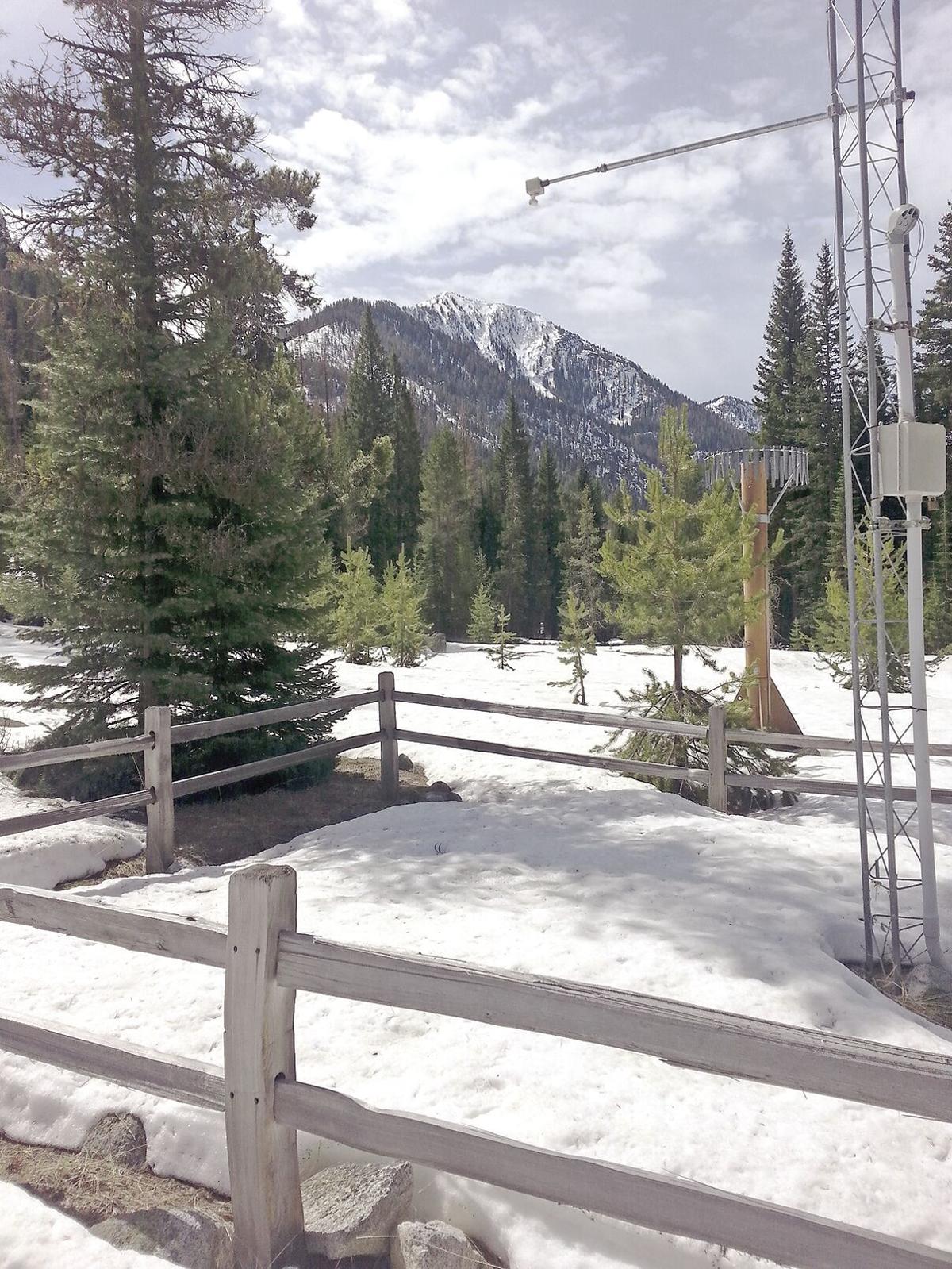 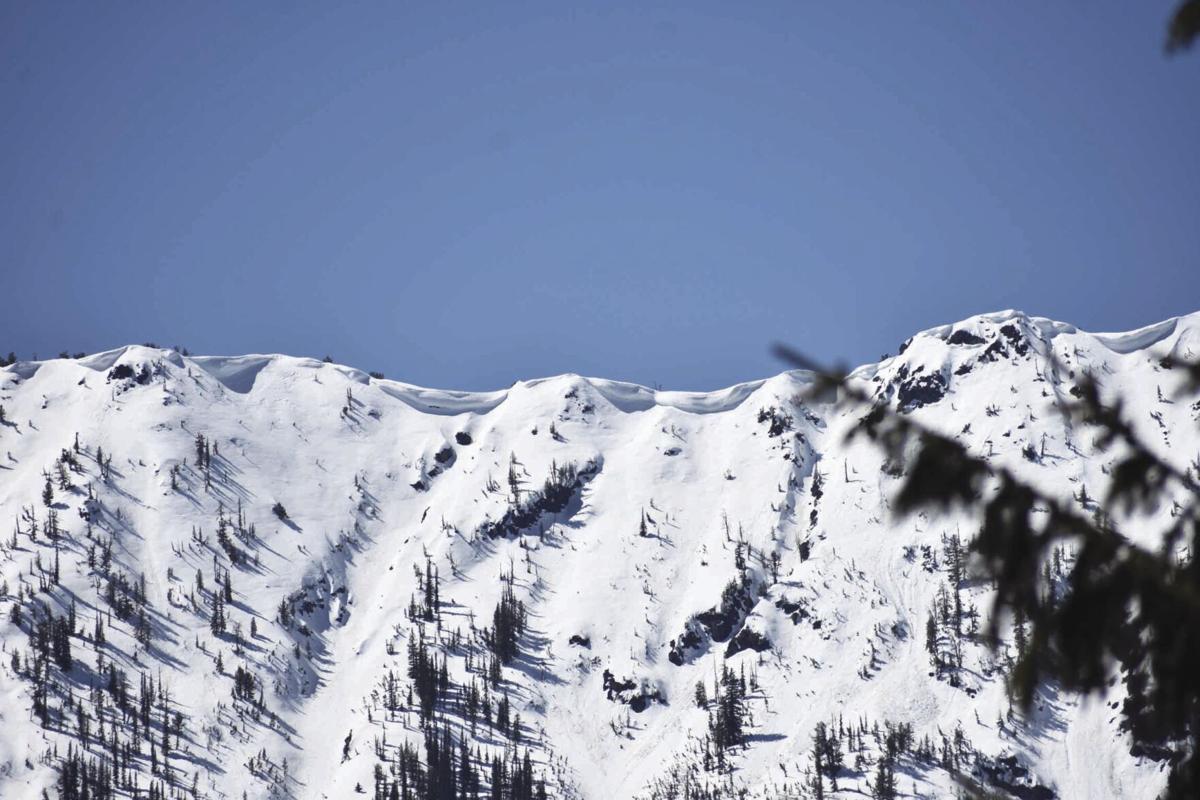 Snow cornices form on the leeward side of a ridge above Rock Creek in the Elkhorn Mountains.

Snow cornices form on the leeward side of a ridge above Rock Creek in the Elkhorn Mountains.

The split-rail fence near Eilertson Meadow is my favorite enclosure.

Not that it’s likely to impede anything that wants to get in.

The higher of the two rails is only three feet or so above the ground, a height that a deer or elk would scarcely notice.

The fence is the sort more typically used for decorative rather than protective purposes. Except this fence isn’t in somebody’s backyard. It’s in a remote spot in the Elkhorn Mountains, a place that for much of the year is rarely visited by people.

Which is to say that it’s sort of jarring to come across this structure, which would be appropriate in an upscale subdivision, in a spot far closer to wilderness than to suburbia.

My affinity for this fence, as with many types of affection, was fostered by familiarity.

The fence surrounds an automated snow-measuring station that I’ve hiked to, during the same week in April, for the past five years. My goal, beside getting out in the clean air and relishing the inimitable scent of sun-warmed pines, firs and spruces, is to replicate the photograph I took here on April 22, 2017, the purpose being to compare the snowpack. I’m fascinated by “repeat photography” — using pictures, taken from the same spot, to illustrate changes over time. The technique typically catalogs periods measured in decades rather than years, but when the subject is not, say, a glacier, but rather snow that melts every spring, even a modest span yields interesting results.

This April the snowpack looked quite similar to the 2017 version. I was a bit surprised, though, that according to records from the measuring station, the water content in the snow in 2017 was almost twice as much as this year.

I don’t know whether a couple of trees could account for the difference, but the scenes from those two years on this page suggest a possible factor.

In 2017, as the photo at right shows at the left side of the fence, were two trees. But by the next April the two trees, as seen in the 2018 photo, were gone.

It’s obvious that the trees cast a patch of shade across the spot where the snow is measured. It could be that the shade, by retarding the rate of snow melt, in effect inflated the measurement in 2017 compared with the current, shade-free situation.

A bit of explanation is in order regarding how these snow-measuring stations — known as “Snotels,” a reference to “Snowpack Telemetry” — work.

The fence doesn’t mark the boundary of the measuring area. In fact the readings are taken in a much smaller spot. The key instrument is a “pillow” made of stainless steel or rubber (the latter material being more appropriate, in my sleeping experience, as a place to rest your head) and filled with an antifreeze solution. The weight of snow atop this pillow, which is a square with sides about four feet long, squeezes the liquid into a tube where a sensor calculates the water content.

Although we usually refer to snow by its depth, water content is the more meaningful measurement with snowpack because it accounts for the significant differences between comparatively “dry” powder snow and the sodden, grainy snow of spring.

Snotels also estimate the snow depth. The horizontal bar that extends from the tower, visible in the photos on Page 1B, contains a sensor that produces a beam of light straight down, where it reflects off the snow. The sensor calculates the snow depth based on how long it takes the reflected beam to hit the sensor.

From the railroad tracks in Haines:

• Drive west on Anthony Lakes Highway for 1.7 miles to the first major corner. Turn left onto Pocahontas Road, then stay right, after about two-tenths of a mile, on South Rock Creek Lane.

• Follow paved South Rock Creek Lane for about 3.7 miles, then continue into the mountains when the road turns to well-graded gravel.

• Continue on gravel for about 2 miles to a Forest Service sign for Killamacue trailhead and Rock Creek Lake trailhead. The road becomes a dirt track here, suitable for four-wheel drive, high-clearance vehicles. Snowdrifts likely will continue to block the road, at some point below Eilertson Meadow, for at least a few more weeks.

• From the Forest Service sign, the Killamacue Lake trailhead is 2 miles, and Eilertson Meadow 3.5 miles. The Snotel is just east of the meadow, on the south side of the road

•  The Rock Creek Road is a public route. However, it passes through private land near the Killamacue Lake trailhead, and at Eilertson Meadow, so stick to the road. Oregon Trail Electric Cooperative owns the property at Eilertson Meadow, including the cabin at the meadow’s eastern edge.