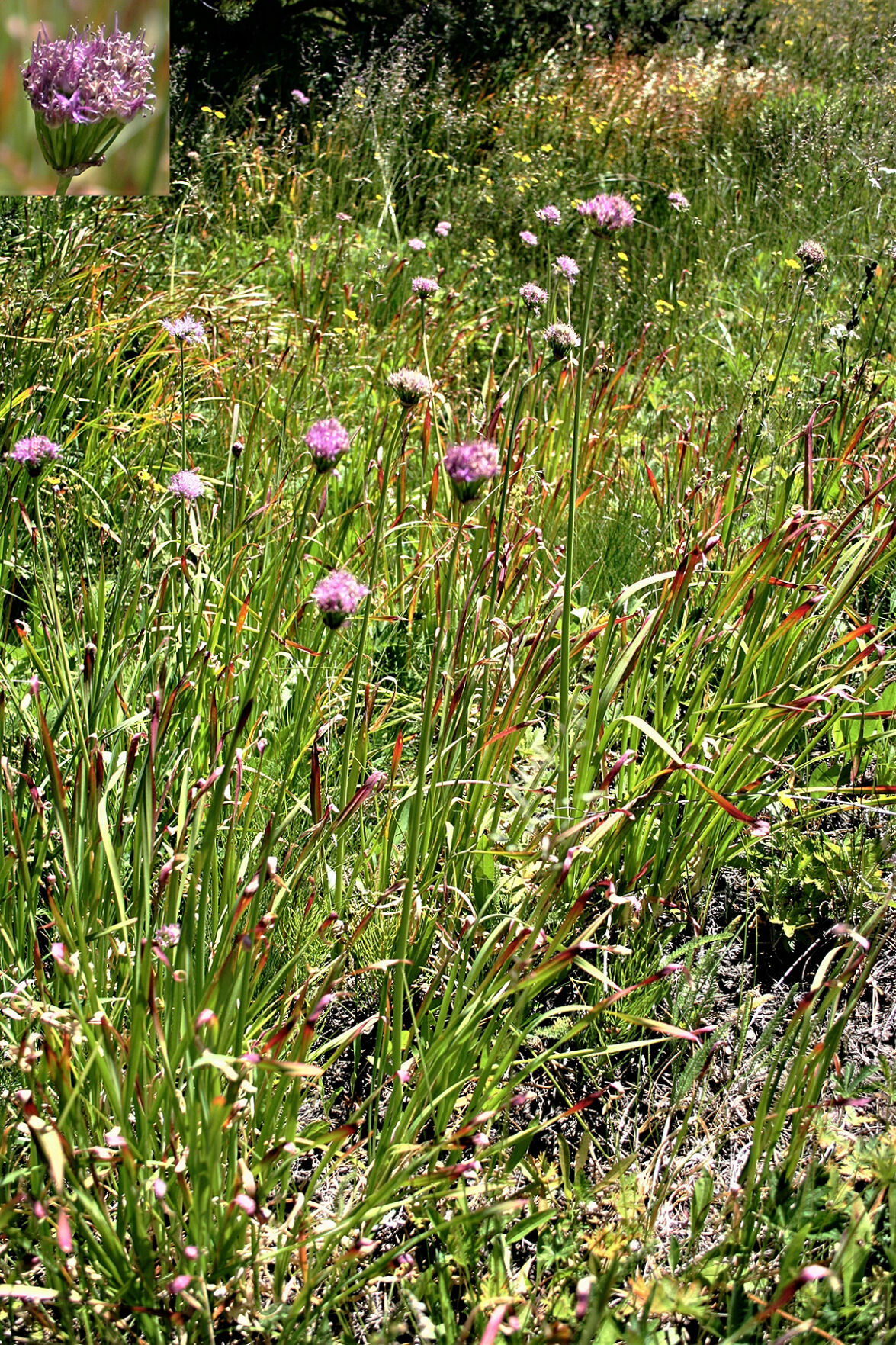 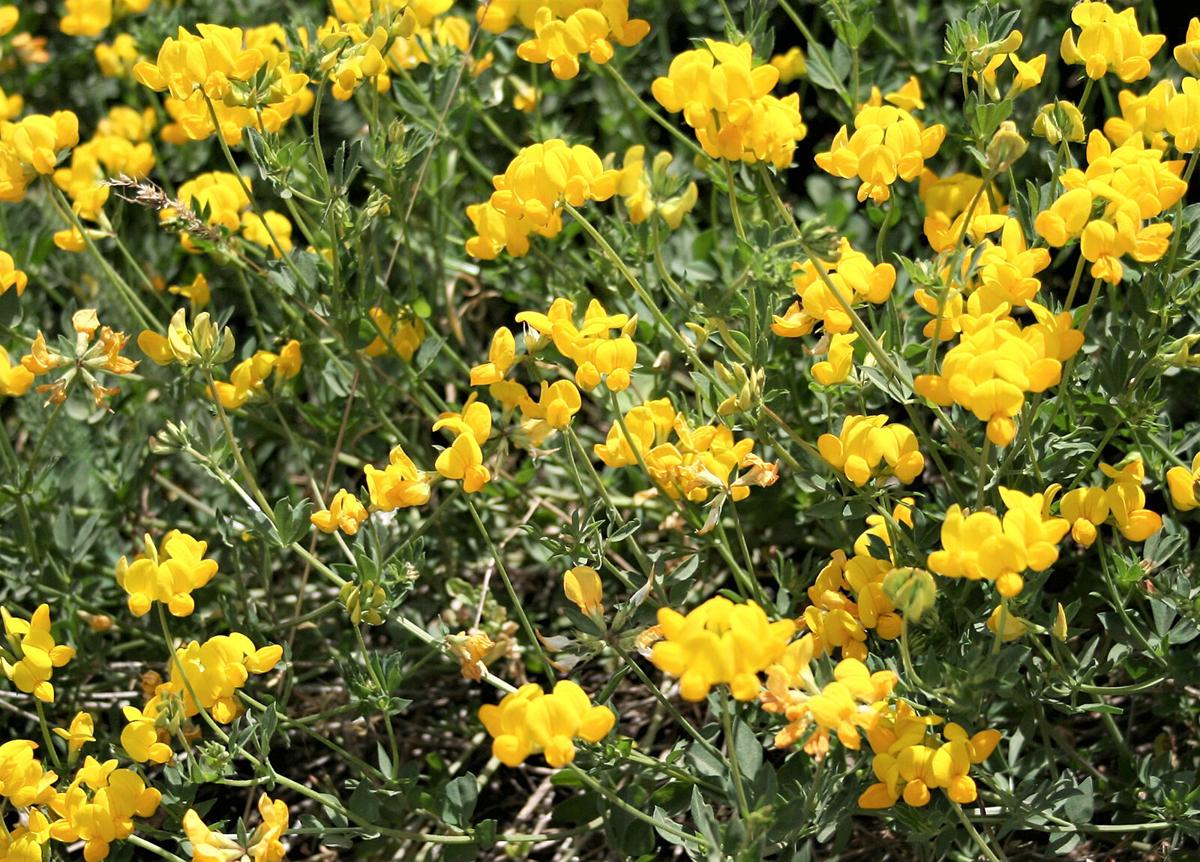 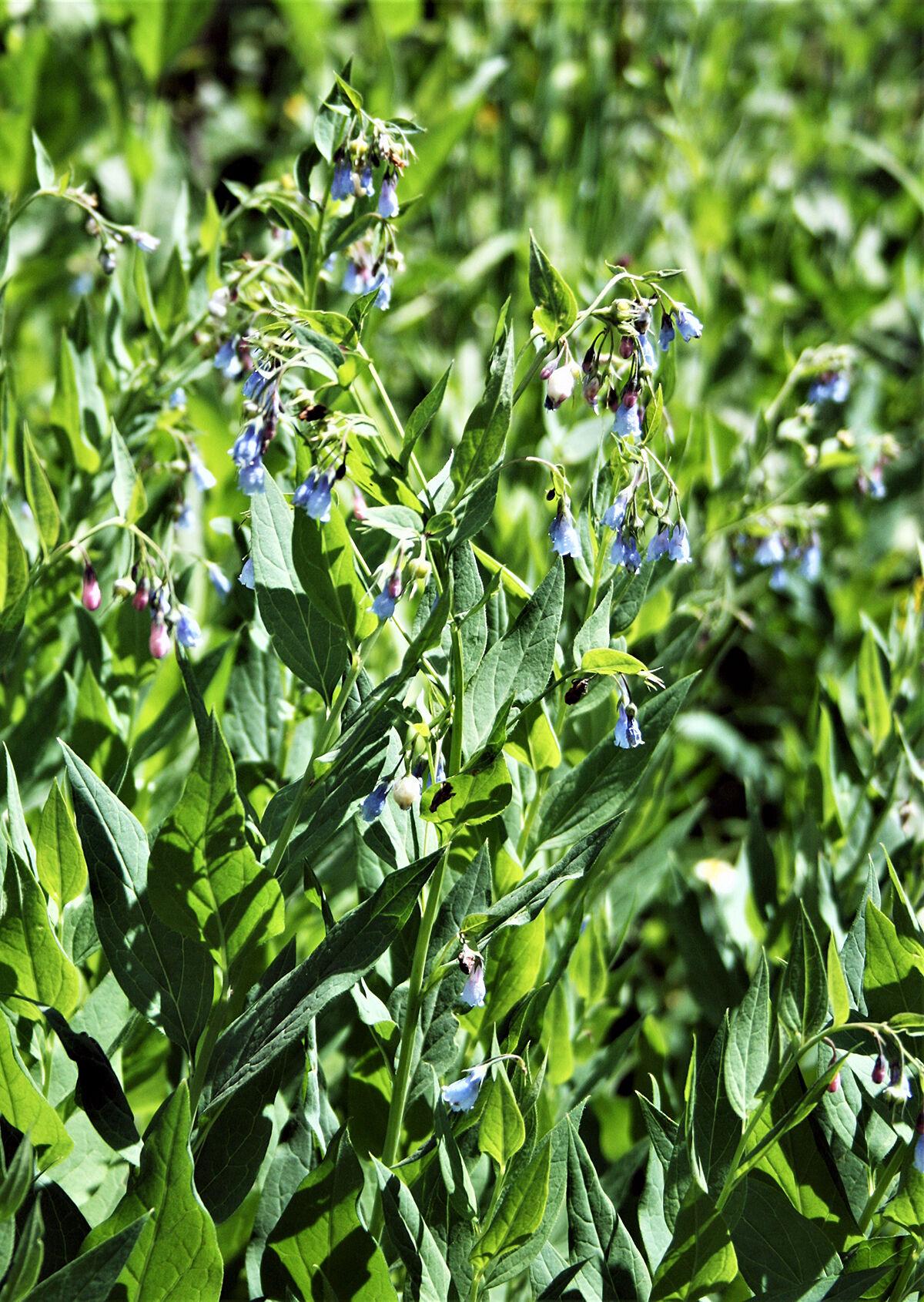 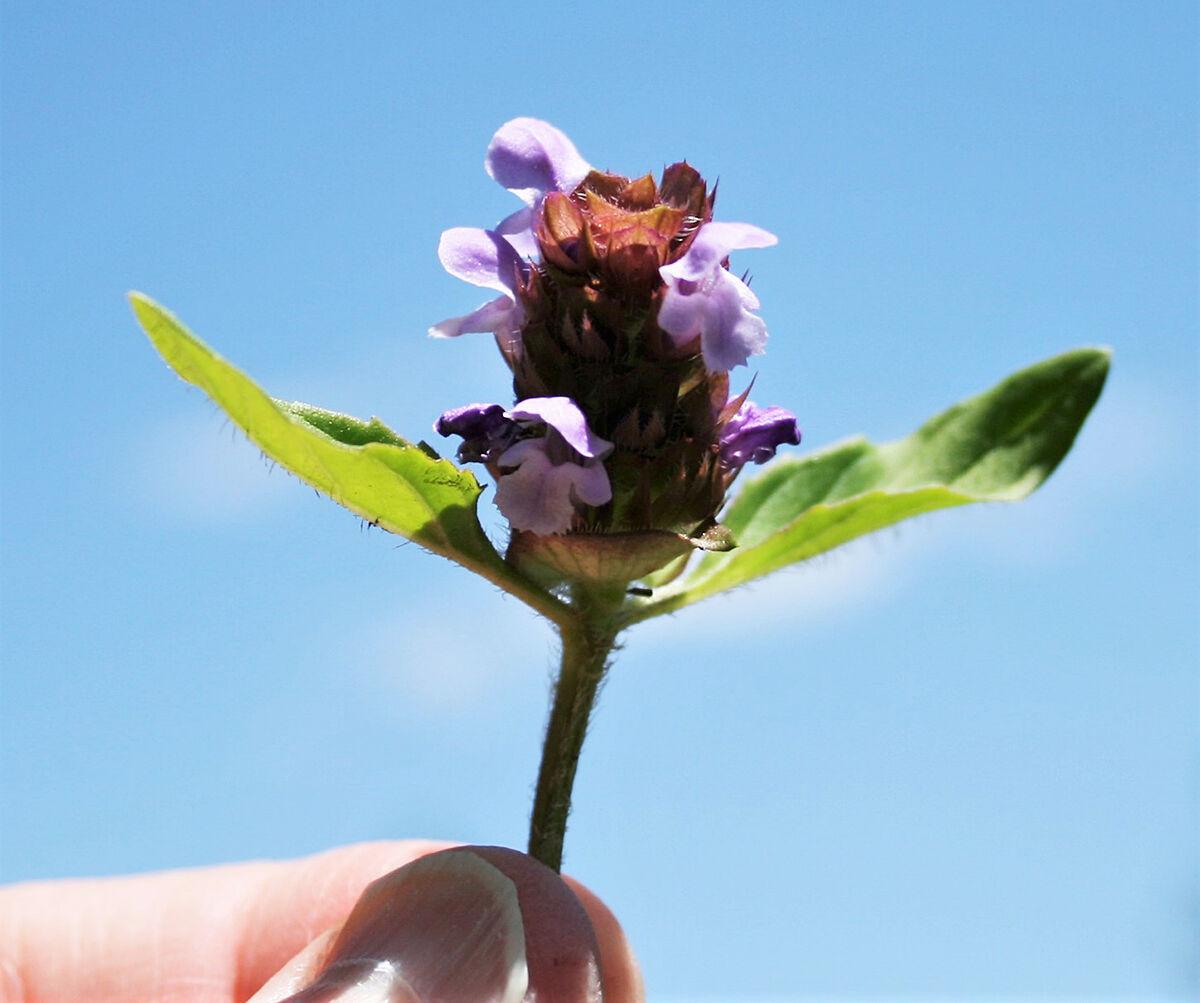 The plants featured this week are from middle and upper elevations across the Blues, as the places to find plants blooming move upward. Now is when the heat and lack of moisture begin to combine to dry out the soil and the plants themselves.

Swamp Onion (Allium validum): Swamp onion is the tallest onion by far in the Blue Mountains, which makes identification easy. Its single stem reaches 15 to 30 inches. The plant likes swampy meadows in the Southwest Oregon coast range to California, in the Cascades from British Columbia to California, and in Eastern Oregon to Western Idaho and Northeast Nevada. The pink flowers are tightly crowded at the stem top, and the base of the stem has three to six long, linear leaves. The bulbs are long and angle off sideways. Because this is an onion, it was surprising to find only one record of use by a tribe, which was for seasoning food or eating the onion raw.

Bird’s Foot Lotus (Lotus corniculatus): This is a European plant that has now covered Southern Canada and the Yukon, as well as most of the U.S. I’ve seen it near Boardman, and lots of it along the road to Jubilee Lake. It is colorful, creating bright yellow mounds about a foot high. The flowers are borne in small clusters of about four or five flowers at the tips of the stems. The branches appear to be tangled like a dense bush, though it is not woody. The plant is also a bit invasive, crowding out native plants.

Tall Bluebells (Mertensia paniculata): In the past, I’d never seen this plant over 2 feet tall, until finding dense patches of it last week over 6 feet. The photo here shows only the top foot of it. The stems are erect except for the drooping flowers. The flowers turn from pink to blue when they open, as do most bluebell species. Tall bluebells grow from Alaska and much of Canada, and the Northern U.S. from Oregon to the Great Lakes. It is a mountain plant from middle elevations to sub-alpine areas, and likes wet soil. Although other Mertensia species have been used by various tribes, this one is not listed.

Self Heal (Prunella vulgaris): This member of the mint family has been in use in Europe since at least the Middle Ages for a number of medical purposes. It has been used extensively by Indian tribes throughout much of North America. There are two varieties of it spread across North America, one native here and the other from Europe. A third variety is in Alaska. The three varieties are very much alike, and have apparently been used for some of the same purposes or similar purposes on both continents. The plants are rather small when first blooming, but can reach 2 feet with age. They have a single stem, with a cylindrical head at the top, covered with bracts and showy purple or white flowers sticking out between the bracts.