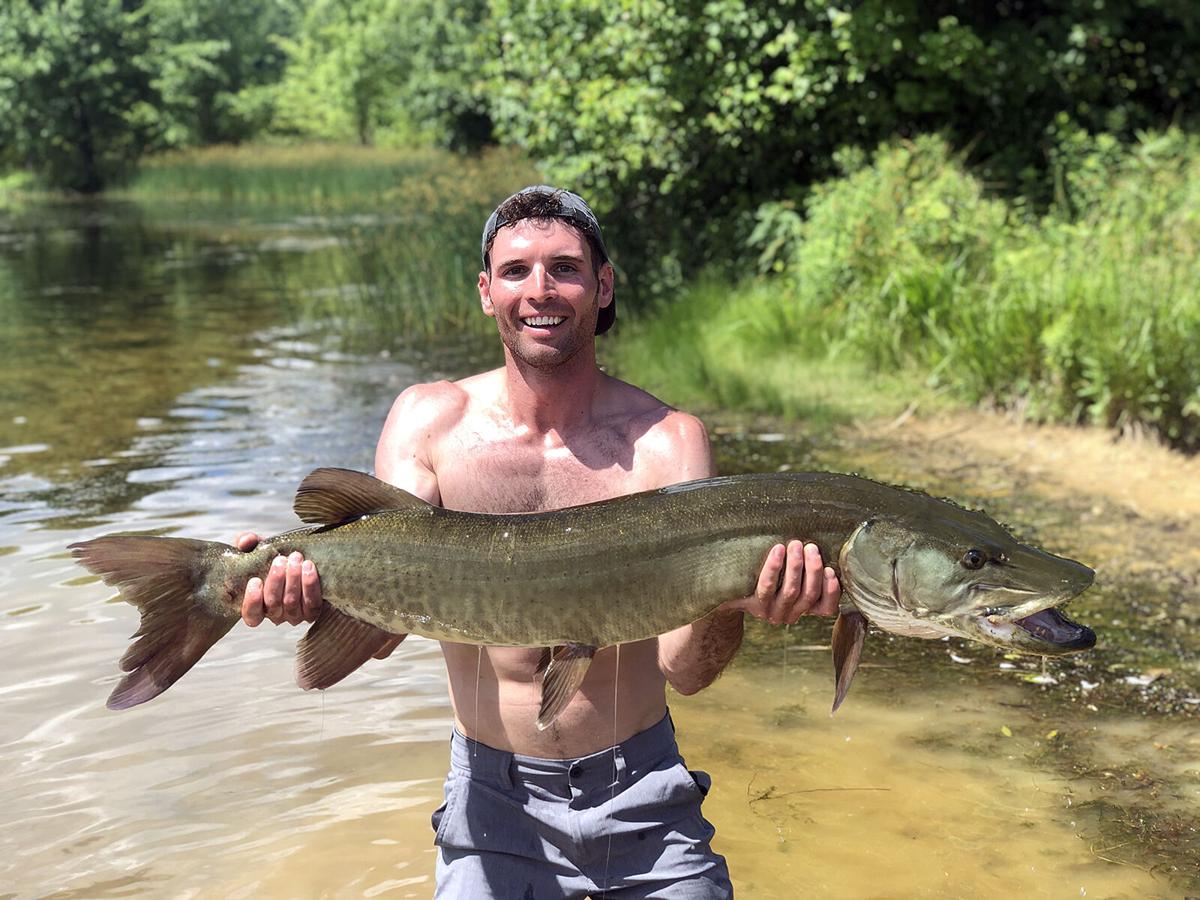 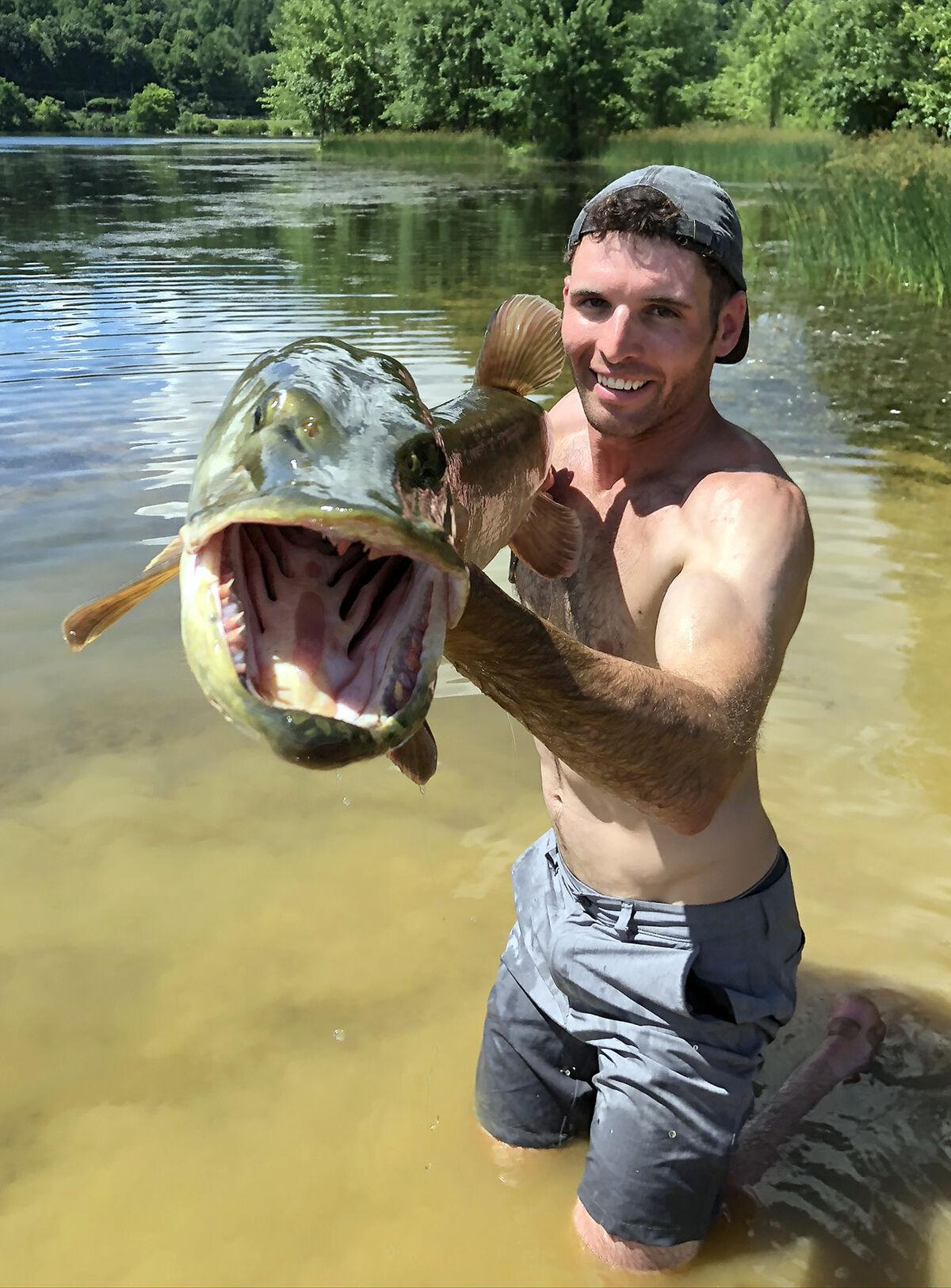 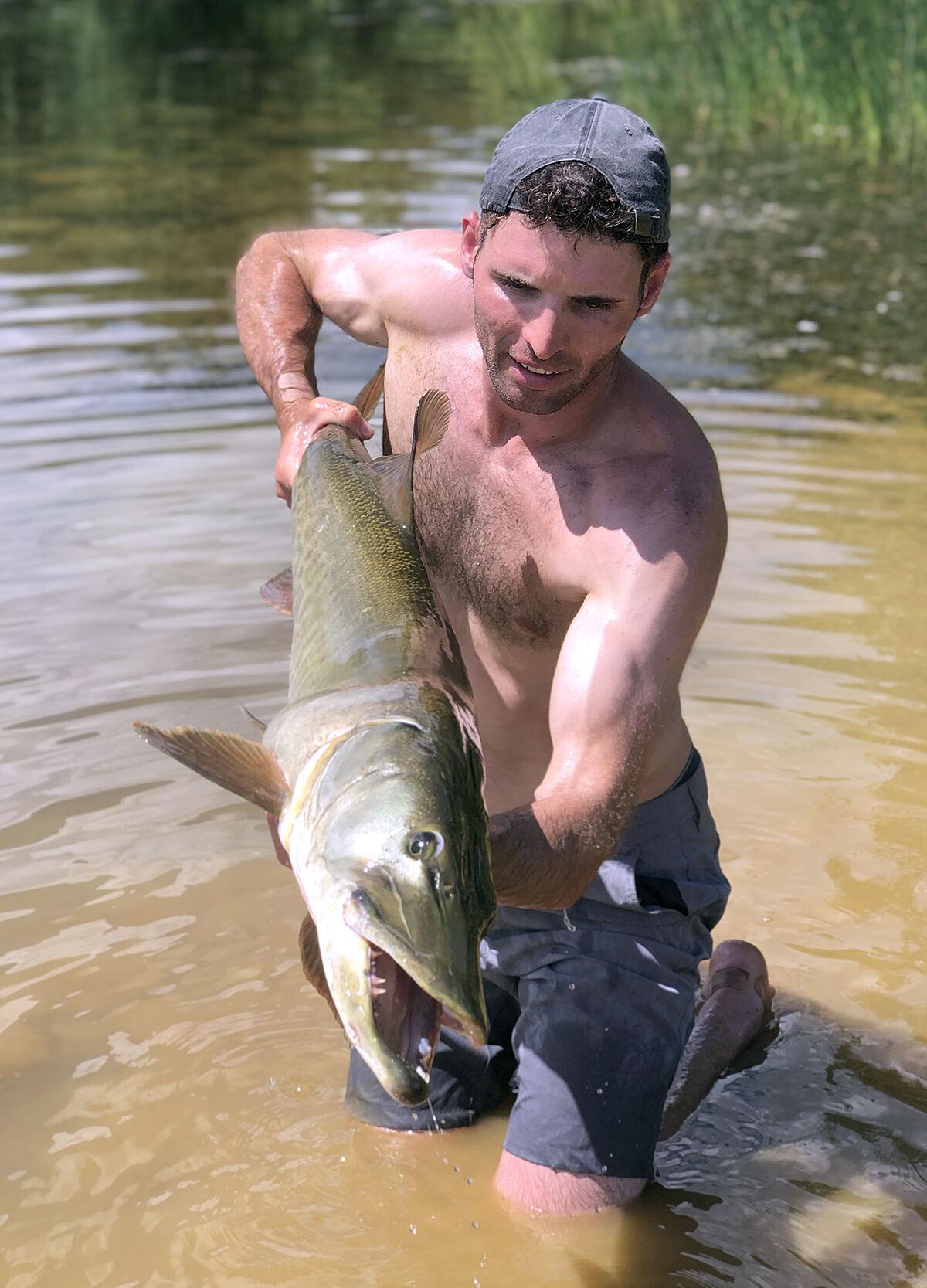 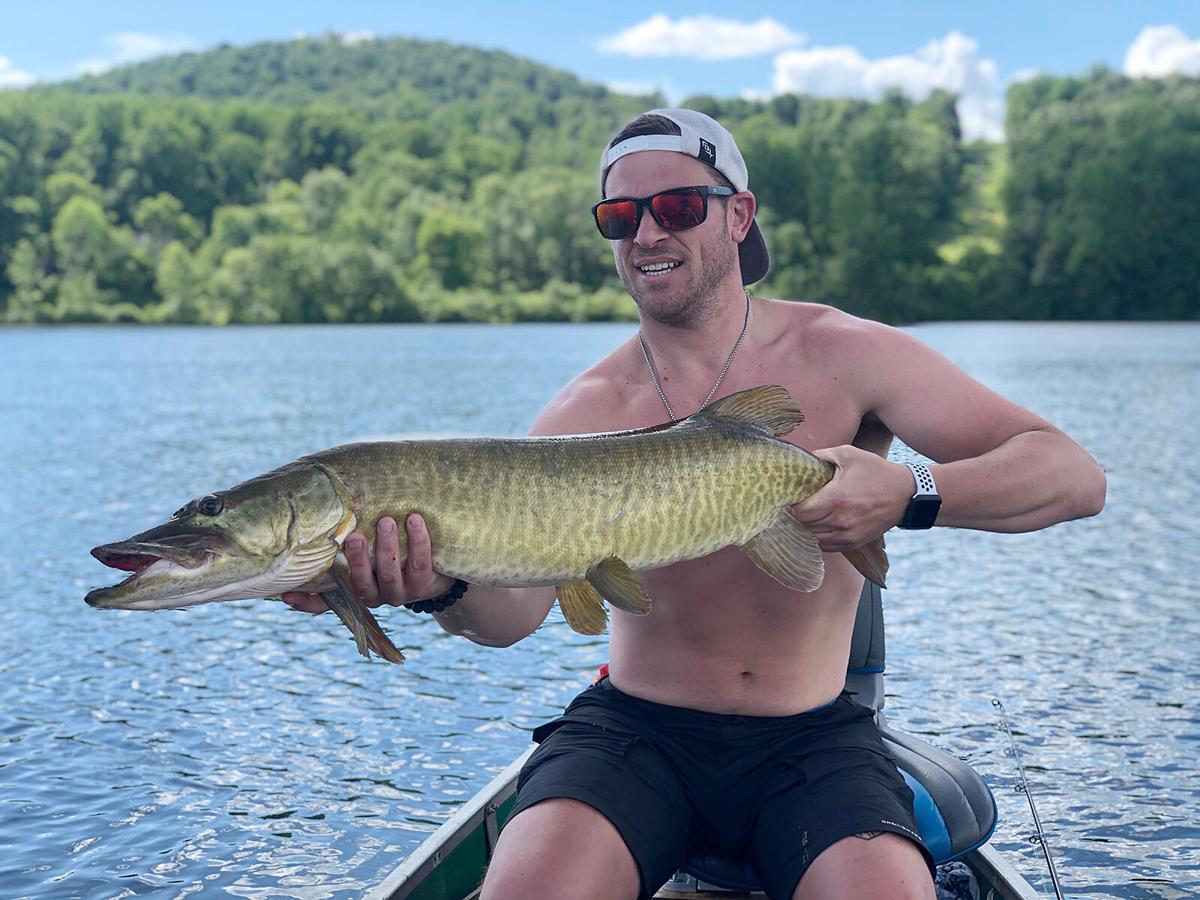 Ross Cocheo caught this tiger musky while trolling on a lake in New Jersey.

Ross Cocheo caught this tiger musky while trolling on a lake in New Jersey.

DENVILLE, N.J. — Ross Cocheo works in the healthcare industry, loves playing rugby, airbrushing custom fishing lures, creating humorous videos on his YouTube channel (The English Channel Fishing) and, of course, fishing. The man drips charm and charisma, and in so many ways, he is relatable — save  one: Ross has never been skunked on a musky trip.

You’ve probably heard of musky. The “Fish of 10,000 Casts” is on every North American angler's bucket list but usually just disappoints.

After scouting a nearby lake with Fishbrain, Ross went out and caught a musky on his very first trip. And his second. And his third. And so on. Now half a dozen trips in, Ross or his fishing companion have boated a musky every single time they’ve fished for them on his two-person canoe. With odds like these, I jumped at the chance to fish with Ross on what has become my annual road trip this summer, going to a place last week that I’d never before been: New Jersey.

I fished the first night in his local lake with Ross and his buddy, J.P., and we caught smaller fish until the sun went down. I was barely able to sleep that night because even though I knew I wasn’t supposed to get my hopes up, I did. I got them way up, and I paid for it.

I should’ve paid in 10,000 casts. Instead, Ross and I paid in heartbreak and tested our resiliency to its core. At every turn, we should’ve admitted defeat and given up. Ross’ car broke down. We couldn’t find the musky net. His musky lures were in his car at the mechanic’s, and we had to wait for the shop to open, so we didn’t get on the water until mid-morning. We felt sick all morning from Dunkin Donuts and took a few pit stops. The seats in his canoe broke. The drain plug leaked. The bathrooms were closed when we arrived, and well … I won’t go into that.

As for the fishing, it was a long, hot day, and the bite was slow — almost a guarantee in musky fishing.

The first musky I ever saw followed my Rapala to the boat, and we were reenergized briefly, but eventually had to take a break from the stifling heat. Thankfully, the bathrooms had opened.

Trolling back out from the dock, I hooked up almost immediately, but the line got caught in the prop and broke after just enough head shakes to make me visualize the fish. Realizing it might still be on, we tried not to tip the canoe as I scrambled to grab the line off the prop. We saw the line run to the side quickly and then go slack just as I prepared to hand line my fish. My heart sank with the shiny metal lure.

Ross felt terrible, but I tried to be upbeat. Hey, I hooked a musky. Not many people can say that.

The first fish had hit while trolling a large SteelShad, so I stuck with it. One follow and one hookup was already an incredible day of musky fishing, so when I hooked into another fish, it scratched the face of the legendary. The brute was strong but didn’t run or jump. Just lots of bulldogging and headshakes, but when I got him to the surface, Ross and I both started screaming. It. Was. Huge.

Since we didn’t have a net that would fit a musky, I guided the fish up to the surface, taking care to keep it above the weeds but below the surface. It spanned about a third the length of the canoe, and I tried not to think about that.

One hook had come free, and if that tangled in the weeks, the barely hooked fish would swim free. Ross expertly filmed the fight and slowly moved us some 200 agonizing yards to the only patch of shoreline without weeds on that side of the lake. I jumped out to beach the 45-inch behemoth and only peed myself a little.

After some photos, I tried to weigh it in a wet raincoat (we didn’t have the net), but it was too heavy for Ross’ 22-pound scale and, rather than overhandle the fish and weigh it with mine, we let it go. It was probably close to 30 pounds, and holding it up for just a few seconds of photos was exhausting after the emotional roller coaster of the day and slow cooking under humid skies.

The only fish I’ve caught longer than 45 inches? Sharks and sturgeon.

That fish would’ve been enough, but as our battery died, we headed into the dock. We couldn’t troll, so we figured our day was over. Less than 50 yards from the boat ramp, I started to reel in for the day when Ross hooked his first tiger muskie.

The battery was almost dead, and I tried paddling to the shore, but time was of the essence. I worked its head into a tiny trout net and tailed it with the other, flopping the angry and very toothy beast into the kayak just as the hook popped free to cap the greatest day ever.

Incredible doesn’t begin to describe a three-musky day, but it taught me something few people ever have to learn: One of these fish is a musky while two or more are muskies.