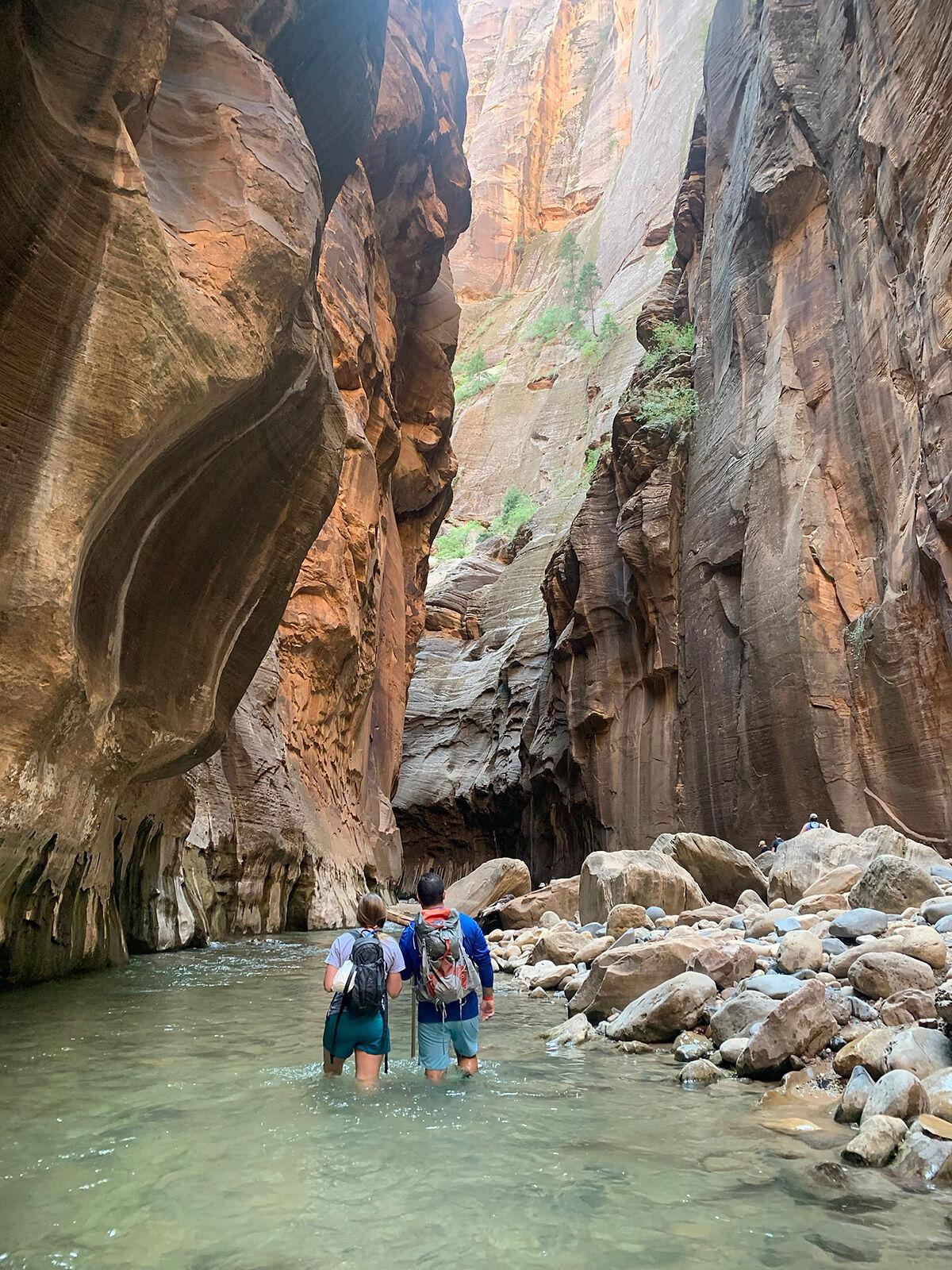 The author’s friends, Karyssa Gomez and Sergio Cisneros, take in the beauty of “The Narrows” in Zion National Park. 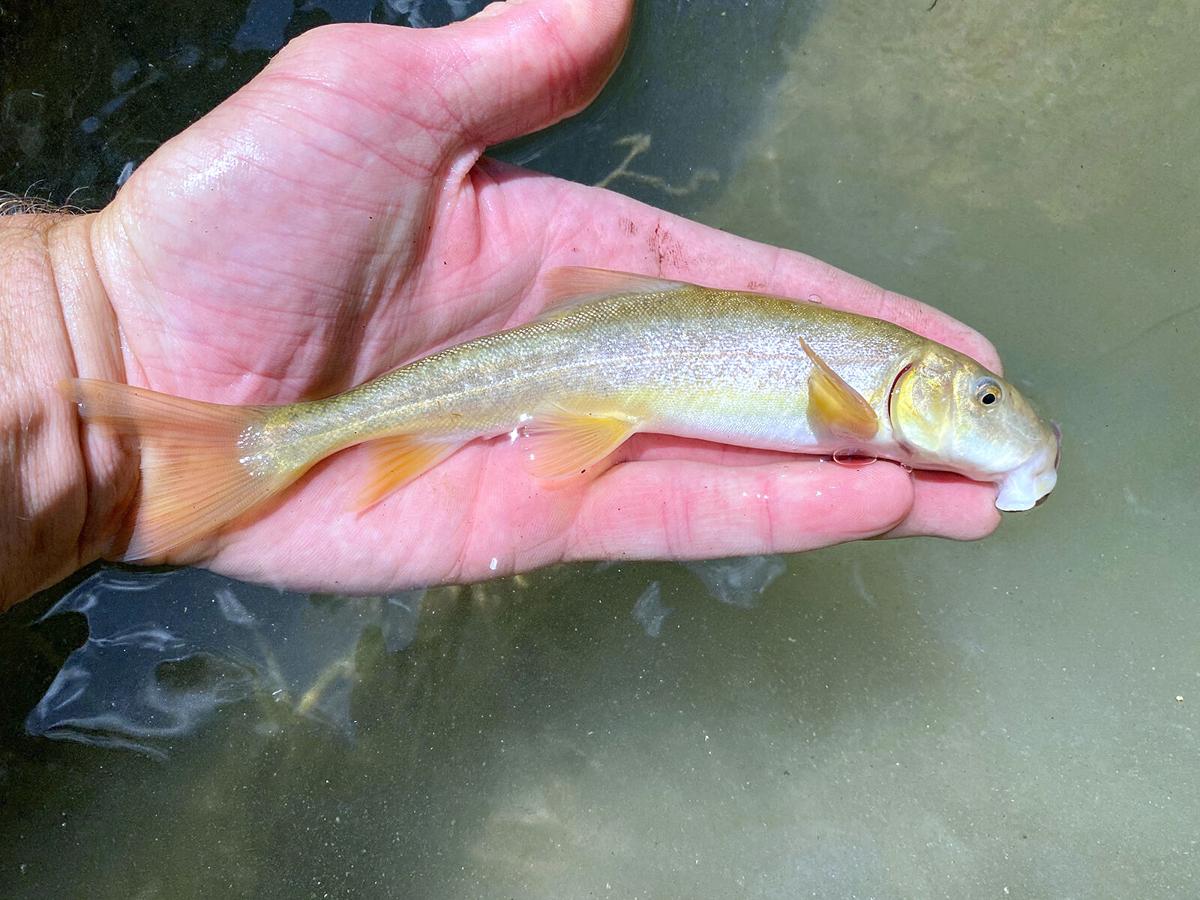 They’re not easy to catch, but persistence and sacrifice can lead to a flannelmouth sucker like this one. 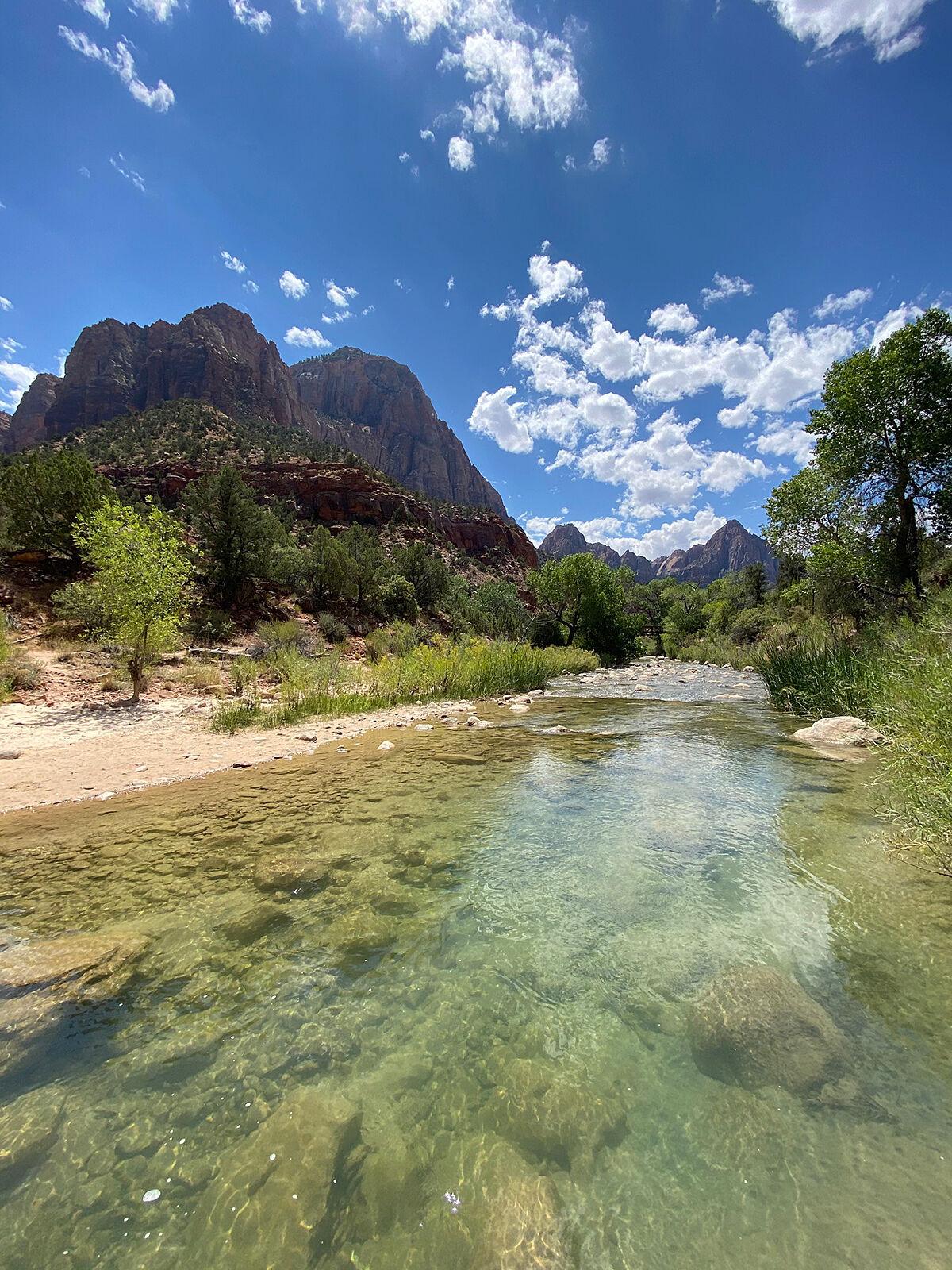 Suckers prefer pools, so look for deeper water like this if you intend to fish Zion National Park.

The author’s friends, Karyssa Gomez and Sergio Cisneros, take in the beauty of “The Narrows” in Zion National Park.

They’re not easy to catch, but persistence and sacrifice can lead to a flannelmouth sucker like this one.

Suckers prefer pools, so look for deeper water like this if you intend to fish Zion National Park.

VIRGIN, Utah — Alphabetically, Zion National Park is last on the list of our 62 national parks, but it’s certainly not least. According to the National Park Service, “The rivers of Zion National Park retain their full complement of four species of native fish in healthy populations. Such a statement cannot be made for any other comparable river system in the southwest U.S. This rare and desirable condition is only possible because stream flow in the park is essentially natural, with all of the floods, sediment transport and periods of low flow that have always occurred.”

The park named for the kingdom of heaven lives up to the name. Though it’s not my favorite national park, it is certainly one of them. Sweeping canyonlands pitching a dramatic contrast to monoliths and cliffs populated by bighorn sheep lend to the feeling of otherworldliness. Reds and greens and browns interpose themselves onto the arid landscape, which includes one of the longest tunnels in the United States (currently No. 21). “Scenic” feels like an understatement, and every part of the park is beautiful.

Rock formations, cliffs, roadways, vistas and wildlife aside, perhaps the most famous element of Zion is the riverwalk through what are called “The Narrows.” The intrepid visitor can hike the river for miles, with the “Bottom-Up Hike” running (also hiking, fording and swimming) just over 9 miles round trip or the “Top-Down Hike” spanning about 16.

Admittedly, I only hiked about 2 miles round trip in my ubiquitous flip-flops, but my friends Sergio Cisneros and Karyssa Gomez did the “Bottom-Up Hike” this summer and said it was absolutely incredible.

Someday, I might do one of the more intense hikes up through The Narrows, but this was my second visit, and I was there for one thing and one thing only: fishing.

Another friend, Chris Moore, had directed me to the park to search for desert and flannelmouth suckers. These fishes represent half of the native biomass, joining Virgin spinedace and speckled dace. With no invasive trout, bass, sunfish or catfish in the upper river, these native species thrive. Fishing is allowed in the park, but given the lack of popularity of suckers and dace, I had the river to myself once I got downstream of the hikers.

Within moments, I spotted my quarry — a small school of suckers grazing on a boulder in a deep run. Maybe this was heaven, after all.

When fishing for suckers in heavy current, it’s imperative to use enough weight and a short enough leader to keep your bait on or near the bottom. Suckers almost never rise more than 1 or 2 inches in the water column to feed — especially mid-summer. I was using a 1-ounce slip sinker above a swivel with a 4-inch fluorocarbon leader. My No. 12 trout worm hook is ideally suited for suckers and their half-hearted bite tendencies.

I cast about 6 feet in front of the suckers to allow for the current and sink rate to plop my worm right in the face of the bottom feeders. In a miraculous moment, I hooked up.

My second cast for suckers in the dog days of summer? The odds of this are virtually nil, so it made sense when it spit the hook three seconds later.

Over the next three hours, I’d move to the large boulder overlooking the river to try and get a top-down view of the fish. There were dozens of suckers in two distinct groups. The mottled, smaller desert suckers held in a small cluster right in the current while a group of several dozen larger, less colorful fish were tucked in a little eddy off to the side of the channel.

As I sat, barefoot and shirtless on that rock, comfortably baking in the sun after lathering up with Native Tan Coconut sunscreen, I hooked and lost four suckers before landing one. I even pulled two out of the water but failed to grab them quickly enough as they rolled right off my boulder-turned-chair back to the safety of the river.

I got a single speckled dace and maybe a dozen Virgin spinedace, but it wasn’t until I deeply hooked and unintentionally killed a large Virgin spinedace that Zion finally smiled down on me.

My Virgin sacrifice proved enough for me to finally catch an obvious flannelmouth. I took care to snap a quick picture before unhooking it and releasing it back into the clear, cold waters.

My itinerary was full, so I called it, knowing I will return to walk through “The Narrows” in search of a desert sucker but unsure of what sacrifice I might be forced to make next time.