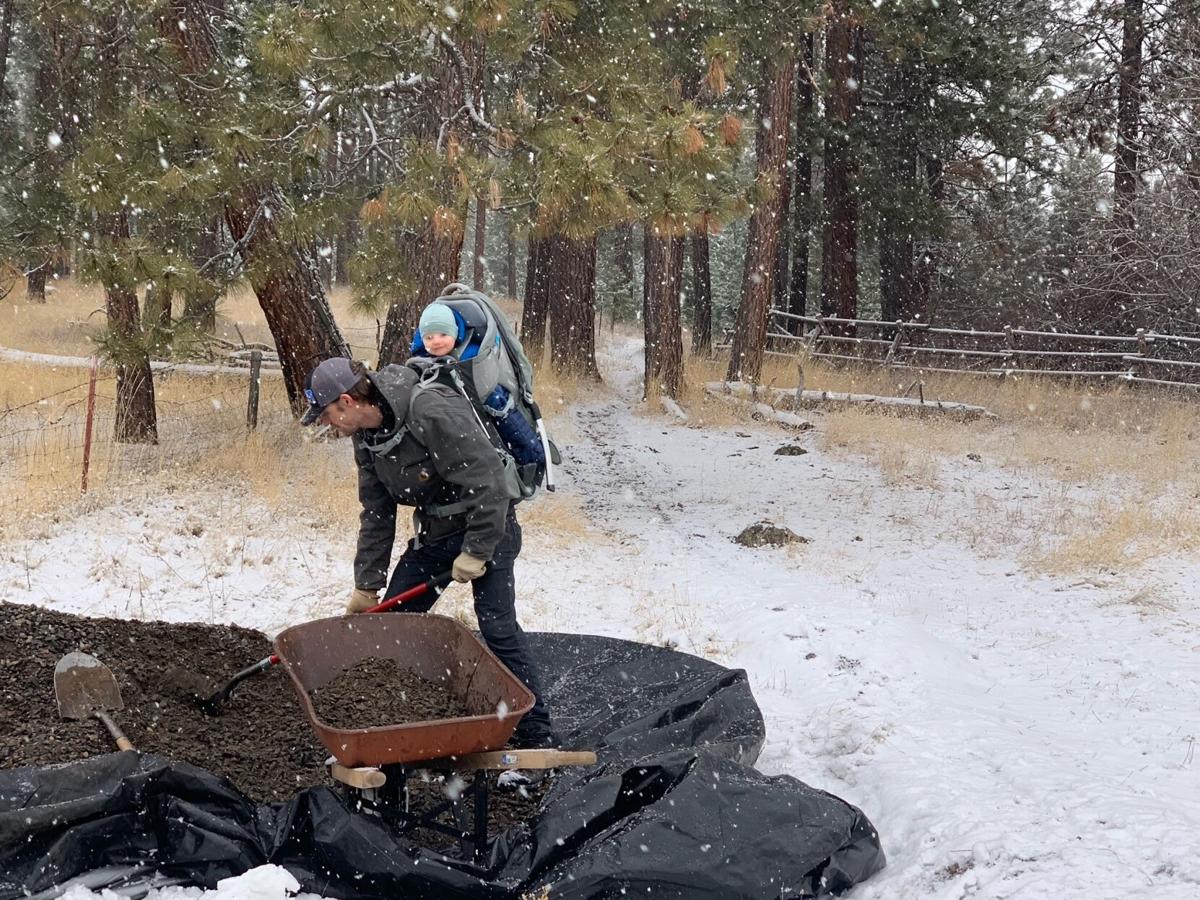 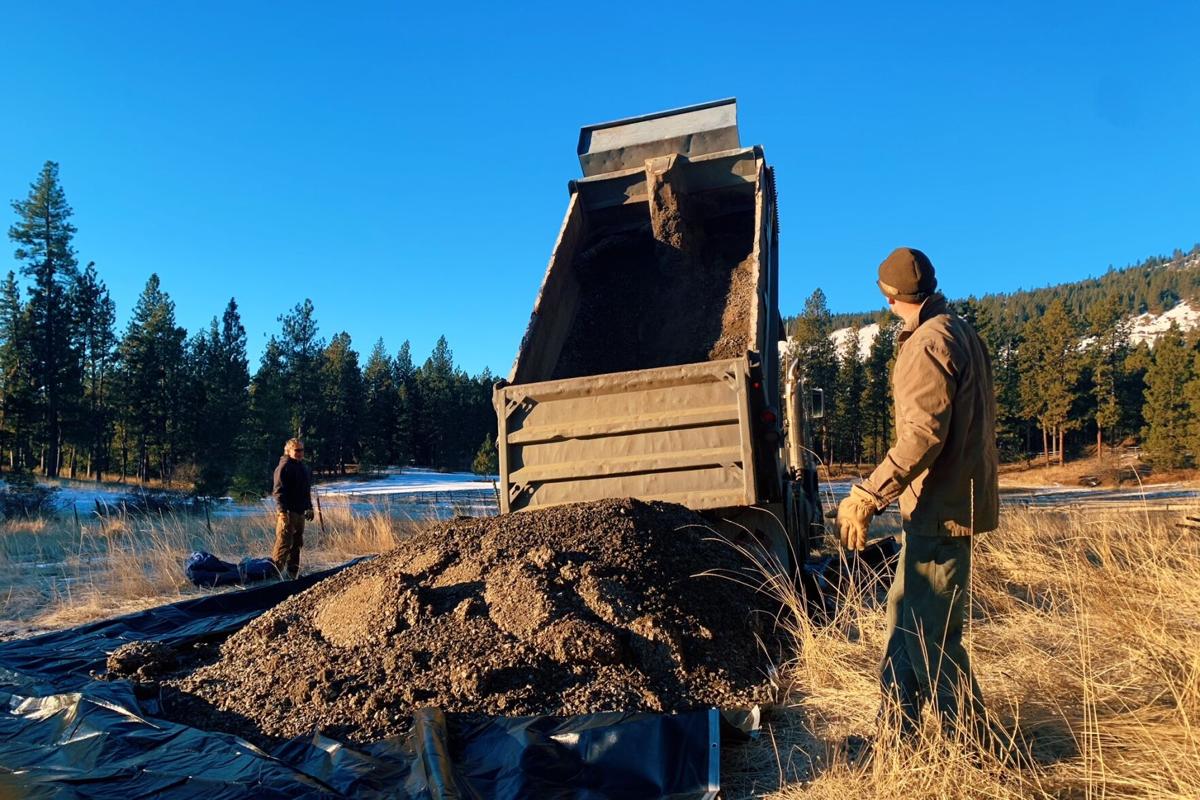 LA GRANDE — A section of trail in the Mount Emily Recreation Area got a facelift last week thanks to the generosity of some local outdoor enthusiasts.

Volunteers with the Blue Mountain Singletrack Trails Club chipped in their time to improve a section of the Red Apple Trail, notorious for becoming swampy in the spring months.

“There’s a section that goes through a meadow, and in the spring and the fall, it’s just like a mud pit,” said Sean Lerner, a member of the club’s board of directors. “It’s been something that’s on the list of things to fix for a long time.”

Lerner said the Trails Club had been considering looking for grant money to pay for the repairs until a benefactor stepped in to donate a load of gravel toward the effort. After that, all it took was people willing to work to improve the trail, and club members stepped up to fill the role.

“One of our club members, Mike Riley, who does local excavation work, offered to donate and deliver like 12 or 13 yards of gravel,” Lerner said. “So he came and dropped that off, and we had six of us throughout the day and throughout the morning going in and moving wheelbarrows and shaping the new raised trailbed.”

Lerner said the Blue Mountain Singletrack Trails Club had some 150 members, many of whom were families. He noted that membership nearly doubled in recent months, citing the pandemic.

“Being outside really took off this past year,” he said.

The club, which Lerner said was founded in 2007, was responsible for the initial purchase of Mount Emily Recreation Area just north of La Grande. The club also does much of the non-motorized trail building in MERA, though it has also helped build trails in the Anthony Lakes area.

Lerner explained that areas such as the Mount Emily Recreation Area were an asset to the community, both during and outside of the COVID-19 pandemic.

“Especially now, during the pandemic, we’ve seen that we’re pretty lucky to have places we can go and do stuff in a way that’s safe,” Lerner said. “Even beyond that, we’re really lucky here to have such access to outdoor recreation that’s so close to town. It’s pretty well proven that even just going for a walk in the woods is good for your mental and physical health.”

Those interested in learning more about the Blue Mountain Singletrack Trails Club, including a spring work day when the club encourages community members to chip in to help with trail repairs, can visit the BMSTC website at bluemountainstc.org.