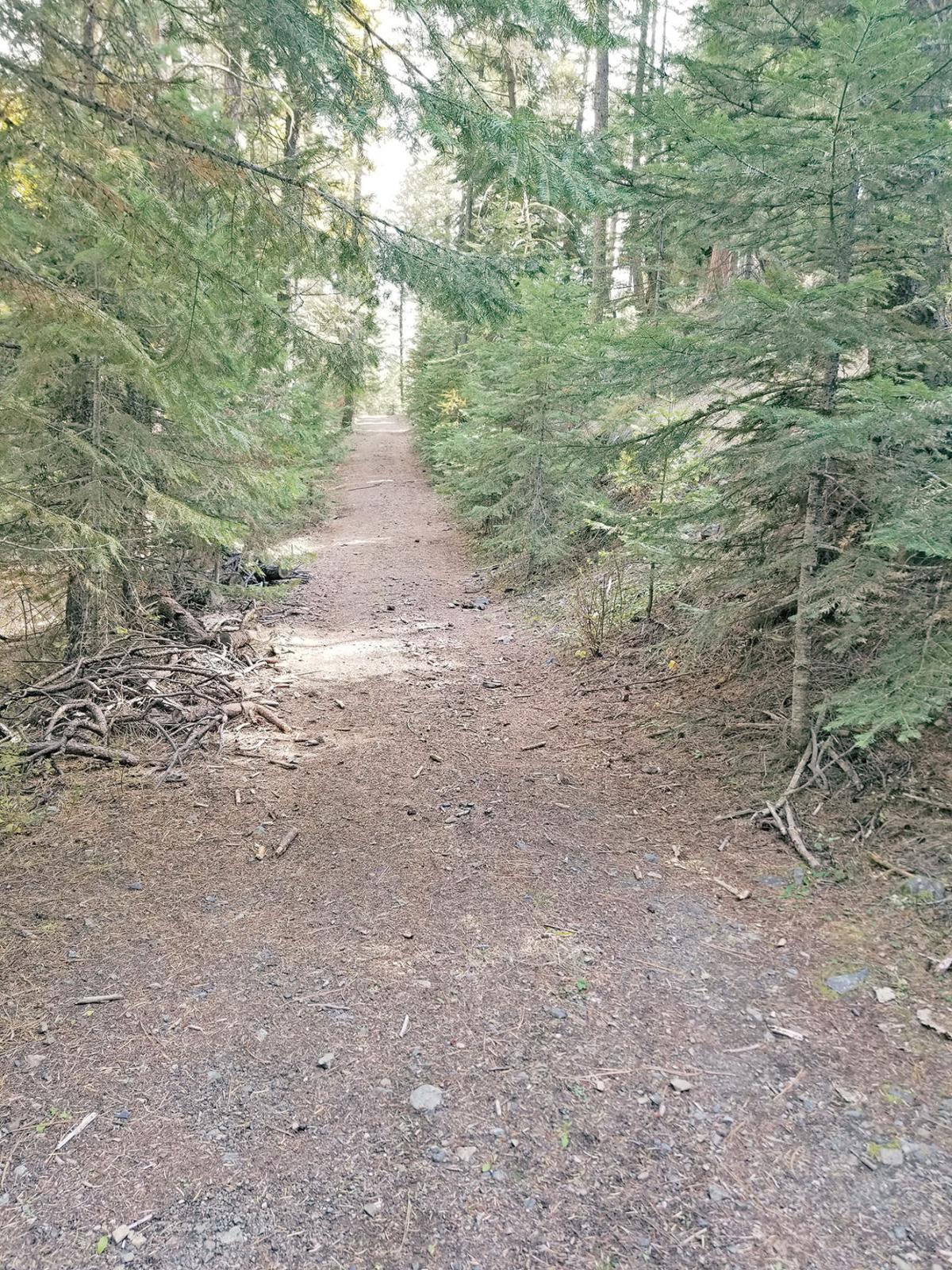 Old roads might not be well-suited to full-size rigs — and in many cases they’re blocked by ‘tank traps’ or other obstacles — but they often make for excellent hiking or mountain biking paths. 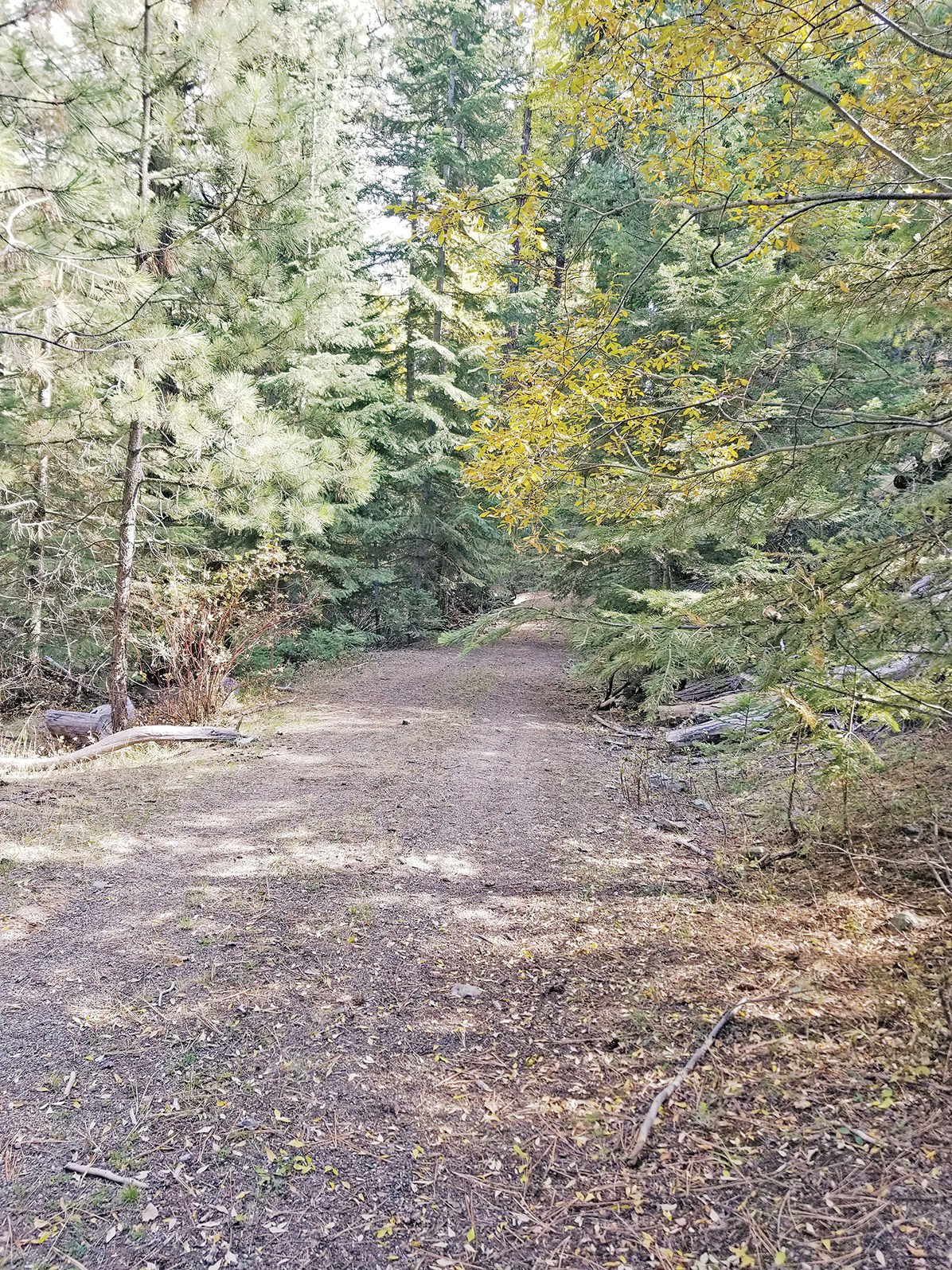 Many roads on national forests in the Blue Mountains are open to hikers and mountain bikers even if they’re closed to, or not accessible by, some motor vehicles. 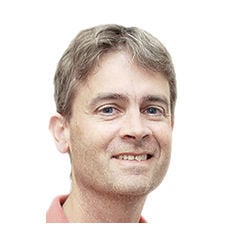 Old roads might not be well-suited to full-size rigs — and in many cases they’re blocked by ‘tank traps’ or other obstacles — but they often make for excellent hiking or mountain biking paths.

Many roads on national forests in the Blue Mountains are open to hikers and mountain bikers even if they’re closed to, or not accessible by, some motor vehicles.

The stump of the juvenile ponderosa pine nearly sent me sprawling, but I wasn’t particularly perturbed at barely avoiding what might have been a painful tumble.

The pine wasn’t much of an obstacle, for one thing.

Had I been paying even slightly closer attention to where I was putting my feet I could have easily bypassed the stump.

And I’m not what anyone would describe as nimble.

(Anyone who’s ever watched me walk, anyway, an experience that tends to induce in spectators a kind of grudging admiration that I can get around under my own power.)

But the reason I appreciated rather than resented my innocuous encounter with the little bit that’s left of that pine is that it reminded me I was fortunate to have this place to hike.

Moreover, the episode clarified a notion that’s been floating about, as it were, on the shoals of my subconscious for some time.

I was walking on a road. It’s a road that so far as I could tell hasn’t been navigated by a motor vehicle for at least a few years. But it was quite clearly a road — something built to the dimensions required to accommodate log trucks.

And it struck me, not long after the toe of my right shoe struck the stump, that this road is one of dozens that have been built over the decades in the publicly owned forests of Northeastern Oregon.

Many of these roads are open to, and frequently traveled by, motor vehicles.

But a fair number are not. Some have been blocked by gates, and others by “tank traps” — series of ditches that span the road bed. Of the latter group, some are still accessible by ATVs, which, with their tidy dimensions and supple suspensions, can often get through the tank traps that turn back pickup trucks and other highway-legal rigs.

These roads constitute a network of routes that in parts of the region boast more mileage than the trails, where motor vehicles can’t legally go.

This network of roads is a valuable resource and, it seems to me, a relatively untapped one.

I use the word “resource” with some hesitation. It’s among the words favored by federal land managers — the sort of hedging, general word that started to infest government publications decades ago when bureaucrats began to shun more earthy, but precise, nouns such as trees and grass and rocks.

We’re subjected now to curious substitutes that leave the reader floundering, unsure exactly what sort of vegetation is being managed in a “vegetation management project” and whether a “transportation resource” is a wide gravel road where you can haul a fifth-wheel trailer without slashing pinstripes in its flanks, or a narrow footpath through the pines.

But roads that aren’t accessible to or often used by motor vehicles certainly qualify as a resource for hikers, mountain bikers and horseback riders. And I hope these roads will remain a useful, and used, resource for a long time.

The road where I was almost felled by that stump is on the west side of the Elkhorns, north of Phillips Reservoir. This area has an extensive allotment of roads, as even a cursory glance at a Forest Service map shows.

The area seems to me a fair representation of the road situation in many other parts of the Blue Mountains — the aforementioned mixture of roads ranging from ones suitable for a family sedan to those that the pines have begun to reclaim since they were blocked by a tank trap or other impediment.

The future of many of these roads is not clear.

The one I walked on recently, and several others nearby, were among those slated to be legally closed to motor vehicles in the Travel Management Plan the Wallowa-Whitman National Forest unveiled in March 2012.

That plan was withdrawn less than a month later, after hundreds of local residents — and Congressman Greg Walden — complained that the plan would have closed too many roads to motor vehicles.

Since then the issue of motor vehicle access to roads has been superseded by other projects — most notably the Blue Mountain Forest Plan revision. But the matter will return eventually, as Congress mandated that every national forest go through the travel management process.

Some people who advocate for closing roads to motor vehicles aren’t satisfied with a legal ban on access. They also want the Forest Service to “decommission” roads. That entails bringing in heavy equipment to erase, to the extent possible, evidence that the road ever existed by obliterating the roadbed itself and restoring the land’s natural contours.

This strikes me as a waste — and an expensive one at that, given the cost of hiring heavy equipment.

It also would deprive the public — which is to say all of us, the owners of this land — of a way to enjoy the forests.

The vast majority of the hiking trails on the Wallowa-Whitman are confined to the Eagle Cap Wilderness, Hells Canyon and the Elkhorns. In the Phillips Reservoir area the only designated trails are the paths around the lake itself, and the mile-long path to Indian Rock just north of Highway 7.

But the network of roads serves essentially the same purpose, roads being in essence much wider versions of trails.

I’m not so naivé as to expect the Forest Service, which struggles to maintain trails, will be able to occasionally clear fallen logs from roads.

But fortunately users often take on that burden — especially on roads that are still accessible to ATVs.

I’ve walked more miles this year on roads than I have on trails, and even the roads that seem to have been all but abandoned are still relatively easy to walk on (notwithstanding the occasional pine stump).

Besides which there’s this bonus — the Forest Service already has detailed maps showing these roads.