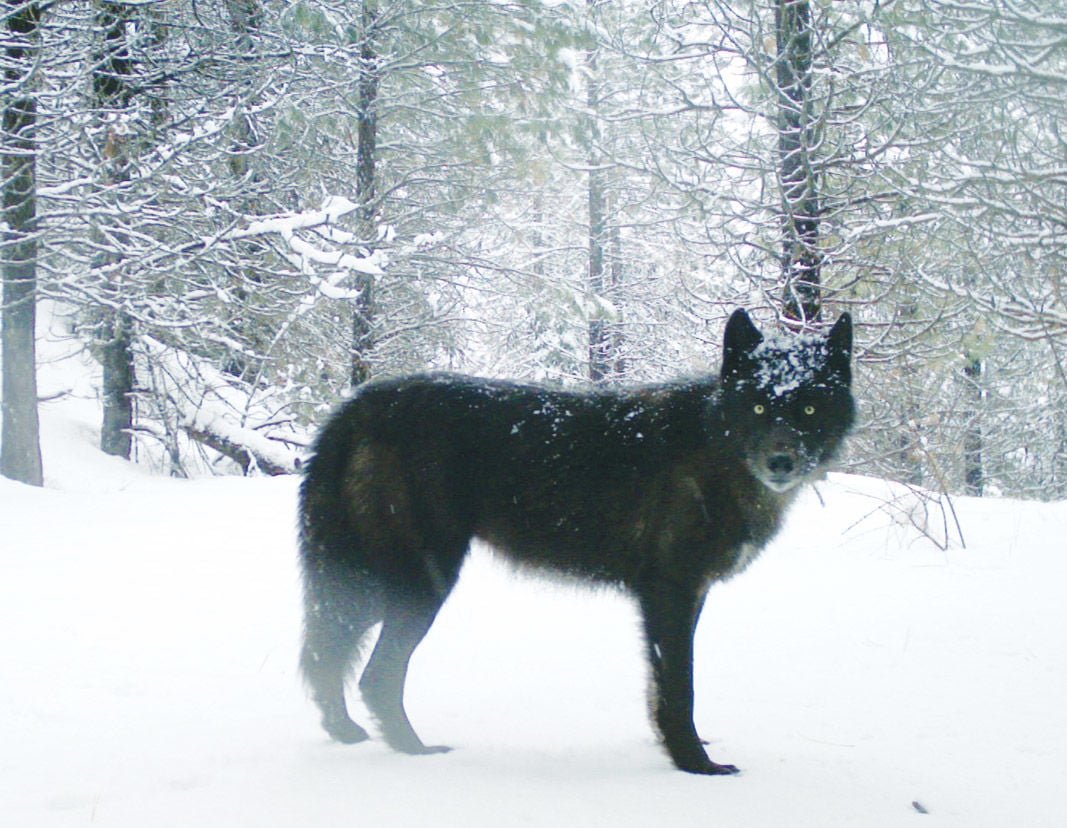 A wolf of the Wenaha Pack captured on a remote camera on U.S. Forest Service land in northern Wallowa County in February 2017. 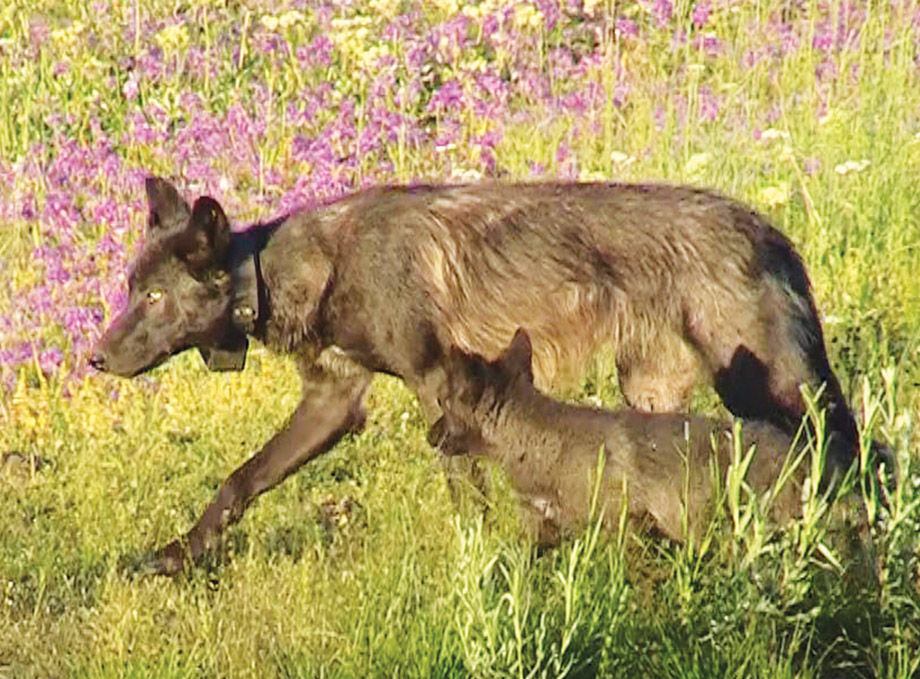 A wolf and pup photographed in Wallowa County in 2013.

A wolf of the Wenaha Pack captured on a remote camera on U.S. Forest Service land in northern Wallowa County in February 2017.

A wolf and pup photographed in Wallowa County in 2013.

Oregon’s estimated wolf population increased by 15% in 2019, and as has been the case since the animals returned to Oregon about 20 years ago, the majority of the state’s wolves live in the northeast counties.

Biologists from the Oregon Department of Fish and Wildlife (ODFW) tallied 158 wolves this winter, an increase from 137 the previous winter, according to the annual wolf report released Wednesday and available online at odfw.com/wolves.

Those are considered the “minimum known wolf counts” and don’t represent the actual population of wolves, according to ODFW.

“The actual number of wolves in Oregon is likely higher, as not all individuals present in the state are located during the winter count,” according to a press release from the agency.

Biologists counted 22 wolf packs this winter, up from 16 the previous year. A pack is defined as four or more wolves traveling together during the winter count. Nine other groups of wolves, numbering two or three animals, were documented.

Of the 22 packs, 19 have ranges that are in northeastern Oregon — Baker, Union, Wallowa, Grant, Umatilla and Morrow counties.

Although most of Oregon’s wolves continue to live in the northeast corner, this region, unlike in some previous years, wasn’t the focus of wolf attacks on livestock during 2019.

ODFW confirmed 16 wolf attacks on livestock, compared with 28 attacks in 2018.

In 2019 wolves killed one adult cow, one steer, 11 calves, six sheep and one protection dog, according to ODFW. More than half of the attacks were by the Rogue pack, which lives in Jackson and Klamath counties in southern Oregon.

Wolves from the Pine Creek pack in eastern Baker County killed an adult cow in April 2019 and a calf in May 2019.

ODFW confirmed that seven wolves were killed in 2019, five hit by vehicles and one that died from a disease.

On March 12, 2019, Lawrence Aguilar, who lives about 9 miles from Halfway in Baker County, shot and killed one of four wolves that he said were chasing his cow dog near his home.

ODFW didn’t document any cases of people illegally killing wolves in the state in 2019, according to the annual report.

Oregon Wild, a group that advocates for wolves to expand into new territories in the state, lauded the trends detailed in the report.

“158 known wolves in the state is a reason to celebrate, but we should always remember there is habitat to support more than 1,450 of these iconic animals, and our current count represents a tiny fraction of what once lived here,” said Steve Pedery, conservation director for Oregon Wild. “Oregon needs a cautious, science-based approach to these animals that minimizes killing, supports responsible livestock operations, and holds poachers accountable.”

“All in all, livestock producers are not celebrating the continued increase in population, nor embracing the notion that we can peacefully co-exist,” Rodger Huffman and Veril Nelson, co-chairs of the wolf committee for the Oregon Cattlemen’s Association, wrote in response to the annual report.

“We do not buy into the argument that more wolves equates to fewer livestock losses,” Huffman and Nelson wrote. “Time will show that increased numbers equates to increased losses, both confirmed and the much higher percent which are uncomfirmed, and even unreported.”

Huffman and Nelson note that ranchers bear much of the cost for employing nonlethal methods, such as fencing and range riders, designed to protect their animals from wolves and other predators.

“We would suggest it’s more a matter of survival than attempts to co-exist as the report suggests,” they wrote.

Huffman and Nelson also believe that the state’s compensation fund for ranchers who lose livestock to wolves is “severely underfunded and again discourages producer participation due to its complexity and ultimate small percent paid to help producers stay in business in known wolf areas.”

The largest recipients were: