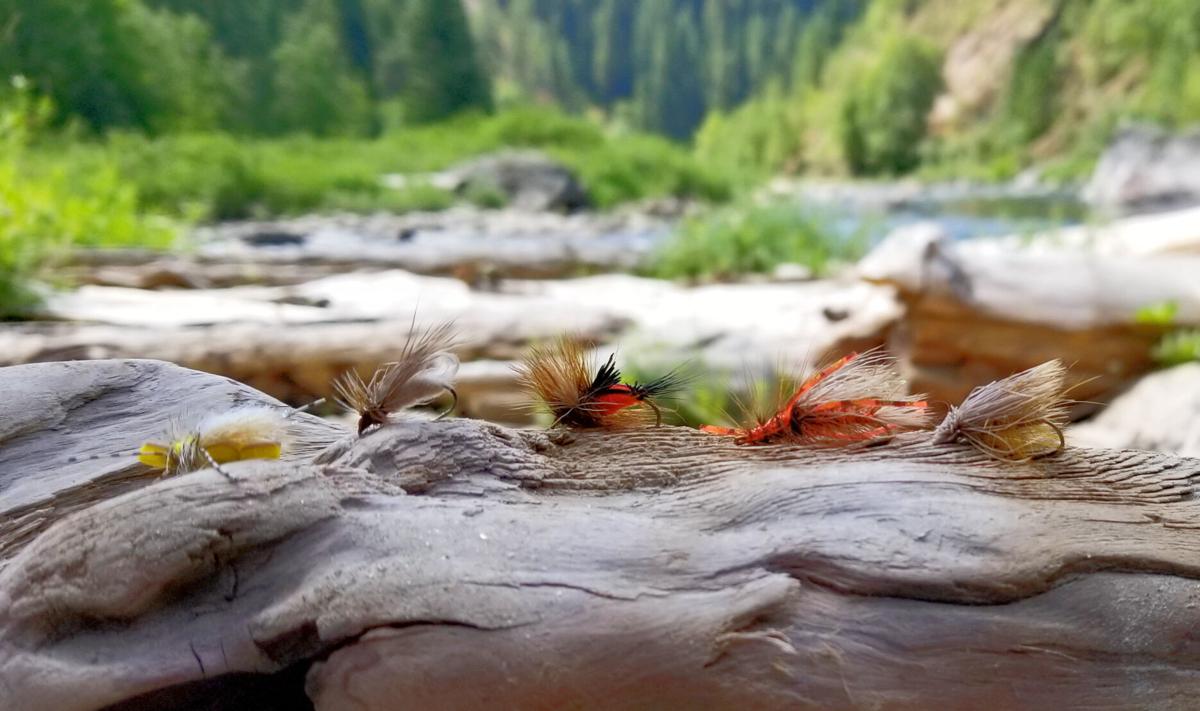 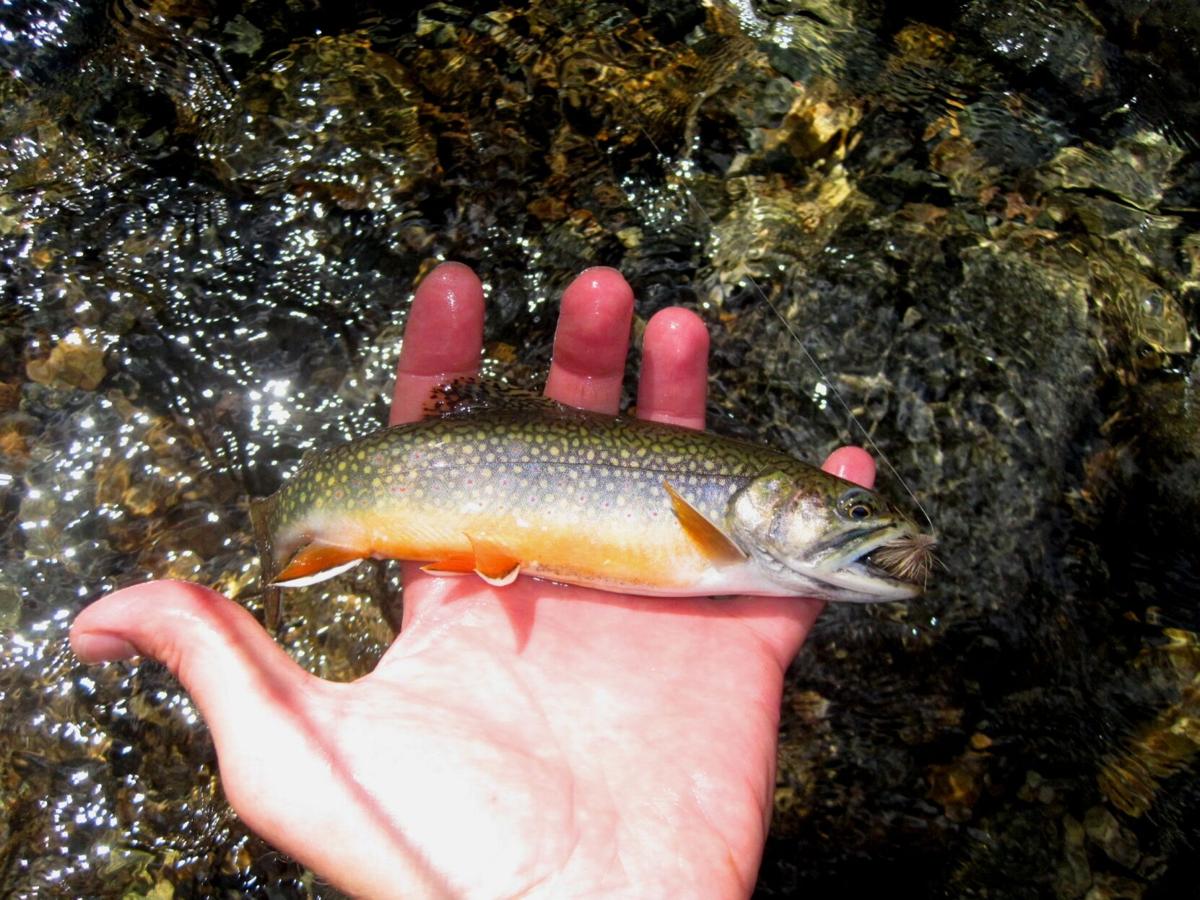 A gorgeous specimen of Montana’s Blodgett Creek brook trout could not resist the elk hair caddis. 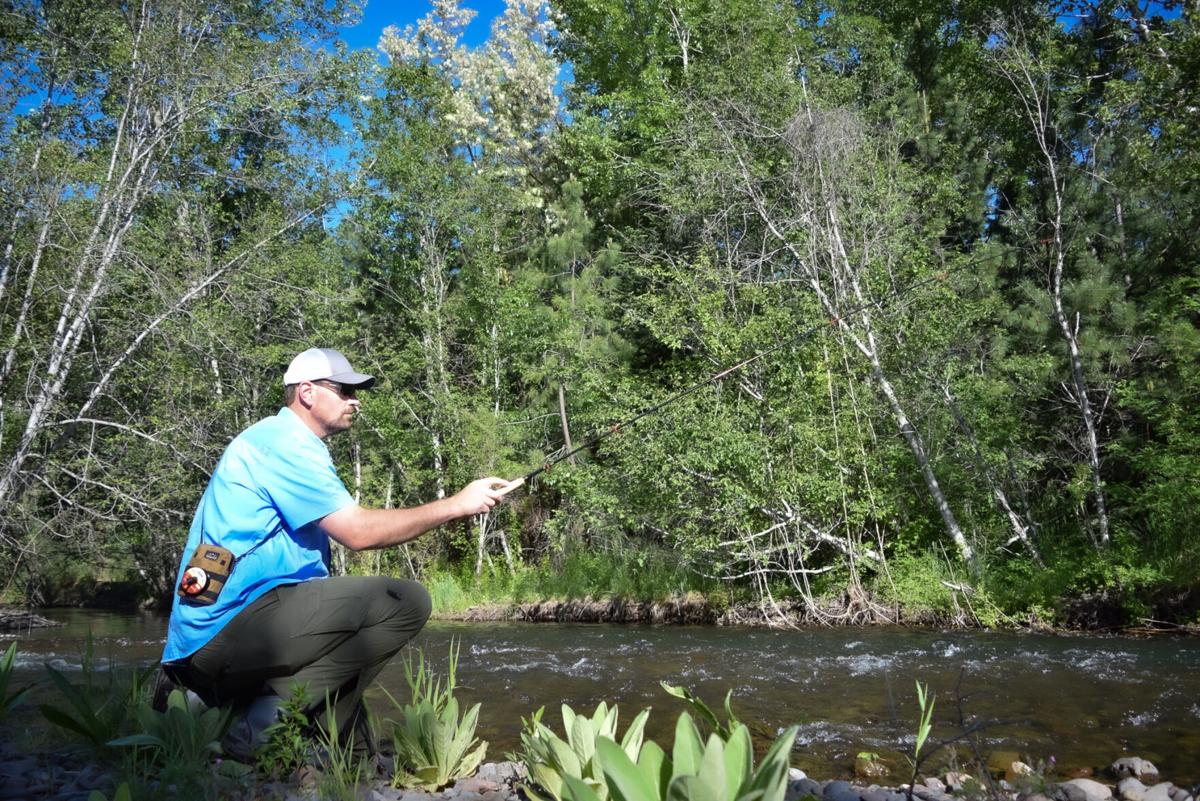 Trumbo dead-drifting a caddis for rainbows on the Tucannon River. 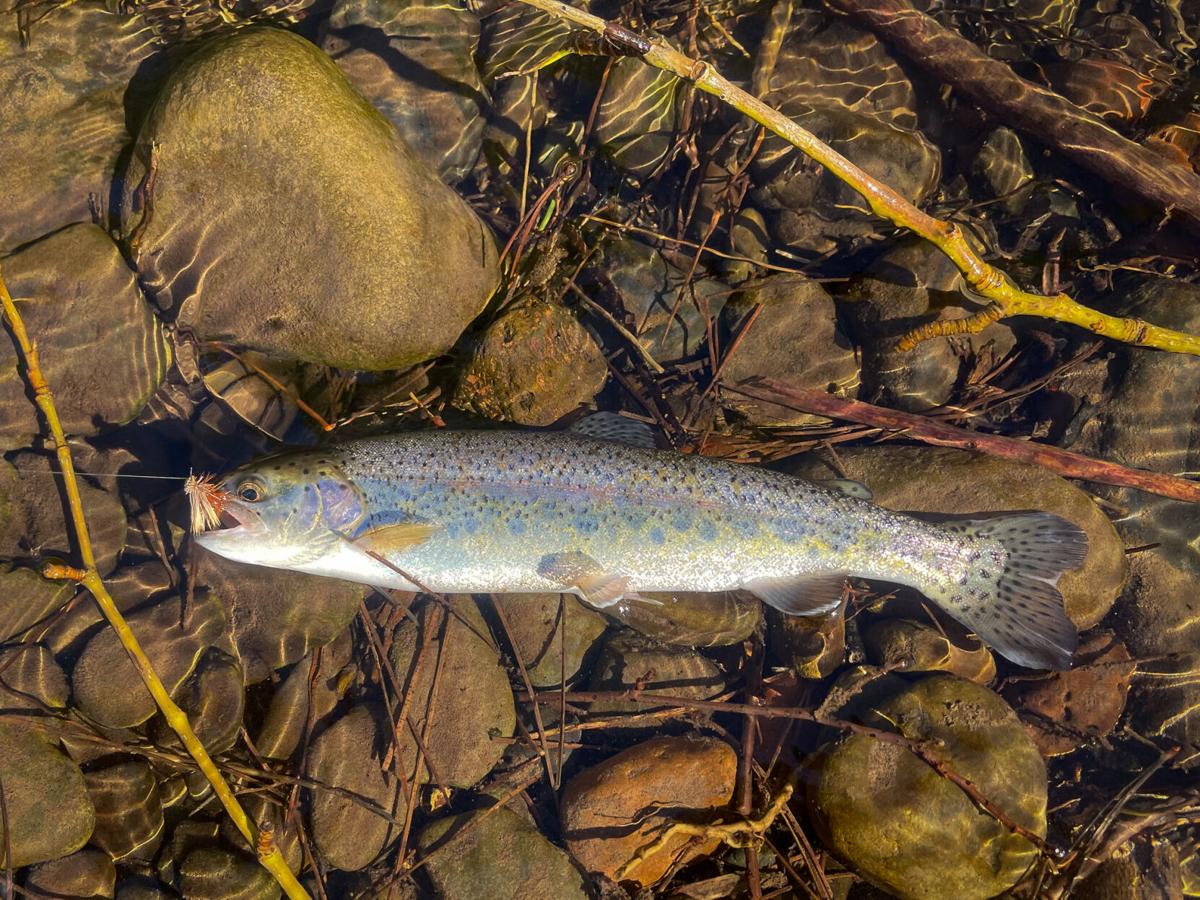 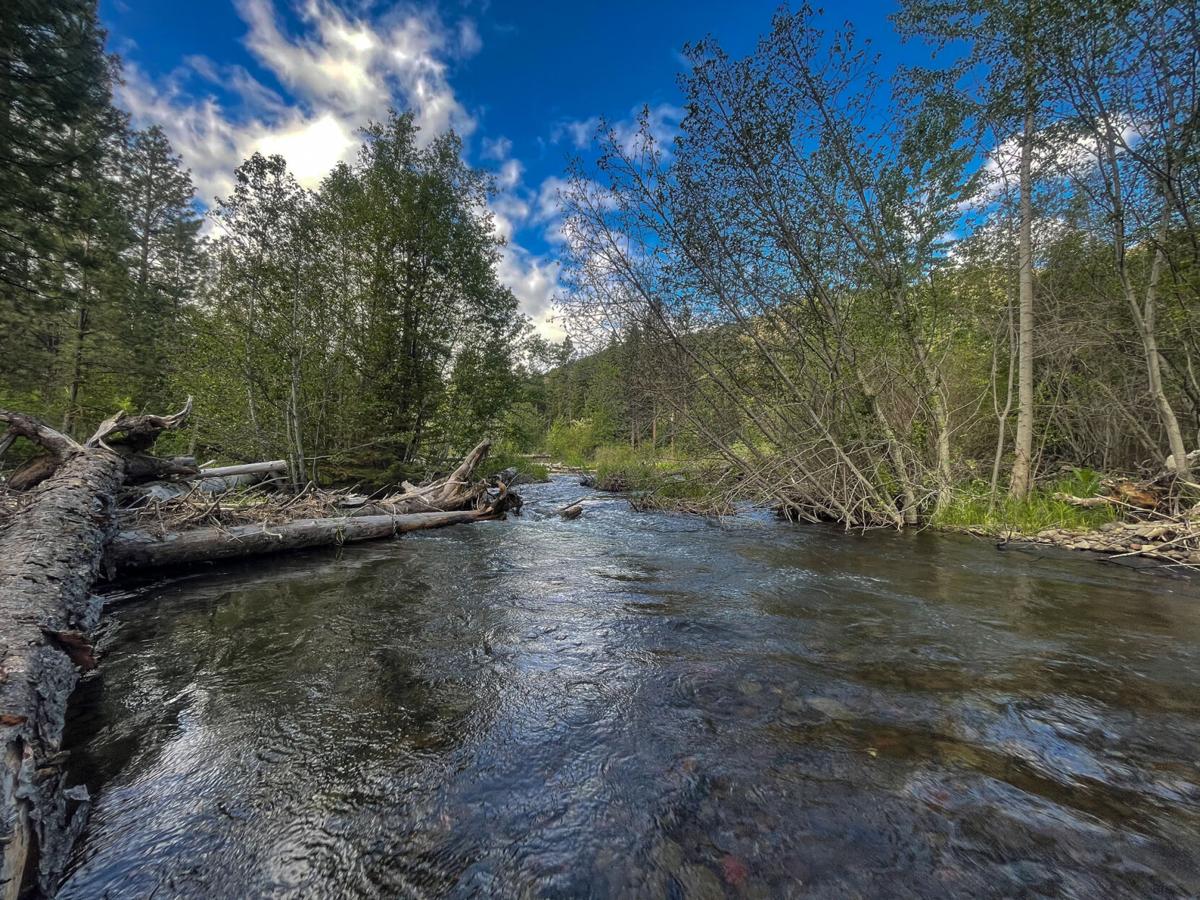 A glorious pool prime for drifting a fluffy, high-floating caddis for wild trout.

A gorgeous specimen of Montana’s Blodgett Creek brook trout could not resist the elk hair caddis.

Trumbo dead-drifting a caddis for rainbows on the Tucannon River.

A glorious pool prime for drifting a fluffy, high-floating caddis for wild trout.

If you’re a fly-fisherman, think back on your first trout on the fly. Can you remember it? Turns out I cannot, but I do recall my teenage years spent trying to crack the code on mountain brook trout in Appalachia. While my casting skill left much to be desired, habitat selection may have had more influence on my struggle to coax a fish to the fly. Thirty years later, mountain trout streams take me back to basics, such that the last time I carried a western-style fly rod and reel into a headwater stream was probably 2016.

These days I seek elevation and skinny water with only a handful of flies of usually one or two patterns, and a tenkara rod. Whether the fishing is actually easy or just second nature to me now remains to be determined, but one thing has remained constant — the elk hair caddis. This classic pattern stands as a staple in the fly box of trout anglers worldwide, mine included. Its effectiveness has made this the first, and often the only, fly I use on mountain streams.

So, how did this fly earn its reputation? There are approximately 7,000 known caddis species, which hatch generally April through October in the northern hemisphere. The dry fly (adult) pattern is often effective through November with peak hatch months typically being June through September. The October caddis hatch is well-known in some areas, including locally, for remarkable densities of colossal flies that may be mistaken for large moths. Fishing a giant October caddis can redefine “epic” as feisty fish feast to fatten up for winter on the filet mignon of insect forage.

Tied with a black, brown or olive body, ribbed with copper or tensile or not at all, and topped with hair as black as moose or bright as a bull elk’s rump, the pattern is universally effective. The same olive elk hair caddis once duped native brookies in several Virginia mountain streams only days before it landed me the Bitterroot Slam of rainbow, brook, brown, cutthroat, and cut-bow on my drive back to Washington. That was July 2020, and that fly now hangs on my pickup’s driver-side sun visor as a constant reminder of an exceptional few days on the headwaters draining our major eastern and western mountain ranges.

Given the fly’s popularity, effectiveness, and commonplace existence as a renowned fly pattern, one of the most curious facts about the fly is that it has been on the scene barely over 60 years. The simplicity of the elk hair caddis pattern led me to assume it has been around since the beginning of modern fly-fishing at the latest.

Seemingly one of the earliest possible fishing methods, one may assume that fly-fishing was common as early as 1653 with the first publishing of Izaak Walton’s Compleat Angler. Surprisingly, one of the first records of fishing flies includes a group of about a dozen salmon streamers tied in Ireland in 1789, possibly older than the first color illustration of flies, according to the American Museum of Fly Fishing. Even more surprising, the first elk hair caddis is credited to Al Troth, tied in 1957, far later than many other classics like the Adams, which turned up around 1922. Little did Troth know that his caddis pattern would go on to imitate virtually any species of caddis, as well as some stoneflies. A truly revolutionary fly.

Dry-fly fishing — fishing flies on the water surface — is thought to be the pinnacle of trout angling. Norman McClean’s “A River Runs Through It,” centered in Missoula, Montana, sensationalized fly-fishing, invigorating the fishing world to take up the sport. McClean’s wit suggested purity in fishing dry flies through biblical reference, saying “Our father was a Presbyterian minister and a fly-fisherman who tied his own flies and taught others. He told us about Christ’s disciples being fishermen, and we were left to assume, as my brother and I did, that all first-class fishermen on the Sea of Galilee were fly-fishermen and that John, the favorite, was a dry-fly fisherman.”

While anyone can fish dry-flies, sans the pretention, there are arguably few other flies or fly-fishing methods that compare to charming wild trout with an elk hair caddis.

A creamy puff of elk rump bobs on a dead-drift, cascading into the head of a mountain stream pool. Unable to resist the temptation, a muscly rainbow with a cotton-candy pink lateral stripe rockets to the surface, engulfing the fly in an eager splash as it drifts over the emerald depths. A quick flip of the wrist sets the hook, and the fight ensures.

Admiring the remarkable hues of salmonid perfection from the clear, cold cascades is what dreams are made of. Dreams that can be reality for anyone willing to chase them with an elk hair caddis, July being a fine month on streams like the Wallowa River, Umatilla and Walla Walla.

Brad Trumbo is a fish and wildlife biologist and outdoor writer in Waitsburg, Washington, where he also actively serves the Walla Walla-based Blue Mountain Pheasants Forever chapter. For tips and tales of outdoor pursuits and conservation, visit www.bradtrumbo.com.