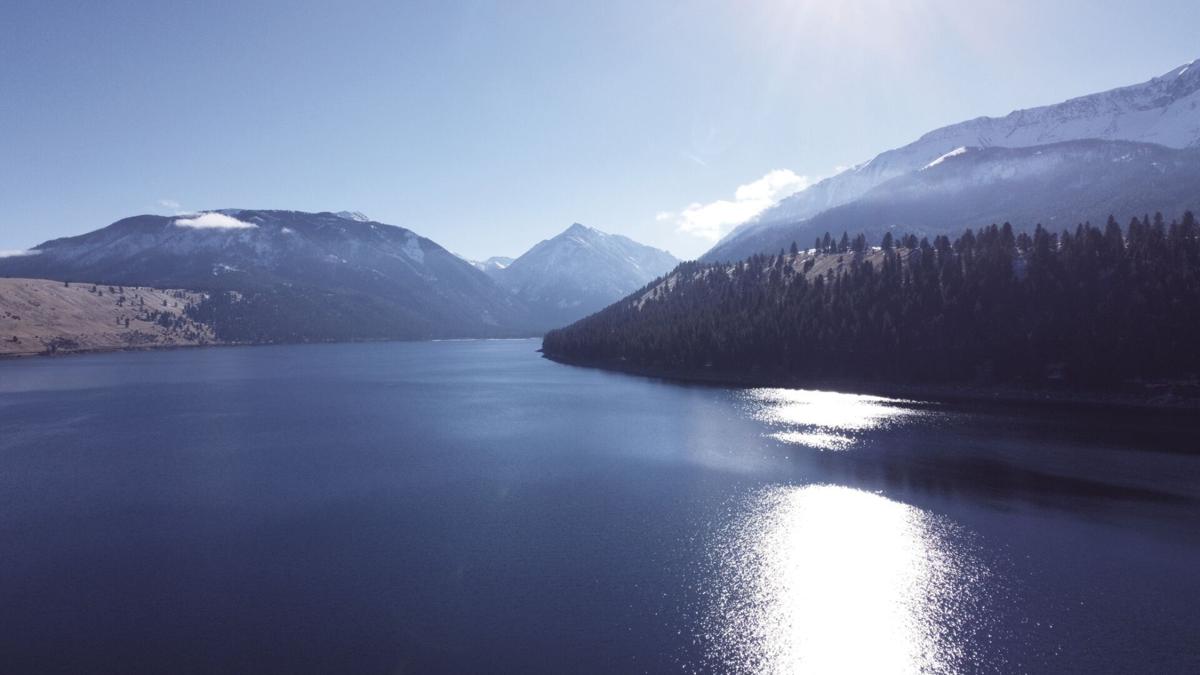 Looking south along Wallowa Lake, with Bonneville Mountain in the center. Photo was taken from a drone flying about 250 feet above the lake on Jan. 23. 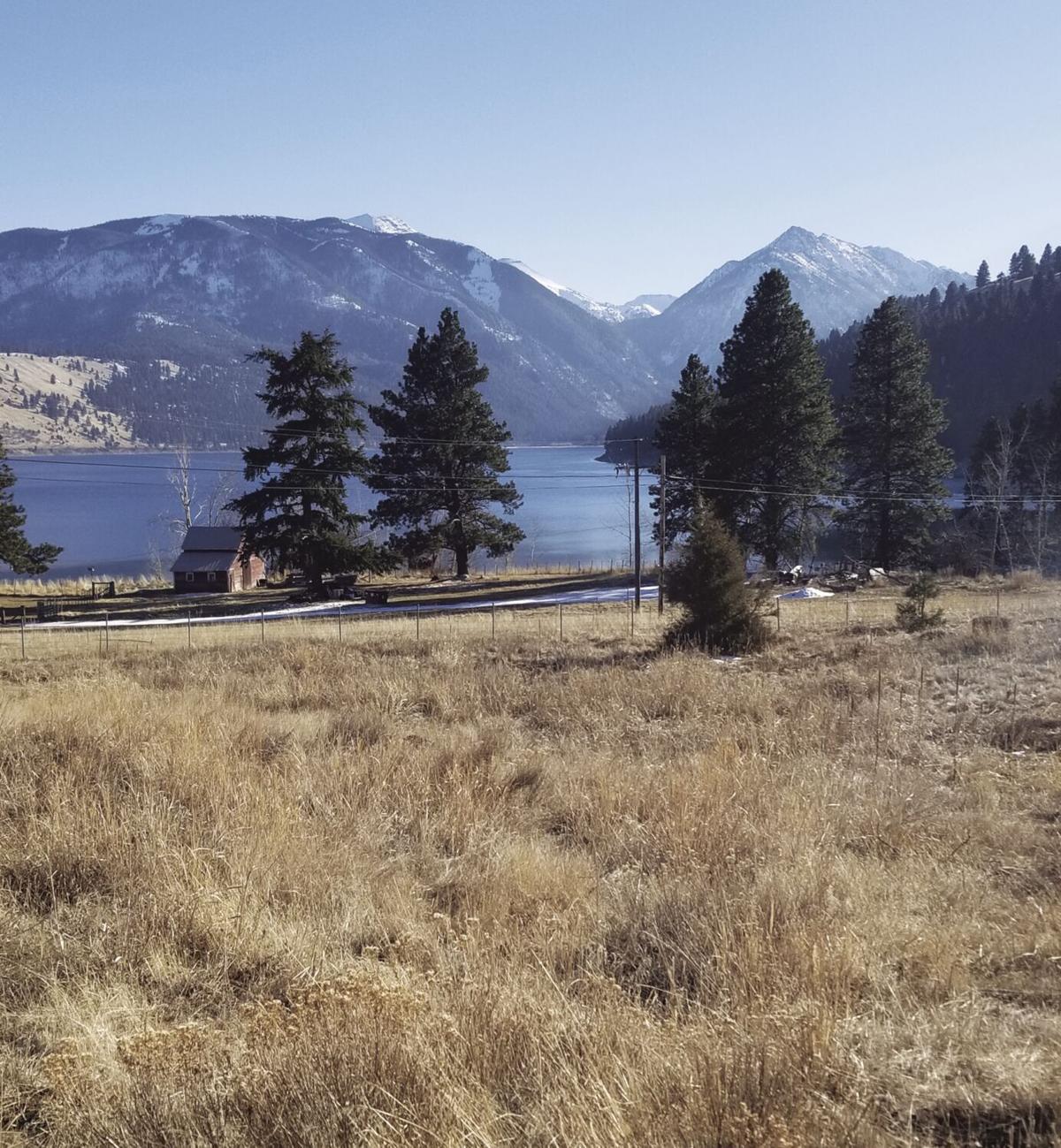 The view of Wallowa Lake from the Iwetemlaykin State Heritage Site near Joseph. 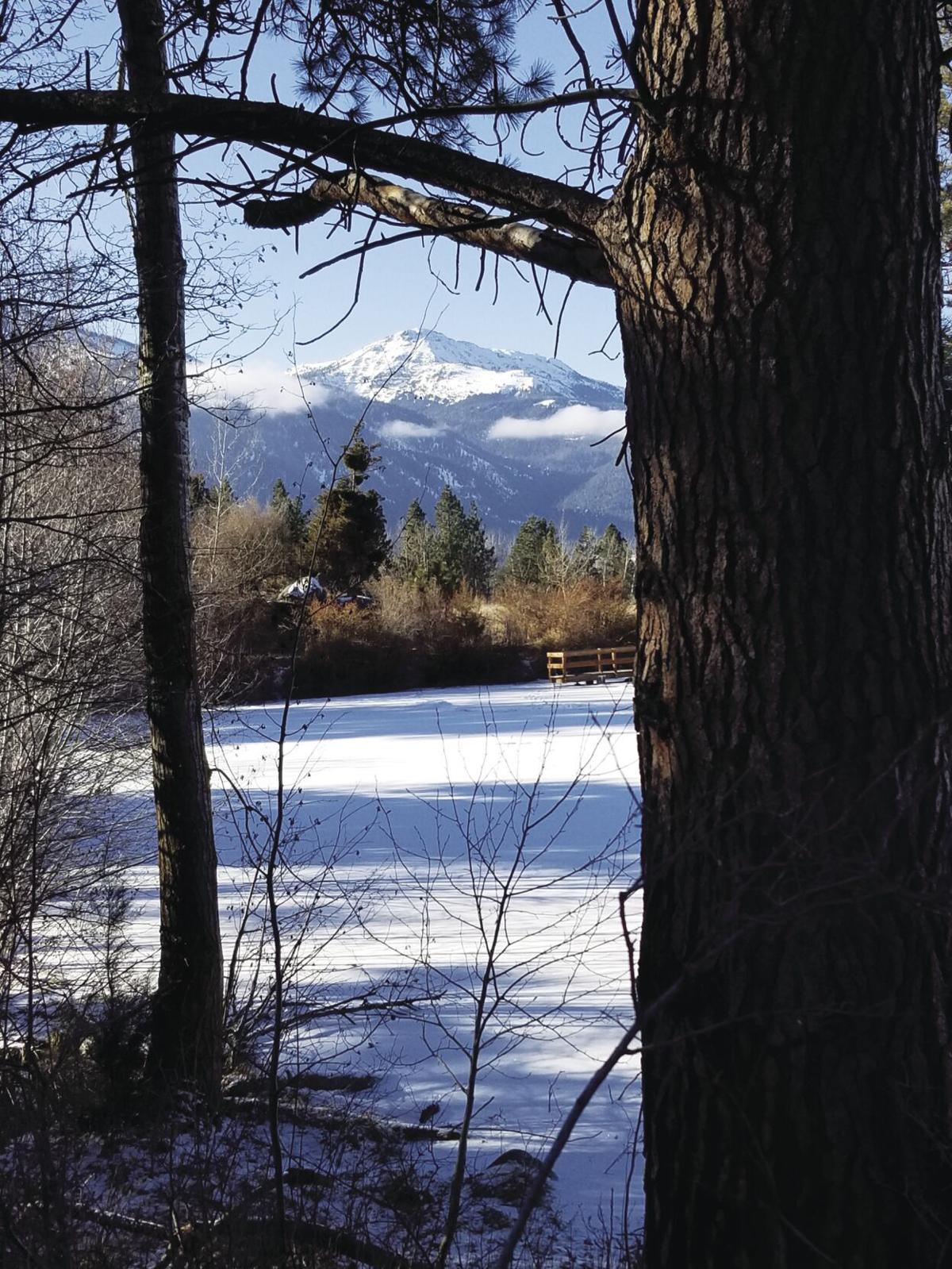 Frozen Knight’s Pond, with the high Wallowas in the background. The pond is part of the Iwetemlaykin State Heritage Site just north of Wallowa Lake. 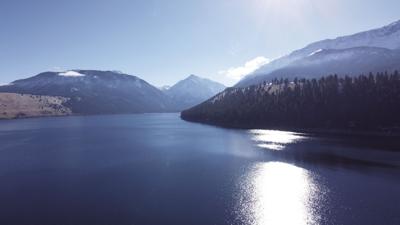 Looking south along Wallowa Lake, with Bonneville Mountain in the center. Photo was taken from a drone flying about 250 feet above the lake on Jan. 23.

Frozen Knight’s Pond, with the high Wallowas in the background. The pond is part of the Iwetemlaykin State Heritage Site just north of Wallowa Lake.

Wallowa Lake is difficult to take for granted.

But I’ve managed to pull off that feat.

Among Oregon’s myriad lakes, it seems to me that only one — Crater — surpasses Wallowa Lake in sheer magnificence.

But the margin is meager.

I give Crater Lake the slight edge mainly because its water can conjure multiple shades of blue, depending on the whims of wind and cloud, that I’ve never seen anywhere else.

Although I’ve visited Crater Lake at least half a dozen times, the uniqueness of the spectacle stunned me each time; it was as though I had neither witnessed, nor even conceived of, such a scene.

The two lakes have quite a lot in common.

Both could — and indeed, both do — serve as geologic classrooms.

The lesson at Crater Lake is volcanology. It formed in the igneous cradle created by the eruption of 12,000-foot Mount Mazama about 7,700 years ago.

Wallowa Lake, meanwhile, could star in any lecture about glaciology. The lake lies in the trench gouged by a glacier that flowed from the high Wallowas from around 40,000 to 17,000 years ago.

That glacier dragged rocks and soil along its edges, and it pushed the same sort of debris ahead of its snout, like a dog pushing a ball with its nose.

When the ice melted it left behind ridges of this unsorted material that mark the glacier’s margins, features known as moraines.

The miles-long, smoothly sculpted moraines that rise above the lake’s west and east shores are among the finest examples anywhere of lateral moraines.

At the lake’s northern edge, on the outskirts of Joseph, the highway was cut through the mounds that make up the terminal moraine — the glacier’s farthest downvalley advance.

Driving through the terminal moraine and suddenly seeing Wallowa Lake isn’t quite so dramatic as walking to the rim of Crater Lake.

The difference is largely a matter of scale.

Crater Lake’s rim is a thousand feet or more above the water, a vantage point that accentuates the lake’s vastness.

At Wallowa Lake, by contrast, the highway is only 100 feet or so above the water.

The lake stretches 5 miles to the south and a mile across, the pyramid of Bonneville Mountain at its head, and Chief Joseph Mountain commanding the southwestern skyline.

Every time I have this experience I wonder why I don’t have it more often.

I suspect there’s an element of irrationality in my relatively infrequent visits to this jewel among Oregon’s crown of natural treasures.

From my home in Baker City, the lake seems more distant than it is, mainly, I think, because the immense bulk of the Wallowas is in the way.

But the reality, of course, is that the lake is an easy, and quite beautiful, two-hour drive away.

I made that drive on Saturday, Jan. 23, with my wife, Lisa, and our kids, Olivia and Max.

Being prone to unfounded optimism as well as irrationality, I brought along our snowshoes. I had a vague notion of hiking a section of the Chief Joseph Mountain Trail at the south end of the lake.

I should have packed crampons.

Although this would have posed a problem seeing as we don’t own any.

Those overshoes of sharp steel spikes would have been the most welcome of appendages, though, as we crept along the trail.

The snow was scanty.

The ice, however, was plentiful.

I ought to have suspected that the January thaw would have melted much of the snow, and that the meltwater, unable to soak into the frozen soil, would have filled the trail’s shallow trench.

Appropriate, I suppose, given the role glaciers have played in sculpting the Wallowas we see today.

We made our tentative, shuffling way to the footbridge over the West Fork of the Wallowa and started up the switchbacks. But after a couple of near falls we turned back, fear of potential fractures outweighing the prospect of a view across the lake.

Disappointed, I suggested we try the East Fork trail, but it was, if anything, more deficient in friction.

The day was far too beautiful to call a forfeit, though, nearly cloudless, appropriately chilly for midwinter and with only a moderate breeze from the north.

We explored the sprawling Wallowa Lake State Park, including a short stroll on the nature trail. I had hoped to use this path to connect to the Chief Joseph Mountain Trail but we were yet again foiled by ice.

Next we drove back to the north end of the lake and parked at the Iwetemlaykin State Heritage Site, a place I had not visited (and can’t pronounce, even with the aid of a state park pamphlet).

The Oregon Parks and Recreation Department opened the 62-acre site in 2009. The state paid $4.1 million for the property, using $3.2 million from the Lottery and $300,000 in donations from three tribes, the Nez Perce (the site being part of its traditional homeland), Confederated Tribes of the Umatilla Indian Reservation and Confederated Tribes of the Colville Reservation.

The park has a fine network of trails totaling about a mile, most of which meander along the Wallowa Lake glacier’s terminal moraine. It’s a distinctive landscape, most notably the scattered granitic boulders known as “erratics” that were rafted here by ice from miles away.

After hiking the trails we took a short detour to Old Chief Joseph’s grave, a national historic landmark managed by the National Park Service.

Here I felt the same emotion that I have at other places which commemorate in some way the rich, inspirational but also unspeakably sad legacy of the Nez Perce.

Old Chief Joseph, who died in 1871, was the father of the chief, also named Joseph, who led the Nez Perce on their tragic trail from the Wallowa country in 1877, pursued by U.S. Army soldiers across the mountains of Idaho and Montana.

In 2010 I walked through the Big Hole National Battlefield in Montana, site of one of the skirmishes between the Army and the Nez Perce.

About 90 members of the tribe, including many women and children, died in the battle on Aug. 9-10 of 1877. The death toll among the soldiers was 31.

That terrible trail ended near the Canadian border, where Young Chief Joseph uttered words so noble they should never be associated with the word “surrender.”

“Hear me, my chiefs, I am tired; my heart is sick and sad. From where the sun now stands, I will fight no more forever.”

I thought of those words as I stood beside his father’s grave. It’s on a knoll with a view of Wallowa Lake, and the grand mountains beyond, that Joseph himself, tıwi·teqıs, must surely have reveled in often.

And I thought of another brief speech.

A speech that defines this place with a power and an eloquence that no photograph could ever capture, that no description of peak or glacier or lake could express half so well.

These words were spoken by Old Chief Joseph, just before his death. He was speaking to his son, who would become the leader of the Nez Perce.

“My son, never forget my dying words, this country holds your father’s body. Never sell the bones of your father and mother.”

But it did not matter.

Old Chief Joseph’s remains, originally interred between the forks of the Wallowa and Lostine rivers (fitting, as the Nez Perce called the Wallowa Valley the “land of winding waters”), were reburied at the foot of the lake in 1926.

Wallowa Lake would be magical even if its history was solely of the geologic sort — fascinating, but as cold and insensate as the stony mountains.

Its human history, a tale of bravery and stoicism that warms the heart as thoroughly as glacial ice chills the bones, elevates this place to a realm loftier than the highest peak.

Park is at the south end of Wallowa Lake. Follow paved highway from Joseph about 5 miles.