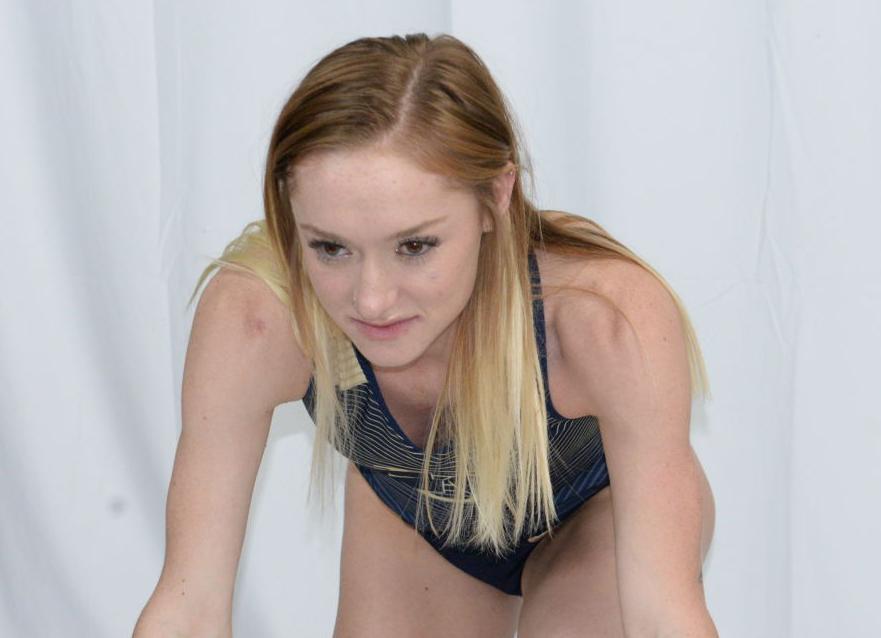 Eastern Oregon University's Megan Bolton, shown during an EOU photoshoot, has broken program records in the indoor 60-, 400- and 600-meter races in the last month. 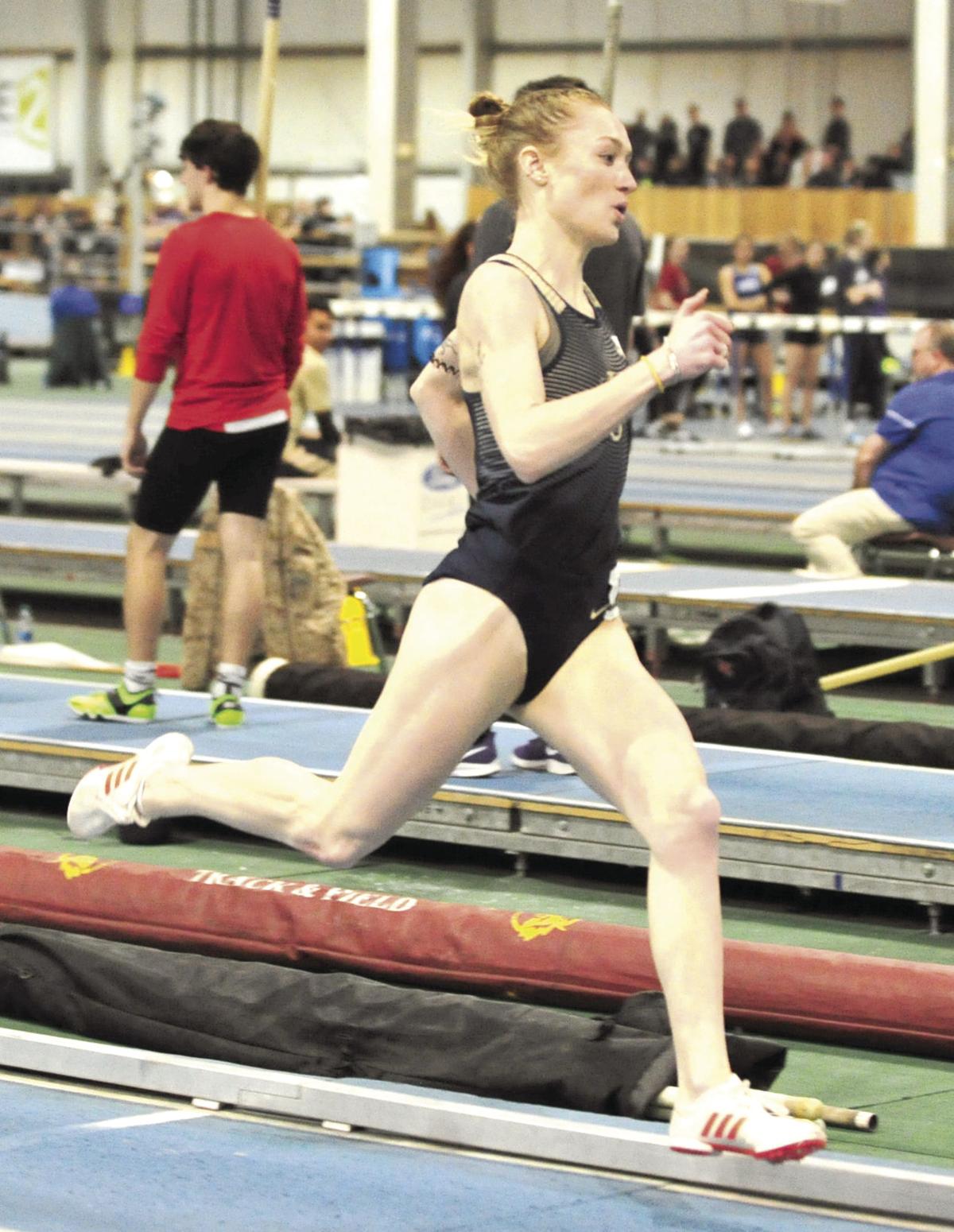 Bolton, a sophomore at EOU, broke program records in both the indoor 60 and 400 last weekend in Boise.

Eastern Oregon University's Megan Bolton, shown during an EOU photoshoot, has broken program records in the indoor 60-, 400- and 600-meter races in the last month.

Bolton, a sophomore at EOU, broke program records in both the indoor 60 and 400 last weekend in Boise.

LA GRANDE — Megan Bolton has drawn comparisons — and understandably so — to a record-setting sprinter who bears a similarity in name.

“All the time,” she said of how often Jamaican Usain Bolt has been brought up to her, adding friends would add a dash or an ellipse in her name — Bolt-on or Bolt…on. “I got used to it. I think it’s kind of funny. It’s a cool reference.”

Her name, though, is not the only thing she has in common with Bolt, as the sophomore sprinter is rewriting the record books for the Eastern Oregon University women’s track and field team.

And, appropriately, she’s doing it quickly.

In the last month, Bolton has set program records in the women’s indoor 60-meter dash, the 400 and the 600. She broke the school record in the latter of the three races — which, she said, is her favorite indoor race — twice in as many weeks, and set both the 60 and 400 marks last weekend.

“I haven’t sat back and thought about it,” she said of the records. “I just don’t think of myself as anything special. Anybody could break the records. Some of it is luck. The 60 was just more ambitious, just wanting to do better anytime I ran the event.

The 600, a race in which she is currently ranked second in the nation at the NAIA level, is a perfect example. She originally broke the record on Jan. 18 with a time of 1:35.95, but said in that first race, the middle lap on Boise’s 200-meter indoor track was her slowest. A week later, her goal was to be more consistent on each of the three laps.

“The second time we ran it we decided to get out hard, maintain hard, finish hard,” Bolton said.

That race she posted a time of 1:33.61, which resulted in her meeting the goal of positioning herself better in the national race in early March, which she had qualified for the prior week.

“I’ve been saying since last year I was going to be a national champ in the 600. I just wanted to set myself up for a better position and get more experience in the 600 so when I do go to nationals in it I have an idea of how I want to run it,” she said.

Running is in Bolton’s family, as both her father, James, and her brother, Cade, competed in track and, like Megan, were sprinters.

She transitioned to the sport fully in high school after spending 10 years as a gymnast, though during middle school she both ran track and did gymnastics.

The skill built up as a gymnast aided a natural transition to being a sprinter.

“It was super easy from an efficiency standpoint — the flexibility helped you get around faster,” she said.

The only thing that hurt Bolton’s efficiency in gymnastics was an ability to stay healthy. As she put it, “I got hurt a lot,” and her primary nemesis in that regard was the balance beam.

“Beam was the event that always beat me up,” she said, adding that her biggest fear in the event was “putting my face close to the beam” on flips.

The worst injury she suffered in gymnastics was when the ligaments in her sternum “tore and popped” in a fall from the uneven bars.

The fall didn’t require surgery, she said, but did result in a lengthy recovery, which set her back from where she needed to be in gymnastics.

Bolton made the decision to focus on track full time at 14 when she entered high school, but again she had to work through injuries.

She said that during her sophomore year, “I broke my right foot and I didn’t know it was broken, and so I kept running on it and eventually I tore the ligament that connected my big toe to my second toe. I had surgery on it and there were stress fractures in both my feet because I was overcompensating.”

Even in college, Bolton’s had to battle off the injury bug. Though she was already redshirting during last spring’s outdoor season, she suffered a labrum tear and a partial rotator cuff tear.

But Bolton has shown an ability to quickly bounce back, which she attributes largely to clean eating.

“A lot of the recovery is what you’re eating and how you treat your body,” she said. “My parents, when I was at a young age, taught me that what you eat affects you. I’ve been able to see that (is true), going through so many injuries and bouncing back so quickly because I’m eating the right things, doing the rehab, all the important things — just following the rules.”

“It was just a little bit of a fluke deal,” he said, “and that seemed to motivate her even more because it made her mad. She couldn’t do anything for a while. Sometimes the best way to realize how much you want to do something is to not be able to do it.”

The coach also pointed to Bolton’s work outside of the track season as reason for her breakout sophomore campaign.

“She had an excellent summer of training,” he said. “She worked hard over Christmas break. It’s easy to train hard while we’re in session. It’s what you do in the offseason that defines how good of a year you’re going to have. This didn’t just happen overnight.”

And, he added, if Bolton stays healthy and can continue to improve, there’s no limit to what she could attain, both in the indoor and outdoor season.

“She’s had really good training,” Welch said. “She gets a couple years of (good training) in, it could be interesting” to see what she accomplishes.