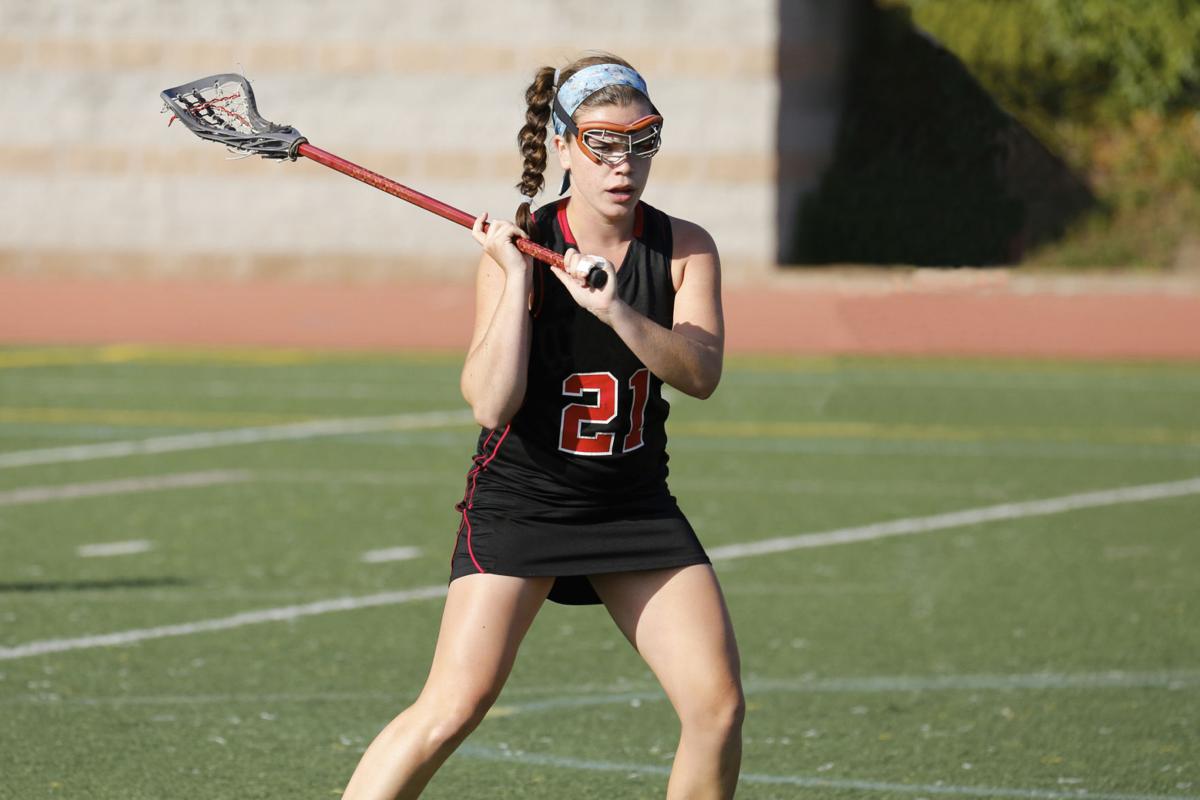 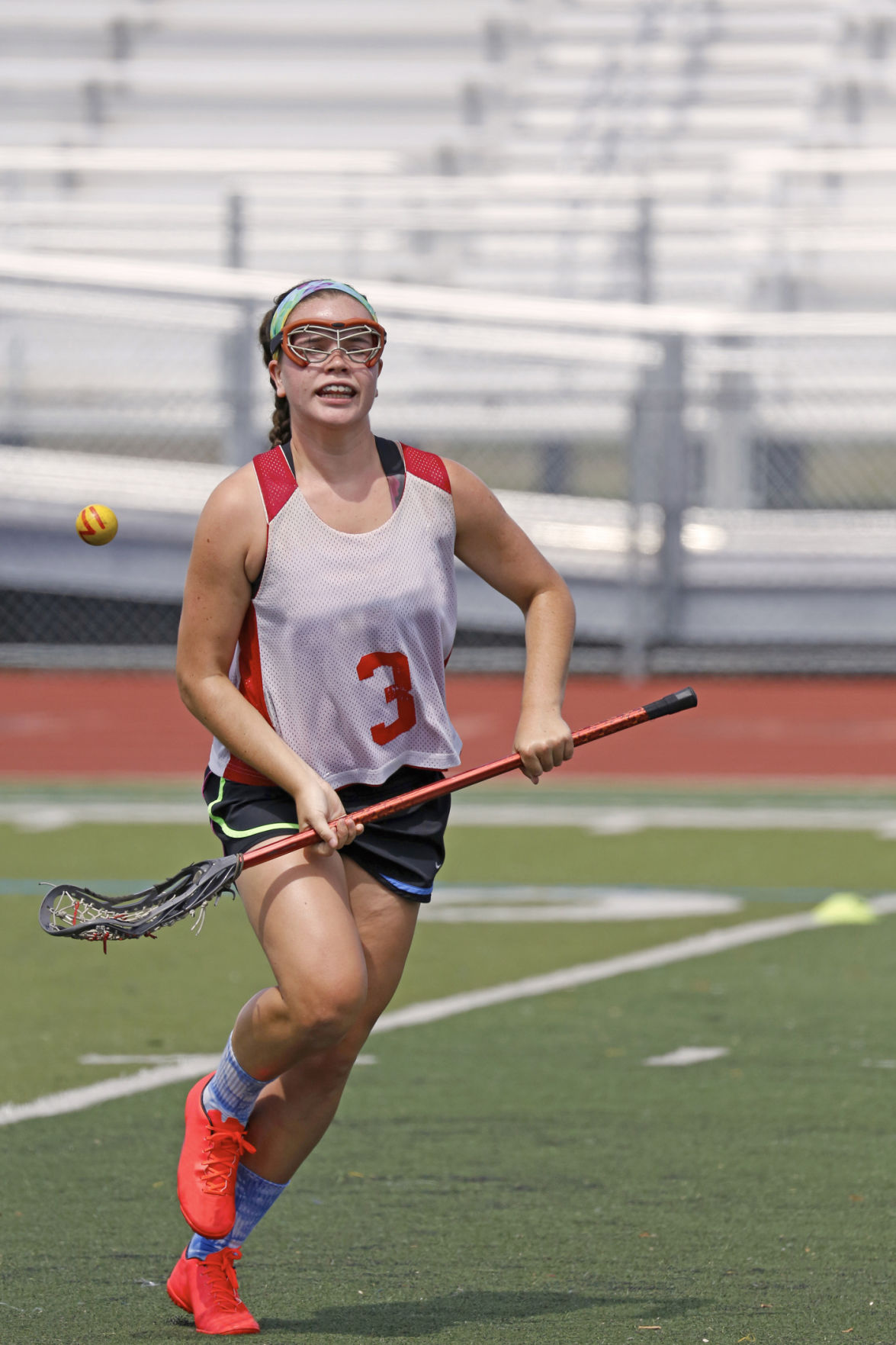 LA GRANDE — “Basketball on a field with a stick.”

That is how Monica Plut describes lacrosse to those who don’t know the sport, which is likely the majority of people she’s encountered in the Grande Ronde Valley since she became the coach of the new women’s lacrosse program at Eastern Oregon University in January.

And yet the sport is more than that. It’s a sport with a history that predates the more well-known sports of today — including football, basketball and baseball — by centuries.

“That’s what I love about lacrosse, the Native American heritage to it,” Plut said.

The origins date back more than 500 years, well before Christopher Columbus came to the New World, according to brittanica.com. The encyclopedia’s website states it was played by the Iroquois nations “in what became upper New York state and lower Ontario (Canada).”

The sport’s name today, lacrosse, was coined by Jesuit missionary Jean de Brebeaf in the 1630s, because the netted sticks used by the players resembled the stylized staff, or crosier, carried by church bishops, according to collegesportsscholarships.com.

Where now the sport is played on a field with 12 players on a team in women’s lacrosse, historians believe games between Native Americans could have between 100 and 100,000 participants at one time, according to worldlacrosse.sport. Games back then were played between villages with the goals anywhere from several hundred yards to several miles apart and could last up to three days. The game was seen as a way to toughen up younger men for war, and the name “little brother of war,” which Brittanica says it was called by the Cherokee, indicates as much. The game also was used for religious purposes or played to settle disputes between tribes — potentially, Plut said, instead of war.

"It was used as a stress reliever, it was used instead of war. It has a really deep history that I think a lot of sports lack."

“It’s the creator’s game, so before they played they would thank the creator for the opportunity to play the game,” Plut said. “It was used as a stress reliever, it was used instead of war. It has a really deep history that I think a lot of sports lack.”

Some of the roots of at least one of today’s most popular sports — basketball — could be traced back to lacrosse. James Naismith, who invented basketball in 1891, tried to adapt or analyze aspects of several outdoor games into his sport — one them, according to an ESPN article from 2006, being lacrosse.

Lacrosse began to gain popularity in the 1800s in Canada but initially didn’t catch on as well in the U.S. Plut believes there are a couple reasons lacrosse struggled to reach the popularity level of other sports in America.

“The stigma is that it’s a rich sport. It started in the private schools,” Plut said.

She added it’s more challenging for people to try the sport at a young age, especially if they have a basketball, baseball or football in their hands early.

“They don’t have the opportunity to play lacrosse unless they randomly come across it in a non-traditional area,” she said.

But the sport is among the fastest-growing in the nation, and Plut said the growth is partly because “a lot of the people, if you’re not the best at baseball or softball, they come over to lacrosse, and they like it a lot better because of the fast pace, the running, that kind of stuff.”

How the game is played

Since EOU is bringing on a women’s team, this rundown of the game will be based on the women’s rules, which differ from men’s. Women’s lacrosse is a noncontact sport, while men’s is a contact sport, Plut said.

Each half and overtime period starts with a draw at midfield. A draw also takes place after a goal. A player from each team lines up with the ball placed between their sticks — which are held at about waist level — and when the whistle is blown, they try to gain possession of it.

The game is played in two 30-minutes halves. Teams have a 90-second possession clock, akin to a shot clock in basketball, to try to take a shot on the goal.

The field, from goal to goal, is 100 yards and is 65 yards wide, and there is an additional 10 yards of space behind the goal, which itself is 6 feet by 6 feet. In essence, each goal is placed on the goal line for football, but the end zone is also in play.

The game is higher scoring than soccer, baseball or softball. In the brief 2020 NCAA women’s season before it was canceled due to COVID-19, the 25 highest-scoring Division I teams averaged between 14 and 21 goals a game. Only eight teams scored more than 17, and one scored more than 20.

Lacrosse has two 30-minutes halves. Teams have a 90-second possession clock. The field is 100 yards long and is 65 yards wide with an additional 10 yards behind the goal. The game’s solid rubber ball has a circumference of around 8 inches and a weight of about 5 ounces. Field sticks are between 35-1/2 and 43-1/4 inches long.

The game is played with a solid rubber ball — with, in regulation play, a circumference of around 8 inches and a weight of about 5 ounces — and a field stick with a length between 35-1/2 and 43-1/4 inches, according to the NCAA rulebook. The goalkeeper’s stick, though, can be up to 52 inches long. The head of the stick is somewhat triangular, and a mesh or net is woven in the top to hold the ball. The ball cannot be touched with hands, so the stick is used to run with, throw, catch, scoop up and shoot the ball.

Goalkeepers wear a helmet with a face mask, a throat protector, padded gloves, a mouthpiece and a chest protector. The other players are to wear eye protection and a mouth guard, and can wear gloves, a nose guard, and even headgear, if they choose.

If a game is tied after 60 minutes, the teams play a six-minute sudden-victory overtime period, changing ends at the midway point. This continues until a team scores. Conversely, if a team pulls ahead by 10 or more goals, a running clock is put in place. The running clock rule, though, is pulled if the lead is cut back to less than 10 goals.

Players can receive green, yellow or red cards for more egregious fouls, and the penalty for them carries a blend of soccer and hockey. A green card can be assessed for a delay of game, and the player is sent to the penalty box for one minute, and the game resumes in 12-vs.-11 format. The player can return to the field after a minute or following a goal. A yellow card, given for misconduct, is treated the same, though the player is out for two minutes. A red card — or a second yellow card — ejects the player for that and the next game. A substitute must then sit out for two minutes and cannot return after a goal.

Plut said some recent rule changes have made the game even better.

“It used to be like freeze tag. Every time the whistle blew you had to stop where you were. You could not move. But in the last couple years, and especially in college — high school just did it this year — when the whistle blows you don’t have to stop unless it’s in the critical scoring area which is right in front of the goal.”