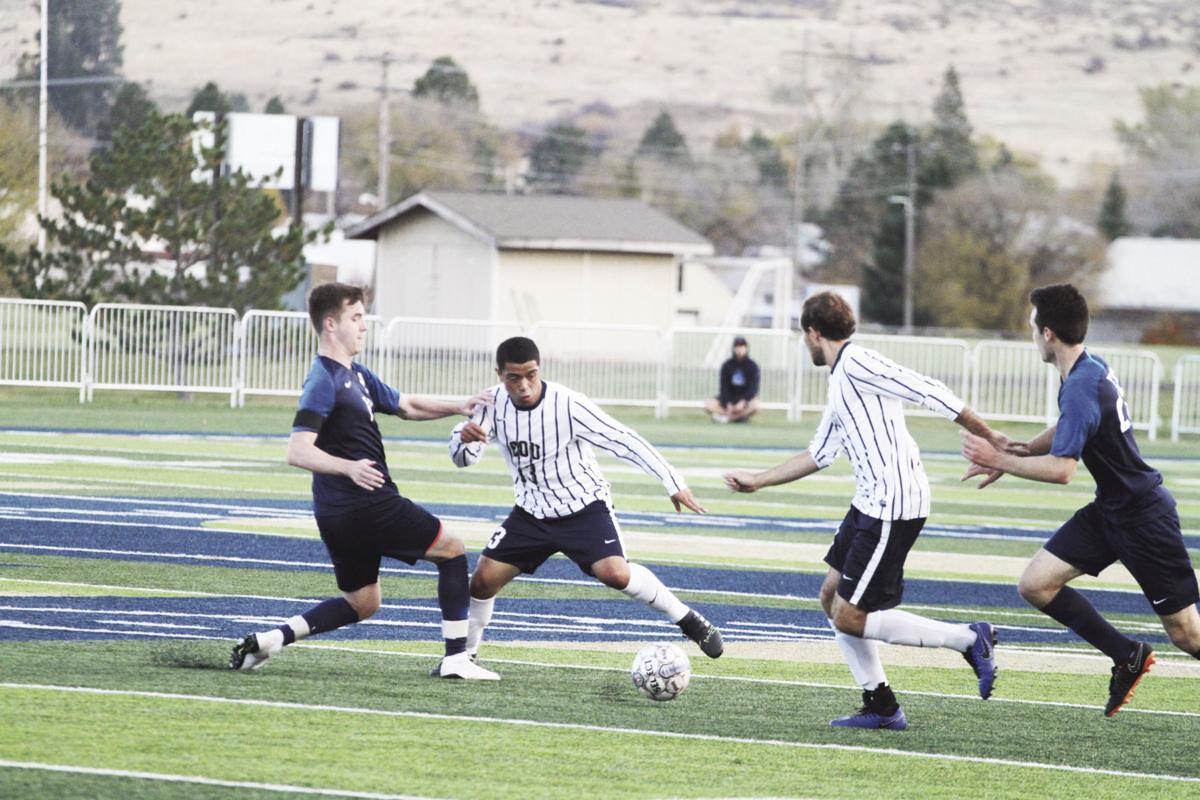 Eastern Oregon’s Javier Moran, second from left, leads the Mountaineers with seven goals on the season as they begin their national run. 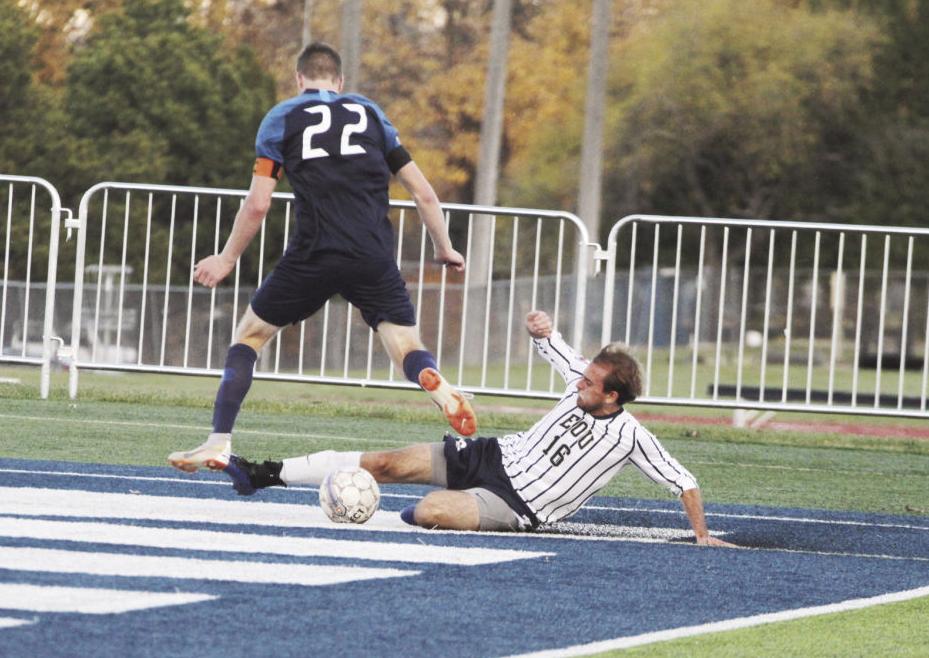 Felipe Madero, bottom, and the Mountaineers went 5-1-2 in their final eight matches to punch their ticket to the NAIA national tournament.

Eastern Oregon’s Javier Moran, second from left, leads the Mountaineers with seven goals on the season as they begin their national run.

Felipe Madero, bottom, and the Mountaineers went 5-1-2 in their final eight matches to punch their ticket to the NAIA national tournament.

“It’s going to be exciting,” senior defender Jack Rose said. “We got nothing to lose. (We’re) going to give it our all and see what we can get out of it.”

Eastern’s draw in the first-round bracket includes No. 16 Baker University, of Kansas, which the Mountaineers meet Friday, with the winner then squaring off against 18th-ranked Tennessee Wesleyan Saturday for a spot in the final 16 in Irvine, California.

“The guys are ready for it,” head coach Zach Mills said. “They’re buzzing about being able to play.”

Eastern (9-9-3 overall) claimed its automatic bid to nationals as the runner-up in the Cascade Collegiate Conference tournament. The Mountaineers enter having gone 5-1-2 in their last eight contests, approaching each with a back-against-the-wall mentality.

“(It was) drilled into us that every game from now on was a cup final,” Rose said of the mindset beginning with the Mountaineers’ Oct. 20 win over Walla Walla. “We couldn't afford to lose another game. The pressure was on for us to go ahead and make the most out of every game we had.”

Mills thinks EOU could have an advantage against Baker simply because it has had to play win-or-go-home soccer for close to a month.

“I think that’s why we were so successful at the end of the year and why we made it to the (conference tournament) finals,” Mills said, noting that the urgency might have been missing some in the final. “One of the reasons we didn't get the tournament trophy at the end was we knew we were in nationals. Yes, we wanted to win and played hard, (but) we play very well under pressure. It’s almost like (our players) have a chip on their shoulder, that they have something to prove.”

The Mountaineers had their share of tight contests during the season and during their tournament run. Of EOU’s 21 matches, 12 were decided by one goal or fewer. Eastern went 4-5-3 in those games, including its two CCC tournament ties that ended in shootout victories.

“It’s been an up and down year, but the seniors have been able to round up the younger guys on the team and use our experience to help them get to this stage,” Rose said.

Mills said he believes his squad is similar to the Wildcats.

“Just record-wise, both teams had a crazy season, and to be in the tournament for either team is a great accomplishment,” he said. “From what we've heard, they press high and press hard. They seem to have some talent across the board. Every player brings something dynamic to the field, and that's what we pride ourselves on.”

EOU has a scant 47-39 goal differential on the season, the smallest of the three teams in the bracket. Javier Moran is the leading scorer for EOU, entering nationals with seven goals. Patrick Larsen and Alexander Zuluaga each have five goals. Max Rose has 51 saves in net, the most of any of the three starting goalkeepers.

Baker (11-6-3 overall) earned an at-large bid to nationals as the No. 4 team from the challenging Heart of America Athletic Conference, which sent six teams to the 46-team tournament. The Wildcats won five of their final seven matches to reach nationals for the seventh year in a row, and they have won an opening-round match each of the past two seasons.

Lucas Jacobs and Jordan Alonge are the two main targets for EOU to track on the offensive end, with each scoring 11 goals on the season to lead the Wildcats’ offense. Jordan Lake has added six goals and a team-high eight assists.

Baker has a mixed bag on defense. The Wildcats have given up 28 goals on the season, and five times have allowed three or more, but also have pitched seven shutouts and have allowed just one goal on six other occasions. Baker is 9-2-2 when allowing one goal or fewer. Baker, like EOU, has had it share of close matches, with a 4-3-3 record in games decided by one goal or fewer.

If the Mountaineers top Baker, they’ll meet Appalachian Athletic Conference regular-season champion Tennessee Wesleyan, the top seed in the Baldwin City bracket. Wesleyan had a 15-1-2 stretch end with a loss to Union College in the AAC semifinals.

The Bulldogs are the lowest-scoring team of the trio, with just 45 goals on the season, but they are also the best defensively, giving up 23 goals on the season and holding 13 opponents to one goal or fewer. Josh Conradie leads a balanced offense with eight goals. Kyle Wynne has scored seven goals, and Montel McKenzie has six goals and a team-high seven assists.

The Mountaineers will have some insider information on Tennessee Wesleyan should they advance to face the Bulldogs, as Max Rose is a transfer from TWU and spent a season in the program.

“Even if it's just basic, it's nice to know he’ll have a behind-the-scenes view,” Mills said. “He’s going to be able to provide some good insight. Every tiny advantage you can have can win a game and help you move on.”