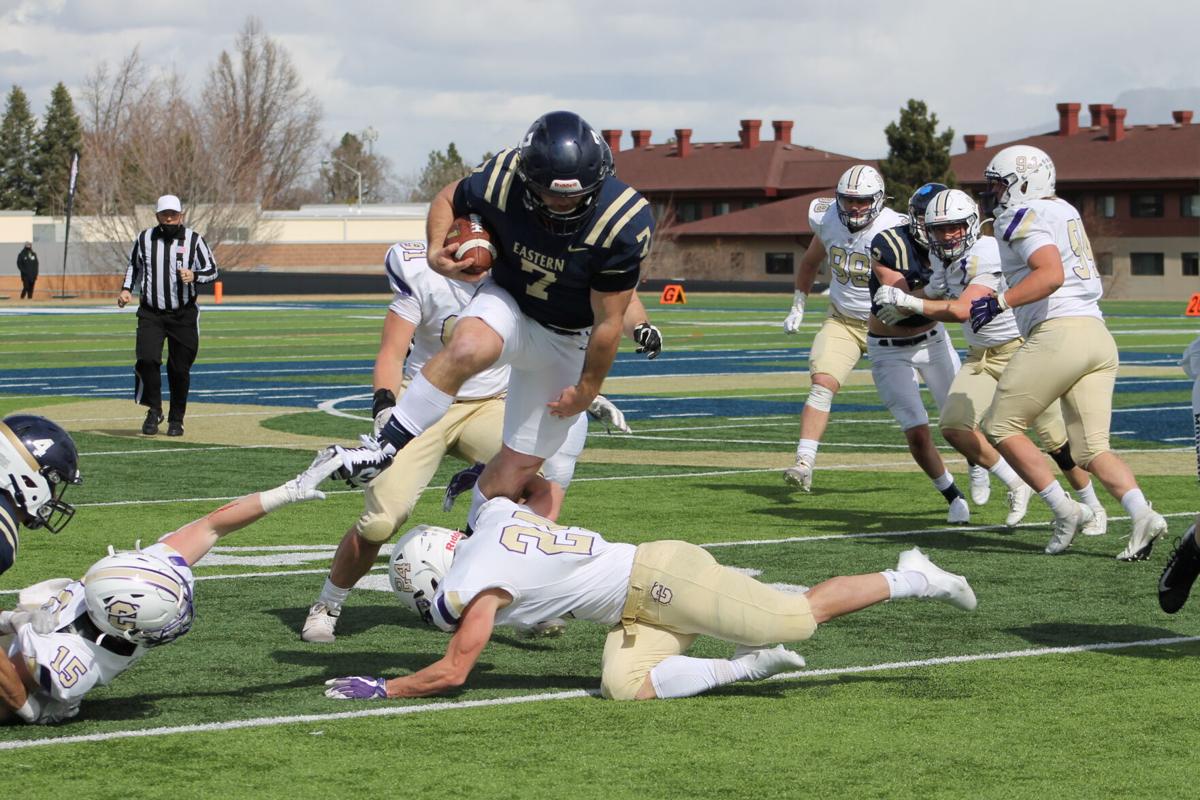 Eastern Oregon University quarterback Kai Quinn scrambles during a play Saturday, March 20, 2021, while playing at home in La Grande against the Carroll College Saints. Quinn was 16-28 on the day for 216 yards and one touchdown and ran the ball six times for 15 yards. The Mountaineers won 28-0. 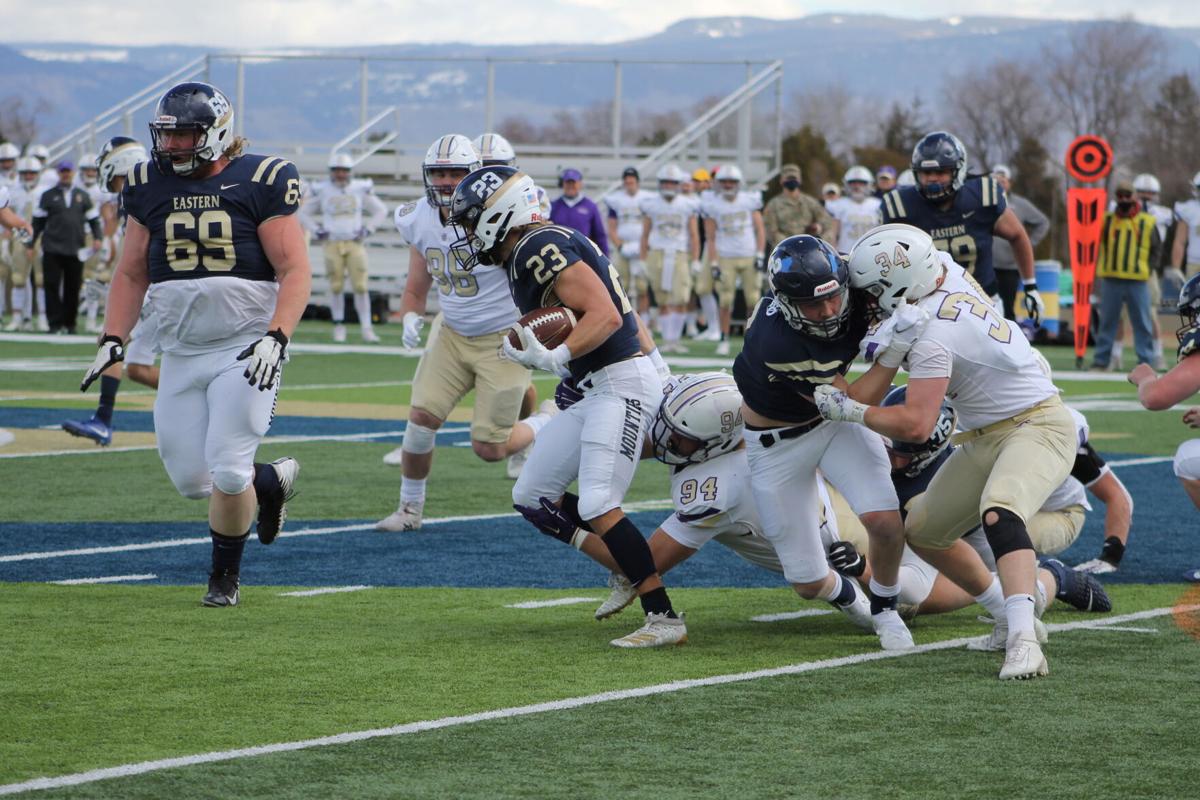 Eastern Oregon University quarterback Kai Quinn scrambles during a play Saturday, March 20, 2021, while playing at home in La Grande against the Carroll College Saints. Quinn was 16-28 on the day for 216 yards and one touchdown and ran the ball six times for 15 yards. The Mountaineers won 28-0.

LA GRANDE — Eastern Oregon University football got its 2021 spring season off to a roaring start at home Saturday afternoon, March 20, shutting out the Carroll College Saints.

The Mountaineers scored three touchdowns in the second quarter and one in the third to secure the four-touchdown win at home.

About a hundred fans watched the game from outside the fence at Community Stadium.

Frontier Conference, which includes EOU for football, continues to prohibit spectators at events.

After a scoreless first quarter, EOU quarterback Kai Quinn capped off an 11 play, 88-yard drive with a 17-yard pass to Cade Reed to put the first points of the day on the board and go up 7-0.

The next score came after a muffed snap on the punt attempt allowed Eastern defensive back Wesley Avila to pick up the loose ball in the end zone. EOU managed one more score before halftime after Quinn hit receiver Isaiah Thomas for a 34 completion on a third-and-10 pass that put the ball down to the one-yard line.

The next play, running back John Lesser walked into the end zone for a touchdown, helping EOU go up 21-0.

In the third quarter, EOU defensive lineman Chase Van Wyck blocked a Saints punt, and running back Jordan Eggers scooped up the ball for an easy score.

The Saints came close to scoring late in the fourth after recovering a Mountaineer fumble on the 32-yard line. But Eastern picked off Carroll College quarterback Brennan Pope and ran out the last 6:10 on the clock.

Thomas pulled in five catches for 83 yards to lead the receiving corps.

The Mountaineers now hit the road for the second week of the spring season, heading to Billings, Montana, to take on Rocky Mountain College. Kickoff against the Battlin’ Bears is set for noon.