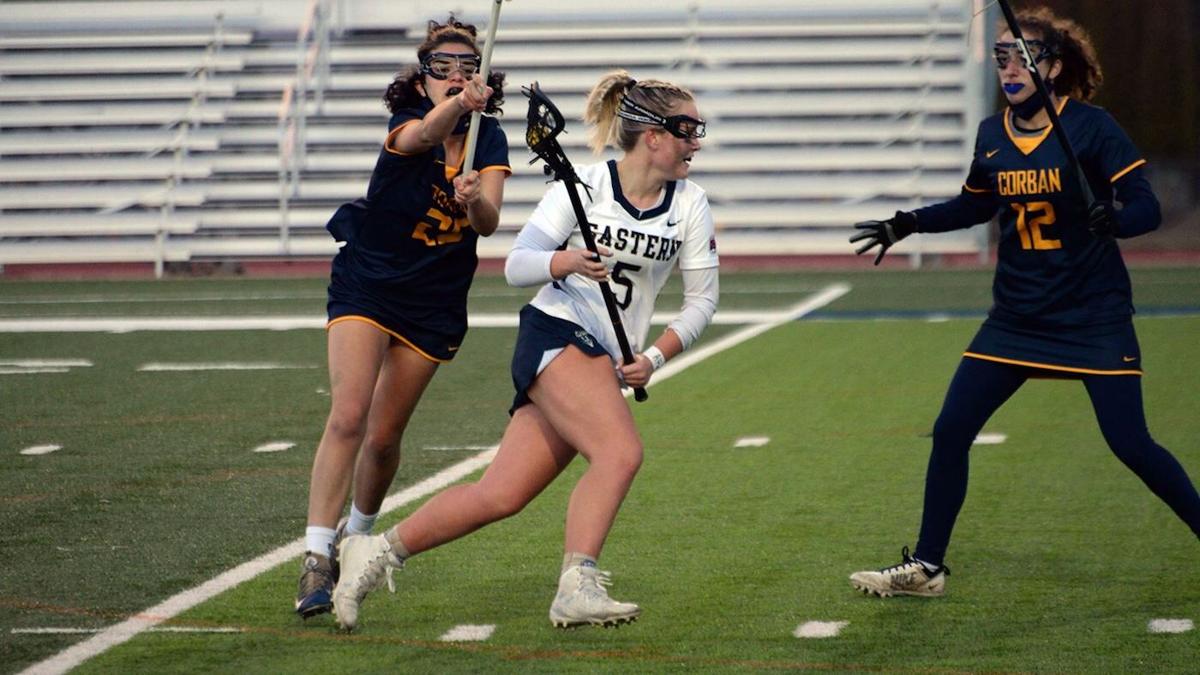 Samantha Buckley (5) of Eastern Oregon University maneuvers between a pair of Corban University players during a lacrosse match Saturday, March 20, 2021. The Mountaineers completed the program’s inaugural season with a 1-4 record. The program’s lone win came against Whitworth, posting a 22-16 victory March 5. 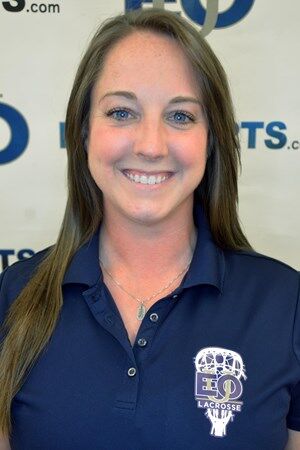 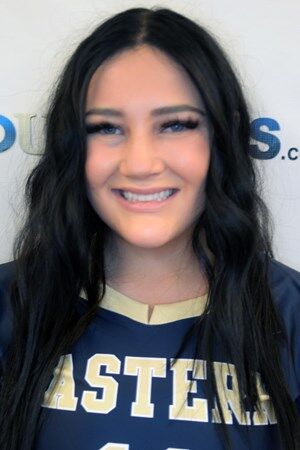 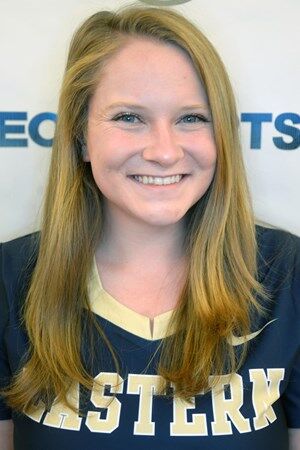 LA GRANDE — When Eastern Oregon University hired Monica Plut in early 2020 to build the school’s women’s lacrosse program, Plut was excited about playing a part in teaching the game she loves.

Then the COVID-19 pandemic derailed those plans.

“I started recruiting ASAP, of course, then COVID hit,” she said. “It was a pretty crazy year to be honest.”

Since the program’s initial season of 2020 was no longer happening, Plut hit the recruiting trail again, gearing up for a 2021 season. With the future marred with uncertainty due to the pandemic, recruiting prospective student athletes became more difficult. Add in that the sport doesn’t have much of a foothold in Northeastern Oregon.

“A lot of these different layers added into once COVID was a thing, and the hard part about recruiting lacrosse is that it’s not big here,” Plut said. “You’ve got pockets of it. Boise, Portland, Seattle, but there’s no lacrosse within two hours of here.”

As time progressed, the next season was deemed salvageable just a few months into 2021. Not being recognized as a sport by the Cascade Collegiate Conference quite yet, lacrosse programs like EOU’s had to face any opponents that were near enough to be able to compete in a condensed format.

“There’s only us and Corban (in 2021) that have a team in the whole conference. Multnomah is adding next year. We played Corban three times and there aren’t any community colleges out here either. So we got in touch with a couple of club teams we played with, and we were going to play Boise State’s club team but they weren’t able to start practicing until late March,” Plut said. “So we played all of the Division III teams — Linfield, Pacific, Willamette, Whitworth — and Northwest Nazarene. Basically anyone we can get a game with we reached out to.”

EOU was forced into having to compete in all of its games quickly, since out-of-conference opponents would not be able to play once conference seasons started.

“We were done by mid-April,” Plut said.

All in all, the Mountaineers completed the program’s first season with a 1-4 record. Eastern’s first win came against Whitworth, posting a 22-16 victory March 5.

“We were winning the game the whole time, even though at the end of it all, we had three players plus a goalie,” Plut said. “They had the same on their side, but they also had all these subs and were switching people out. Our girls made it work and came out with a win. It was awesome.”

Now, already five weeks into the offseason, Plut, who spent one season as the head coach at NCAA Division II Adams State in Alamosa, Colorado, prior to joining EOU, has most of the roster set to return for the 2022 season. The only graduating senior from the team is Hailey Crudo.

Plut is excited to see the young roster continue to grow within the game, like sophomore Kiana Watchman.

“Kiana was a key defender for us,” she said. “In the beginning, she didn’t love defense. But she really wants to grow in that leadership position on defense next year.”

Junior attacker Lauren Kombol has impressed Plut with the dedication she has brought to the program.

“She was always the hardest worker in the room, super dedicated and runs outside of practice,” she said. “She is what we want EOU lacrosse to be.”

Since most of EOU’s roster remains intact, Plut signed eight incoming freshmen to join her program for the spring 2022 season.

“I am really excited about that,” Plut said. “I want a couple more, just to round out some of our defense and middle positions. There are a lot of rock stars to look forward to.”

Now that the program’s first season has concluded, Plut is excited to play her part in helping make the women’s lacrosse program a strong entity and a bigger sport within the region.

“It is our goal as a team to get lacrosse growing in this area,” she said. “I plan to do some free clinics and camps over the summer to get the community excited.”