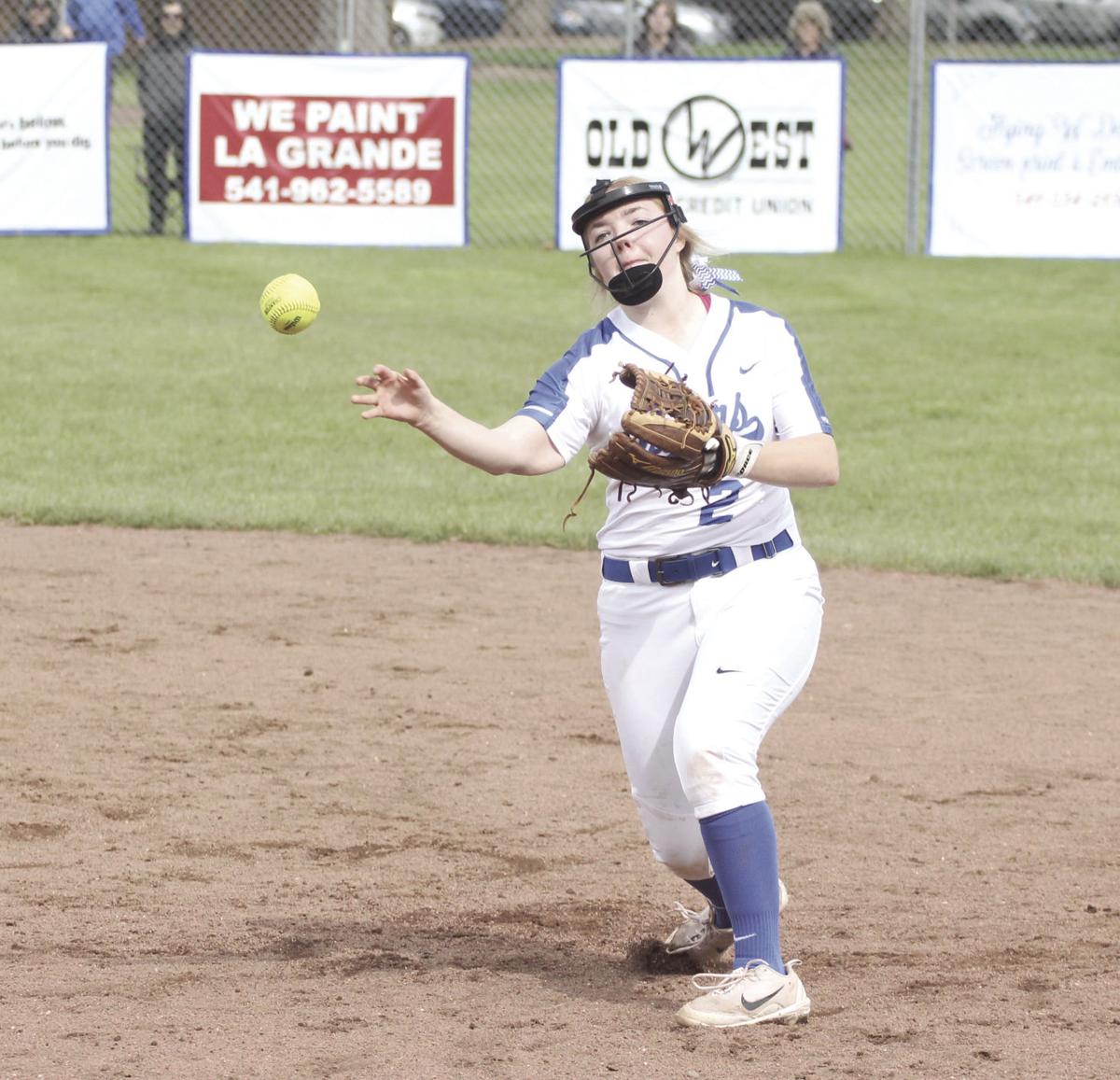 La Grande’s Jacie Howton is among the 11 members of the 2020 signing class for the Eastern Oregon University softball team. 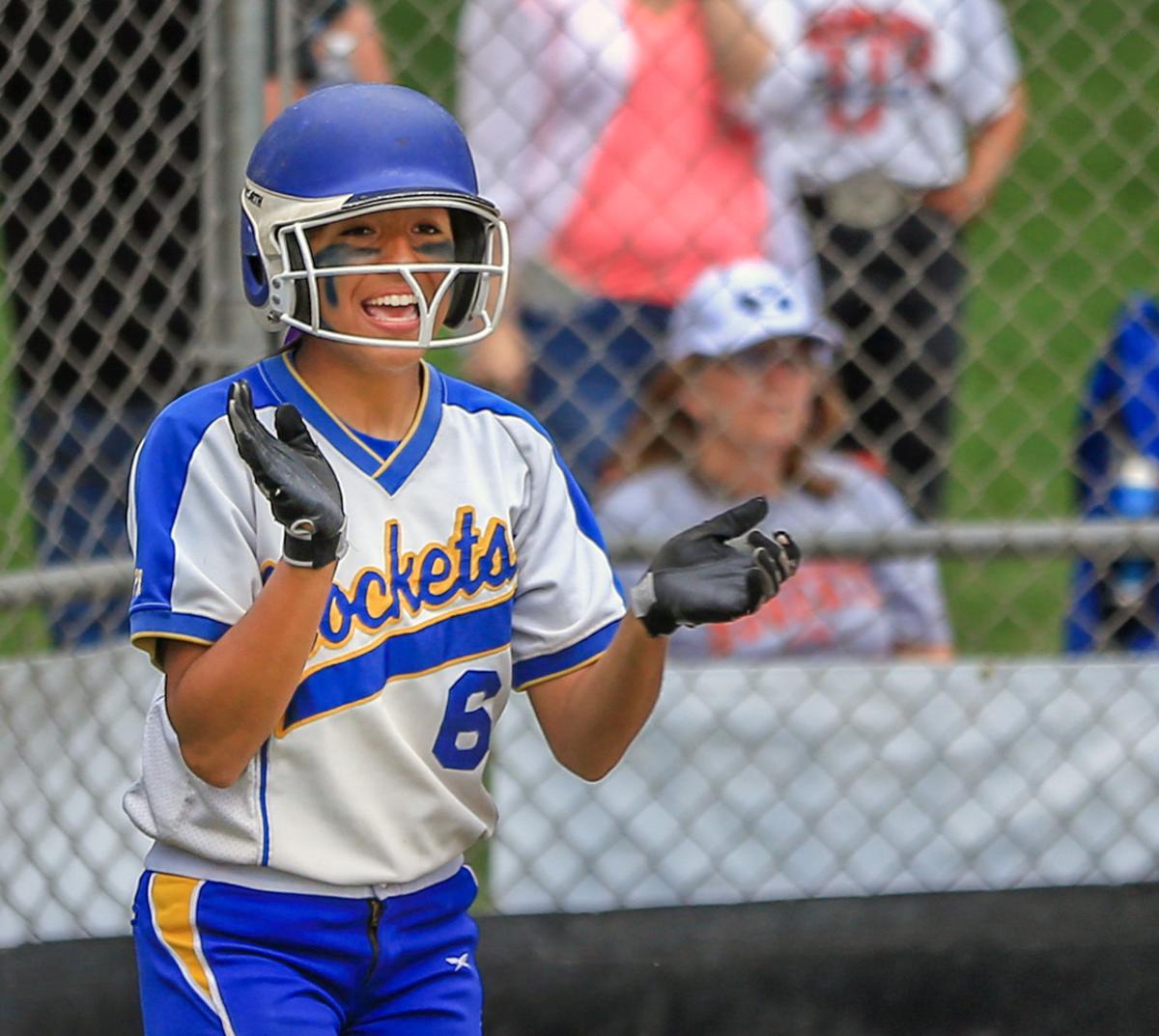 Rhyanne Oates, a former Pilot Rock standout who then started her college career at Walla Walla Community College, is among the 11 members of the Eastern Oregon University 2020 softball signing class, and one of four coming in as a transfer.

La Grande’s Jacie Howton is among the 11 members of the 2020 signing class for the Eastern Oregon University softball team.

Rhyanne Oates, a former Pilot Rock standout who then started her college career at Walla Walla Community College, is among the 11 members of the Eastern Oregon University 2020 softball signing class, and one of four coming in as a transfer.

The Mountaineers’ second-year coach has added 11 players for the upcoming season, and they range from athletes who played for and against Christian when she coached at McLoughlin to a Division I transfer to a player whose mother played with Christian at EOU two decades ago.

“We have a ton of talent,” Christian said. “We recruited a great class. The group we have now, they are eager. We’ve got four transfers and seven freshmen — a good mix with the returners.”

The class includes homegrown talent with former La Grande High School second baseman Jacie Howton, who was part of the Tigers’ state championship teams in 2018 and 2019.

“When we played them, she was one of those kids we had to watch out for,” Christian said of Howton in a previous interview with The Observer. “She has a great glove, a great bat — just dedicated to the program.”

Also in the class is a player Christian knows well: McKenna Stallings, who played two years at Mac-Hi when the now-EOU coach had the Pioneers as a perennial state power.

“She was a great asset for us (at Mac-Hi). Her parents are amazing,” Christian said of Stallings, who transferred to Weston-McEwen after her sophomore season. “We’re trying to get great kids here in the classroom. She is one of those kids.”

A former Pilot Rock standout, Rhyanne Oates, is also on board at EOU as a transfer after starting her collegiate career at Walla Walla Community College.

Eastern’s other three transfers are Meghan Krantz from Miles Community College, Wenatchee Valley’s Rachel Barsness, and Olivia Zufelt, a former Idaho high school standout who joins EOU from Grand Canyon University. Zufelt — whose parents, Terry and Kelli, both played sports at Eastern — had two home runs and 10 RBIs in 23 games, including 16 starts, during her only season at GCU, according to the team’s website.

“I love that we have those kinds of stories on our team,” Christian said of having athletes now playing for her who had parents who also played at EOU. “We have generations of Mounties coming back.”

That includes Madison Stateler, a recent graduate of Clackamas High School whose mother, Jamie Bailey, played with Christian at Eastern.

“She already loved Eastern (and) had been on a visit,” Christian said. “Being able to catch up with her mom and watch her play — she thought it was fun to come over and play in her mom’s footsteps.”

The signing class will add ample competition for a team that returns all but two starters. A handful of seniors elected to stay when they were granted an extra year of eligibility due to the season’s COVID-19-induced cancellation in the spring.

“I love that,” Christian said. “We need competition, and they thrive on that. At the end of the day (they can say), ‘if I’m starting, I’ve earned it.’”

The coach added that although there are several returning starters on the 2021 squad, those roles aren’t a given. She noted, for example, that three freshmen started for her last season over returning players.

“We gotta make that change,” she said. “We gotta be consistent, and with 30 girls, we gotta have 10 that can get on (base) in the lineup.”