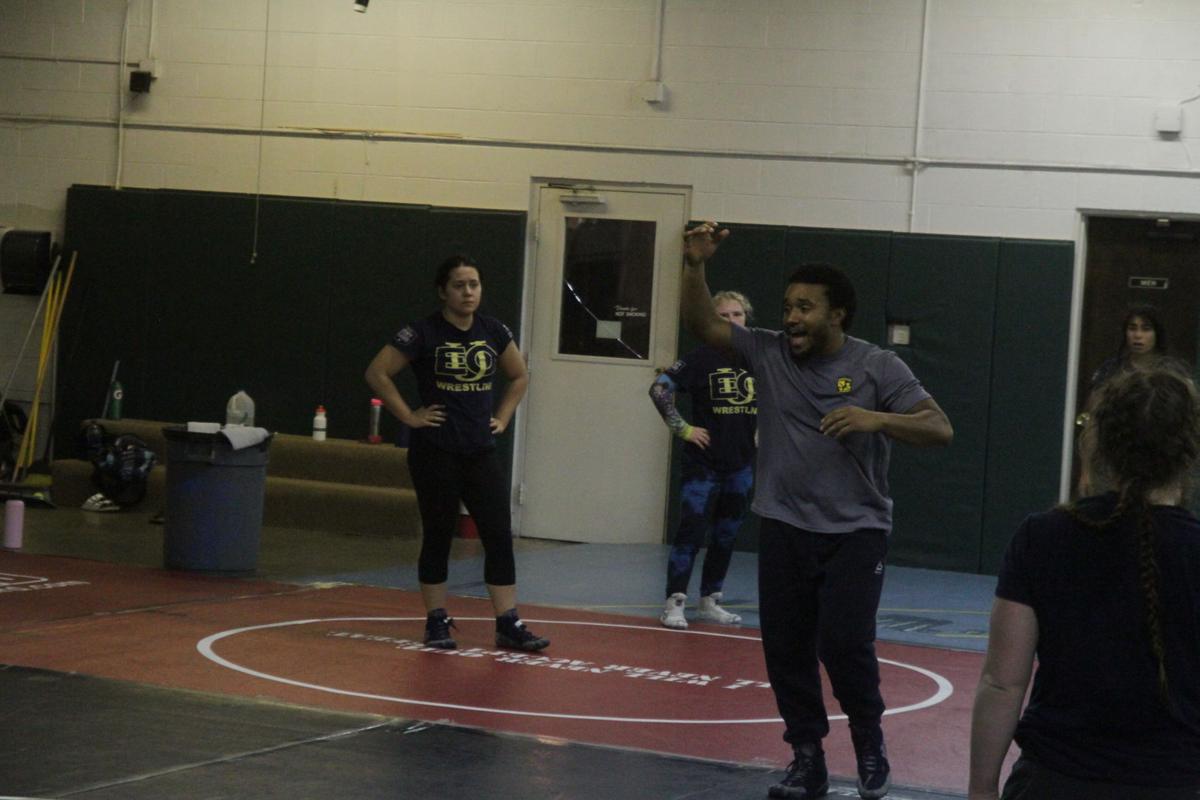 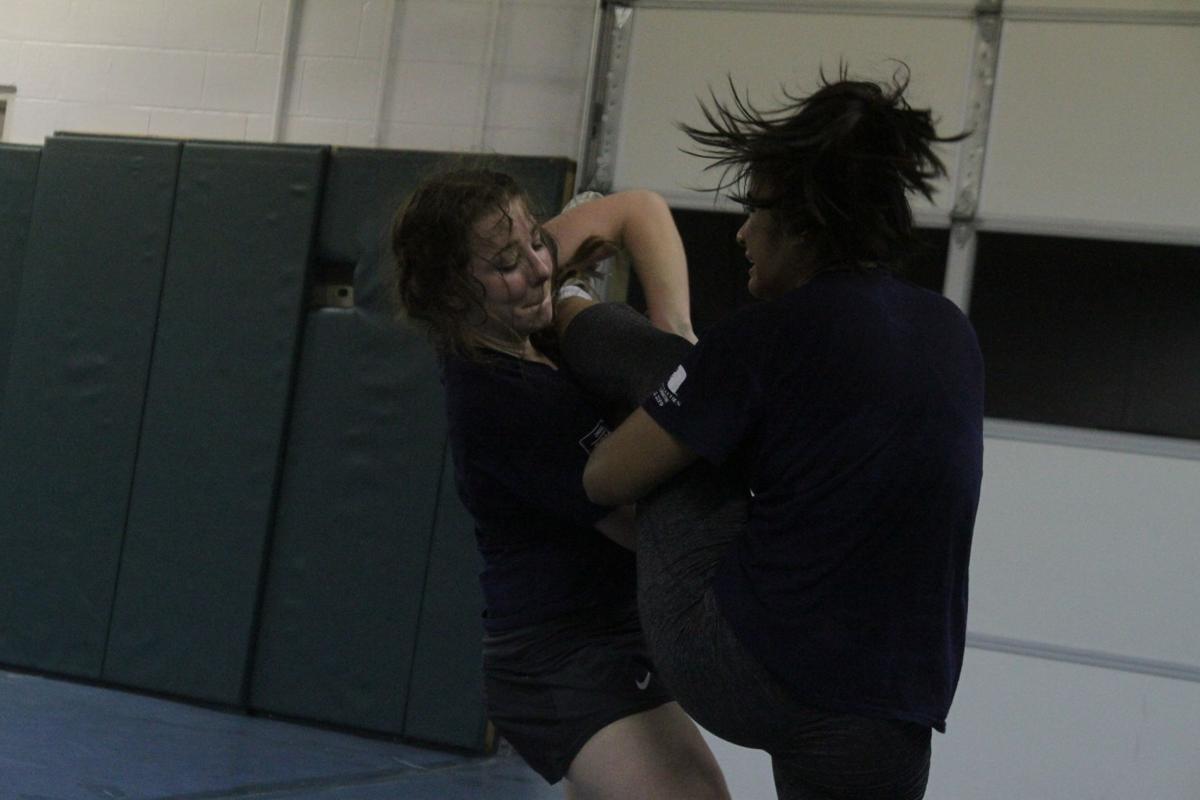 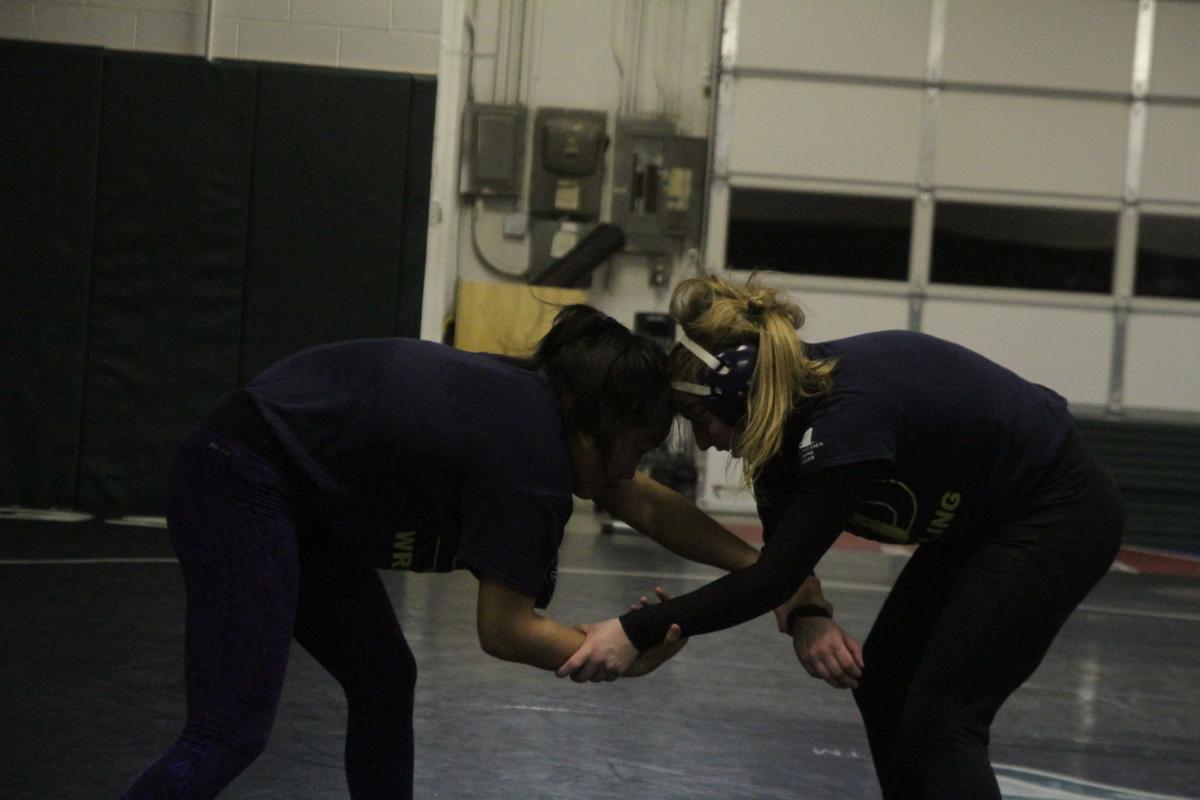 The work ethic of the athletes on the Eastern Oregon women’s wrestling team is a big part of what drew new head coach Mike Ayala to the program.

And as the fourth season of EOU women’s wrestling is underway, he still points to hard work as one of the strengths of the program.

“There’s a lot of potential,” Ayala said. “It’s a hardworking group of girls. With the tough girls they had last year and the girls I have now, (the key is) coaching them up and making sure I’m putting them in a position as a coach to win. It’s a bright group. The sky’s the limit.”

Ayala joined the Mountaineers in the spring after spending four seasons at the University of Providence in Montana with both the men’s and women’s programs. He takes over a women’s team that is the largest Eastern has had with 17 wrestlers — including 10 returners — looking to build off of last season, which saw the team place 19th at the WCWA national championship tournament and finish 10th in the NAIA coaches poll.

He sees a lot of potential in the Mountaineers, too.

Ayala said last weekend’s season opening tournament at Simon Fraser University showed him some of the areas where growth is needed — not only by the athletes, but by him as a coach.

“I realized I have to put the girls in a better position to compete at that high level, but we also have to be willing to go out there and fight and be tough,” he said. “We didn’t win the toe-to-toe battles, and I think that’s a battle we should have won even though we were outskilled. Our toughness is what I saw we need to do better at.”

Former all-American Jessica DeHart, who is back after missing the 2018-19 season due to a medical redshirt, said she also saw areas the team can develop after the trip to Simon Fraser.

“From the last tournament we went to, I think we definitely need to work at working harder on our practice partners and going all out so they know exactly what it’s going to be like in a match,” she said.

The senior, though, is optimistic that the team can get to where it needs to be, and said there is a great chemistry among the athletes.

“I feel like we connect a lot more this year with the team,” she said. “We have more talent coming in this year than we’ve had with the girls. It’s great to have more workout partners in the room and a bigger team.”

DeHart is one of three former all-Americans on the EOU roster. Macy Higa enters her sophomore season after earning the highest placing ever for the Mountaineers, taking third at the WCWA tournament a year ago.

Higa said Ayala has brought to the program an ability to push the team to improve both physically and mentally.

“I feel like there’s a lot that I can learn from him in wrestling,” she said. “A big part is mentally I have to grow, learn how to be more aggressive, have a higher intensity, (and) push as hard in practice as I need to push in a tournament so that it translates over.”

Higa is also optimistic about the newcomers to the team, which includes a transfer from Grays Harbor College, Kateri Rowell, who is coming off an all-American season where she placed fourth.

“The recruiting class is really good. They work really hard,” Higa said. “It’s nice to have a lot of people in the room, the new girls plus the girls from last year who want to be better.”

Ayala said that with the increased number of wrestlers, Eastern should be more competitive in duals, which has been a struggle with the team often having limited numbers available in the past.

The coach added that while the potential is in place for EOU, it’ll need to raise its level of play if it wants to have any athletes reach all-American status or place high as a team.

“I need the freshmen to rise to the occasion and wrestle better than what they think they can wrestle or what the outside is projecting them to wrestle,” he said. “I need some of our seniors who haven’t been on the podium yet like Amber and Cassidy to work harder and to push a little bit more.”

Eastern has three home duals on the slate against Southern Oregon (Nov. 22), Big Bend Community College (Jan. 11) and Providence (Feb. 1). The WCWA Championships are Feb. 7-8 in Atlanta, Georgia, and the NAIA Championships are March 13-14 in Jamestown, North Dakota.