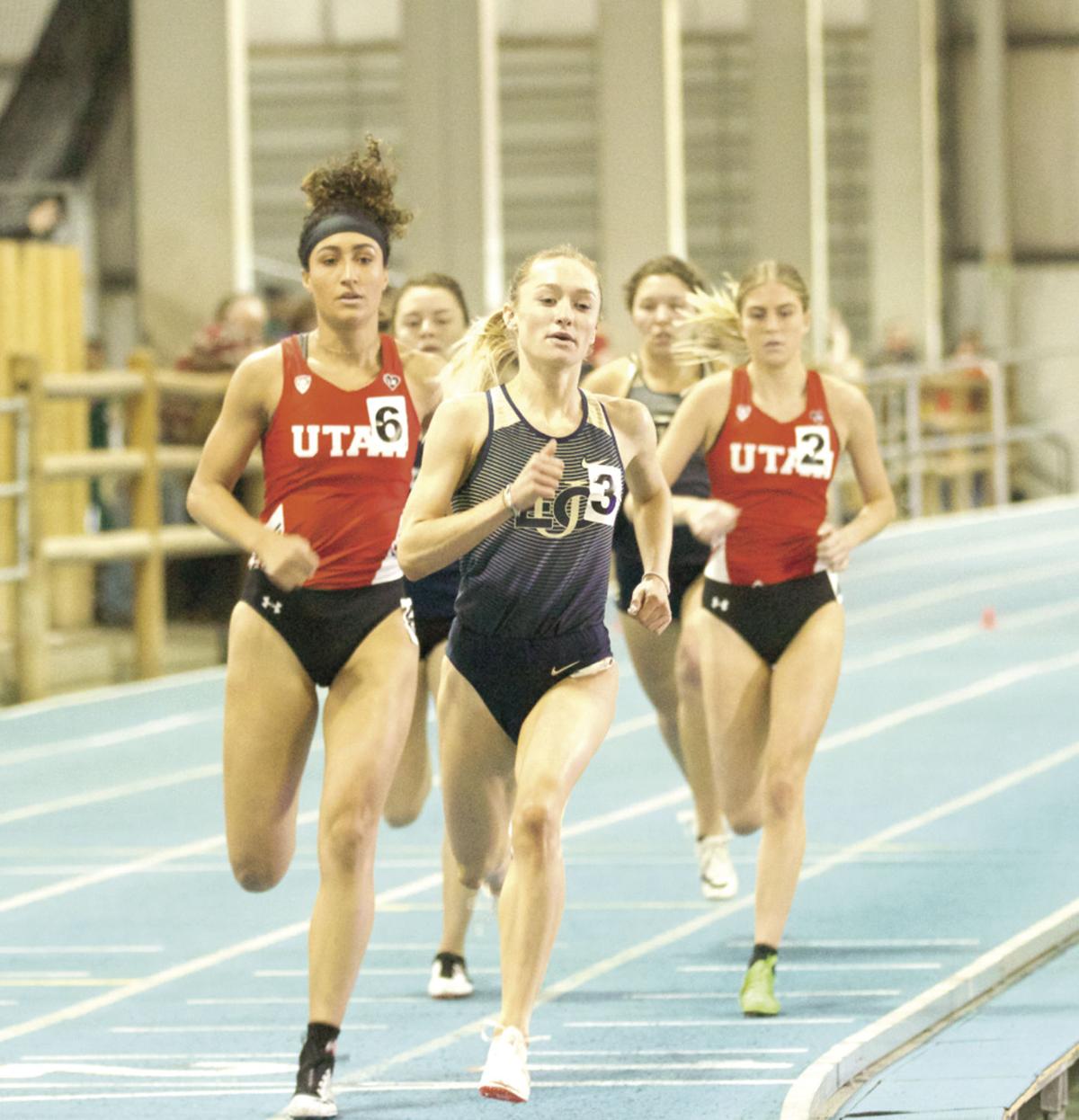 Megan Bolton, shown earlier this season, was second at nationals in the 600. 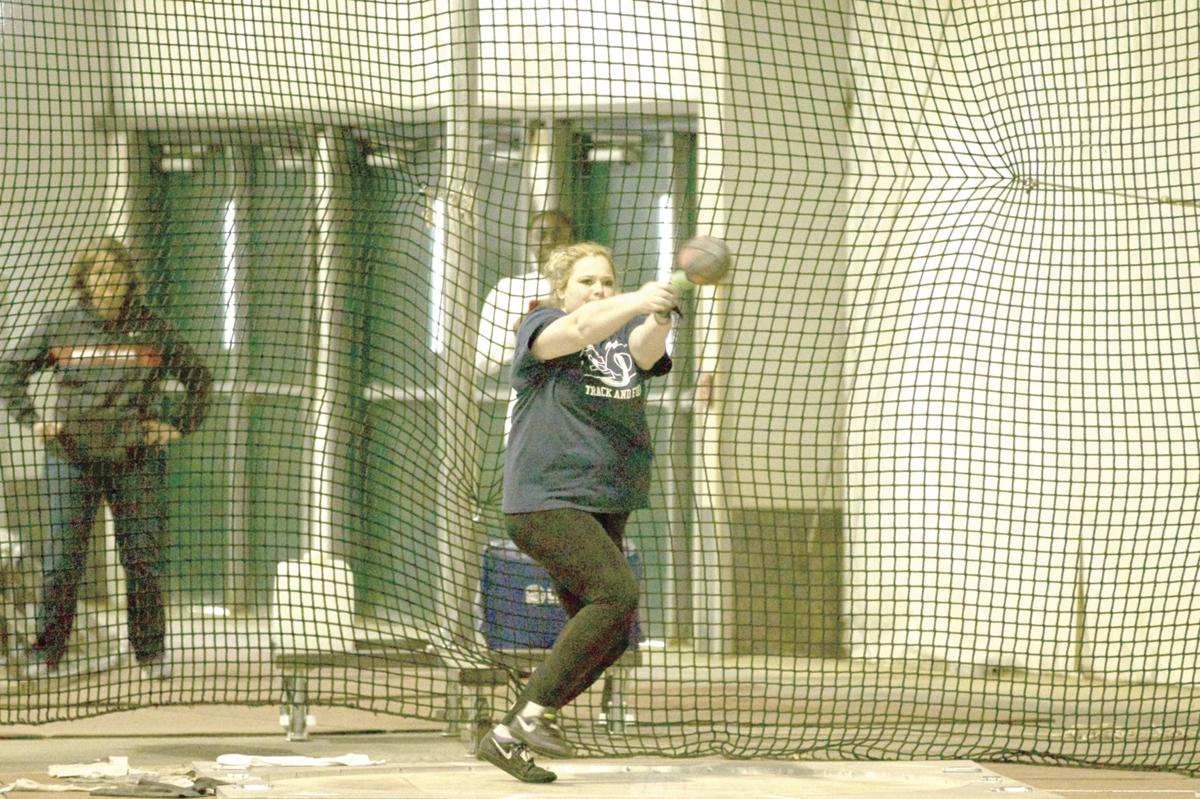 Maggie Ledbetter, shown earlier this season in the weight throw, was third at nationals in the shot put. 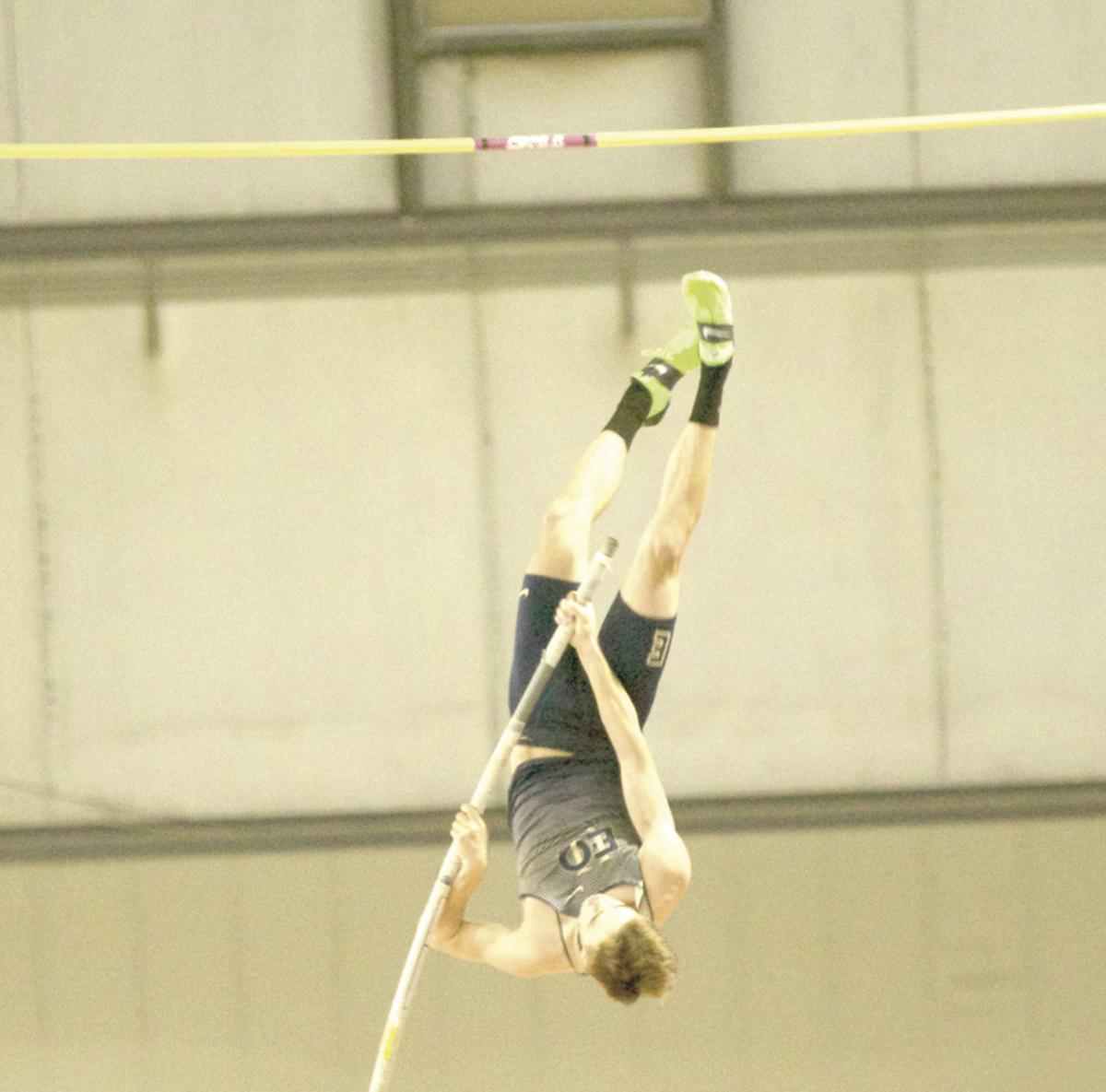 Corey Sledge, shown earlier this season, was third at nationals in the pole vault.

Megan Bolton, shown earlier this season, was second at nationals in the 600.

Maggie Ledbetter, shown earlier this season in the weight throw, was third at nationals in the shot put.

Corey Sledge, shown earlier this season, was third at nationals in the pole vault.

BROOKINGS, S.D. — The Eastern Oregon University women’s track and field team finished arguably the best indoor season in program history, netting several more all-Americans — including a second-place finish from Megan Bolton and a third-place finish from Maggie Ledbetter in record-setting performances — during the final day of the NAIA national championships in Brookings, South Dakota, to score 29 points and take seventh as a team.

“We were looking for top 10 — anything in the top 10 was going to be exciting, but to finish that high is a little extra exciting,” EOU head coach Ben Welch said, adding that of the 11 athletes to compete for the women’s team, 10 came away with all-American recognition either as an individual or as part of a relay team.

Bolton wrapped up a record-setting indoor season by breaking the program record twice in the 600, doing so in the preliminary round Friday and again Saturday with a time of 1:31.90 to place second behind only Jezelle Shaw of William Carey, who won the race in 1:31.43.

“I executed the race plan that my coaches and I had talked about, and I gave it my best effort,” Bolton, who was first in the preliminaries, said. “Even though I didn’t get first, I am happy and proud that I got second knowing that I did everything I could.”

Ledbetter turned in a throw of 45-feet-8-1/2 on her final throw in the preliminaries of the shot put just to reach the final, then uncorked a heave of 47-feet-4 on her second attempt in the finals, which briefly put her in second before she took third.

“In the finals I finally got a hold of one,” Ledbetter said, noting she also had a “big one” during warmups. “I was just so overwhelmed with relief that finally a practice throw had come out in competition and to know that all the hard work was paying off. Not to mention it broke the record that I’ve had my eye on since the beginning of this indoor season."

Kate Grint of Doane was the national champion with a mark of 48-feet-7.

“That was monstrous,” Welch said of Ledbetter’s effort. “She had a good mark going in, and to throw three foot farther then she has ever thrown (prior to Saturday) is astonishing.”

Welch pointed to the team mentality going to the national meet as to why it was able to place in the top 10.

“They didn’t care that they weren’t ranked in the top 10 or 12. They went in there to get that done, and they did,” he said. “Very impressive. That was the attitude they went in with.”

The men’s team finished in 17th, getting all-American efforts Saturday from Corey Sledge in the pole vault and Alex Navarro in the 1,000 as five of the seven members of the men’s team came away with hardware.

Sledge cleared a mark of 16-feet-8-3/4, doing so on his second attempt, on his way to the third-place finish, though he was hoping to reach a higher mark.

“I know I can do better and I hold myself to a higher standard than that,” he said, later adding, “I was very happy with how I was vaulting, but in the end there was a mistake made that could/should have been avoided that cost me the win.”

Sledge said he should have moved to a bigger pole later in the event, but he also gave credit to John Hunter James of Columbia International, who won at 17-feet-0-3/4.

Alex Kosel finished 18th in the triple jump at 45-feet-8-1/2, and Noah Chaney failed to hit a mark in the pole vault.

Eastern opens the outdoor season Saturday when it hosts the EOU Team Challenge.