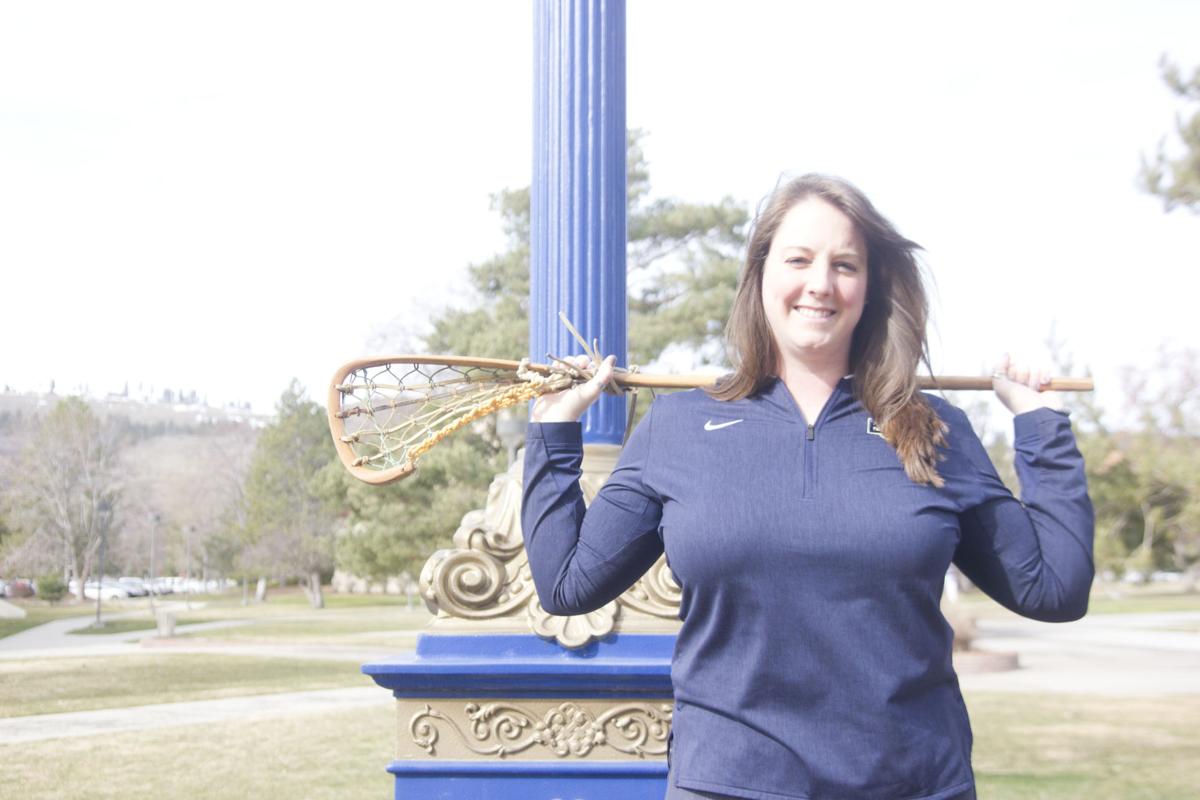 Monica Plut, Eastern Oregon University’s women’s lacrosse coach, took over the new program after a year at Adams State University. Prior to that she spent several years coaching in Kentucky, where she had ample success. Plut also is a U.S. Lacrosse certified trainer. 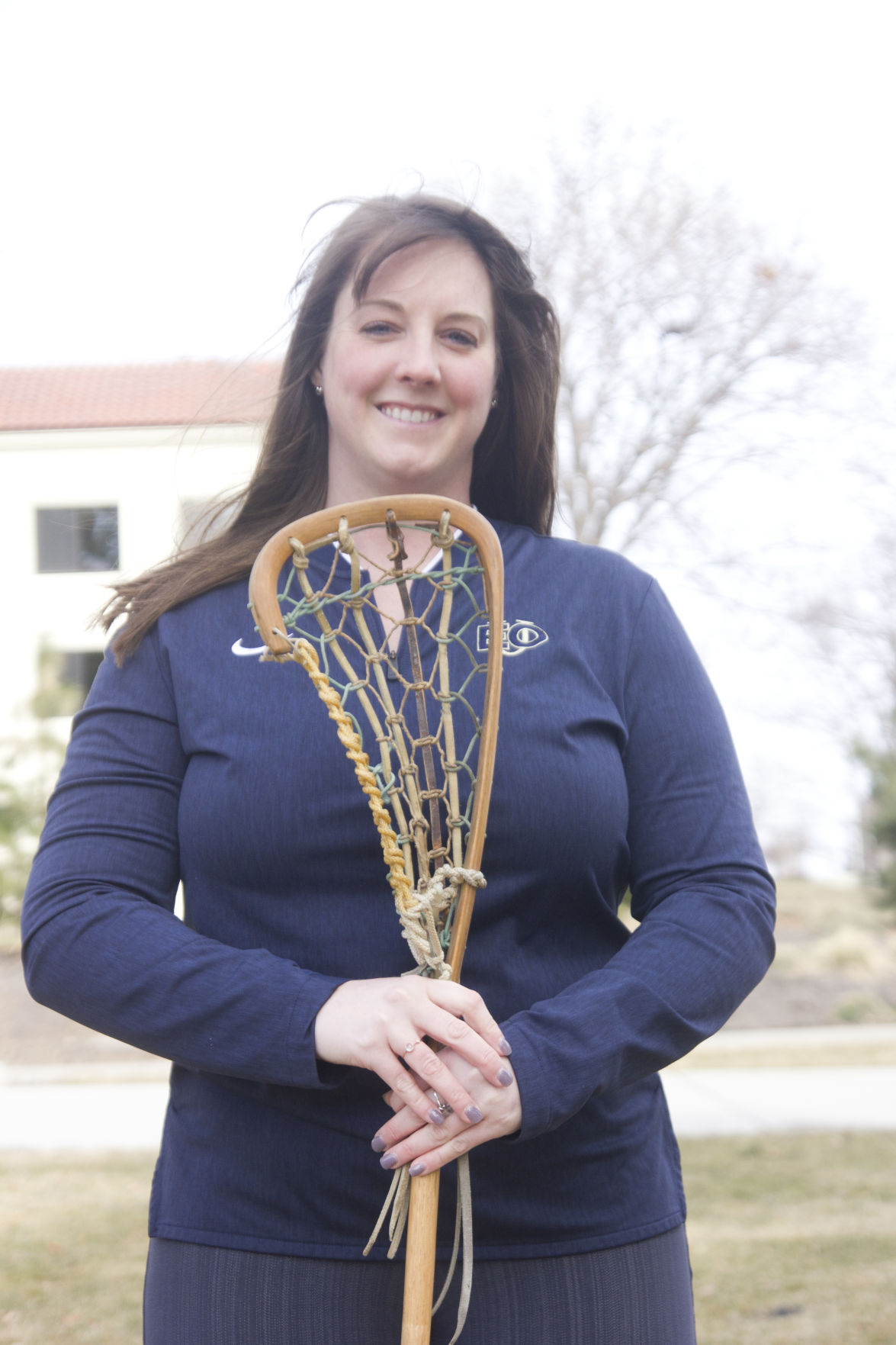 Monica Plut, originally from Canada, is a U.S. Lacrosse certified trainer in addition to being a coach. 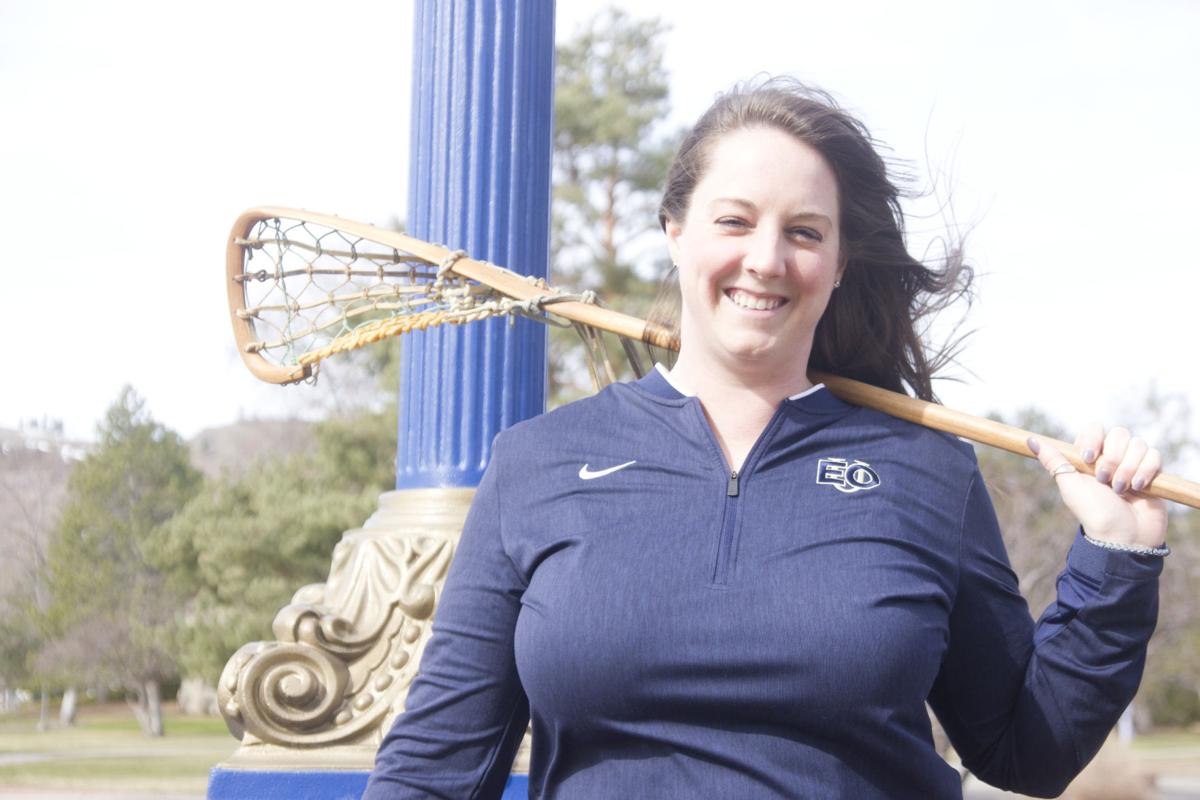 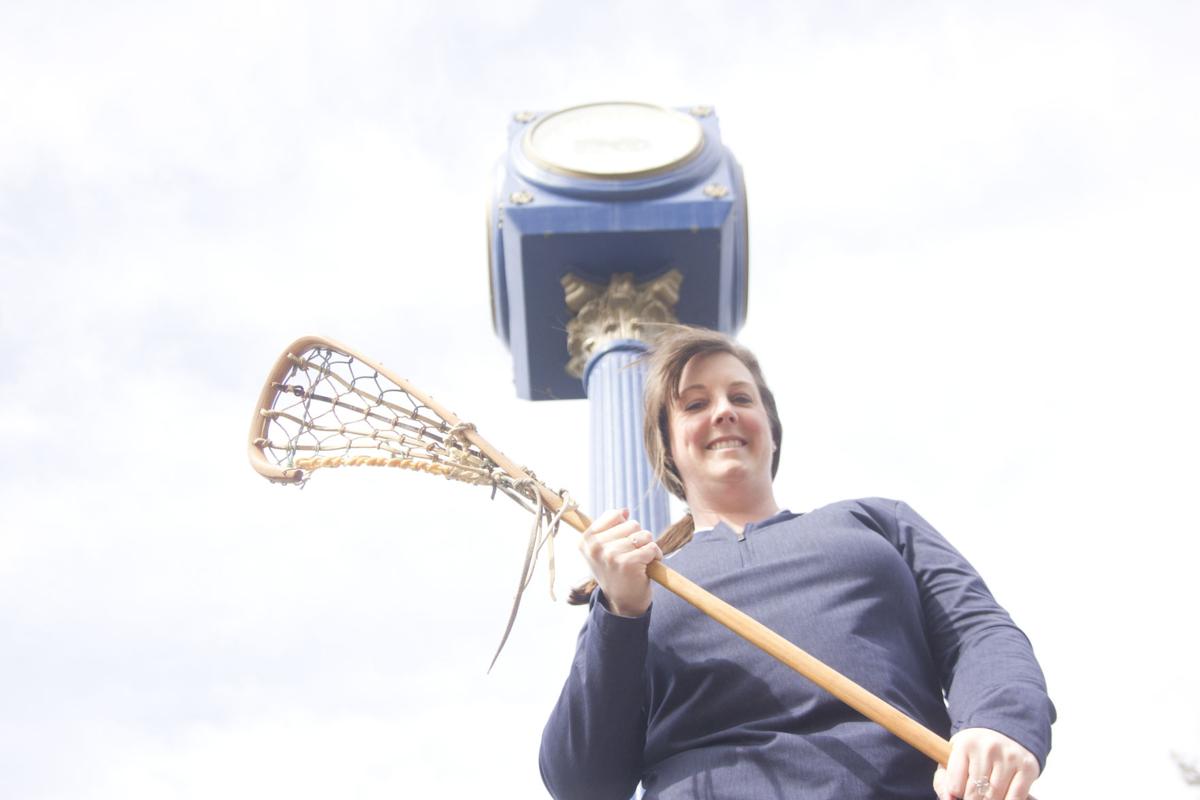 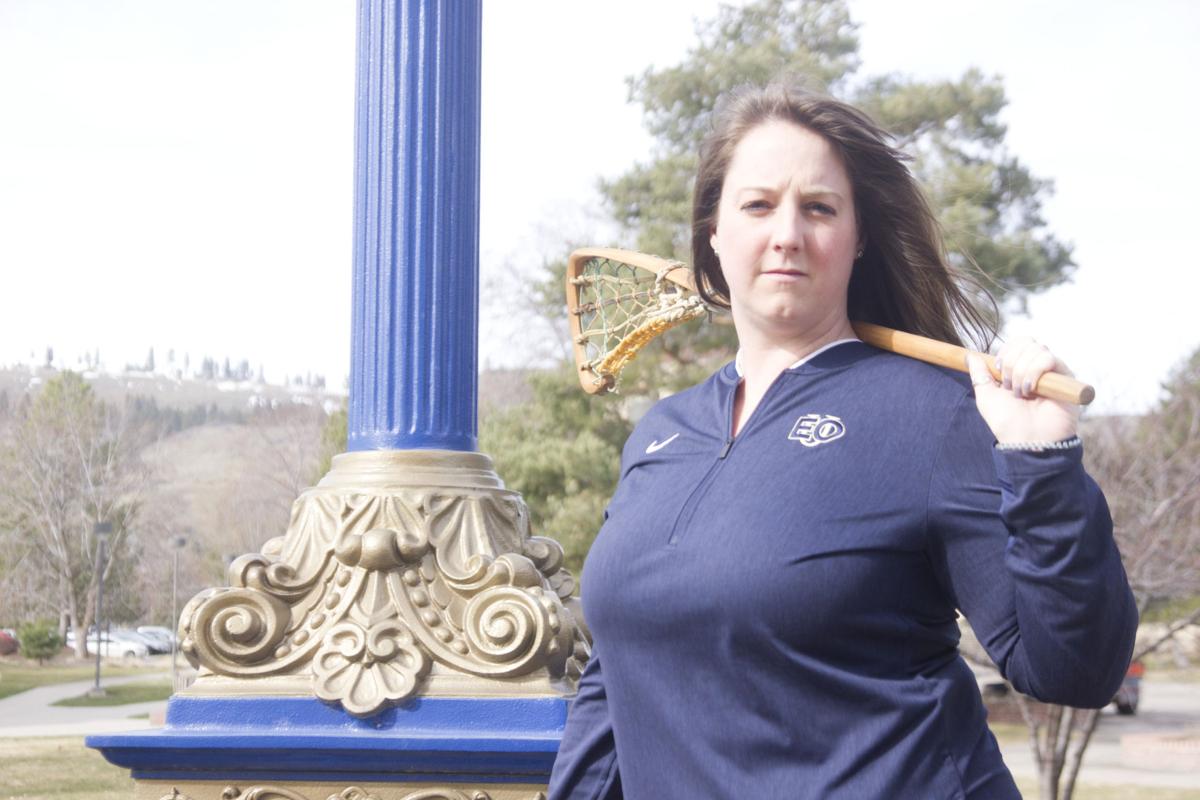 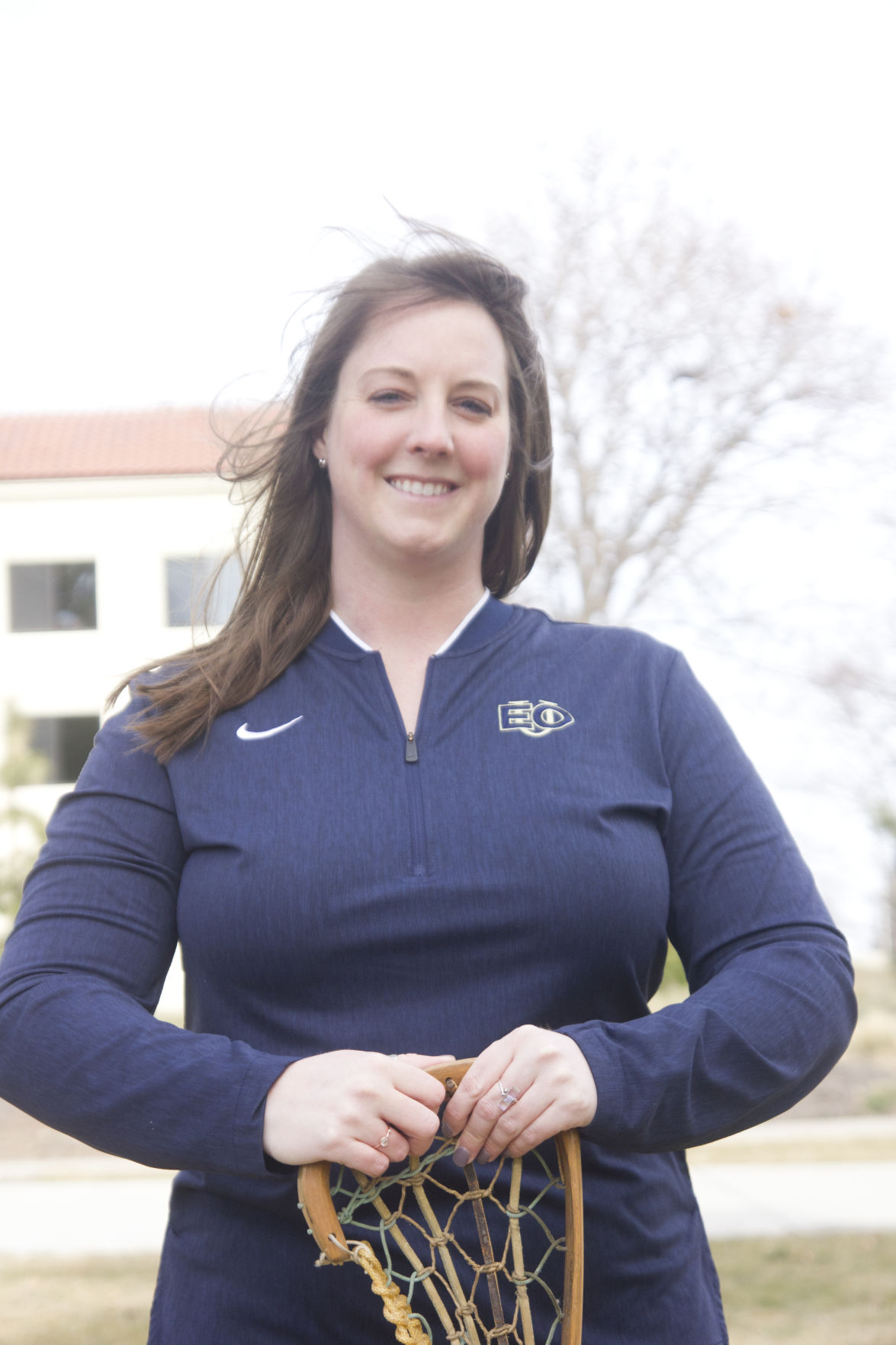 Monica Plut, originally from Canada, is a U.S. Lacrosse certified trainer in addition to being a coach.

LA GRANDE — Monica Plut became enthralled with the sport of lacrosse the first time she saw it played.

During the nearly two decades since then, it has been an integral part of her life and has taken her across the United States and briefly back to Canada — where she is originally from — and now has her crafting the new Eastern Oregon University women’s lacrosse program.

Plut, who was named the head coach of the new program in early January, already has a vision in place of how not only to build the EOU program — which will take the field for the first time in 2021 — but how to build interest in and teach the sport in Northeast Oregon.

A love for the sport

Lacrosse is the national summer sport of Canada, where Plut lived the first nine years of her life, but she wasn’t introduced to the sport until after her family moved from Toronto to Atlanta, which had become a budding hotbed for the sport.

“I never saw lacrosse until I moved to Georgia, which is hilarious. But now it’s booming where I used to live,” she said. “Lacrosse was huge in Atlanta because of all the northern people that relocate down south.”

Her first interaction with the game wasn’t until her older sister — on their dad’s encouragement — tried out the sport as a way to stay in shape for cross country.

“I saw one game and I was like, ‘I’ve got to try this,’” Plut said. “There was a youth clinic coming up, so we signed up for that.”

Plut, who turned out to be a natural at the sport, was hooked. She participated in every other sport imaginable growing up with the exception of cheerleading — even gymnastics — but there was something different about lacrosse.

“I can’t describe it. When I was playing, nothing else mattered,” she said. “Everything just kind of went into the background.”

She went on to play lacrosse at the youth and middle school levels, then played for her high school.

A move to coachingPlut briefly returned to Canada after graduation to attend Brock University in St. Catharines, Ontario, but since the school didn’t have a lacrosse team at the time, she became an assistant coach at a nearby high school. As an added bonus, because she was younger than 18 years old at the time, she got to play for the team as well.

She returned to Georgia to attend Georgia Southern, but again found herself without a team as the school hadn’t had a women’s club team for more than a decade largely because, she was told, “No one’s been able to get this off the ground.”

Plut accepted the challenge. She operated first as a player/coach, but eventually a deal was worked out by the third year for graduate students in the university’s Principles in Coaching class to coach the team on the sports psychology and mental toughness side to earn their required hours, while she taught the skill side.

Her love for coaching and teaching the sport fully engrained, Plut went on to coach in Chicago and later Kentucky at the high school level and at Adams State University in Colorado before coming to La Grande. She also became an ambassador for the sport, especially during her time in the Bluegrass State.

“I wanted to see it grow in Kentucky, so I ended up being secretary, vice president, women’s commissioner of this youth board, and then I was also vice president and girls ambassador of the U.S. Lacrosse chapter of Kentucky, the state board,” she said. “Anything lacrosse, I just threw myself at it.”

She also got into training during her time in Kentucky and soon earned her U.S. Lacrosse training certificate, which enabled her to train others to further pass on the sports she loves. Through the training Plut also gained insight she was seeking on certain aspects of coaching.

And in Kentucky she found success on the sideline, taking Woodford High School from a winless program to the verge of a state playoff berth in two years and leading Sayre School to the state semifinals the next year before heading west.

She spent just a year at Adams State, in Alamosa, Colorado, but in that time poured every effort possible into changing the culture of the program at the school and spreading the sport in the town, doing everything from leading clinics and satellite camps to teaching units at middle schools in the town.

“We had nine players who had never played before,” she said. “So trying to recruit that dream of ‘this is what we can be’ was very tough.”

The team went winless, but with the program taking shape Plut had a slew of high recruits set to arrive in year two.

“I could have stayed, obviously. I had some really stellar recruits coming in,” she said. “The first class we recruited, amazing athletes, amazing lacrosse players, amazing humans. They worked so hard. I miss them very much.”

But the opportunity to put her imprint on every facet of a program — which she would be able to on EOU — rather than try to repair a shaky foundation was too much to pass up when Eastern announced it was adding the sport.

“I’m really great at growing things from the ground up, so I saw EOU as a blank slate,” she said. “I could build it the way I knew would be successful.”

Building the sport at EOUSo what kind of athletes are a good fit for lacrosse?

“Always the hardest worker in the room. You don’t want the kids who have just peaked and don’t think they have to work hard,” she said.

“Those people who really want to continue getting better, who want to lift everyone else up, make sure everyone in the room is working to get better” is who Plut wants to bring onto the team.

Speed, the ability to use both hands and game knowledge also are highly important, the coach said.

“Game IQ is really hard to teach,” she said, including the ability to see the field well. “That’s kind of a natural thing they need to have. But also stick skills. That’s what makes our sport so different. It’s actually kind of difficult to catch a ball. You have to work on it. I’ve taught kids, adults, everyone how to play, and there’s only been a select few who within the first three passes caught (the ball).”

Plut’s goal is to have at least 17 players on the team to fill the roster (12 players take the field at any given time), and she said she will be promoting a family atmosphere among those players.

Culture, in fact, is one of the keys she preaches when she leads coach trainings.

“That’s the biggest thing, making it a family atmosphere, making sure people are supporting each other, pushing each other,” she said. “A little bit of tough love — ‘I’m going to critique you, but know it’s because I love you and I want you to get better.’”

Plut intends to, as she did in Colorado, reach out to area schools to teach students the sport in P.E. classes and teach the teachers so they can continue units on lacrosse and generate an interest and knowledge of the sport in Northeast Oregon.

Once the interest is piqued, Plut said the next step will be to put on clinics with the EOU team. Clinics, of course, Plut has an affinity for — as it was through a clinic she first got a taste for and fell in love with the sport.

“How I got started was a youth clinic, and that’s why I do so many of those,” she said.

Her hope is to have the sport into every school in the Grande Ronde Valley.

“I would love to have a league eventually, (and for) parents who want to step up, I can teach them the coaching course,” she said.

With women’s lacrosse still growing in the west, including at the small college level, EOU won’t be competing against many Cascade Collegiate Conference schools. Corban, in fact, is the only other CCC school that has a program.

“We’re going to be playing D-3, club teams, whatever,” Plut said of what year one will look like. “I would just like for us to win a game. That’s my goal, have fun, get closer as a team, work the kinks out so that when it becomes a conference sport we’re ready to play at that high level.”

And she is willing to coach anyone who wants to try out the sport.

“If there are any stellar athletes who want to try, we can talk,” she said. “I’ll teach them.”