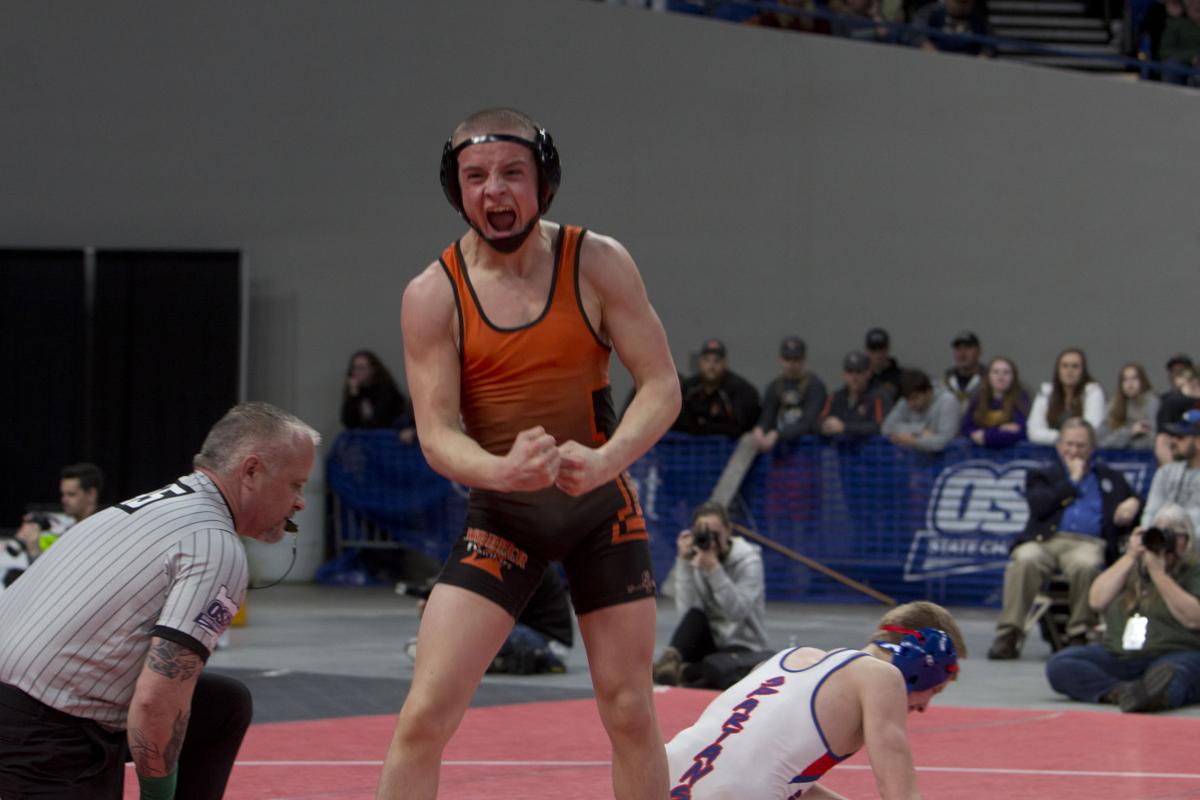 Imbler’s Garrett Burns celebrates after pinning Coy Butner Saturday in the final of the 113-pound division during the 2A/1A state tournament in Portland. 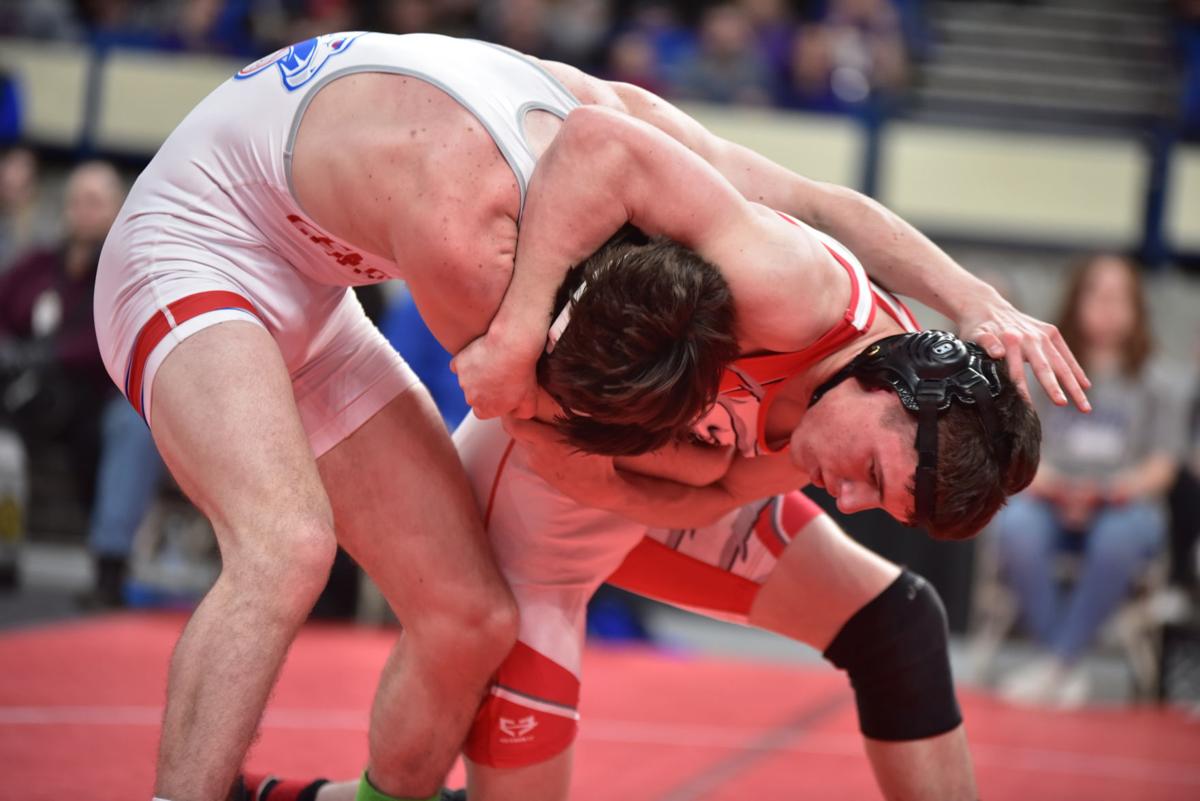 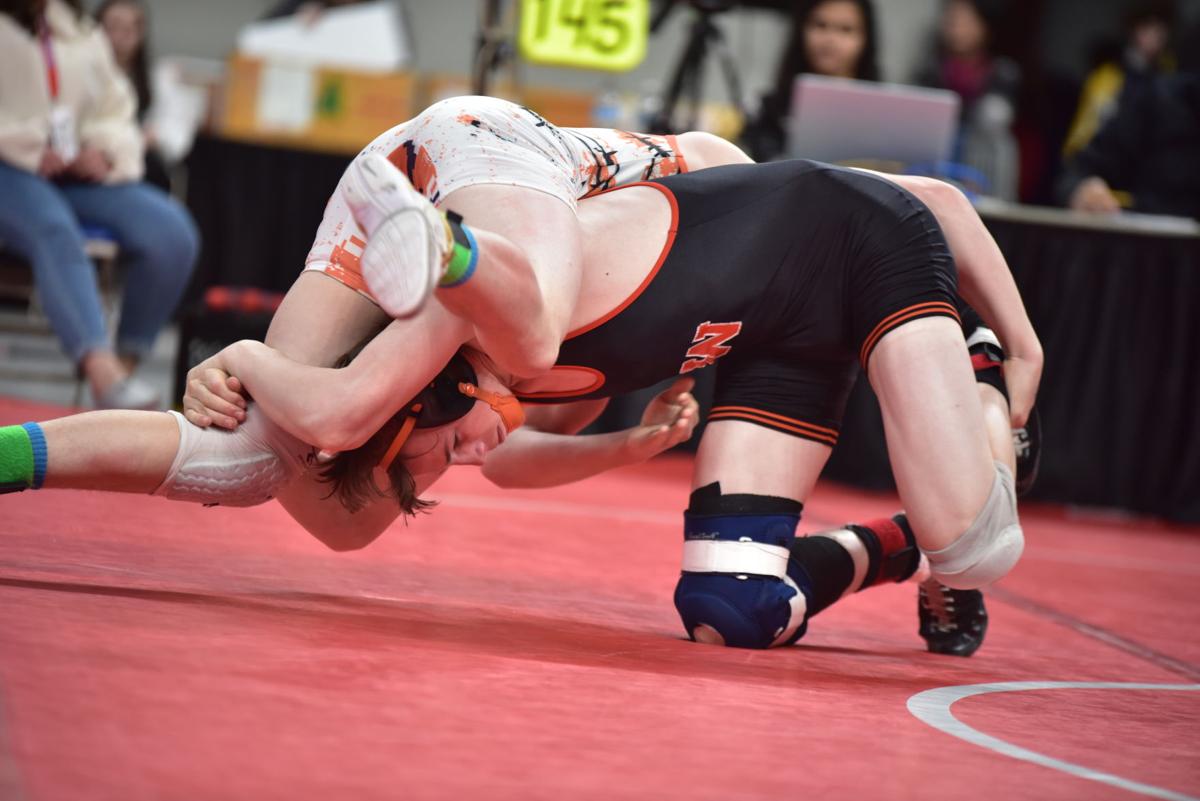 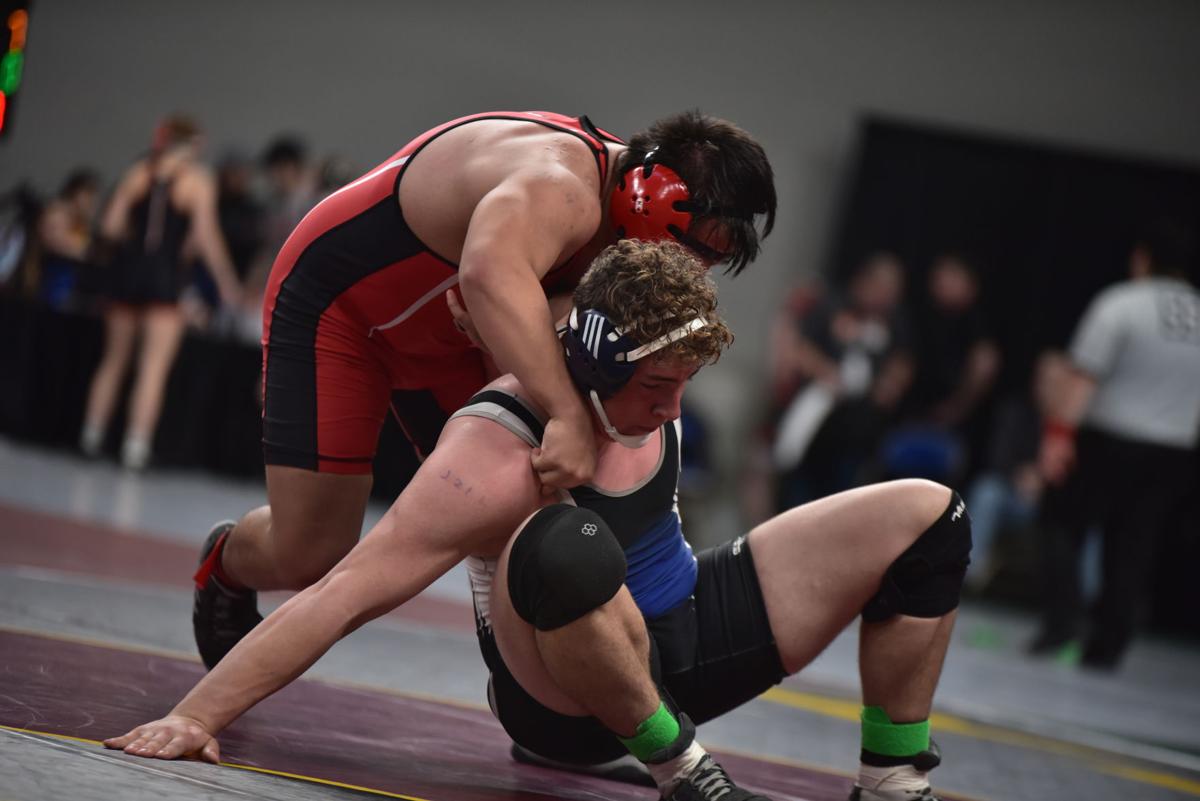 Imbler’s Garrett Burns celebrates after pinning Coy Butner Saturday in the final of the 113-pound division during the 2A/1A state tournament in Portland.

The Imbler sophomore got the best of Butner when it mattered most, pinning him in the third round of the 2A/1A 113-pound championship match to win the state title and cap an impressive season.

“He beat me three times before, and coming back and pinning him was amazing,” he said. “It was an amazing feeling.”

Burns, clearly not afraid of the big stage at Portland’s Memorial Coliseum, said the difference Saturday night in the final was the energy he felt from the scene of the championships.

“Being at state, being surrounded by everyone, the crowd, the lights, just being on that mat gave me so much more of a drive,” he said.

For the sophomore, it finished a stellar campaign that saw him at or near the top of the podium in several tournaments, starting early in the season when he took second at the Muilenburg.

To reach the final, he pinned both Glendale’s Tanner Seidel and Central Linn’s Hagen Johnson on Friday, then slipped by Culver’s Brody Piercy by a 5-2 decision Saturday morning in the semifinals.

He was one of two Panthers competing at state. MyKail Foster reached the semifinals at 152 with a quarterfinal pin of Jefferson’s Bradley Bowser before finishing with a 1-2 record. The duo combined to give Imbler 32 points and 15th as a team.

Enterprise’s Trace Evans had been dominant all season and was so against Friday and Saturday on his way to a berth in the state title bout at 138 pounds, but he was denied the state championship as he took a tough 7-5 loss to Central Linn’s Hunter McIrvin.

“He’s a heck of a wrestler, real upper-body guy,” Evans said of McIrvin. “I just couldn’t get the shots to fall quite the way I wanted to.”

Evans, who finished the season with 47 wins on the mat, was barely touched on his way to the final, but he was locked up in a battle with McIrvin. Evans trailed 4-3 entering the third, then earned an escape to tie the score. But McIrvin scored two on a takedown to regain the lead, and he held on when Evans couldn’t secure his own takedown late.

Still, Evans called it a “great season” for the junior who heads into his final year next winter with some added motivation.

“Just keep doing my thing, keep working every day, get 1% better (each day),” he said.

Evans was the only EHS wrestler at state to win a match for the Outlaws, who as a team took 22nd.

Two Joseph/Wallowa wrestlers suffered a similar fate as Evans, as both Jonah Staigle and Zeb Ramsden dropped championship bouts to finish second on the season.

Ramsden (145) and Staigle (220) — the only wrestlers to reach state for Joseph/Wallowa — each put together a strong run to reach the final. Ramsden opened with a pin of Lakeview’s Wyatt Patzke, then in the semifinals downed Union/Cove’s Carter Blackburn by fall. Staigle, meanwhile, pinned both Glide’s Jaden Rondeau and Rogue River’s Elijah Uyeda Friday, then eked out a 2-1 decision over Joshley Howell of Siletz Valley after Howell was called for stalling late in the third round to give Staigle the difference-making point.

But both ran into challenges in the final. Ramsden locked up with Culver’s Lane Downing most of the first round, but Downing claimed a takedown and seconds later a fall to win the title.

Staigle and Jimmy North of Central Linn met in the 220 final, where North managed to hold on for a 4-2 decision to deny Staigle the crown in a battle of the top two seeds in the weight class.

The two combined to give Joseph/Wallowa an 11th-place finish with 40 points.

Union/Cove posted a tie for 18th as a team with 27 points, led by Carter Blackburn’s fourth-place finish at 145.

All four of Blackburn’s matches were determined by fall. The junior took his quarterfinal match from Austin Sicard and defeated Pete Crystal of Vernonia, but had the earlier semifinal loss to Ramsden before dropping the third-place match to Patzke by fall.

Jaxon Blackburn (126) and Michael Day (220) just missed out on placing as they both fell in the consolation semifinals. Jaxon Blackburn recovered from a first round pin against Bonanza’s Oak Tenold to win two in a row over Toledo’s Ethan Ferris and Elgin’s Kenny Terry by fall, but he dropped a 5-2 decision to Cutter Tanaka of Pine Eagle in the consolation semifinals.

Day dropped a close 4-3 decision to Jon Duarte of Siletz Valley in the opening round. He followed with pins over Sheridan’s Reilley Dearth and Coquille’s Tom Riley but was pinned by Howell late in the final round of the consolation semifinals.

Elgin scored six points as a team. Lathrop, the top seed at 132, had two victories — a pin over Glide’s Austin Warner and a 9-2 decision over Dylan Edwards of Gold Beach — after a loss by fall to Illinois Valley’s Ryan Martinho in the quarterfinals, then bowed out in the consolation semifinals following a 16-7 major decision loss to Tanner Mestas of Bonanza. Terry dropped a first-round match to Reedsport’s Christian Solomon by technical fall, then bounced back to beat Chase Rodgers of North Douglas by a 9-2 decision before a loss to Jaxon Blackburn ended his tournament.