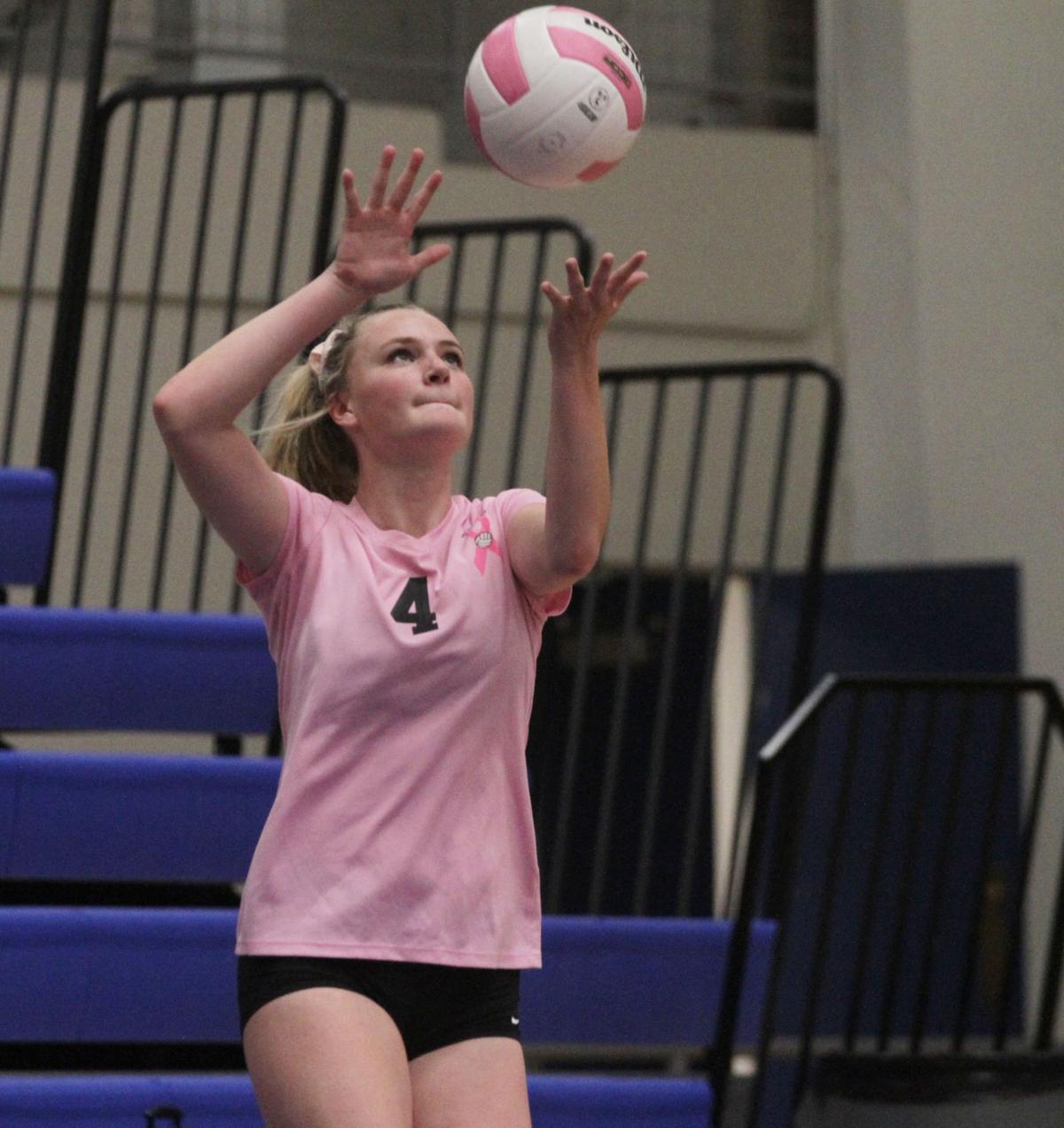 La Grande's Presley Justice had five aces, including four in the third set, in the Tigers' sweep of Ontario Tuesday. 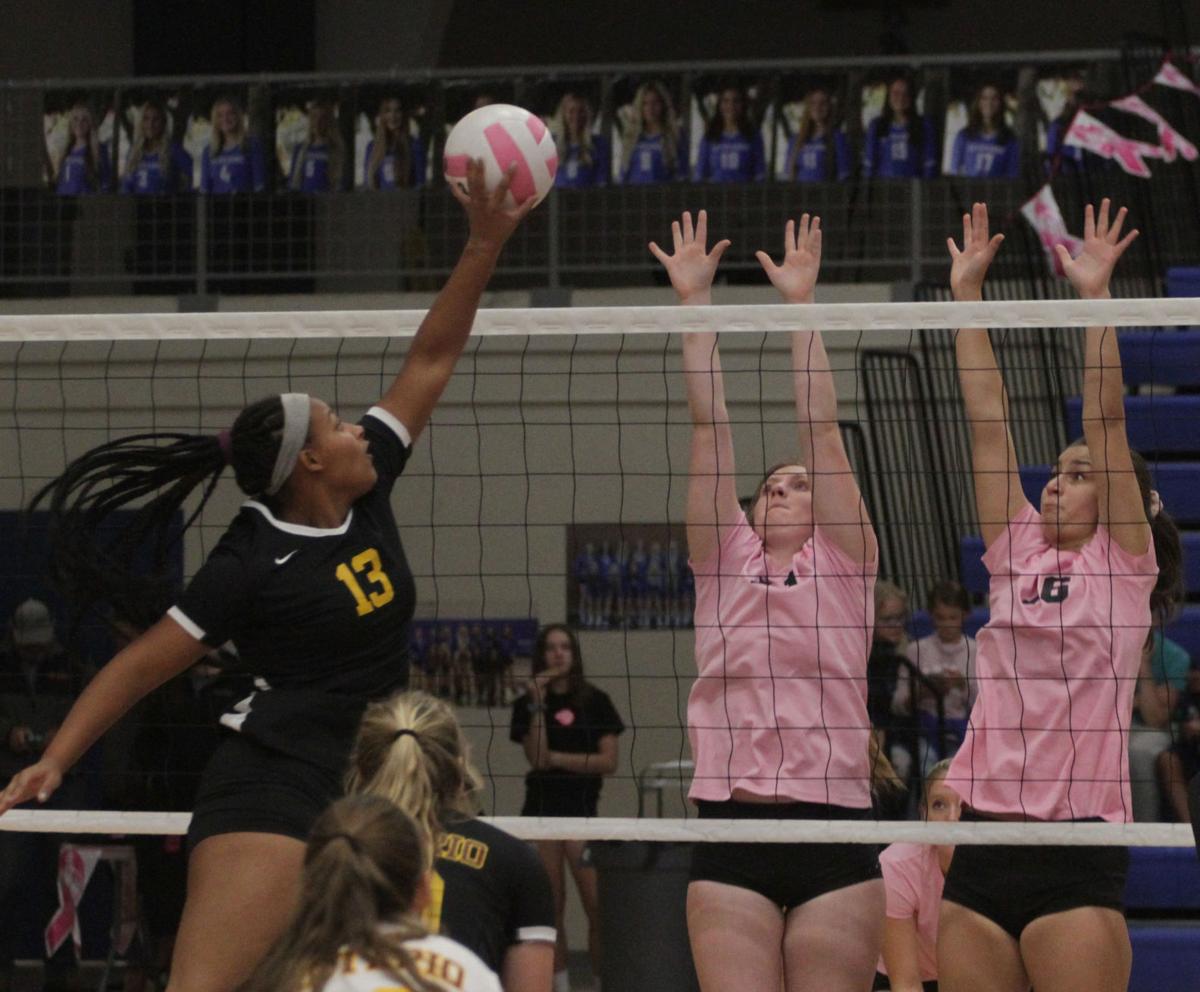 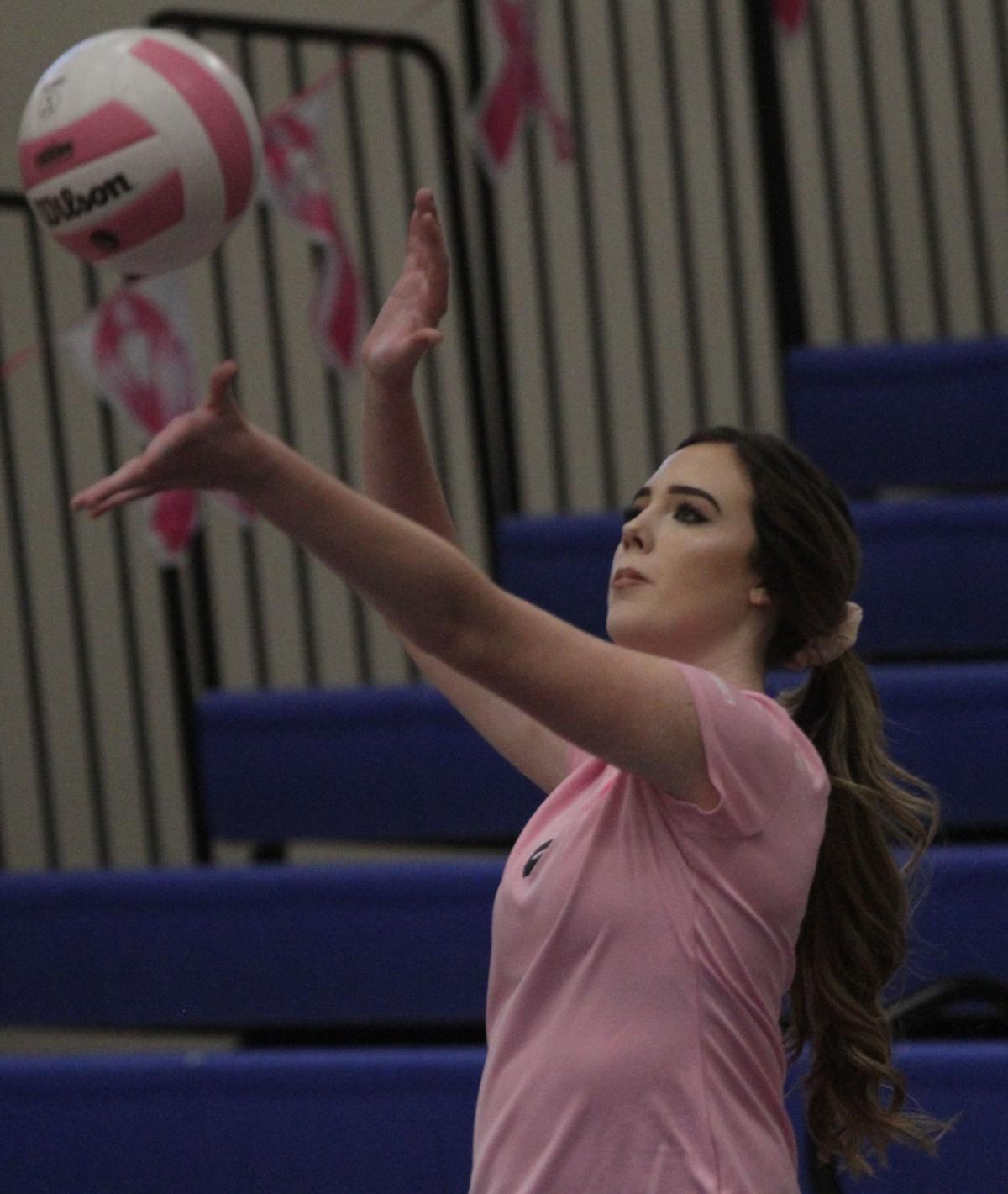 Jaiden Hafer had three of La Grande’s 18 aces in the Tigers’ win over Ontario Tuesday. 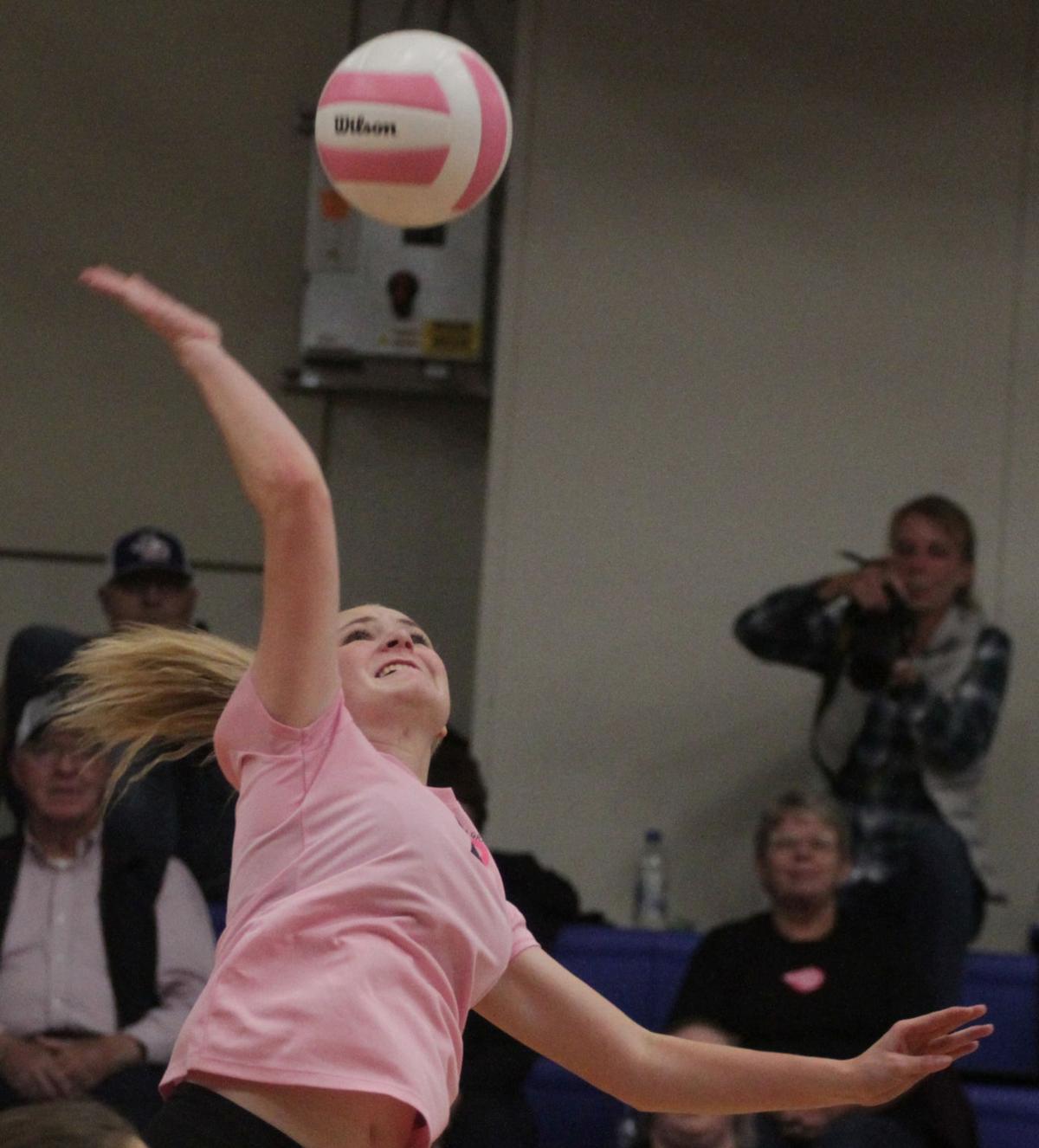 La Grande's Presley Justice had a match-high 14 kills for the Tigers Tuesday. 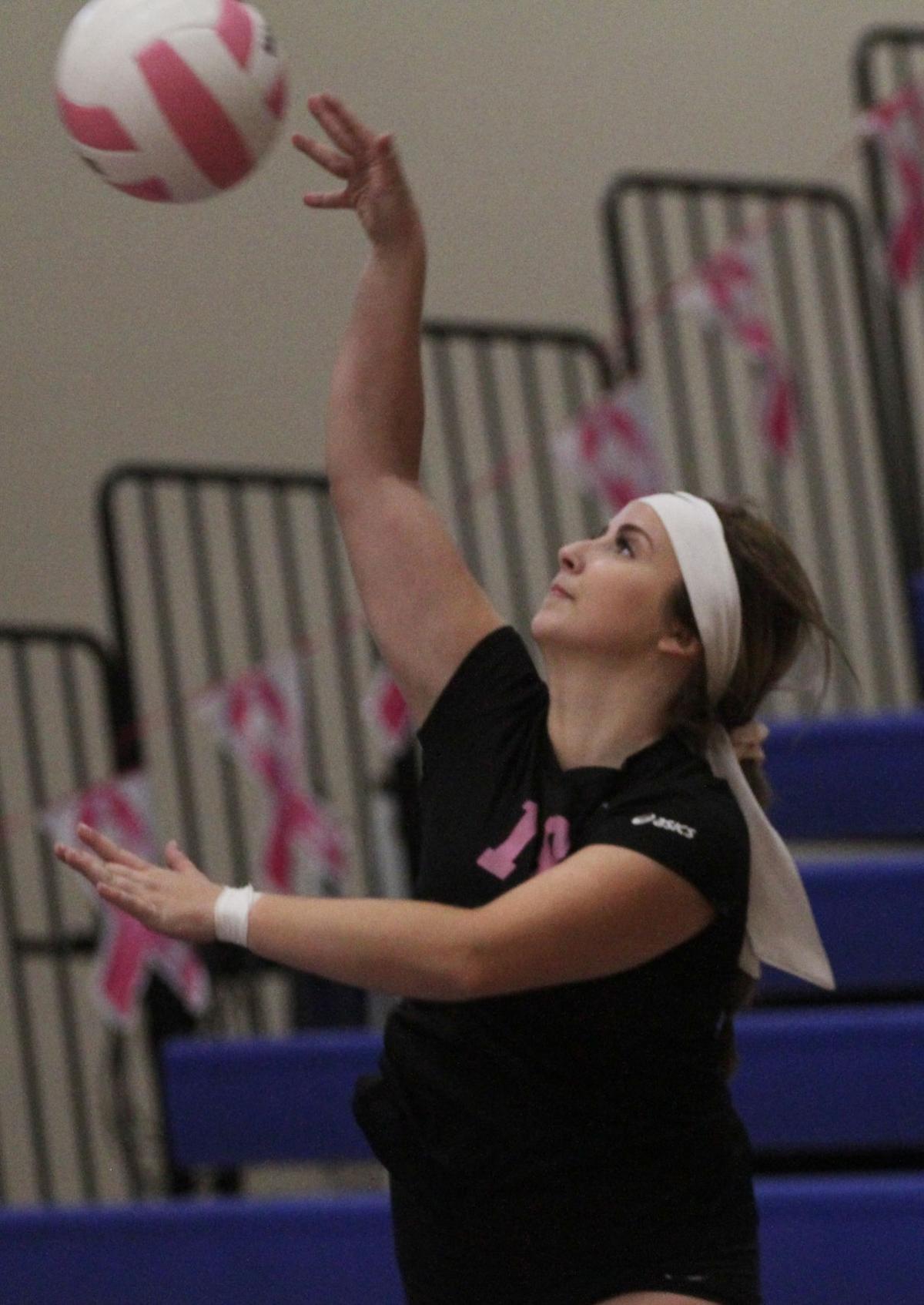 La Grande's Felicity Houston had thee aces and 11 digs for the Tigers Tuesday.

La Grande's Presley Justice had five aces, including four in the third set, in the Tigers' sweep of Ontario Tuesday.

Jaiden Hafer had three of La Grande’s 18 aces in the Tigers’ win over Ontario Tuesday.

La Grande's Presley Justice had a match-high 14 kills for the Tigers Tuesday.

La Grande's Felicity Houston had thee aces and 11 digs for the Tigers Tuesday.

The La Grande Tigers didn’t put up the type of attack numbers they are accustomed to on Tuesday night — largely due to the service ace being one of their biggest weapons.

“We served phenomenally tonight, so we didn’t have a ton of chances to get the offense going, (but) when we had an opportunity to do that I thought we executed the offense really well,” head coach Melinda Becker-

Jacie Howton served up four aces, Jaiden Hafer and Felicity Houston each had three, and Renna Martinez added two. La Grande had several lengthy service runs — both Hafer and Houston had strings of three straight aces during the second set, and Justice had four of her aces during a 12-0 run in the final set that broke it wide open. She also had a kill to start the run and a kill from the back row to end it to put La Grande up 22-9 in the third.

“We worked together a lot better than we have in the last few home games, and we had a lot more energy,” Justice said. “We were very supportive of each other.”

La Grande never trailed in the opening set and led by as many as 13 points when Jayce Seavert put down one of her seven kills for a 21-8 lead.

Ontario hung around during the second set, leading at one point 5-2 and still holding a 10-9 lead late.

But La Grande’s serving prowess and a big second set from Justice turned the tables. Hafer’s three straight aces briefly gave the Tigers a 6-5 lead. Ontario took the lead back, but Justice had four kills and Houston her three aces during a 10-1 run that turned Ontario’s lead into a 19-11 margin for La Grande. Howton finished the set with two aces of her own.

“We always work on serving, so we’re accustomed to serving over the net and serving good, and we have good chemistry, so that keeps the momentum going,” Hafer said.

Ontario led much of the third until Howton’s fourth ace — just before the set-breaking run — gave La Grande the lead for good at 10-9.

When Ontario did return a serve, La Grande was consistently able to quash any lengthy rallies with a kill, and often with a well-placed hit as opposed to a power attack.

“There are always open spots on the court. We try to hit those to mix up our shots so we’re not as easy to read,” Justice said.

The Tigers did what they were supposed to against a team that, on paper, they should have dominated. Becker-Bisenius said she was pleased with the effort.

“We executed the game plan. We talked about working on some things so we can focus on them this weekend at the North Marion Tournament,” she said.

Hafer said the key in staying focused was to not overlook Ontario.

“We take it point by point and play how we normally play,” she said.

Howton, in addition to her four aces, added 17 assists. Kenzie Williams had 13 assists and eight digs, and Houston had a team-best 11 digs.

Corrine Maag had three kills and four aces for Ontario.