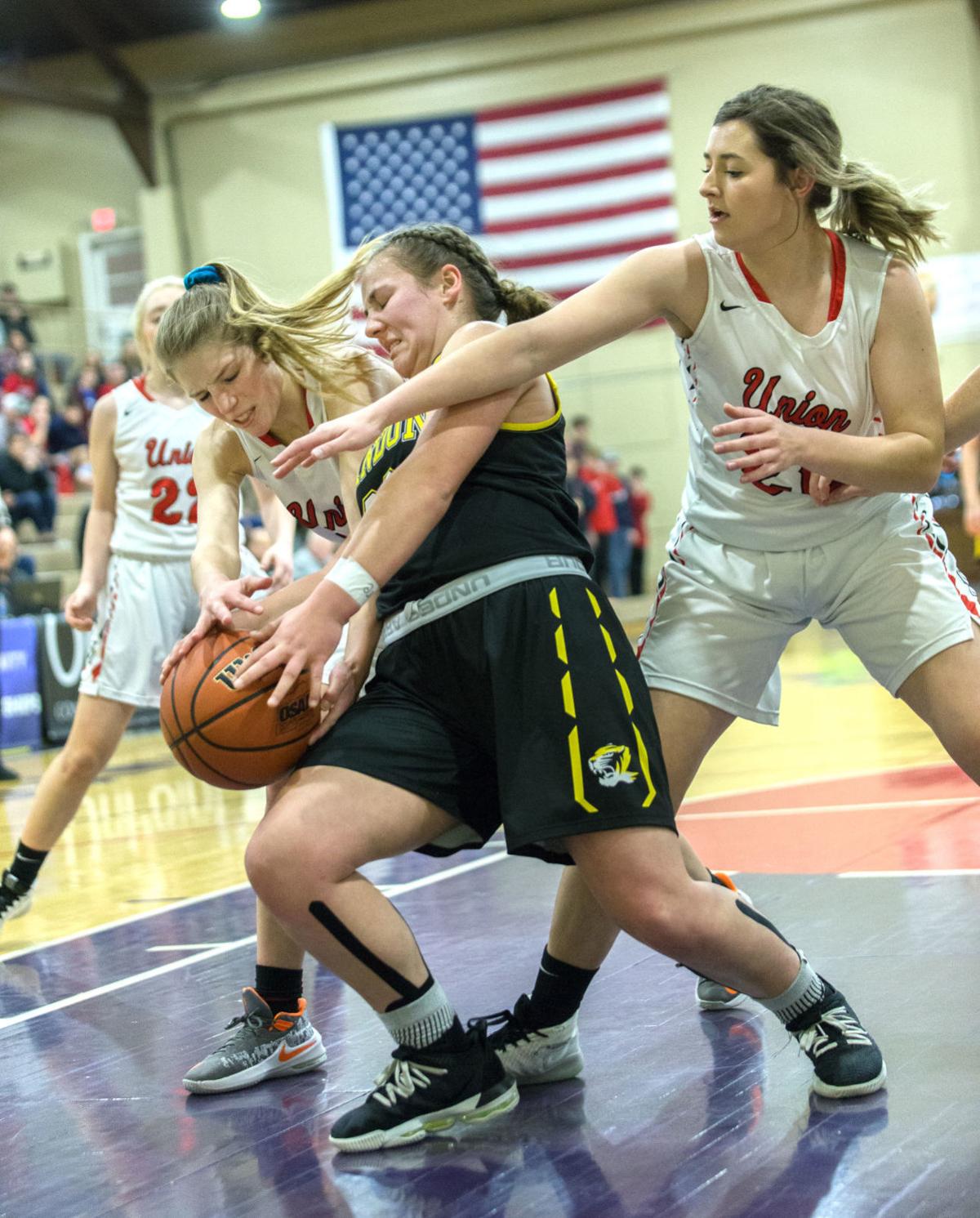 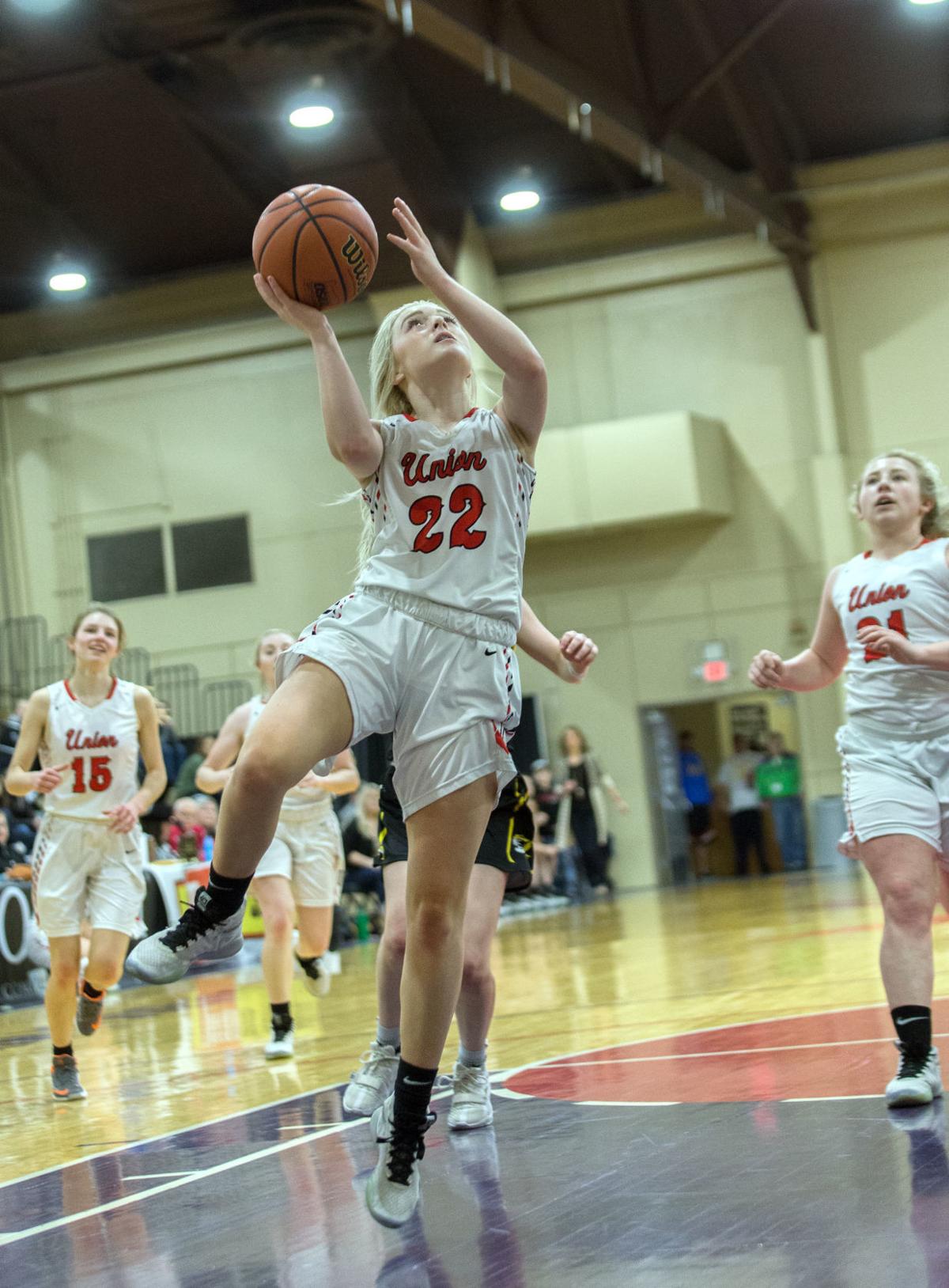 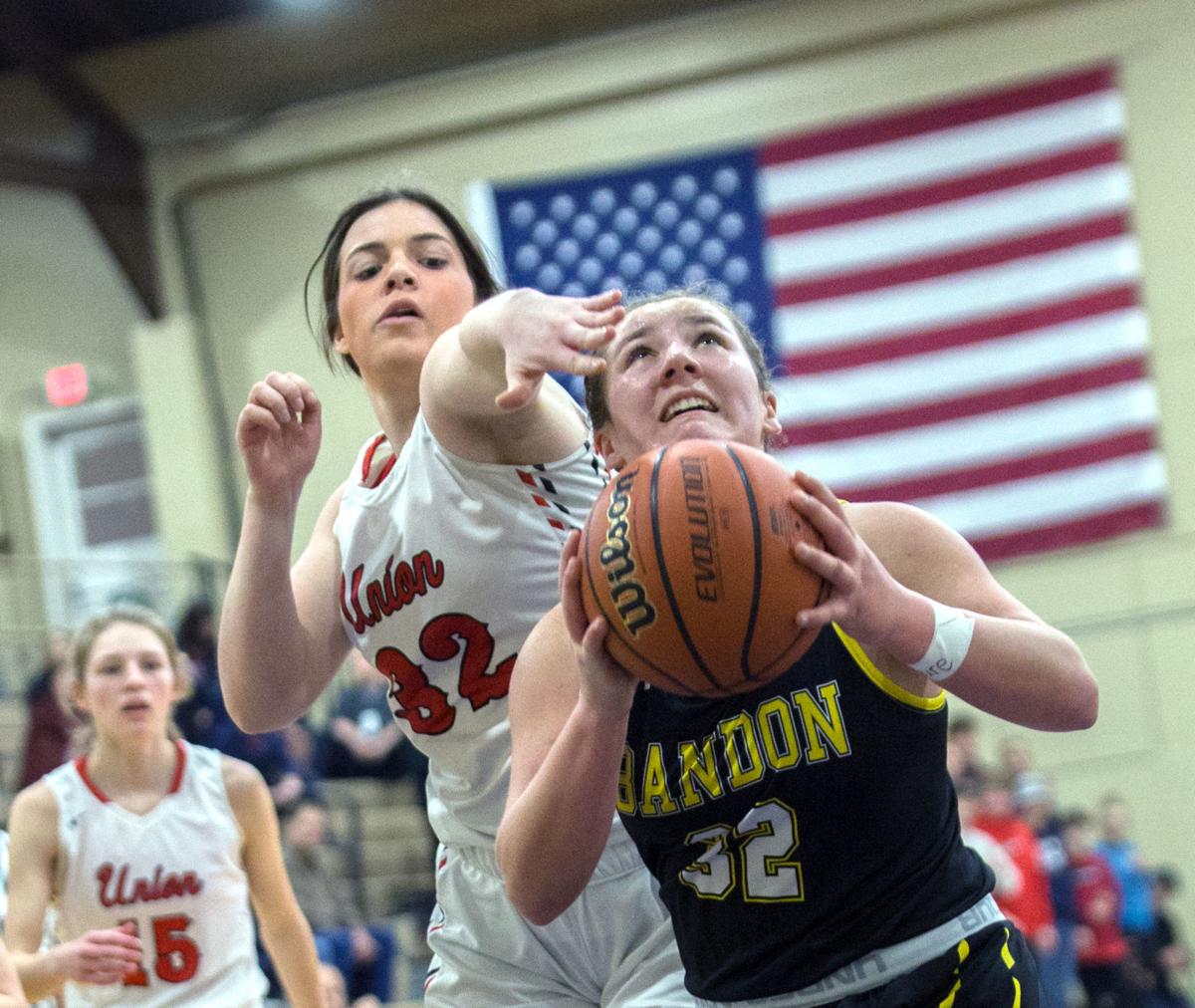 PENDLETON — The Union Bobcats were not prepared for Bandon's Traylyn Arana on Saturday.

The 5-foot, 6-inch Bandon senior guard blew away all scorers with 20 points, and the Bobcats only managed a double-digit quarter once, as the Tigers rolled to a 56-34 victory to take third place and force Union into fifth in a 3rd/5th place contest to close their Class 2A girls basketball state tournament run on Saturday afternoon.

"Of course we wanted to get the W — that's a given," Union head coach Rhondie Rickman-Johansen said, "but placing fifth in the state is no small task. You can't discredit that accomplishment."

"These past two games, we just haven't played like the team that we are, and that's a little bit disappointing," Rickman-Johansen said. "Shots didn't fall when shots needed to fall. We gave it our best. I wouldn't want to walk off the Saturday performance feeling like we didn't give our best. I think our best today, we gave, but it just wasn't good enough to beat Bandon."

The Bobcats trailed 18-11 at the end of the first quarter and were behind 27-17 at the half, but the game slipped out of reach in the third. The Tigers tore away on a 13-5 streak that spanned seven minutes for a 42-22 lead with 1:14 remaining in the quarter.

Union senior Taylar Daggett sunk two of her four attempted 3-pointers in the latter three minutes of the quarter, but the effort beyond the arc would not be enough to recover the game.

Daggett would go on to lead Union with 12 points on the night. She also shot 4-for-6 at the line.

"We've got girls that can get hot at every game, and Taylar is definitely one of them," Rickman-Johansen said. "It was nice to see her knock down some 3s today. We have a unified front and we have girls that have bought in. They really celebrate when everyone has a great game. Everyone has a role."

Arana scored five points at the line in the final eight minutes — a quarter where foul trouble dug Union's hole even deeper.

"Bandon has a lot of all-around players," Daggett said. "(Arana) is really quick. Keeping up with her and staying out of foul trouble was really hard. That was a big one for us. You have to be quick on your feet. If they set a screen, you have to talk with your teammates, or else you're just going to get caught in it."

With a fifth place trophy in tow, the Bobcats finished their season at 25-5 overall. Junior Kylie Marriott followed Daggett in scoring with nine points, and hauled down a team-high seven rebounds. Sophomore Callie Glenn chipped in five points to Union's season-ending game.