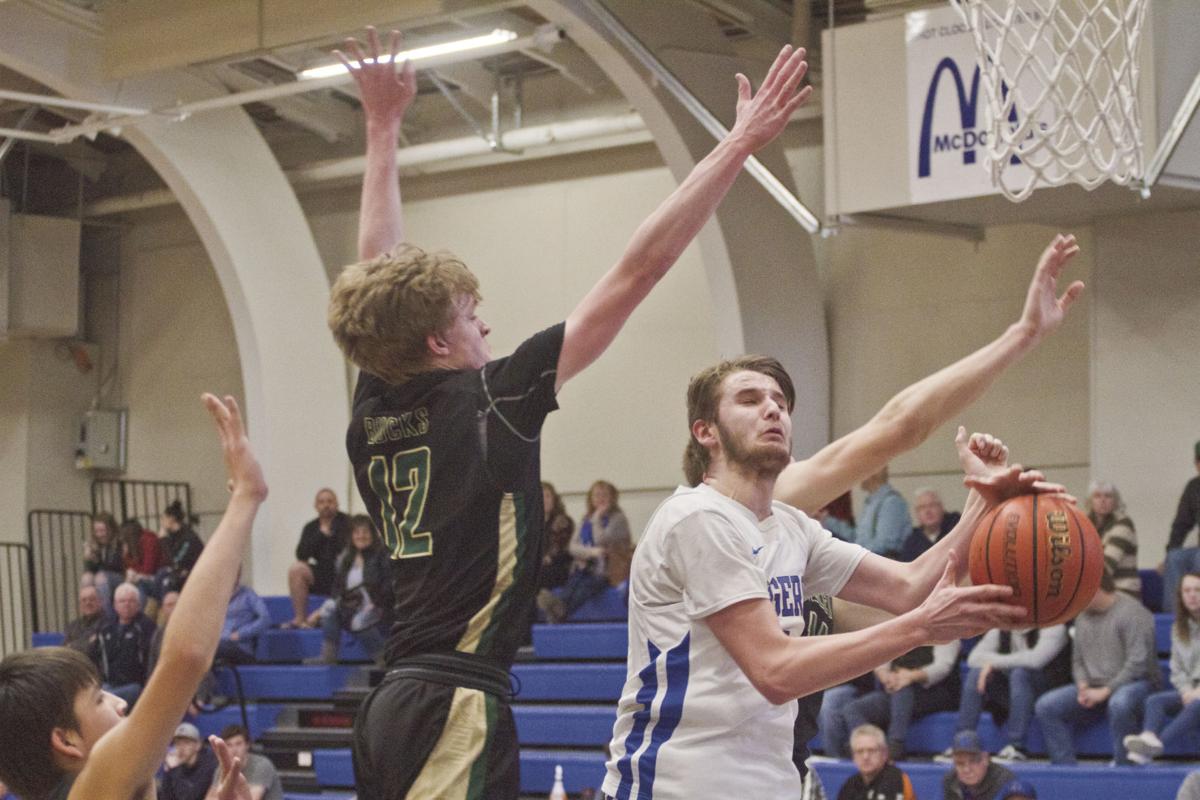 La Grande's Lukas Schelin, right, drives to the hoop to attempt a layup Tuesday during the Tigers' home game against Pendleton. The Buckaroos won 62-46. 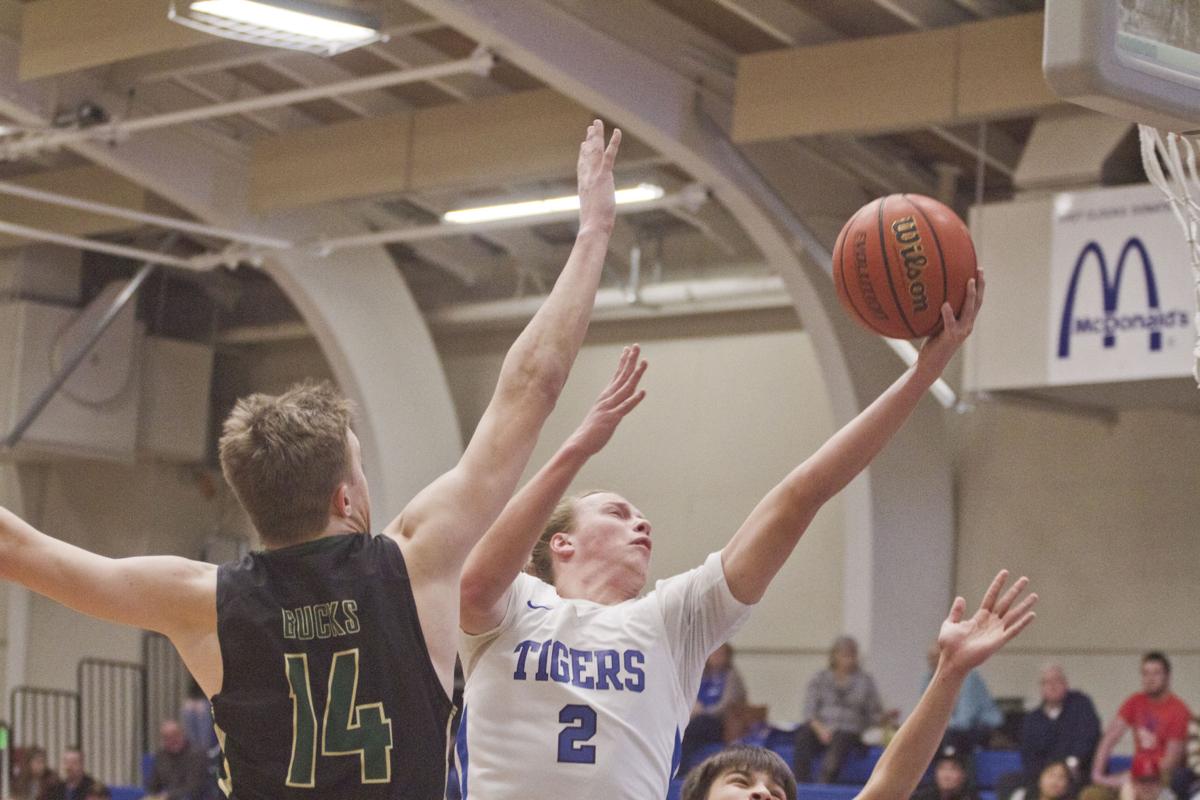 La Grande's Justin Jenner drives to the basket Tuesday during the first half of a home game against Pendleton. 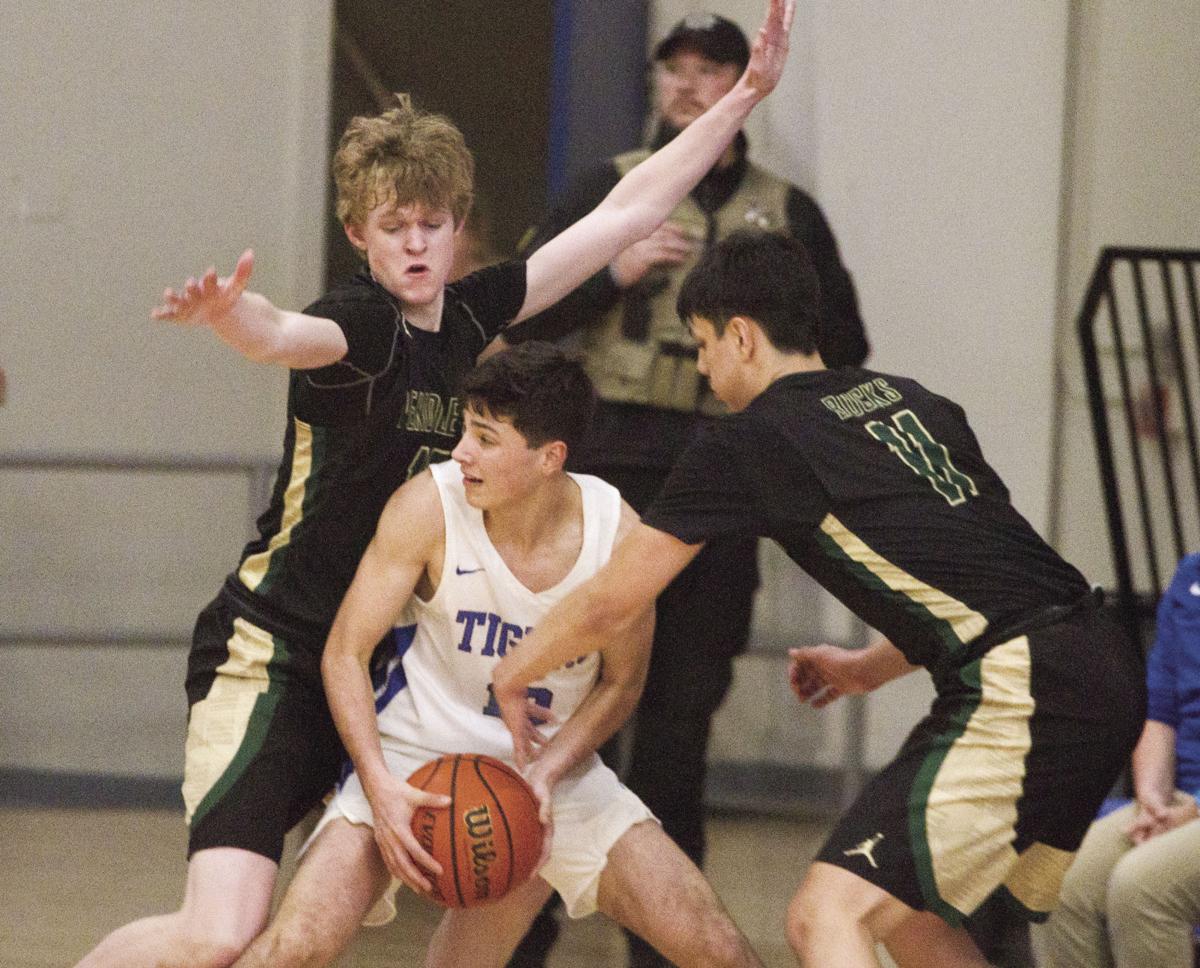 La Grande's Lukas Schelin, right, drives to the hoop to attempt a layup Tuesday during the Tigers' home game against Pendleton. The Buckaroos won 62-46.

La Grande's Justin Jenner drives to the basket Tuesday during the first half of a home game against Pendleton.

He was also quick, though, to point out Pendleton’s play made a major difference.

“I’m never one to not give another team credit,” Carollo said. “Pendleton’s a good team, they got a good record on the year, they got some good players, so a lot of the credit goes to them.”

The inconsistency showed most during a pair of Pendleton runs, one early in the third and one in the fourth, that allowed Pendleton to pull away.

Greyson Sams hit a buzzer-beating 3-pointer to give the Bucks a 29-21 lead at the half, and they pushed the margin to 14 early in the third quarter, taking a 35-21 lead on a steal and layup by Lane Maher, who had 11 points for Pendleton, with 5:37 to play in the third.

It was that early second-half stretch that Pendleton head coach Zach Dong said was key.

“We preach to our guys coming out (of the locker room) the first three minutes of the second half is the most important, and they came out and played well,” he said. “Defensively we made some adjustments. We got some easy buckets in transition because of it, and that created that gap for us that we needed.”

La Grande got back within 39-29 less than 90 seconds later when Cristian Mendoza hit a 3-pointer to cap a mini 8-4 run, but Pendleton pushed the margin back to as much as 18 in the period before taking a 47-31 lead into the fourth.

That’s when the Bucks put the game away for good. Stockton Hoffman, who also had 11 points, scored seven during a 9-0 run that extended the lead to 58-34 with about five minutes to go. The Tigers got no closer than 16 the rest of the way.

Carollo said he has emphasized multiple points to the team to shore up the inconsistent play.

“I’m trying to get them to think out on the basketball court. That’s a very important aspect of any player is to recognize and read and react to different things that approach you,” he said. "That’s one of the aspects. Another aspect is being patient, not being in a hurry. I told them in the first half, (Pendleton’s) running and jumping (at us). That's hurrying us up for no reason. We have no shot clock, we have no reason to rush into these things.”

La Grande did force 18 turnovers and collected eight steals — getting three apiece from Justin Jenner and Brady Hutchins. But the Tigers were outrebounded 42-35 on the night and committed 16 turnovers, including 11 in the second half.

Jenner individually sparked a run late in the first half that cut a 10-point margin in half, including getting a steal and layup to make it 26-21 with 32 seconds to go before halftime before Greyson Sams’ 3-pointer swung the momentum.

“That could be a little bit of a silver lining for us in a sense of really buying into these league games and trying to salvage our season,” Carollo said.