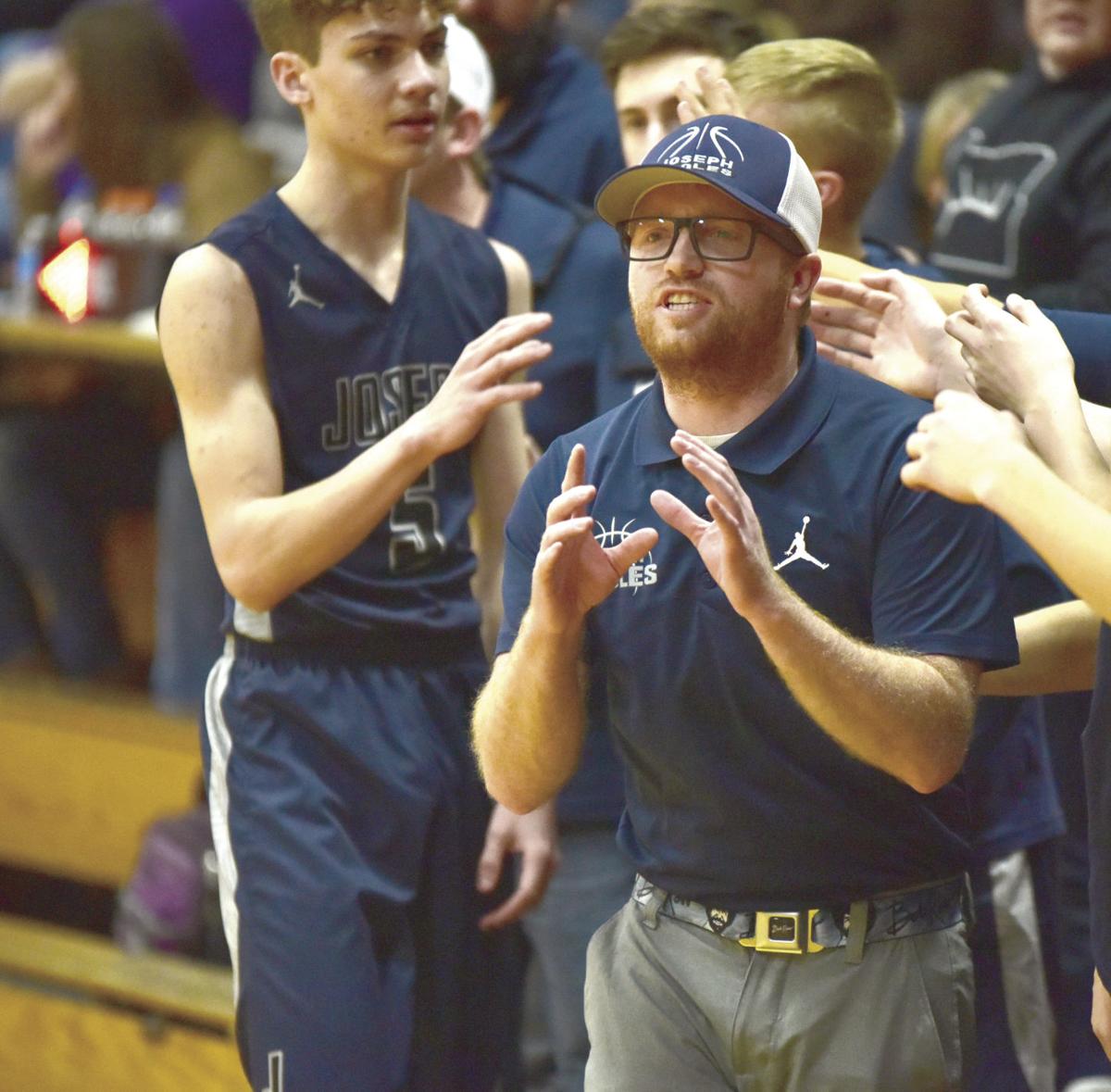 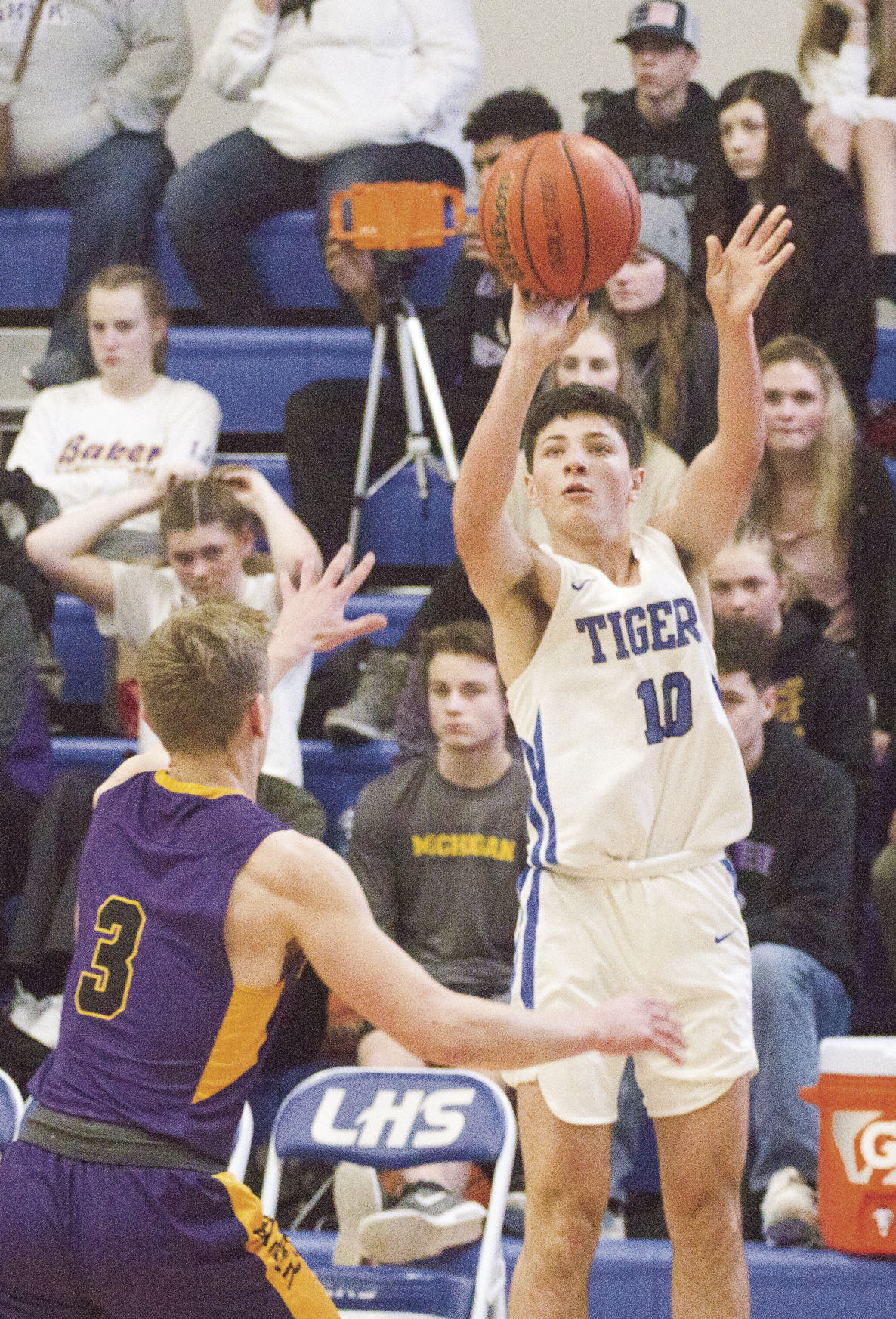 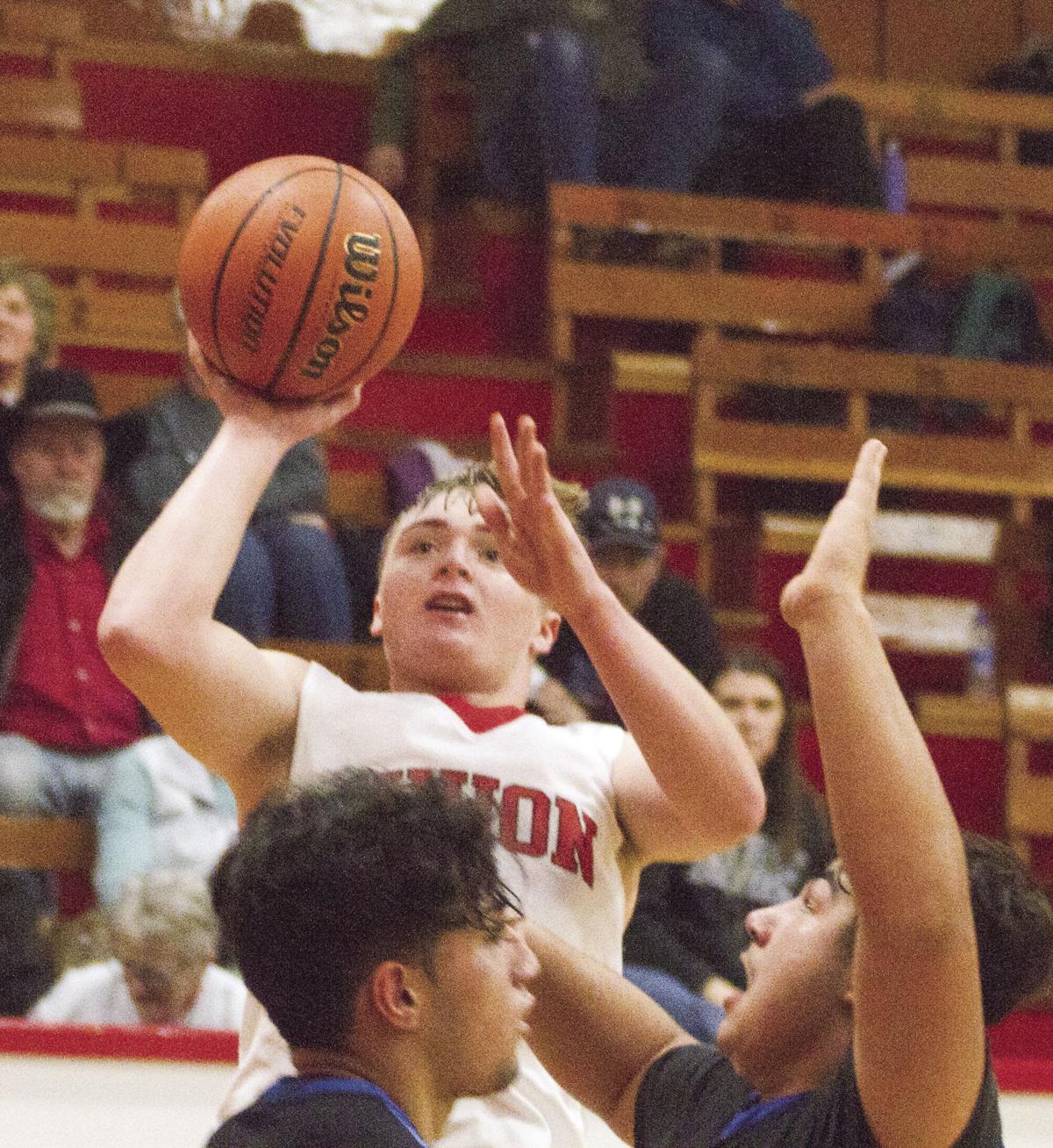 La Grande appeared to be headed nowhere after a rough beginning to the season that included a seven-game losing streak, but Carollo helped engineer the turnaround to get the Tigers into the playoffs for the sixth time in the last seven years. The team followed the seven-game skid by winning nine of its next 11 games and had a six-game winning streak which culminated in a 57-50 victory at Baker in the GOL’s district championship game before the season ended with a 52-33 loss at Marist in the first round of the playoffs to finish 10-13. LHS won all eight of its games in which it held the opposition to less than 50 points.

La Grande senior guard Kaleb Myer and junior guard Cristian Mendoza were selected to the GOL first team, while senior post Justin Jenner and sophomore guard Devin Bell were second-team award winners. Mendoza and Myer were key down the stretch for the Tigers. Mendoza scored 18 points in a win over McLoughlin late in the season to lock up a playoff berth then scored 13 in the title-game win over Baker, while Myer had 12 in that championship game and 14 in the playoff contest at Marist.

Olan Fulfer led the Joseph boys basketball team to a second-place finish in the Old Oregon League and a berth in the 1A state tournament, and as a result was honored as the OOL coach of the year.

The Eagles reached the state tournament for the second time in three years and posted their best record in the seven years Fulfer has been the head coach. They finished with a record of 22-9 overall. The state tourney run was cut short by dropping two games at the final site in Baker, but the second of those games was a three-overtime thriller against Prairie City, which ended with a 51-46 win by the Panthers.

The Eagles landed three players on the all-OOL squad, two of which were named to the first team — junior guards Chase Murray and Mason Ferre. Hadley Miller, a senior post, claimed honorable mention.

Senior post Roper Bingham was named to the second team, and Moziss Nesser, another senior post, was tapped honorable mention. The Badgers finished with a record of 18-8 but missed the playoffs by one game after a 68-59 loss to Elgin in the OOL third-place game.

Elgin, which went 15-11 and used the win over Powder Valley to reach the playoffs for the second time in three years before being knocked out by South Wasco County, also had three all-league selections. Junior guard Kaden McClure landed a spot on the second team, and junior guard Gage McKay and senior post Tristan Simpson were both honorable mention.

Union landed three all-league selections, paced by junior guard Keegan Glenn, who was among three players unanimously selected to the first team. Glenn was a consistent threat to score 20 points or more points in a game, a fact enforced when he went off for 33 points in a win earlier in the season.

The Bobcats finished with a record of 17-10 in coach Odin Miller’s first season, but just missed out on garnering an at-large bid to the state playoffs.

Enterprise, which went 6-13 on the season, placed Cason Kirkland on the all-BMC second team, while Devin Greer was honorable mention.