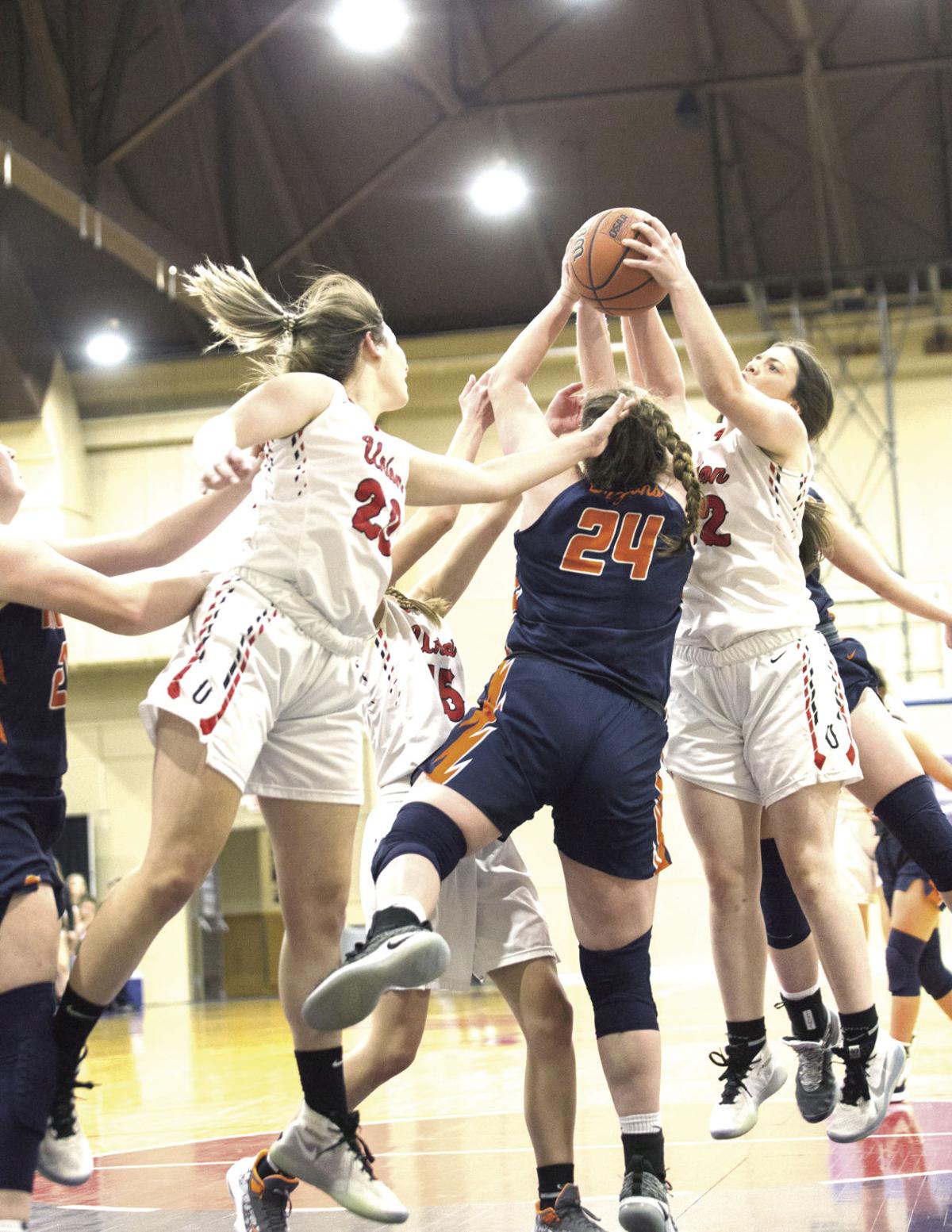 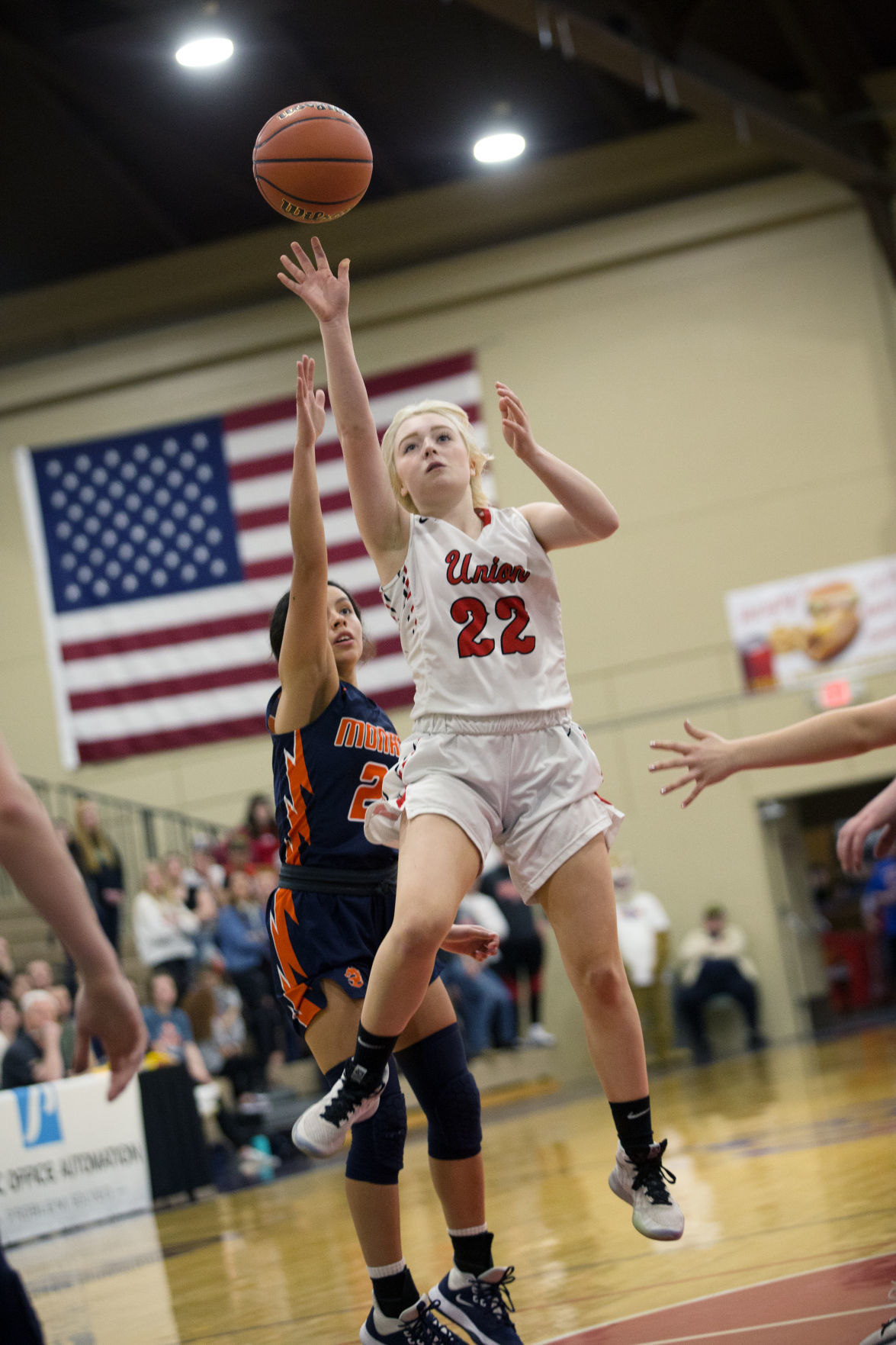 Union's Callie Glenn shoots Friday during the 2A state semifinals against Monroe. 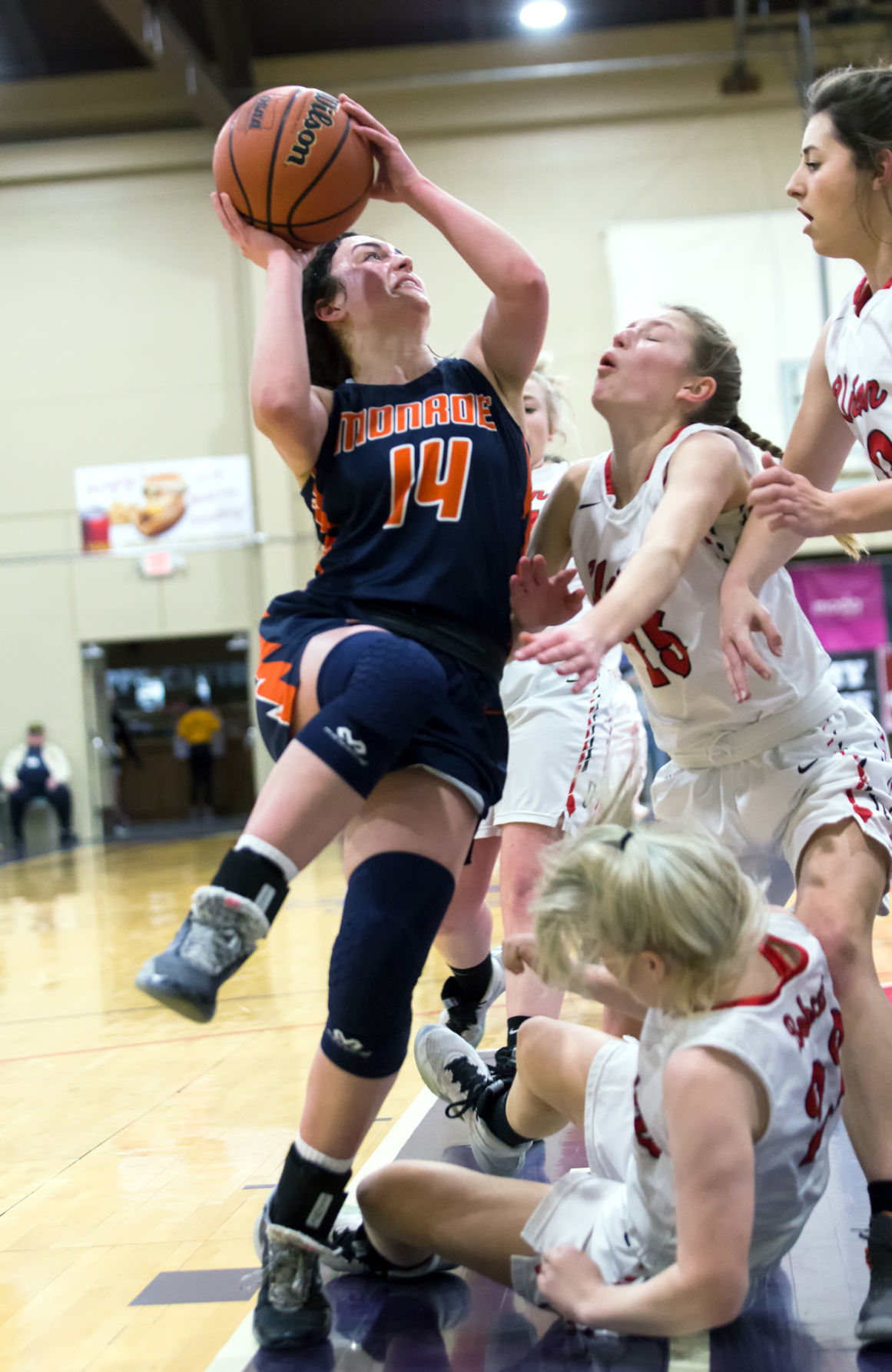 Monroe's Chloe May picks up an offensive foul during Friday's game against Union in the 2A semifinals. 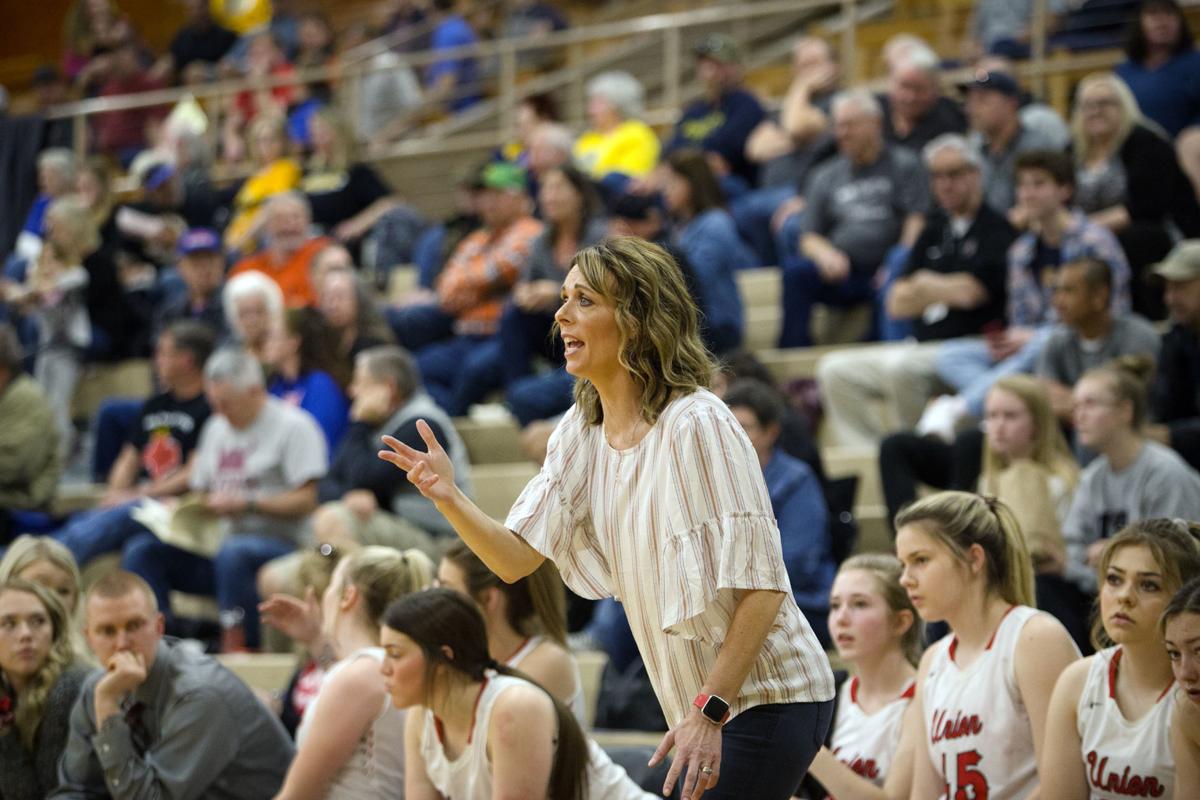 Union's Callie Glenn shoots Friday during the 2A state semifinals against Monroe.

Monroe's Chloe May picks up an offensive foul during Friday's game against Union in the 2A semifinals.

PENDLETON — Union's shot at a state title fell just short after they let slip a close contest in the second and third quarters.

The Bobcats and the Monroe Dragons were locked in a one-point game for just over a quarter until Monroe tore away with a 13-point run in the second, and a 14-point run in the third that put the game out of Union's reach as it fell 45-27 at the 2A girls basketball state semifinals Friday afternoon the Pendleton Convention Center.

"We couldn't find a basket today," Union head coach Rhondie Rickman-Johansen said. "It just wasn't our night. We struggled to get anything to fall. We couldn't execute today. Every good team has those times where they're not able to get the ball in the hoop."

The loss dropped Union (25-4) into a 3rd/5th place contest with Bandon at 12:30 p.m. on Saturday afternoon at the Pendleton Convention Center. Friday was the Bobcats' first semifinals appearance since 2015, where they fell 50-33 to Western Mennonite.

Monroe will challenge Kennedy in the state championship at 5:45 p.m. on Saturday, also at the convention center.

Union junior Kylie Marriott recovered her team's third lead of the game with a basket at 6:34 in the second quarter, and senior Taylar Daggett followed with a point at the line for a 13-11 Union advantage, but Monroe senior Mirtha Lopez took off with a nine-point, three-minute scoring run that put the Dragons ahead 20-13 with 2:55 left in the half.

"Every single game, it's like that," Lopez said. "It's close, and then we just pull away. We didn't know what to expect, but once we got to know (Union) and how they played, we pulled away."

Monroe junior Ashley Sutton capped off the streak with four straight points that left Monroe ahead with a 24-13 halftime lead. The Bobcats would never recover.

Union was outscored 16-3 in the third quarter, getting a bucket and a point at the line from sophomore Callie Glenn in the opening and closing minutes of the quarter, respectively. The Dragons strung together a 14-point run that spanned over four minutes, taking five points from senior Chloe May and four from Sutton.

The Bobcats managed a late rally in the fourth, topping the Dragons 11-5. Marriott posted five points at the line to open the quarter, and senior Brianna Kohr capped off the streak with a 3-pointer at 2:48 to cut their deficit to 16 at 40-24. Glenn would score two more points at the line, and Marriott one.

"It was too little, too late," Rickman-Johansen said. "If we had a few more minutes, we might have been able to come back."

Sutton finished with a game-high 17 points, and Lopez added 12 points and a team-high nine rebounds. May added 10 points to Monroe's victory.

Union was led by Glenn with 13 points, and Marriott eight. Sophomore Audrey Wells grabbed eight rebounds on the night.

"The dream is to play a state championship," Rickman-Johansen said, "but I would coach these girls to the end of the world. I'm so proud to be their coach."