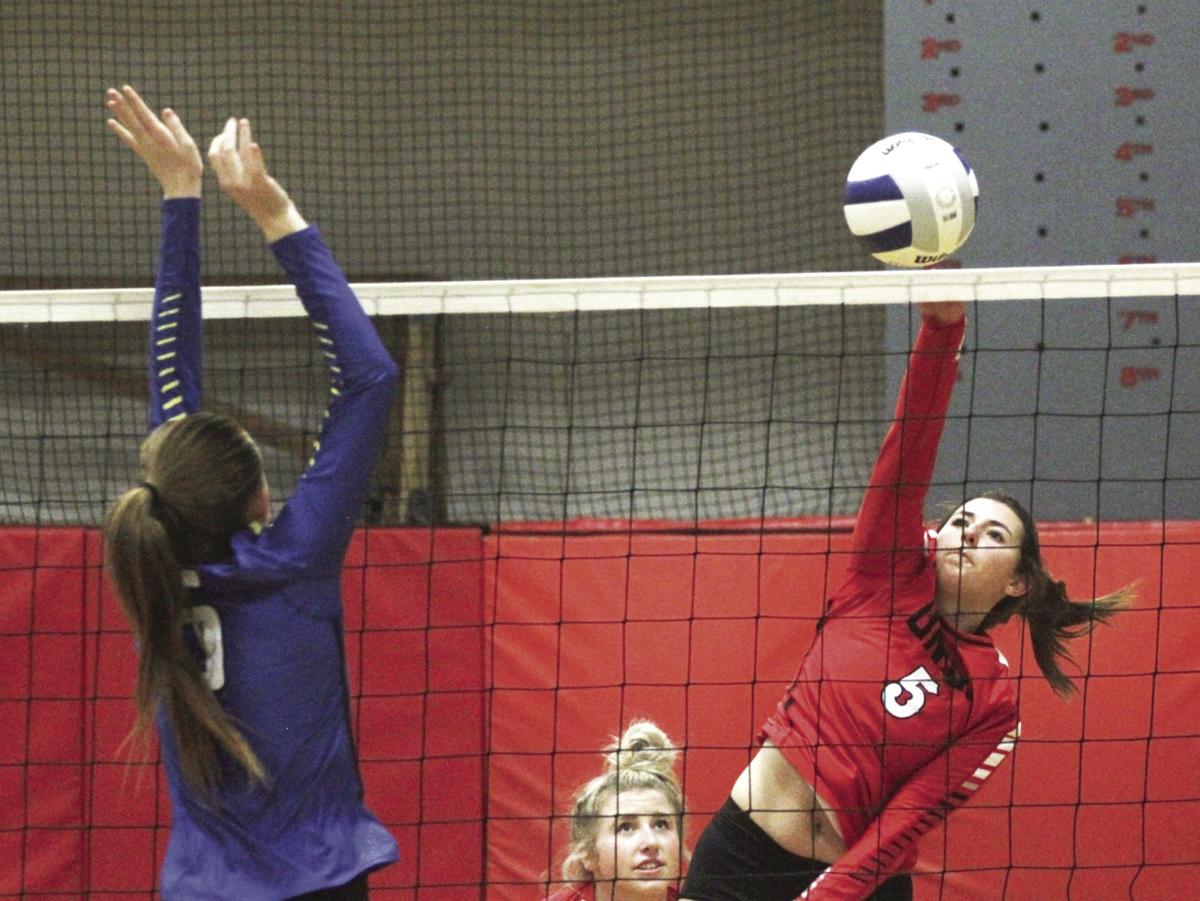 Union’s Autumn Daggett, right, has one of her 22 kills during a Sept. 19 sweep of Stanfield. The senior outside hitter has signed a letter of intent to play beach volleyball for Corban University. 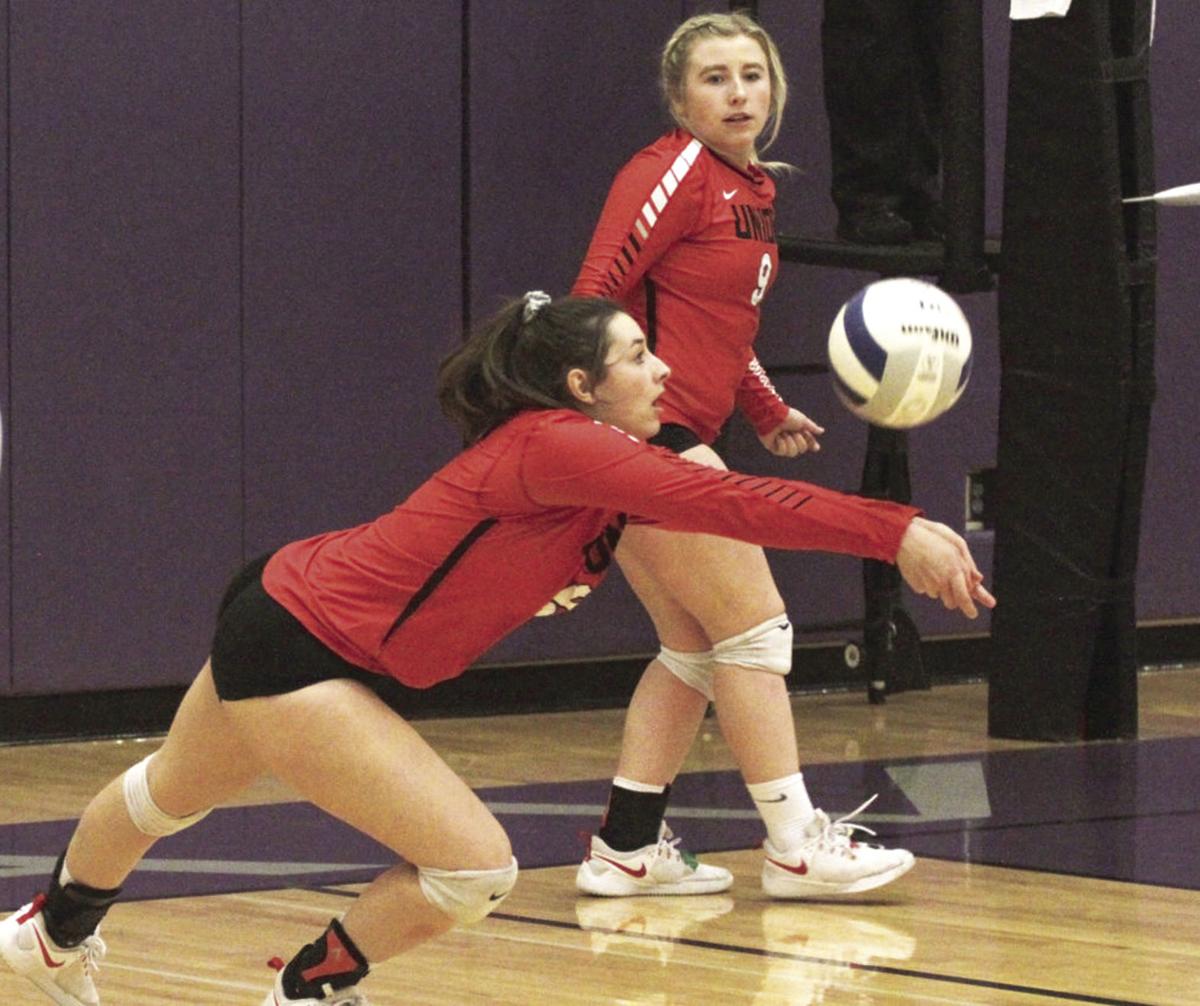 Union’s Autumn Daggett reaches for a dig Nov. 9 during the fourth-place match at the state tournament. The senior outside hitter has signed a letter of intent to play beach volleyball for Corban University. 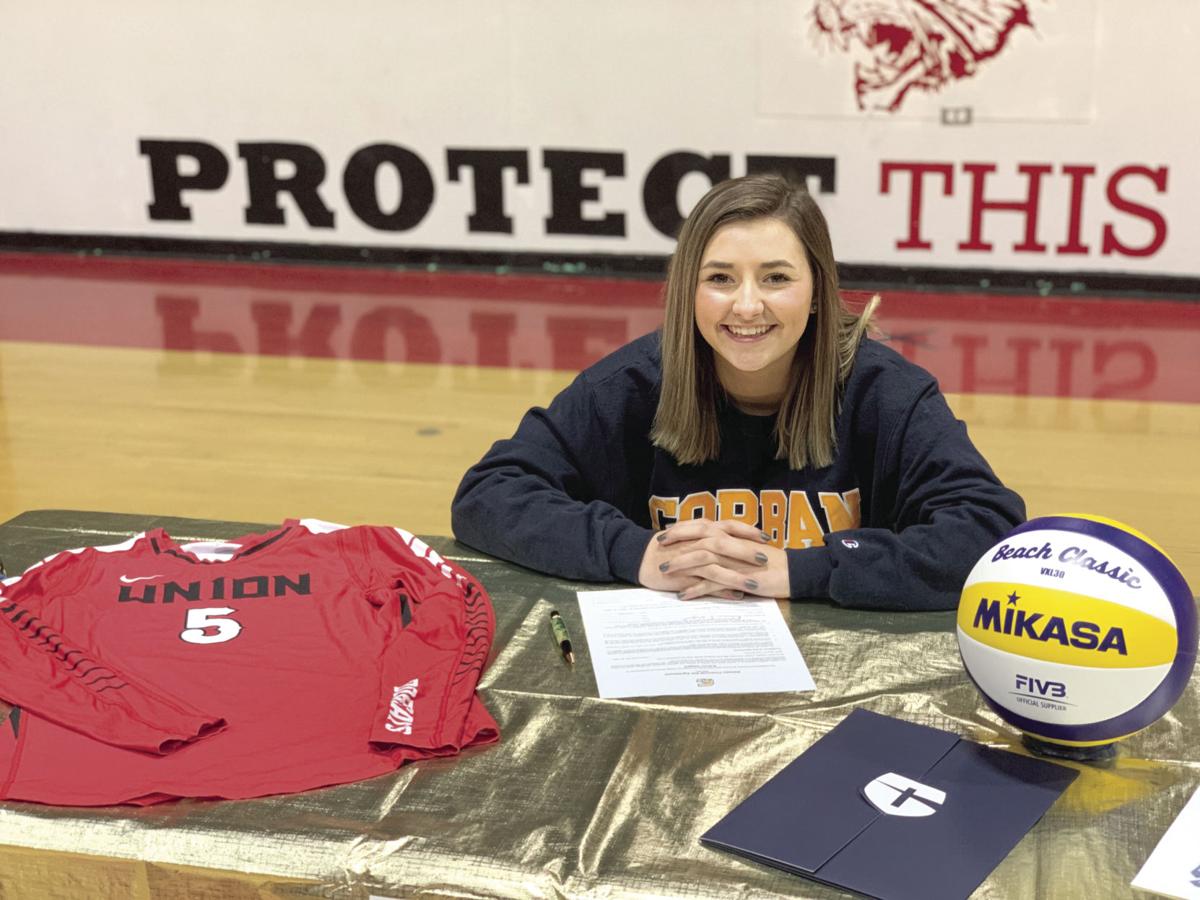 Union’s Autumn Daggett, right, has one of her 22 kills during a Sept. 19 sweep of Stanfield. The senior outside hitter has signed a letter of intent to play beach volleyball for Corban University.

Union’s Autumn Daggett reaches for a dig Nov. 9 during the fourth-place match at the state tournament. The senior outside hitter has signed a letter of intent to play beach volleyball for Corban University.

UNION — Autumn Daggett was an offensive spark and a clutch performer for the Union volleyball team last fall as she helped the Bobcats to a 24-4 record, a perfect season in Blue Mountain Conference play and a fourth-place finish at state.

She’ll look to make a similar contribution next season at Corban University, though in a different vein.

Daggett has signed a letter of intent to play for Corban’s up-and-coming beach volleyball team, which will officially take to the sand for the first time next season.

“It felt like it was the right place for me,” Daggett said, noting her sister, Emilee, also attends the Salem school. “This was the only (school) where I get to be with friends and family, it’s not too far from home and I’d get to pursue volleyball.”

The Warriors’ program was supposed to open play this spring, but their inaugural season ended before it began due to the spread of the coronavirus, which means Autumn Daggett will be on the team when it does finally begin action.

“She said I would be a good fit for the team,” Daggett said. “She thought I would have a good spot and fit in with the girls well.”

Daggett will not only face the typical changes of adapting to the college level when she heads to Corban, but also will have to adjust to the differences the beach game brings.

Rather than six players on either side of the net, there are just two in beach volleyball, and the sandy surface adds its own challenges.

Daggett, though, is confident she will hit the ground running.

“I’m a fast learner. With the new skills, it’ll be different for me, but I think I’ll get the hang of it and be able to adapt pretty quickly,” she said.

Knapp also believes Daggett has what it takes to succeed, not only in sand but at the college level.

“High level, (it’s) quicker, gotta be tougher and gotta be able to be more advanced obviously than high school would be,” Knapp said. “I think she’s ready for that, ready to move on and take on a new challenge.”

Daggett was Union’s top attacker during the season. In BMC play she tallied a team-best 170 kills and also had 27 aces and 44 digs. She played both front and back row for the Bobcats, and Knapp thinks that versatility will also help in the transition.

“She was one of my best back row athletes,” Knapp said. “That should benefit her.”

Knapp said Villalpando and Daggett have similarities as well.

Daggett also noted that her height — she is shorter than most outside hitters at 5-foot-6 — could actually be a positive in the beach game.

“You have to have two people who can get the ball up and still approach (the net),” she said. “I think that it will help, not being as tall but also having a decent vertical so I can get up and move.”

Daggett, who is planning to study elementary education, will have a chance in the fall to get a feel for the sport more, noting the team has some fall competitions.

“I’m just really excited,” she said. “It’s been a lifelong dream for me to pursue volleyball. It’s always been a passion of mine and I really enjoy it.”