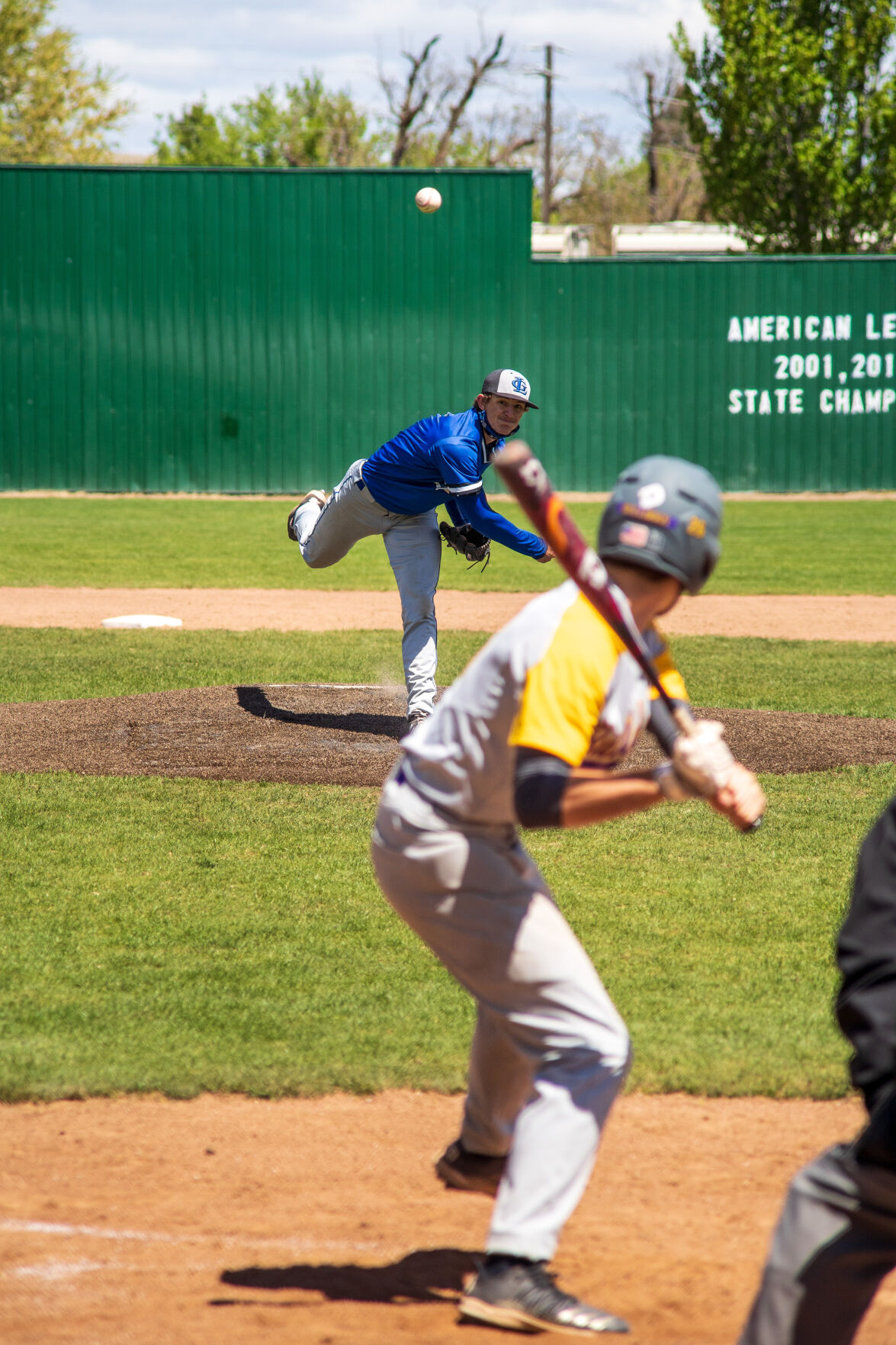 La Grande High School Tiger Payton Cooper (8) brings the heat across home plate as he throws against Baker High School Bulldog Silas Carter (26) during a game Saturday, May 8, 2021, at Optimist Field in La Grande. The Tigers fought a doubleheader against Baker, winning 18-0 and 11-4. 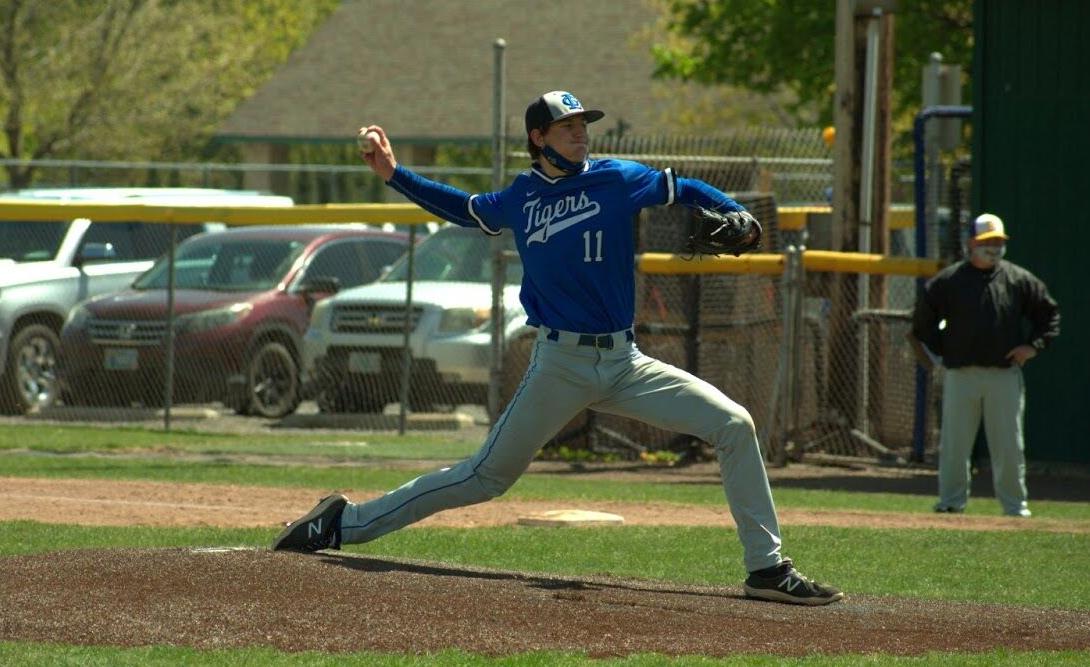 Riley Miller with the La Grande High School Tigers pitches against the Baker Bulldogs on Saturday, May 8, 2021, in La Grande. Miller earned first-team 4A All-State honors at the pitcher position following a stellar year in which he pitched a 0.48 ERA over a 5-1 record on the season.

LA GRANDE — The La Grande High School Tigers baseball team won both games of the doubleheader against the Baker Bulldogs on Saturday, May 8. La Grande dominated game one 18-0, while fighting back from behind to win game two 11-4.

Starting pitcher Riley Miller found himself in a bases-loaded jam in the top of the first inning, but struck out two straight batters to avoid giving up any runs. He would go on to pitch five scoreless innings, allowing only four hits while striking out seven Bulldogs.

"I think that's the senior mentality," said head coach Parker McKinley. "Situations like that are not too big for our upperclassmen."

The Tigers scored eight runs in the first inning of Saturday's first game, all but securing a victory right from the start. Catcher Cole Jorgenson opened the scoring with an RBI double that scored Payton Cooper. Later in the inning, Jorgenson hit a two-RBI double to extend La Grande's lead to 8-0.

"It's good to set the tone early like that," McKinley said. "Any time we can get our leadoff guy going and be able to put some runs on the board in the first, then everybody settles in at that point."

La Grande stayed hot at the plate throughout game one, recording 18 runs over four innings of offense. Jorgenson went three-for-three with four RBIs and one run in game one, while adding another three RBIs in game two.

After a blowout loss in game one, Baker came out much stronger in game two. The Bulldogs took an early 1-0 lead in the first inning after Conner Chastain's RBI-single.

The second matchup was neck-and-neck through the first four and one-half innings, at which point Baker led 4-3. Facing a deficit late in the game, the Tigers needed a major momentum swing.

"Get a bunt down and get a guy on base, move some guys over," McKinley said. "That team offensive mentality is a good one to be able to build on to start generating momentum."

It was in the bottom of the fifth inning when La Grande's bats came alive.

Nick Bornstedt tied the game at 4-4 by hitting a sacrifice fly to left field that scored Devin Bell. Third baseman Logan Williams came up with the game-changing play, crushing a deep fly ball to left that scored three runs and put the Tigers up 9-4 in the bottom of the fifth.

Jace Schow would relieve starting pitcher Payton Cooper and throw two scoreless innings. Cooper earned the win and Schow got the save.

The Tigers added some insurance runs late in the game to defeat the Bulldogs 11-4. The two victories improved La Grande's record to 9-1 on the season.

"The trust is building and we're generating a culture that is exciting to watch and be a part of with these guys," McKinley said. "They're starting to put it together and it's a good team feeling."

The Tigers will play again Tuesday, May 11, a doubleheader against Ontario. The opening pitch of game one is scheduled for 3 p.m.