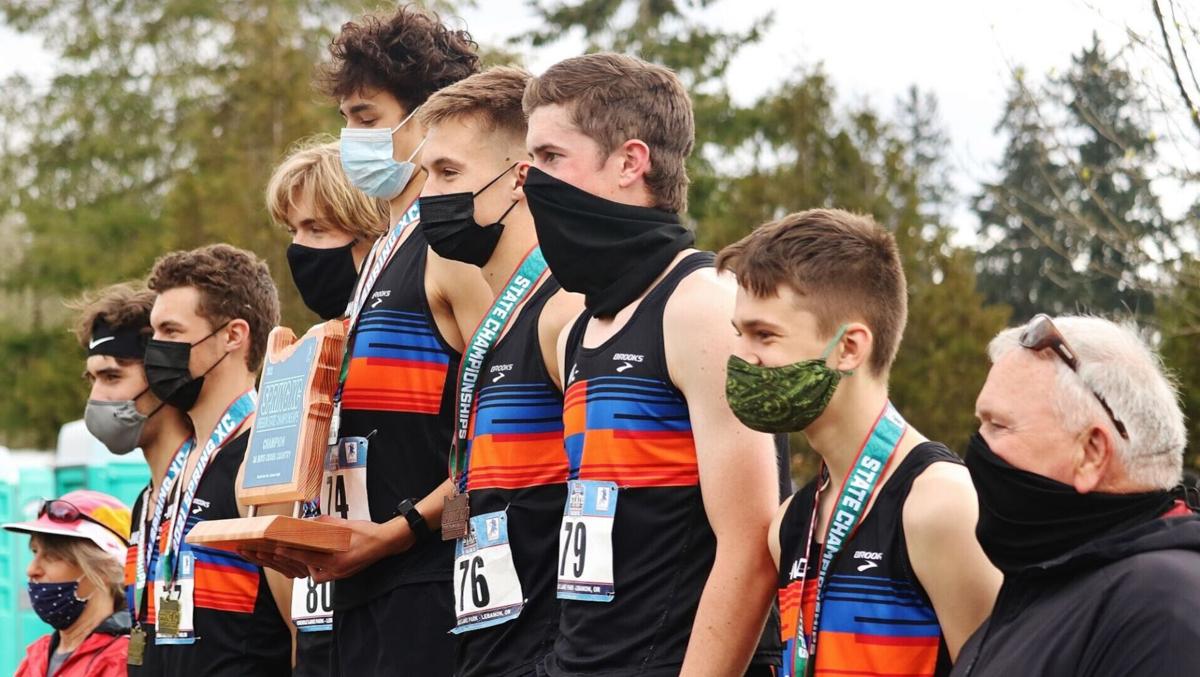 The Wallowa Valley boys cross-country team poses with the state title trophy after winning the 3A state meet Saturday, April 10, 2021, in Lebanon. 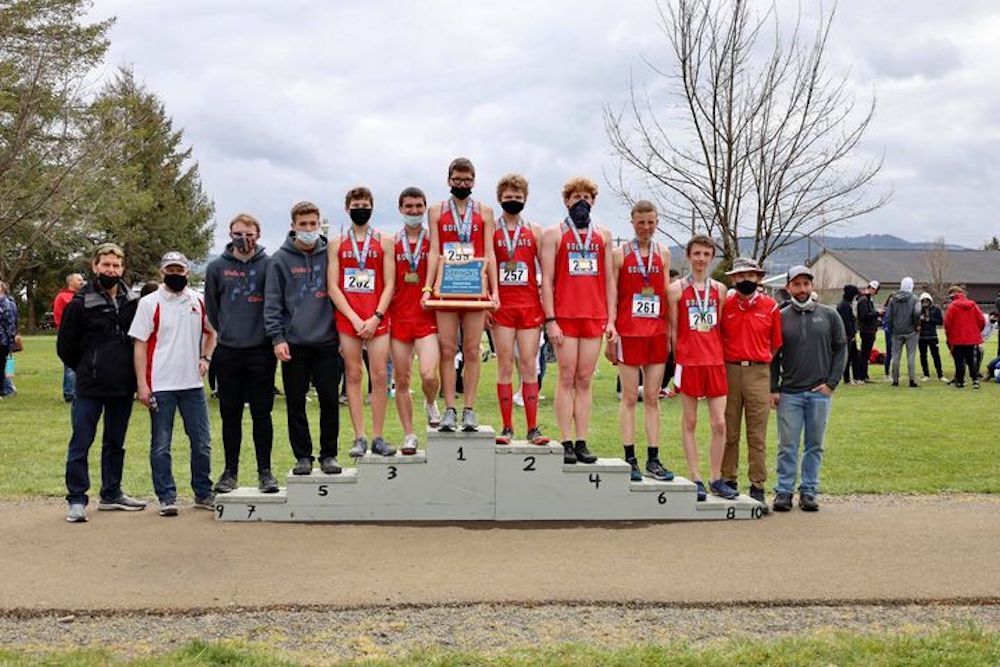 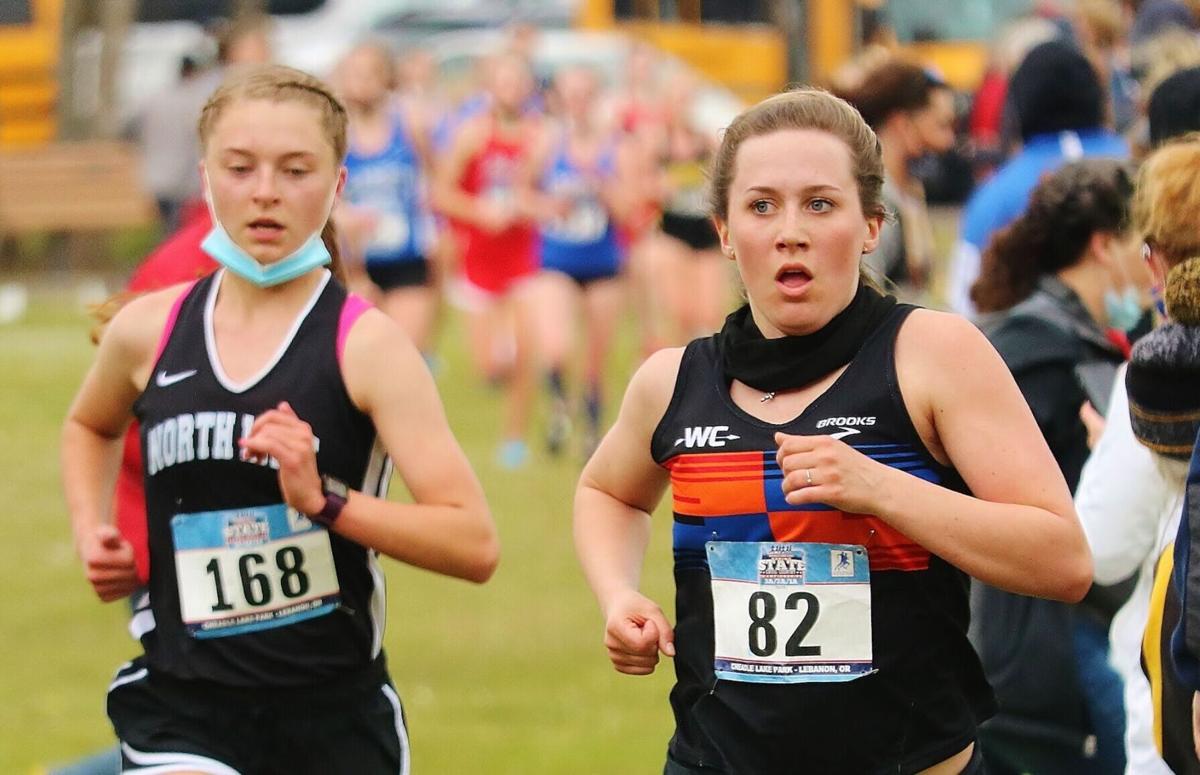 The Wallowa Valley boys cross-country team poses with the state title trophy after winning the 3A state meet Saturday, April 10, 2021, in Lebanon.

LEBANON — It may not have been “official” in the eyes of the Oregon School Activities Association, but the Wallowa Valley Outlaws boys cross-country team again proved it is the best in the state.

Buoyed by three top-five finishes and by having its top five runners inside the top 20, Wallowa Valley breezed to the de facto Class 3A state championship — as it was expected to on paper — Saturday, April 10, at Cheadle Lake Park in Lebanon.

“It was just a great team effort by the kids,” head coach Dan Moody said. “They pushed themselves. They were going hard. They don’t take anything for granted. It’s great. Sometimes kids do that. They don’t. They went after it.”

And the Union/Cove high school boys cross-country team also took to the winner’s podium, earning the title for the 2A/1A cross-country championship.

The Oregon School Activities Association did not sanction a statewide event in the culminating week of Season 2, but instead East Linn Christian hosted a state-style event in Lebanon that brought in many of the top-ranked teams.

Kellen Peters, East Linn Christian athletic director and cross-country coach, had reached out to fellow small-school cross-country coaches about putting together an unofficial state championship for runners at the 3A/2A/1A level.

“Back when we found out there would be no OSAA state championships, I saw the look on my students’ faces,” Peters said. “I know I’m not the only coach who is seeing those faces. I understand why the OSAA can’t do it, but with some help, we are able to do something for the kids.”

“We knew that La Pine was probably our main competition,” Moody said. “We’ve got the target on our backs.”

Wallowa Valley, which returned the core of its state-title-winning team from 2019, was nothing short of dominant. Henry Coughlan led the pack for the Outlaws by taking second in a time of 16:01.15. Shortly after him in third was Zac Knapp in 16:18.81, and Bayden Menton placed fifth in 16:59.01.

The Wallowa Valley girls cross-country team scored 81 points in Saturday’s de facto 3A/2A/1A state championship in Lebanon to place second, and in the process flipped the script from the district meet earlier this month by edging Heppner. The Mustangs, who on April 2 topped Wallowa Valley on the way to the district title, scored 83 points Saturday to place third.

The boys team finished the day with 48 points, edging out Bandon by 2.

The Union/Cove girl’s team earned 81 points Saturday to place second to Bandon, which took the 5,000 meter championship with 46 points.