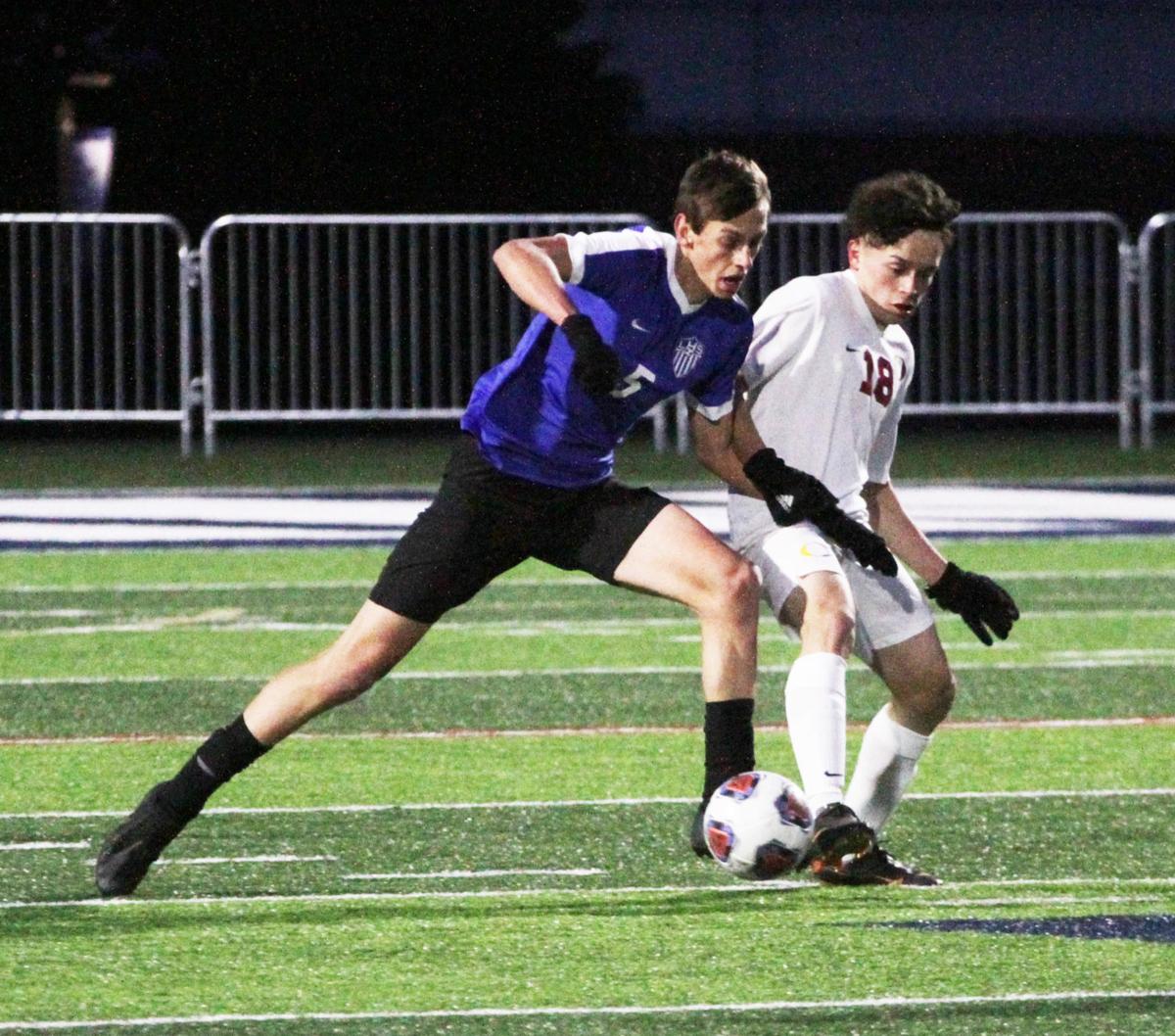 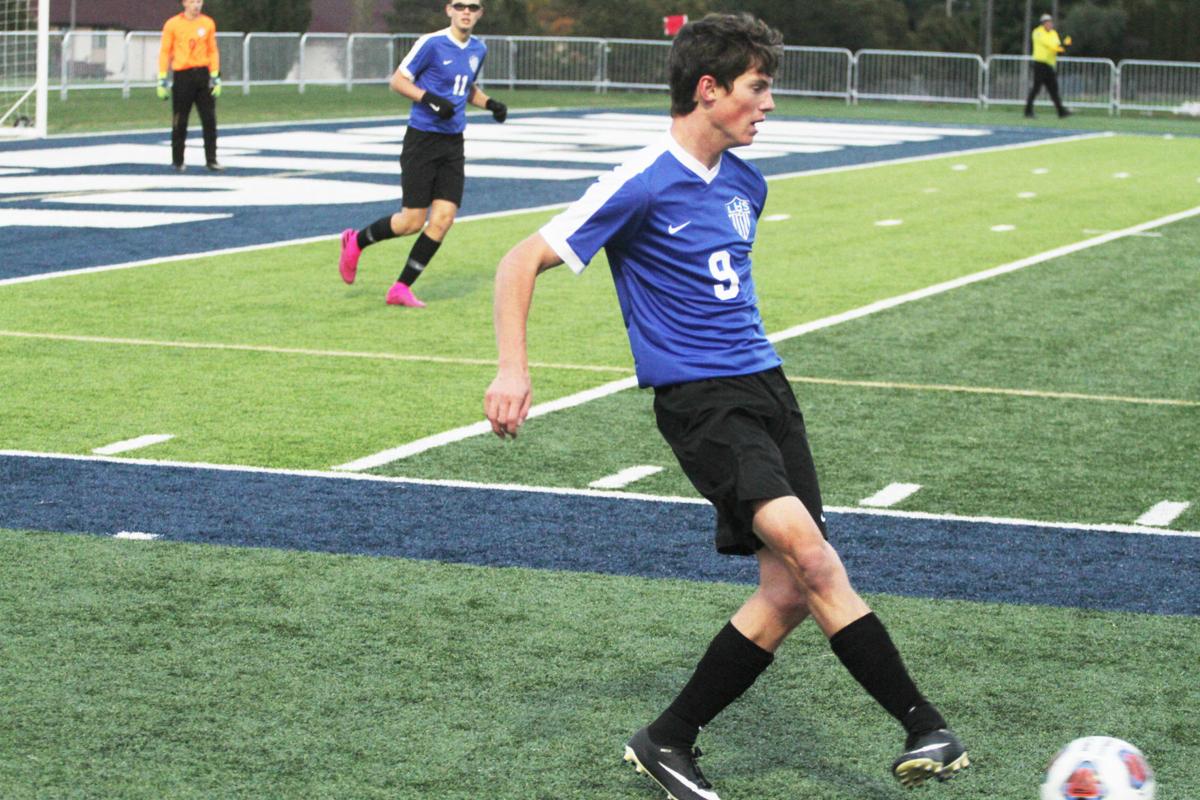 La Grande's Westin Blake plays a ball upfield during the first half of Wednesday's game against Ontario. 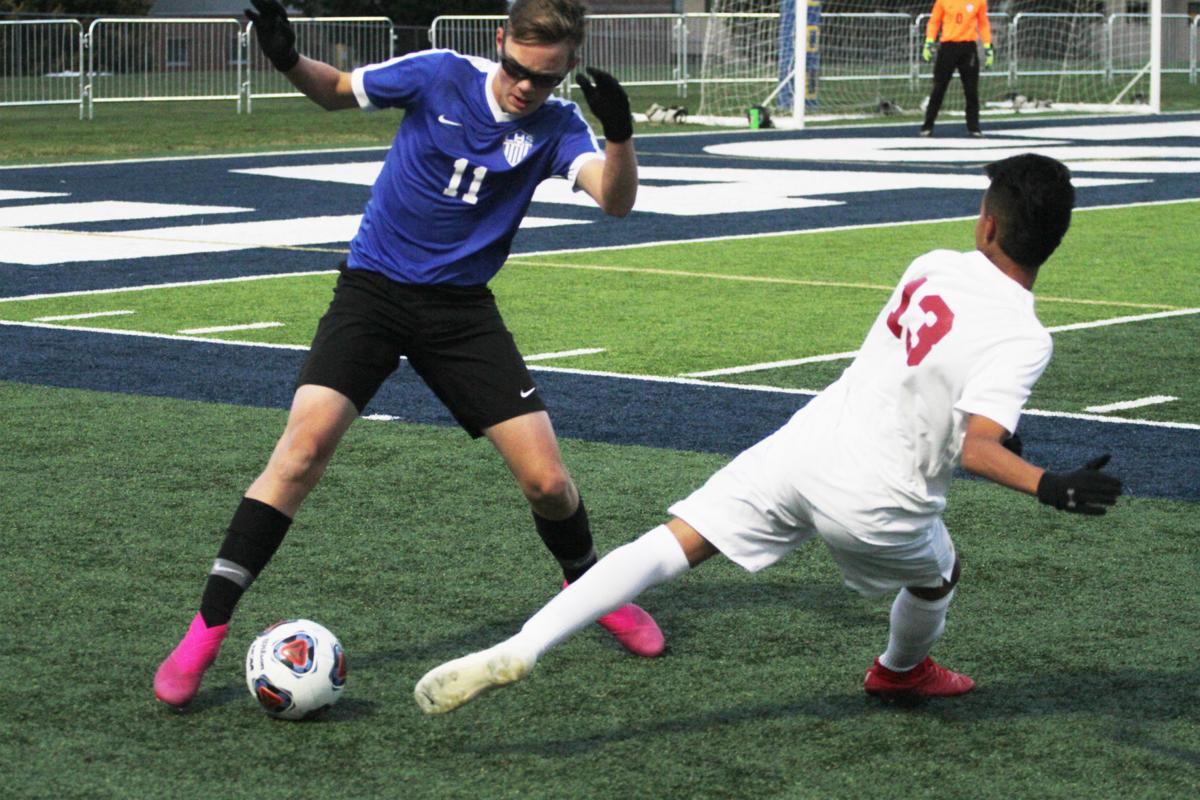 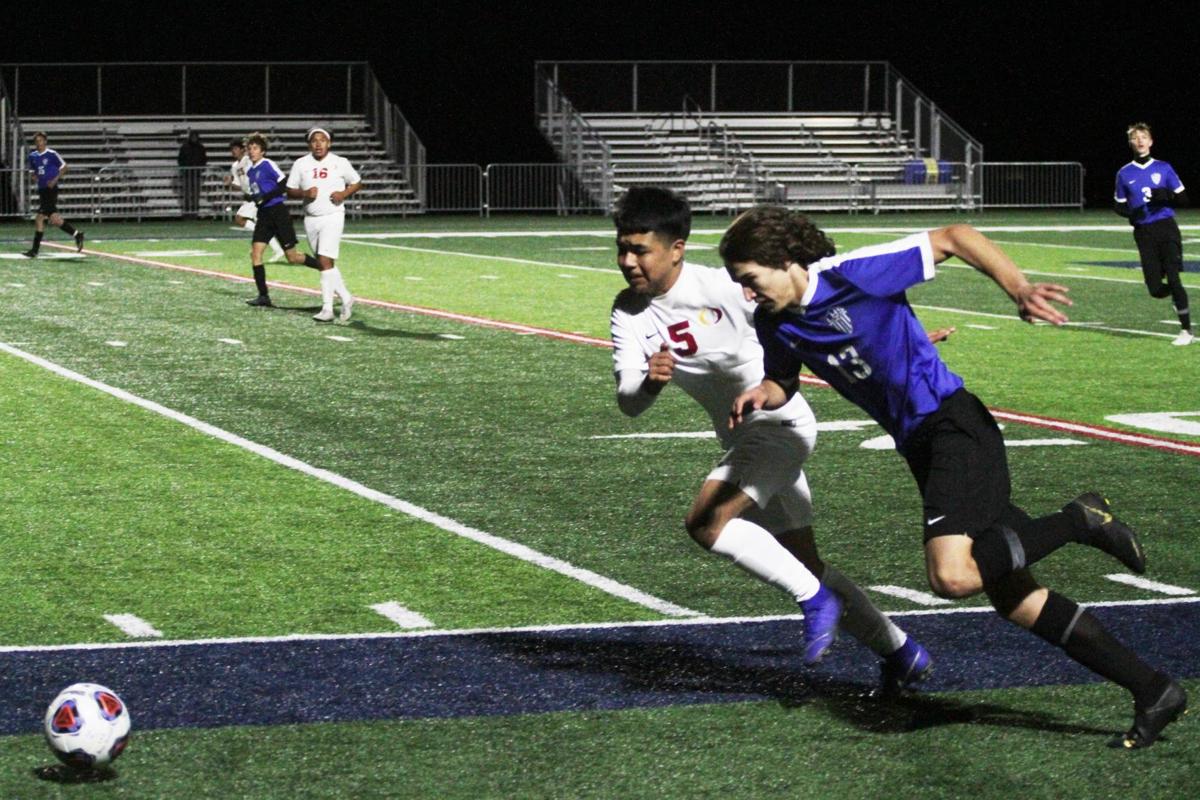 La Grande's Westin Blake plays a ball upfield during the first half of Wednesday's game against Ontario.

The Ontario Tigers spoiled La Grande’s senior night and took over first place in the Greater Oregon League in the process.

Marc Salas scored two second-half goals that proved to be the difference makers, and Ontario stopped La Grande, 3-1, Wednesday night in the battle of the top two teams in the GOL and two teams that entered near the top of the OSAA rankings.

“We came out lackadaisical,” head coach Sid Rangel said. “We weren’t connecting our passes. We weren’t playing the (brand of) soccer that we’re used to.”

La Grande entered as the No. 1 team in the OSAA 4A rankings, but was challenged all night by a fast Ontario team, ranked sixth coming in, that scored early, controlled possession much of the night and caught La Grande on a day it wasn’t well focused.

“Our heads weren’t in it, I feel like,” senior James Thurman said. “We were slow to respond, not going to the first balls as hard as they were. I think they were more motivated.”

Adrian Nunez scored the opening goal just seven minutes in to give Ontario an early lead. It was the first time La Grande had trailed since its second game of the season, though Rangel said the early deficit didn’t impact the team.

La Grande’s inability to connect passes — perhaps, the coach said, due to the team not being sharp mentally ­— was the bigger problem Wednesday. The Tigers struggled to find a flow on offense and saw most of their possessions stalled either by an errant pass or, at times, good play by the Ontario defense.

“We’ve been training hard, but the past couple of days I don’t know that it’s been there. Our level of complacency was so high that our intensity in practices (and) our intensity in terms of mental preparedness wasn’t there,” he said.

“We had a lot of individual errors all around the field. We just could not connect. Our chemistry was all messed up, and I think that all sprang from not being prepared,” he said.

La Grande, despite the struggles, stayed within a goal until the latter stages of the second half when Nunez scored his two goals 10 minutes apart to ultimately give Ontario an insurmountable lead.

Thurman assured La Grande wouldn’t be shut out by putting home a penalty kick in the final minutes, but it was the only shot attempt the Tigers put by Ontario keeper Jose Anguiano, who had two saves.

La Grande, in fact, only managed five shots on the night. Ontario, by contrast, had 18 shots and put 10 on goal.

The coach said, though, that the loss is something the team can use moving forward.

“There’s a lot of things we learn as a team. It’s just one little loss,” he said. “There’s the rest of the season (ahead).”

La Grande keeper Jacob Huntsman made six saves against the top-scoring team in Class 4A.