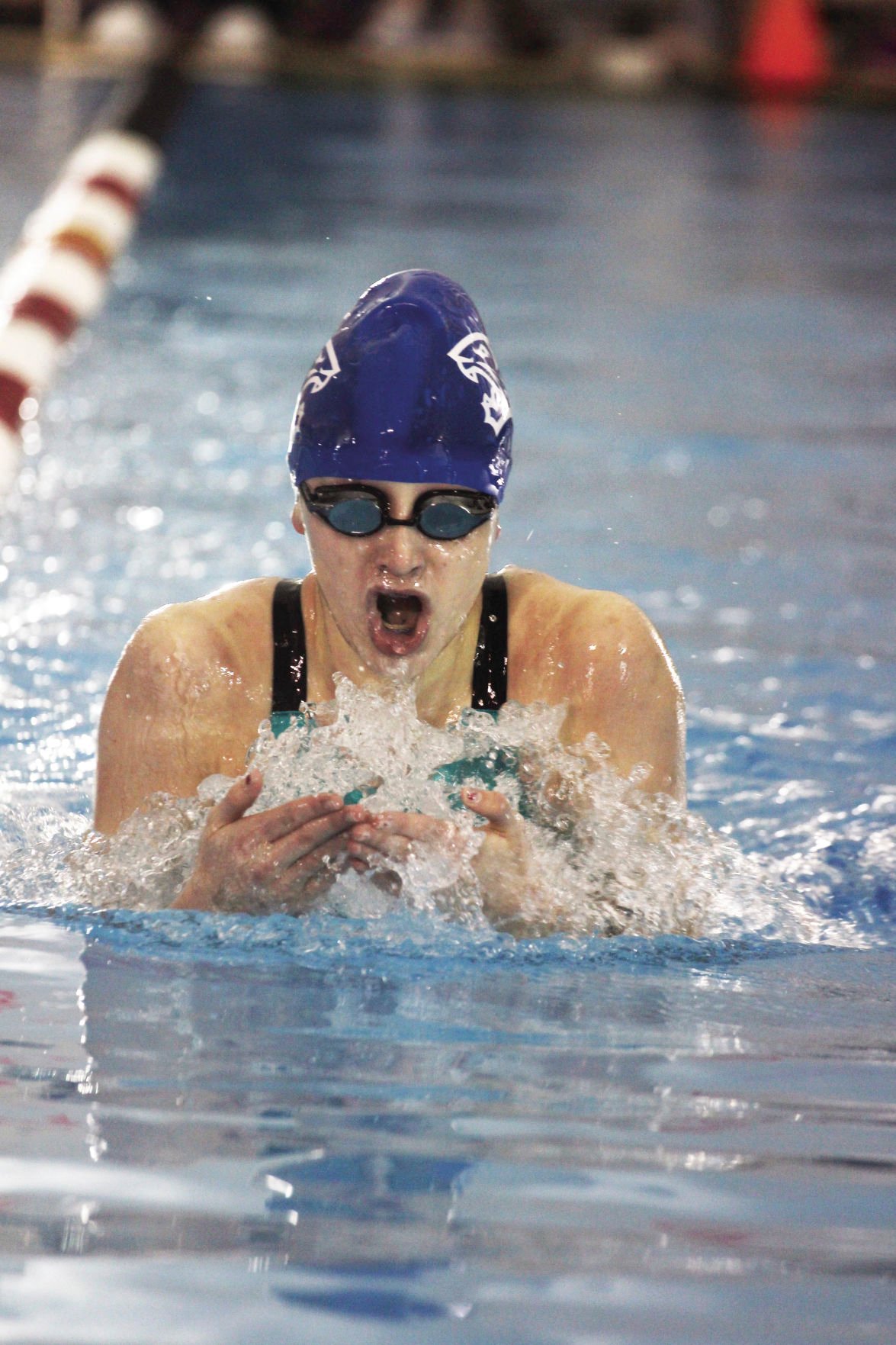 La Grande’s Riana Scott is shown competing during the 2017 state championship meet in Gresham. Scott has signed her letter of intent with Nebraska Omaha. 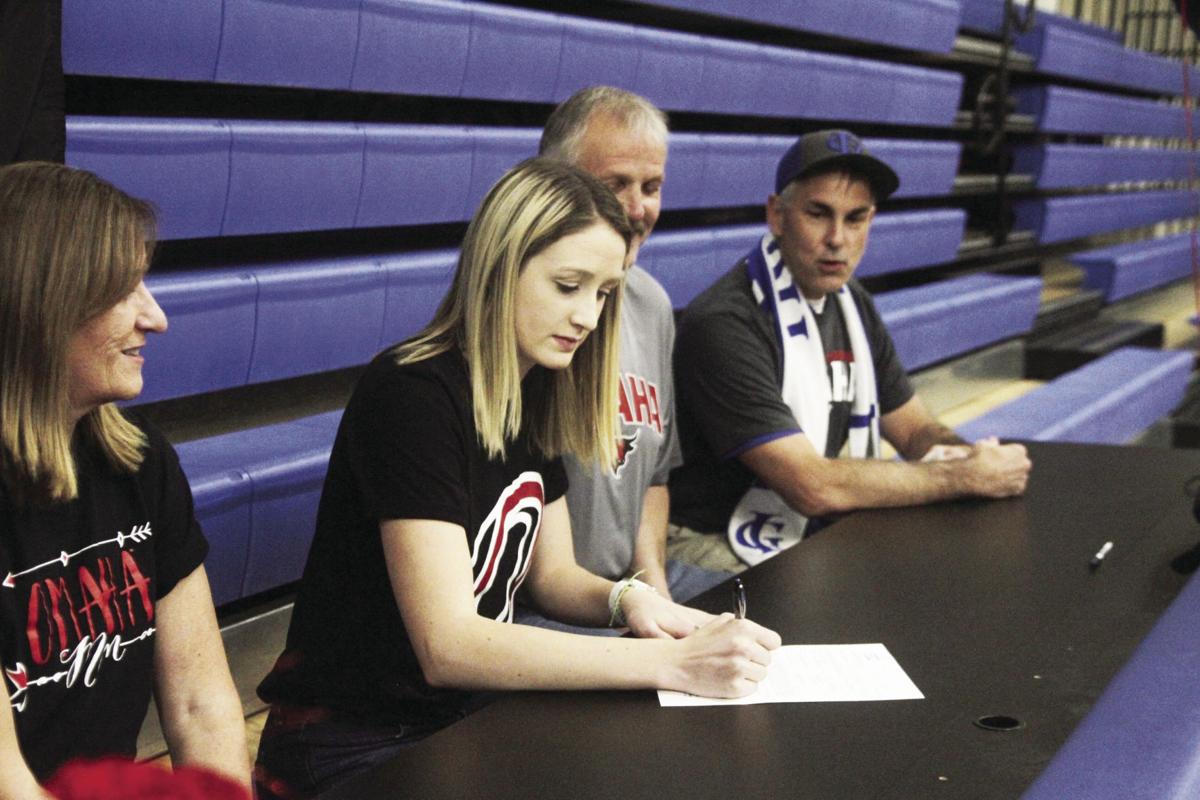 Riana Scott signed her letter of intent for the University of Nebraska Omaha during a ceremony Nov. 14.

La Grande’s Riana Scott is shown competing during the 2017 state championship meet in Gresham. Scott has signed her letter of intent with Nebraska Omaha.

Riana Scott signed her letter of intent for the University of Nebraska Omaha during a ceremony Nov. 14.

La Grande senior Riana Scott put in a lot of hard work — and, at one point, too much work — in her effort to rehabilitate a torn right ACL.

It's paid off, though. Scott, one of the staples of the LHS swim team during her prep career, last week signed her letter of intent to compete with Division I University of Nebraska Omaha.

“The coaches, I just loved them, it felt like home. It was one of those things where I just felt like I was here with no mountains. It felt right.”

Scott is at the tail end of a year-long process of recovering from the ACL injury, suffered during the 2018 volleyball season, that kept her out of the pool for almost the entirely of the 2018-19 swimming season.

Prior to that, she had been a force for the La Grande girls swim team. She's placed at the Class 4A/3A/2A/1A swim meet in all eight races she's taken part in: individually in the 200-yard individual medley (second in 2017, third in 2018) and the 100 backstroke (second, fourth), and as a member of both the 200 medley relay (second, fourth) and the 200 freestyle relay (fourth both years).

Scott had total reconstruction surgery to repair the ligament in November, then dove right into the rehabilitation process.

“There was about six months of physical therapy twice a week, and then after that it was swimming, easing back into it. I didn't swim 100% until the end of August,” she said.

Scott did manage to compete — though only at 10% effort — in La Grande’s district swim meet in February.

She said, though, that she was pushing herself to the point that she was told to get out of the pool during the middle of the process.

“I was so focused on getting back for my team and I didn’t think about what I needed to do for myself. The hardest thing is I was pushing way too hard,” she said. “My physical therapist actually told me to stop. There was a time where I was not allowed to do anything.”

LHS head swim coach Darren Dutto called Scott a competitor, and agreed that her perhaps over-exerting herself in an effort to get back to 100% is evidence of that.

Scott has since not only been able to get back in the pool, but is now back swimming at a maximum effort.

Nebraska Omaha took a chance on her in spite of that, offering her a spot on the team the spring. She verbally committed to the program in June, and officially signed her letter of intent Nov. 14.

“For me I was really nervous about telling them (about the injury), but it was a really positive discussion,” she said. “They were super encouraging, super positive. They just wanted me to work my hardest to get back. They had full faith in me. They didn't think wasn't going to get back to where I was.”

Scott admitted she doesn’t feel like she is back to 100% in the pool, but is hoping by midseason to be back at full form.

Dutto said Nebraska-Omaha is getting a versatile swimmer who can perform all the swimming strokes and swim a variety of distances.

“She swims the individual medley which involves all four strokes and does good in all four,” he said. “She's got a good distance repertoire. She can swim the 200 or 100. She could really do well in the individual backstroke, breaststroke and freestyle events. That's something teams covet.”

As for where she is in her recovery process, Dutto said. “There’s a night and day difference from where she was at the end of the last high school season (to now).”