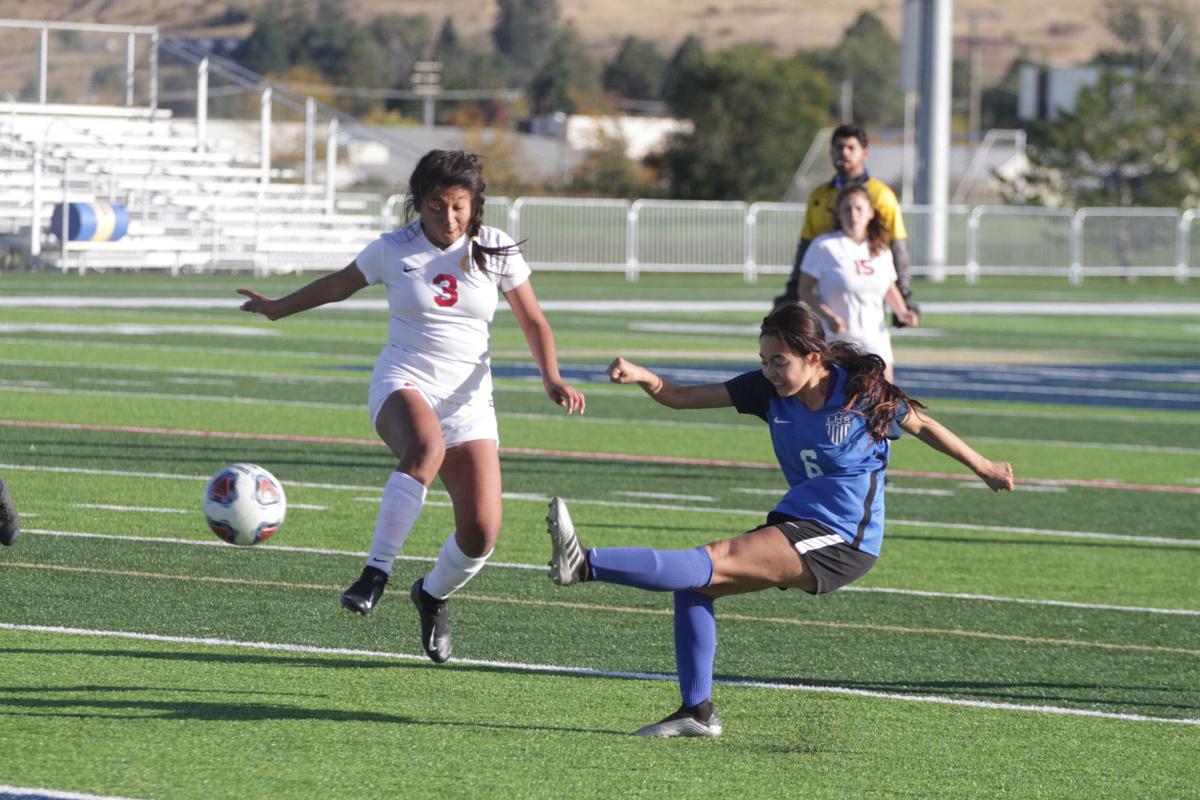 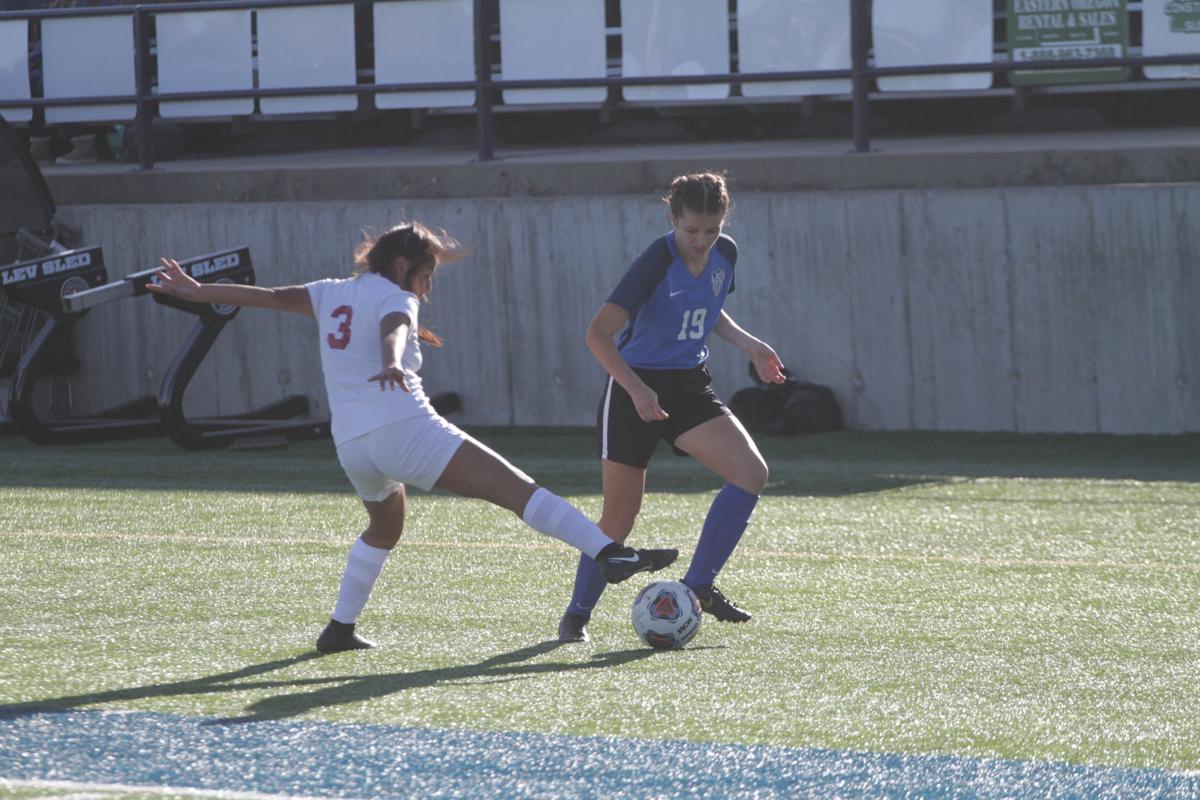 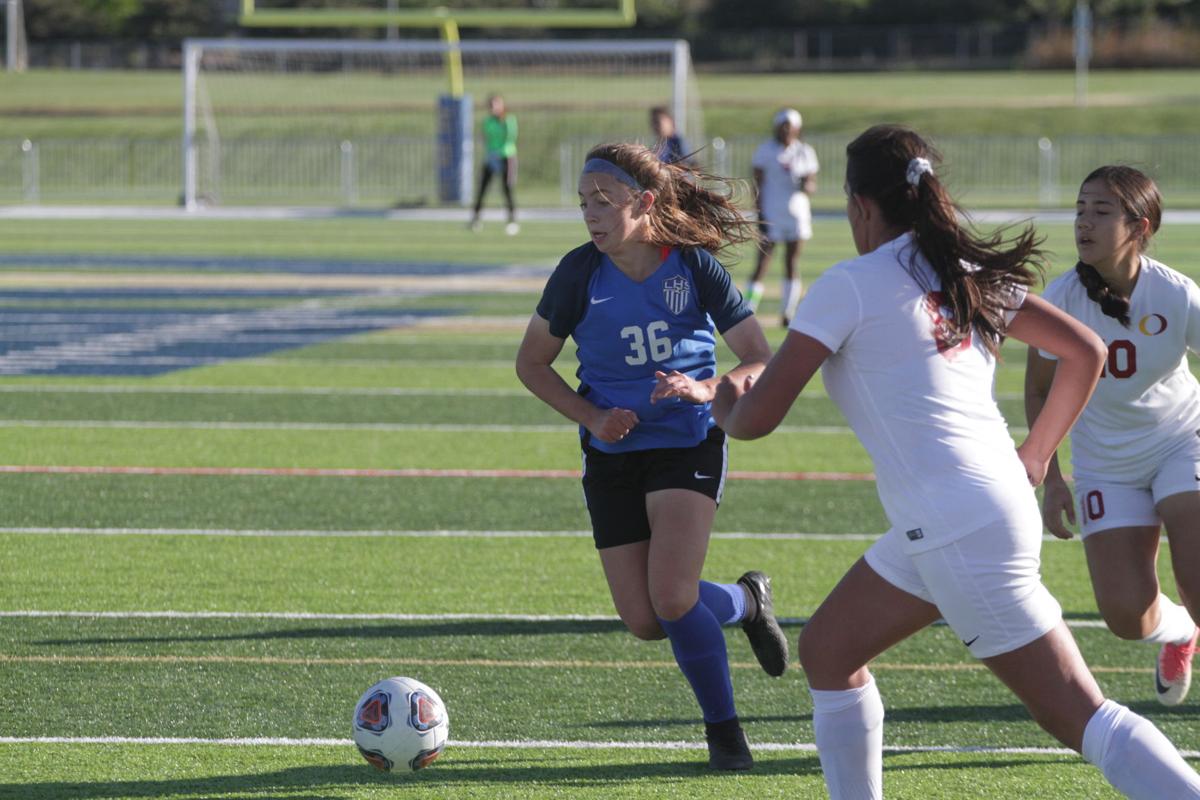 La Grande's Audrey Garlitz had a hat trick and added two assists in the Tigers' win over Ontario Wednesday. 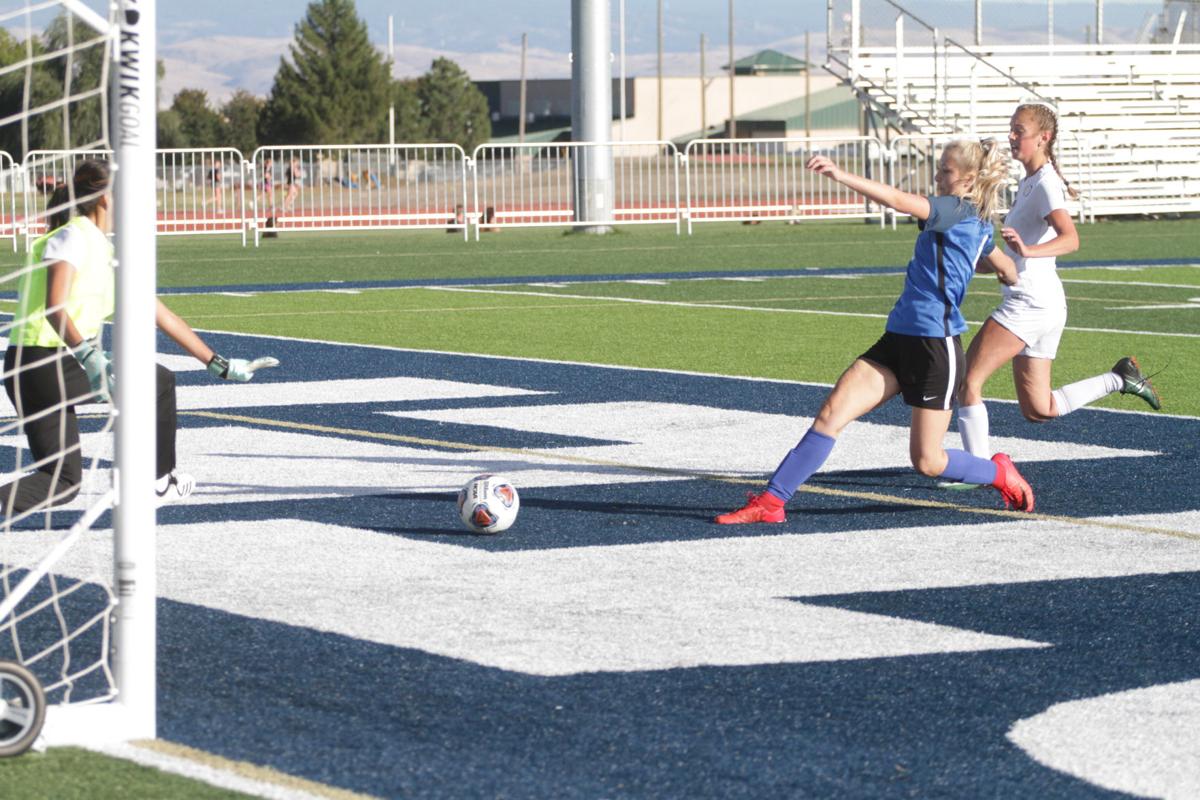 La Grande's Starra Ullman scores one of her two goals for the Tigers Wednesday. 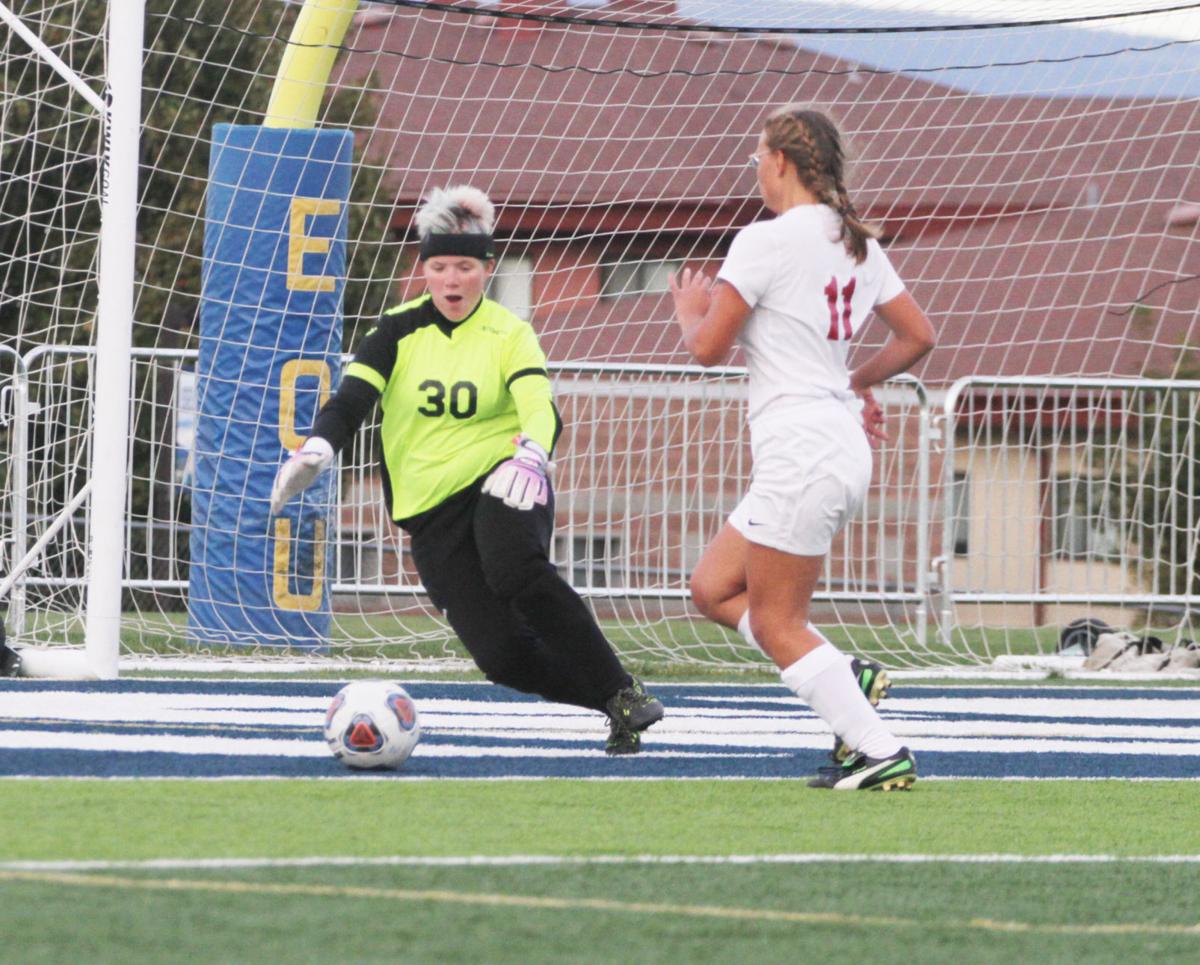 La Grande's Audrey Garlitz had a hat trick and added two assists in the Tigers' win over Ontario Wednesday.

La Grande's Starra Ullman scores one of her two goals for the Tigers Wednesday.

The La Grande Tigers completed the ultimate perfect home slate in the 2019 regular season — undefeated and no goals allowed.

And they did it as they have done with each victory this fall — dominating fashion and multiple goal scorers.

Audrey Garlitz and Cecelia Aguilera both recorded hat tricks, Starra Ullman scored twice, and the Tigers crushed Ontario, 9-0, Wednesday in a matchup of the top two teams in the Greater Oregon League.

“We came in aware of how they had played, who they played against and how they had done,” head coach Sam Brown said. “Heightened awareness, I suppose, would be a good way to put it. Not taking anything for granted. Let’s go play our game (and) bring it to them.”

Aguilera said the team was prepared for Ontario, and that the players knew they would have to show up and have a strong outing.

“We knew this was probably going to be one of the toughest games we have for league, so we knew we couldn’t come out with a mindset of, ‘Oh, we have it (won),’” she said.

The win put La Grande in sole possession of first place and moved the Tigers closer to a ninth consecutive GOL title. It was also the Tigers’ sixth consecutive shutout, seventh on the season, and sixth in six home games. In fact, it is La Grande’s 13th straight shutout in regular season home games dating back to the 2017 season. During that run, La Grande has outscored its opponents 65-0.

It’s a fact that can be attributed to the play of the defense and La Grande’s high-possession scheme, Brown said.

“We don’t want to give them the ball, ever. It’s hard to score when you don’t have the ball,” he said.

La Grande needed only six minutes to get on the board when Garlitz scored on a long shot off a turnover, then scored five times in 10 minutes to turn what on paper figured to be a tighter battle than La Grande had faced lately into a blowout.

Garlitz scored in the 20th, found Ullman and Aguilera for goals in the 25th and 27th, then completed her hat trick a minute later.

“She had a goal for herself today to assist a few,” Brown said of Garlitz. “We call it buttering somebody else’s bread.”

Ullman then dribbled in and scored her second goal in the 30th, and Katie Williams added a goal in the 35th to push the margin to 7-0 at the half.

Aguilera scored on a pair of breakaways early in the second half for the final margin.

“We all try to pass the ball and give the player who’s open the best opportunity to score, and that’s what made our team work,” Aguilera said of the team’s balance on offense. “We pass a lot and we’re not just dribbling by ourselves.”

La Grande’s offense was perhaps the most efficient it had been all season, with its nine goals coming on 15 shots on goal.

The defense, while pressured a bit more than in recent contests, still produced a clean slate, with both Alexyss Chamberlain getting a save and Brenna Strand tallying two saves.

The Tigers (7-1 overall, 3-0 GOL) begin a series of five road games Saturday against 5A Corvallis, and likely won’t play on the home pitch again until a first-round playoff game Nov. 5.

“I thought all around it was a strong match. We’re looking forward to Saturday’s game against Corvallis,” Brown said. “Didn’t want to overlook Ontario by any stretch of the imagination, but now we can look ahead to Corvallis.”