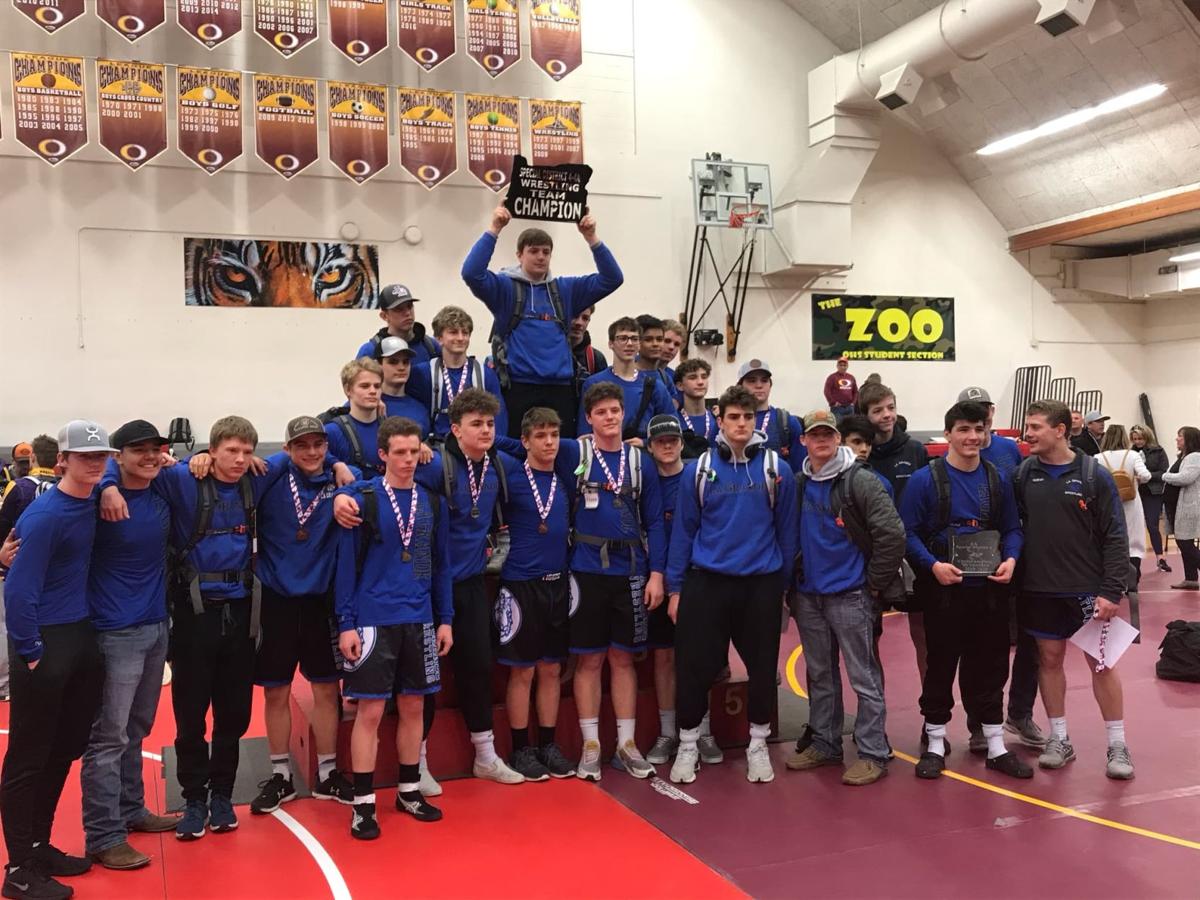 The La Grande wrestling team scored more than 500 points and had 11 district champions at the 4A Special District 4 tournament. 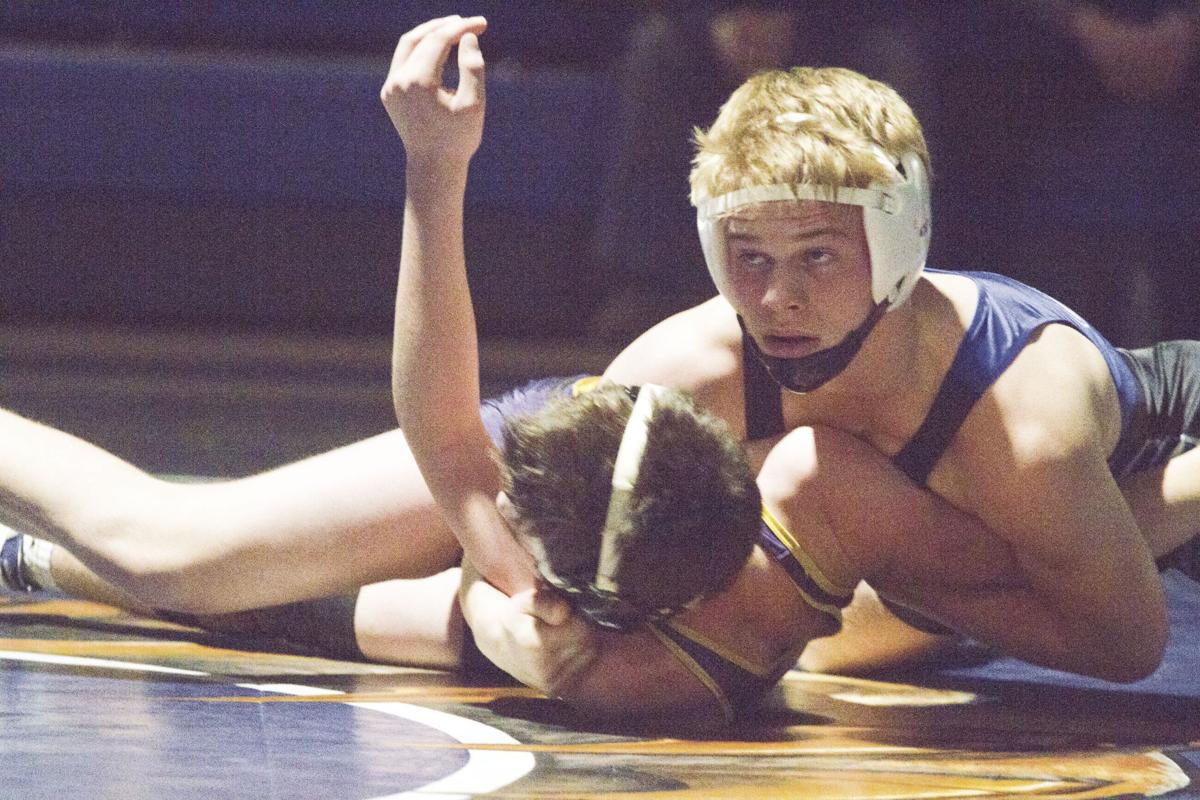 La Grande's Braden Carson, shown earlier this season, was one of 11 Tigers to win a district title Saturday in Ontario.

The La Grande wrestling team scored more than 500 points and had 11 district champions at the 4A Special District 4 tournament.

La Grande's Braden Carson, shown earlier this season, was one of 11 Tigers to win a district title Saturday in Ontario.

Those were the totals compiled by the top-ranked La Grande wrestling team Friday and Saturday as the Tigers put on yet another show of domination, this time at the 4A Special District 4 wrestling tournament in Ontario.

“I’m not sure there's ever been a team (with) 11 district champions,” LHS head coach Klel Carson said. “It was a great weekend by everybody. It was a really good team effort. The freshmen, everybody really stepped up and wrestled for their teammates.”

LHS finished with a total of 503.5 points as it easily won the team title, scoring close to 300 points more than runner-up Baker, which had 218 points.

La Grande won all but three of the weight classes and had at least a third-place finisher and state qualifier in the three weight classes it didn’t win. Top four finishers in each weight class earned a spot to state.

“It was a huge team effort — what do you say?” Carson said, noting the challenge of addressing all the success the team had. “We basically did a dual meet against our region and won all but three matches.”

Here’s a rundown of that success:

Brysen Penaloza won both his matches to take the crown at 106 pounds, defeating Ontario’s Froylan Santiago by a 13-4 major decision in the final.

The 113 champion was Joshua Collins, who pinned both his opponents, and needed just 1:23 to top Baker’s Caleb Shaw in the championship.

At 120, Dominick Caratello won four matches by fall, and pinned Baker’s Gavin Stone midway through the second round of the final to claim his district title.

Braden Carson was nearly as dominant at 126, pinning three opponents to reach the title match and there defeating Baker’s Johnny Niehaus by a 16-1 technical fall.

Cole Isaacson won the 132 championship by going 3-0 and edged Ontario’s Ruben Hernandez by a 14-10 decision in the tournament’s highest-scoring final, battling back from a 10-1 deficit earlier in the match to earn the win.

Perhaps the best championship match was won by Braxton Bisenius at 145, who needed extra mat time to secure a 3-1 sudden victory over Jake Eskew of Baker.

Parker Robinson had no issues at 170, as the defending state champion had three first-round pins to reach the final, where he earned an 8-0 major decision over Reece White of Madras.

Nathan Reed and Christopher Woodworth both eked out titles in the closest matches of the finals. Reed edged Baker’s Hon Rushton 4-3 at 182, and Woodworth, the defending state champion at 195, slipped by Madras’ Kody Zemke 3-2. Reed and Woodworth both won two matches by fall to reach the championship.

Spencer Gerst took the 220 title, needing just 53 seconds to pin two opponents to reach the final, then taking first over teammate Lincoln Clark by forfeit. Clark, who placed second, won his only contended match by fall.

Gabe Shukle rounded out the championships for LHS going 4-0 with two pins and a win by injury default over Sisters’ Damien King in the final.

Casey Cornford placed fourth at 170 to also claim a state berth, going 3-2 and winning the fourth-place match against Amin Qouchbane of Corbett by fall to earn his state bid.

The Tigers will be among the favorites to contend for a state title Friday and Saturday when they head to the 4A state wrestling tournament in Portland.

"It should be a lot of fun this weekend,” Klel Carson said. “(If) the kids continue to work hard, stay healthy, we’re in a good spot.”