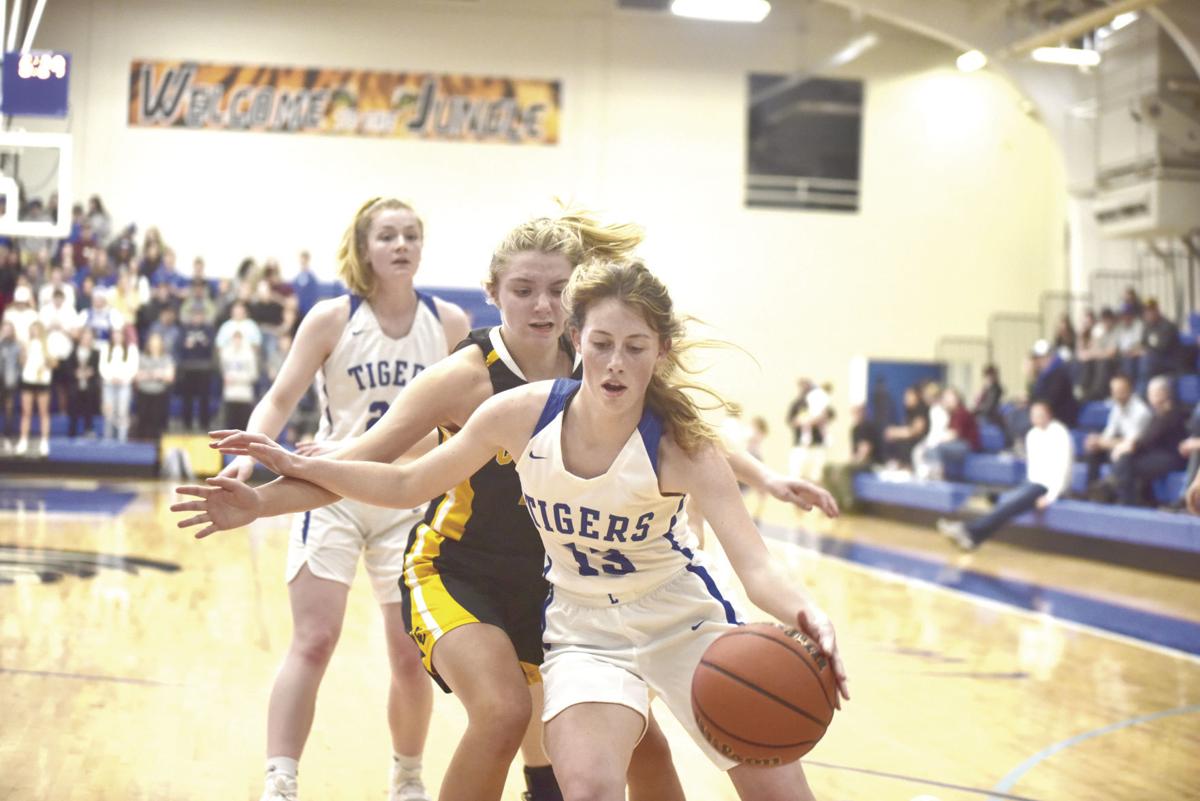 La Grande's Alexyss Chamberlain drives during Friday's playoff win over Cascade. The Tigers meet Astoria in the quarterfinals of the 4A state tournament Thursday in Forest Grove. 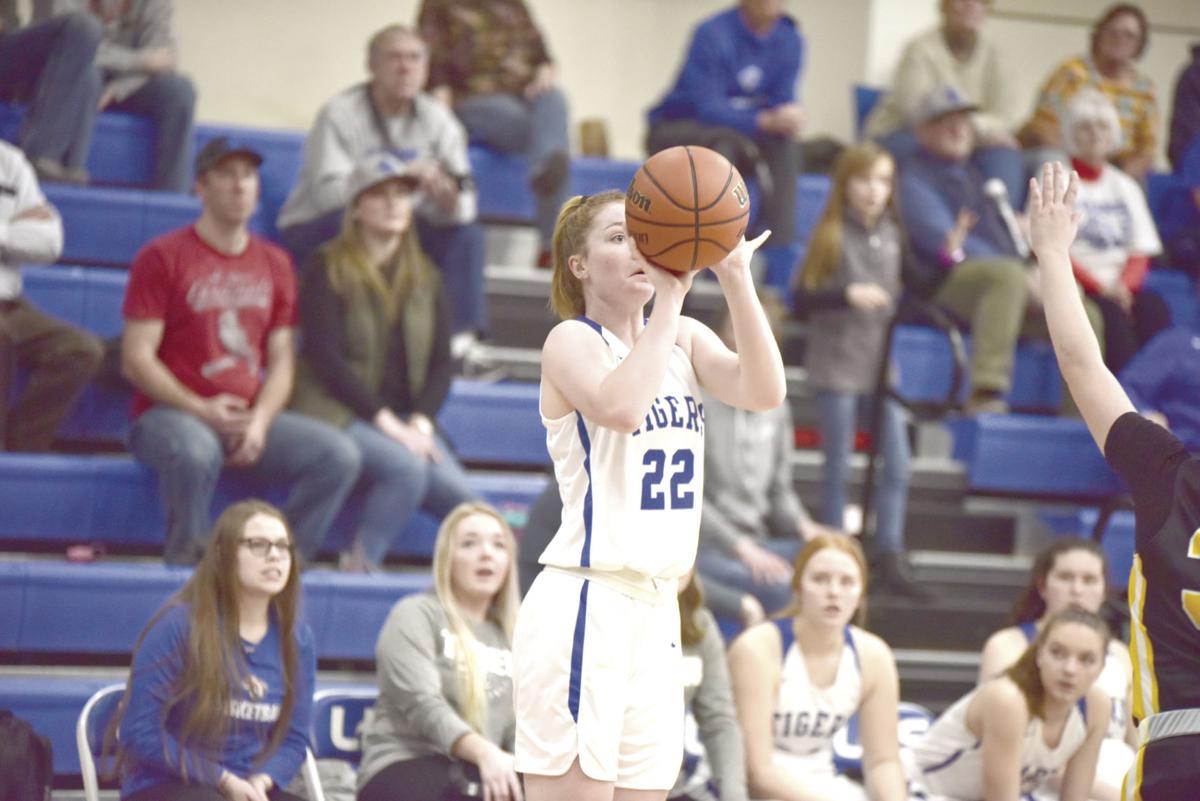 La Grande High School's Grace Neer had 10 points off the bench in the Tigers' win Friday over Cascade. La Grande head coach Brian Wright said the team will need more bench production like that to fare well at the state tournament, which begins Thursday in Forest Grove. 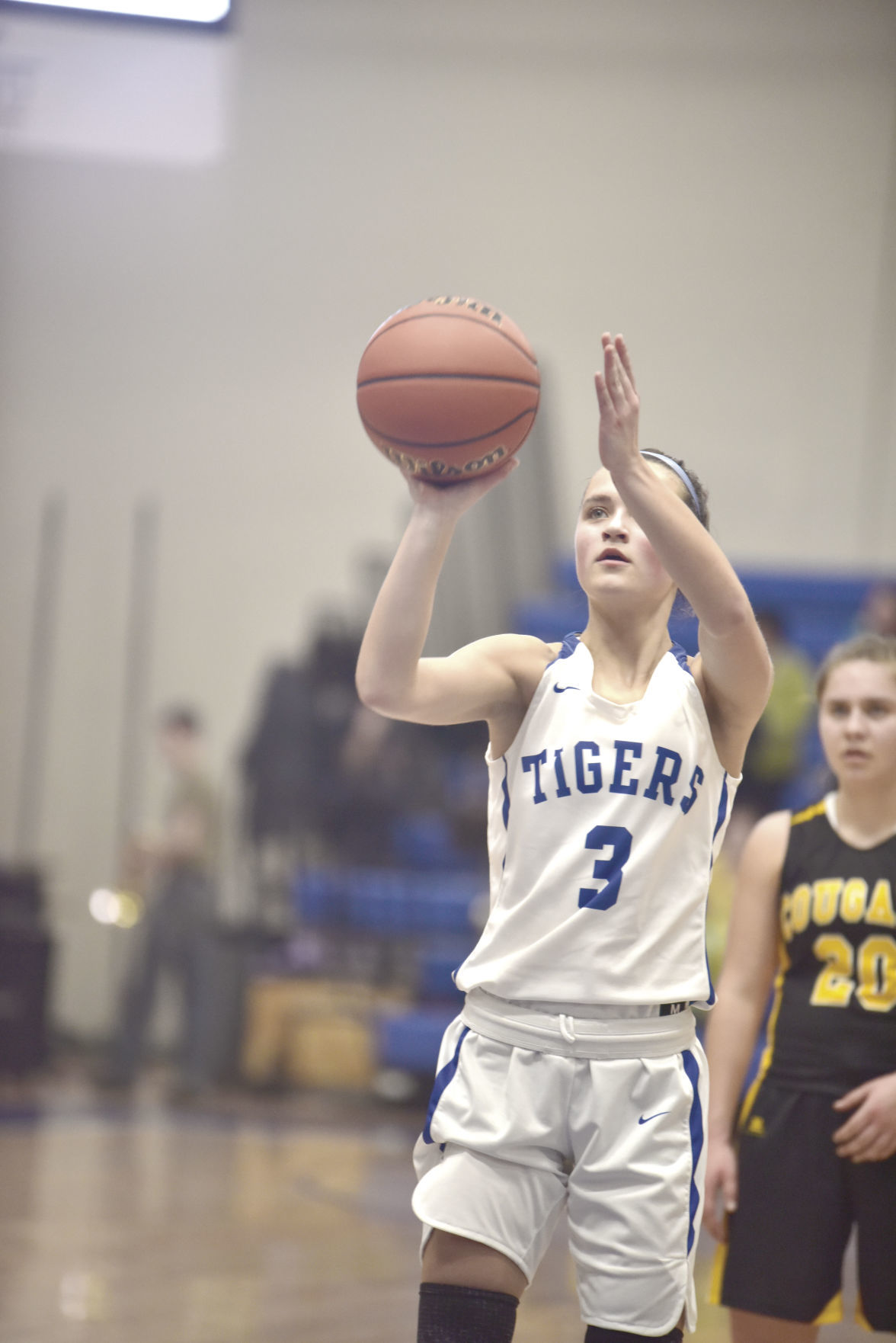 La Grande High School's Grace Neer had 10 points off the bench in the Tigers' win Friday over Cascade. La Grande head coach Brian Wright said the team will need more bench production like that to fare well at the state tournament, which begins Thursday in Forest Grove.

LA GRANDE — How the La Grande girls basketball team handles the nerves of being in the state tournament may well dictate how the Tigers fare Thursday when they take the court in the 4A state quarterfinals in Forest Grove.

The Tigers, fresh off Friday's 52-46 home playoff win over Cascade, will take the court in La Grande's first state tournament game since 2016 against Astoria, which rolled over Junction City in a dominant 73-34 victory to secure its state tournament spot.

"None of those kids have played in the tournament," head coach Brian Wright said. "Are we relaxed? If so, we'll be OK."

In Friday's win over the Cougars, Ella Dunlap turned in one of her best games in a Tiger uniform with 27 points and nine rebounds.

The key, though, for La Grande (18-7) to have success at state — and against the Fishermen (22-3) — won't necessarily be from just a big game from Dunlap or from point guard Camryn Collman, but in what the Tigers get from their role players and their bench.

"We had those three players come off the bench and score 17 points," Wright said. "In order to be successful we're going to have to have those kind of things. We're not going to win this tournament on one player. We need everyone ready to play. We need energy off the bench."

Astoria, which won the Cowapa League, and 12 of its last 13 games, has several players who can step up and score, according to Wright.

"We have six game films, and there isn't one individual they have that really stands out," Wright said.

According to The Astorian newspaper, Halle Helmersen had 26 points in the win over Junction City in a game that saw the her shoot 9-for-24 from 3-point range and just under 50% overall for the game. Also in double figures in that win were Brooklynn Hankwitz (16 points) and Kelsey Fausett (12) points.

Wright said the Tigers will start in a man-to-man defense — their primary defense this season as they've allowed 38.6 points per game — to try to counter the Astoria offense, which enters averaging 56.8 points per game, but he would not be opposed to switching to a zone.

"We worked on a matchup zone some the last month," he said. "If we have to make some adjustments and show some 1-3-1, we'll do that."

La Grande's offense, which has averaged 52.6 points per game, will be working against a 1-2-1-1 full-court press that Wright said he expects Astoria will run "the whole game," and he noted that is how Astoria generates most of its own offense.

"They normally get the majority of their points off of turnovers," he said.

Wright said as long as the Tigers can handle the pressure and get into their half-court sets — where they would likely see a 2-3 or a 3-2 zone — they'll have a good shot.

The winner of the 3:15 matchup Thursday afternoon will play the winner of the early game, which could be Philomath, the top-ranked team in the state. Astoria actually held a double-digit fourth quarter lead on Philomath when the teams played previously this season, but the Warriors stormed back late for a 51-50 win.

The semifinal game Friday will be played at 1:30 p.m. The championship game is set for Saturday at 5:45 p.m.

"Our goal as a team is we want to play on Saturday," Wright said. "If you're playing on Saturday, you have a really successful season."