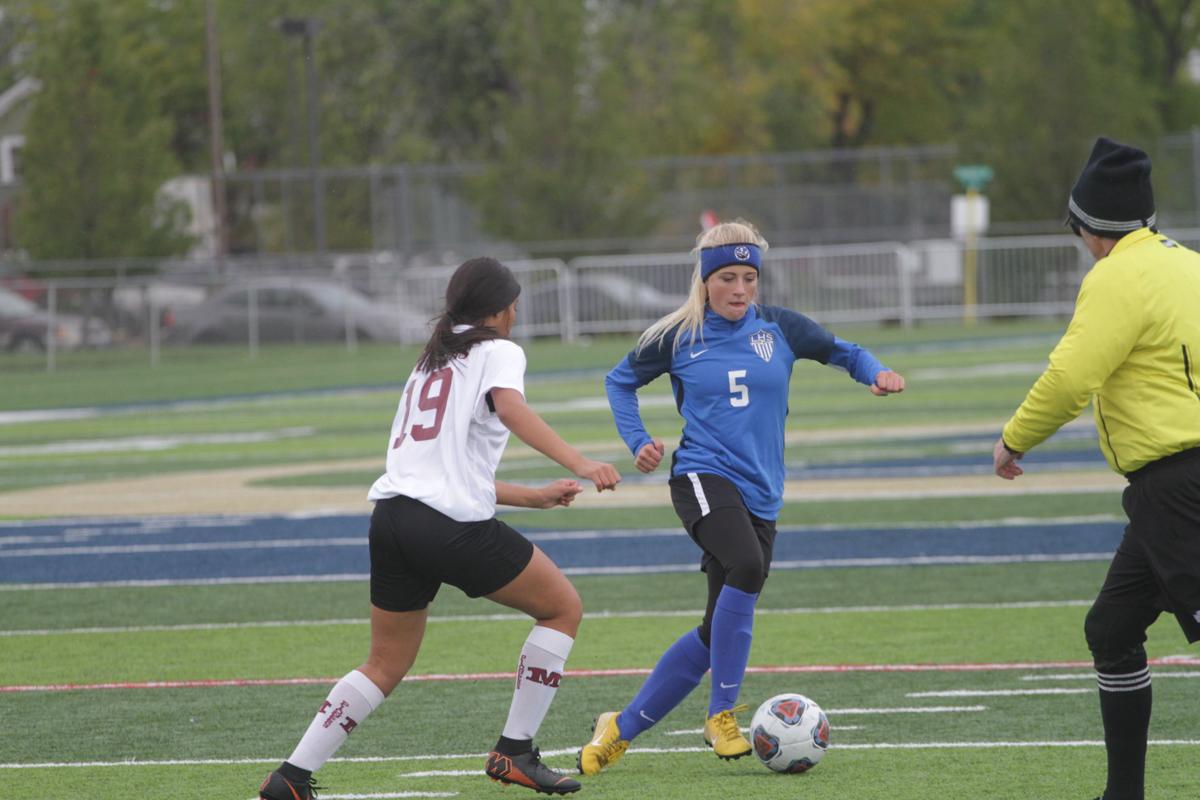 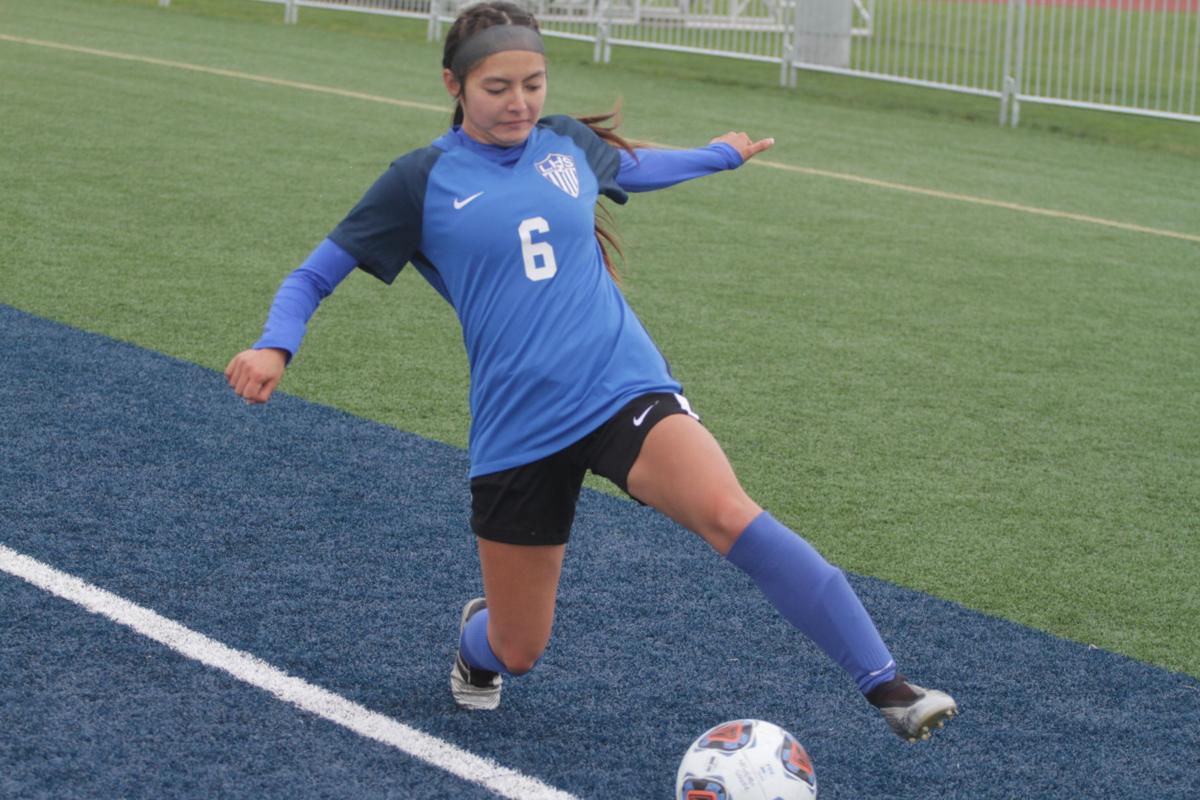 La Grande's Cecelia Aguilera tracks down the ball deep in the Tigers' attack zone during a match against McLoughlin Saturday. 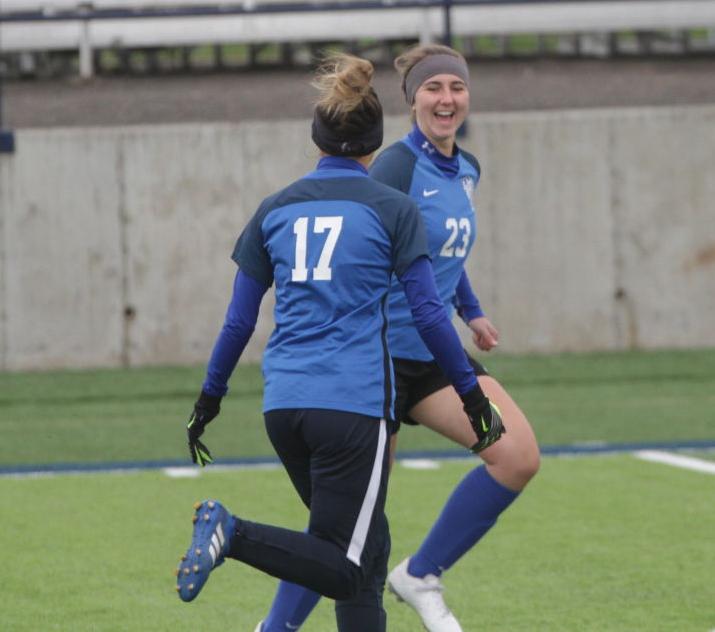 La Grande's Josie Bornstedt, right, and Grace Perry celebrate after a goal scored by Bornstedt during the first half of Saturday's 5-0 win over McLoughlin. 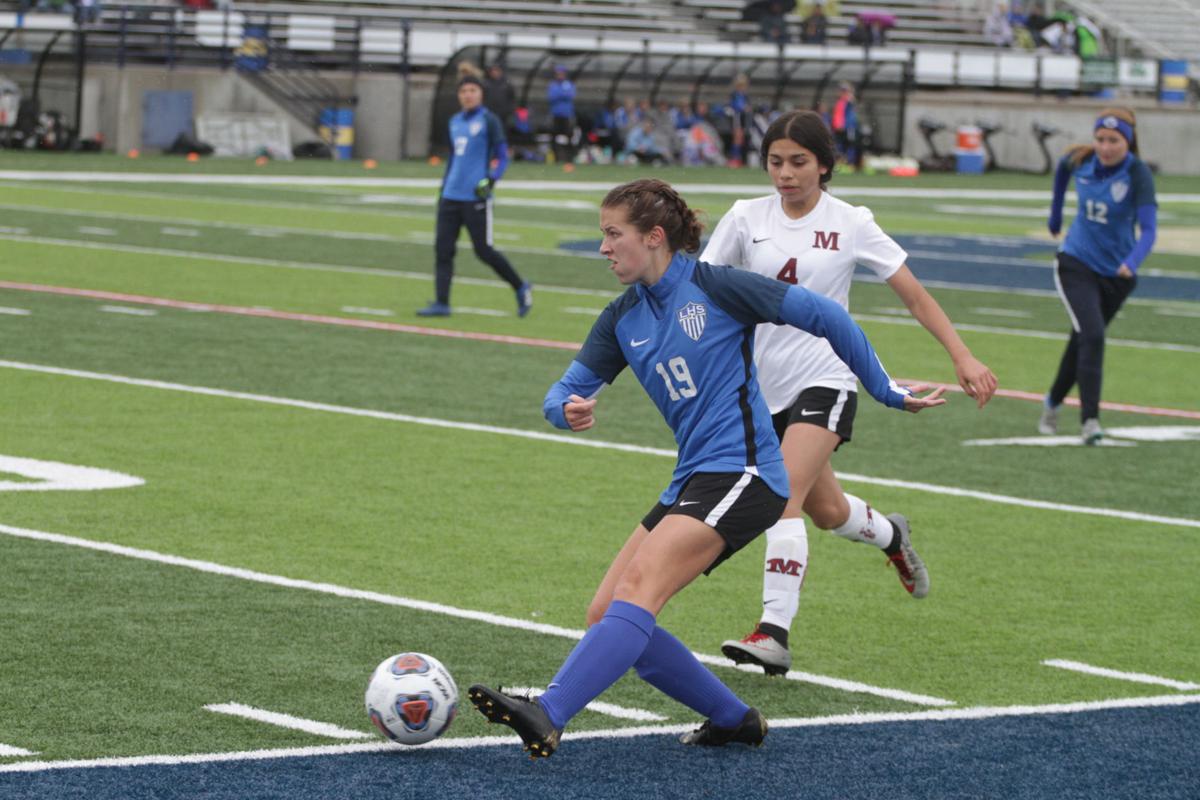 La Grande's Bethany Brock passes a ball into a teammate during Saturday's game against McLoughlin.

La Grande's Cecelia Aguilera tracks down the ball deep in the Tigers' attack zone during a match against McLoughlin Saturday.

La Grande's Josie Bornstedt, right, and Grace Perry celebrate after a goal scored by Bornstedt during the first half of Saturday's 5-0 win over McLoughlin.

La Grande's Bethany Brock passes a ball into a teammate during Saturday's game against McLoughlin.

Mac-Hi, knowing La Grande has a powerful offense, loaded the defensive end of the field in an effort to clog passing lanes and slow down the Tigers.

“I know La Grande has an awesome passing game, so we went with a more defensive strategy,” Mac-Hi head coach Martin Martinez said. “We held them the first 20 minutes, hoping they would get frustrated and then we could get loose on their defense and we could get a long ball, and one of our fast girls could get it and score. But Sam (Brown) is a good coach. He adjusted to it right away.”

Eventually, La Grande broke through, and two goals by Audrey Garlitz midway through the first half got the Tigers’ offense rolling as they went on to a 5-0 win at Community Stadium.

“They played with five in the back, which is way more difficult to find passing angles and through balls,” La Grande’s Lauran Rinker said. “But once we figured that out, we got in the groove of passing around them.”

The Tigers, who are averaging 6.4 goals per game, were stymied early by Mac-Hi’s formation. Head coach Sam Brown, though, said the key was to just wait and let the offense come.

“Patience,” he said. “Patience and not feeling like you have to score 1,000 goals. They’ll get it. It’ll come. It did, and once it did, we were able to follow up (with more goals).”

Garlitz broke through in the 19th minute, then dribbled in for a second goal in the 26th to put La Grande ahead 2-0.

“She’s got a desire to find that goal whenever she’s in,” Brown said of Garlitz. “It’s not pass first. It’s ‘Can I shoot now, and if not, then I’ll pass.’ She’s an attacker.”

Two more goals — one from Josie Bornstedt and one from Katie Perry — doubled the lead to 4-0 at the half, and Starra Ullman added a goal early in the second half for the final margin.

Rinker said having as many players as they do who can score has added trust within the team.

“We have struggled in the past with scoring (but now we have) confidence going into the game knowing we can score against any goalie and any defense,” she said.

The Tigers, as they have done most of the season, dominated possession and were aggressive, attempting 22 shots and putting 15 of them on goal.

Mac-Hi’s Jacky Hernandez, who was moved from defender to goalkeeper late, made 10 saves to keep the Pioneers around.

“It’s definitely not my favorite spots, but if it comes down to it, I’ll do it,” Hernandez said. “I’m pretty proud of (the team). We’ve been having a rough season. That’s probably the best they’ve shown me. Overall, we did fine. We obviously need to fix a couple of things.”

La Grande (6-1 overall, 2-0 GOL) faces Ontario Wednesday in its regular season home finale. The winner will take over sole possession of first place in the league.