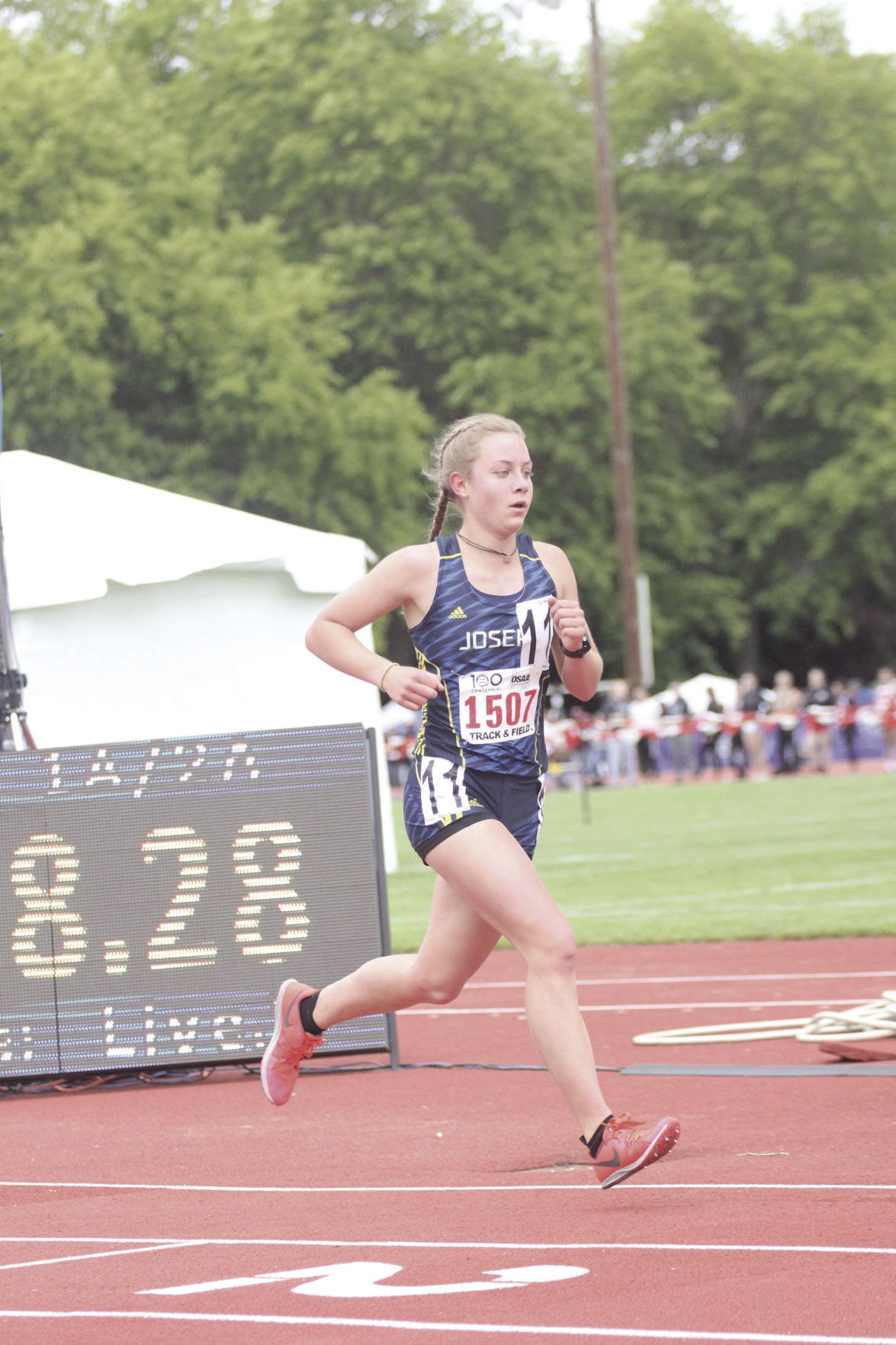 Joseph senior Ellyse Tingelstad, shown in the 1A girls 3,000 championship race last spring, has signed to run for College of Idaho. 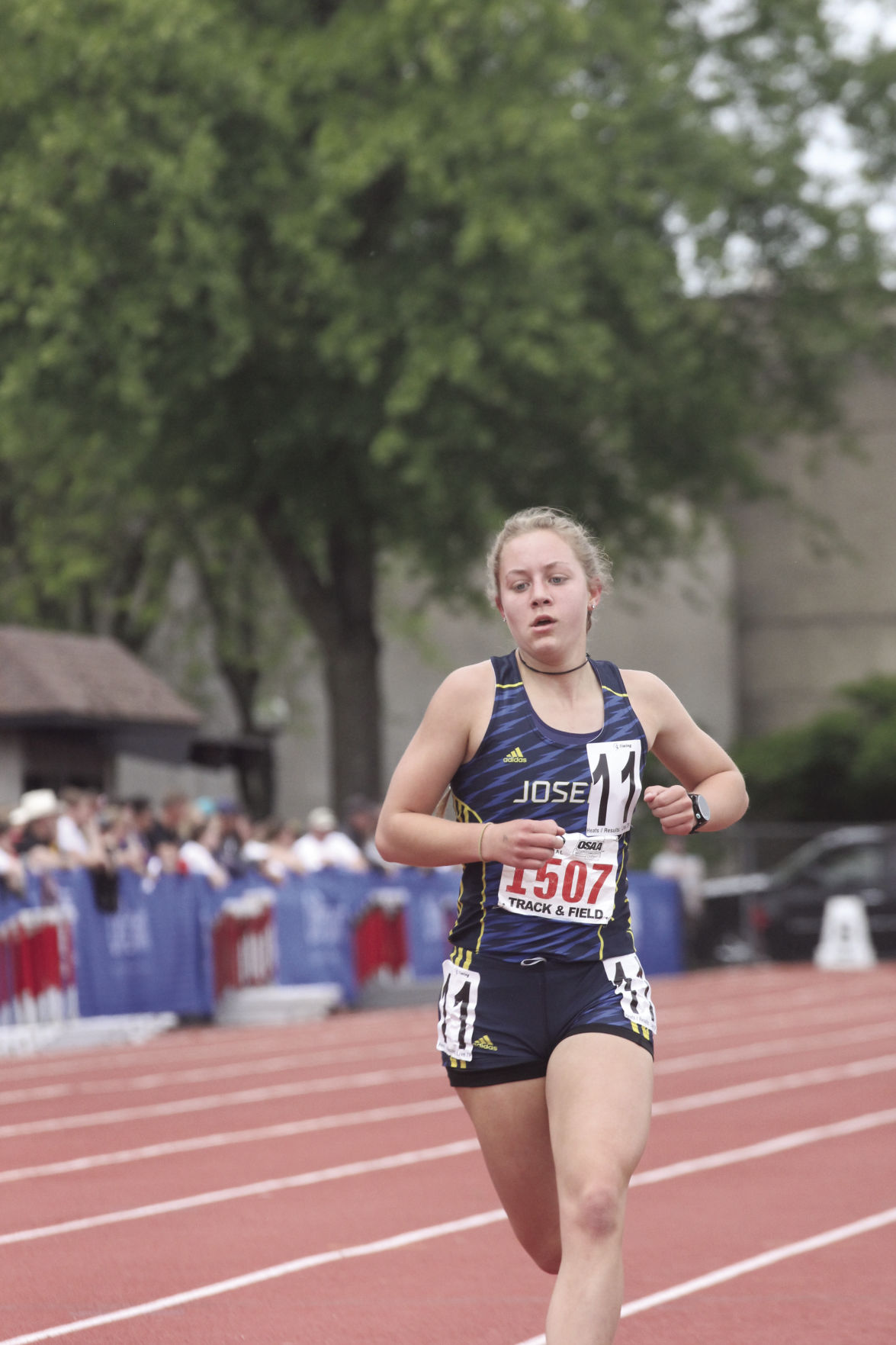 Joseph’s Ellyse Tingelstad is shown in the 1A girls 1,500 championship last spring. She won both the 1,500 and 3,000 state title races two years in a row and is set to compete for College of Idaho next year. 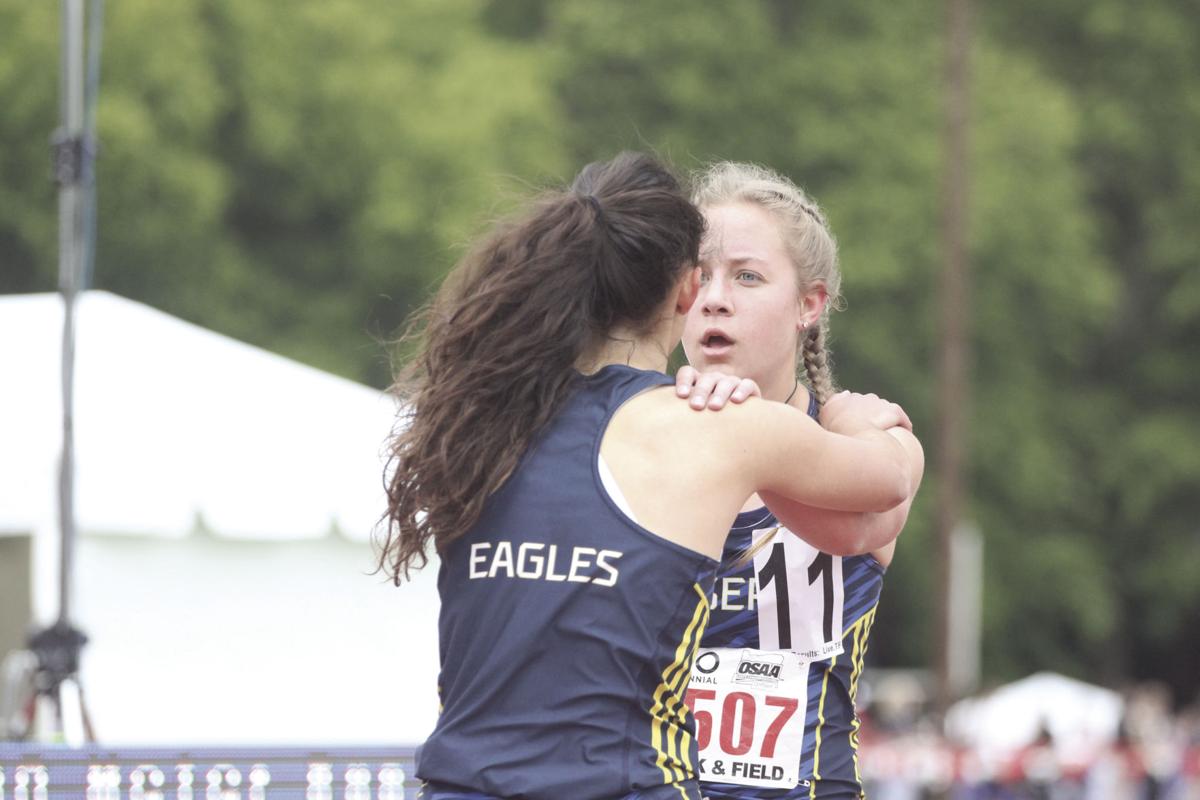 Ellyse Tingelstad, right, and Ella Coughlan are shown after they went 1-2 in the 1A girls 3,000 championship last spring. 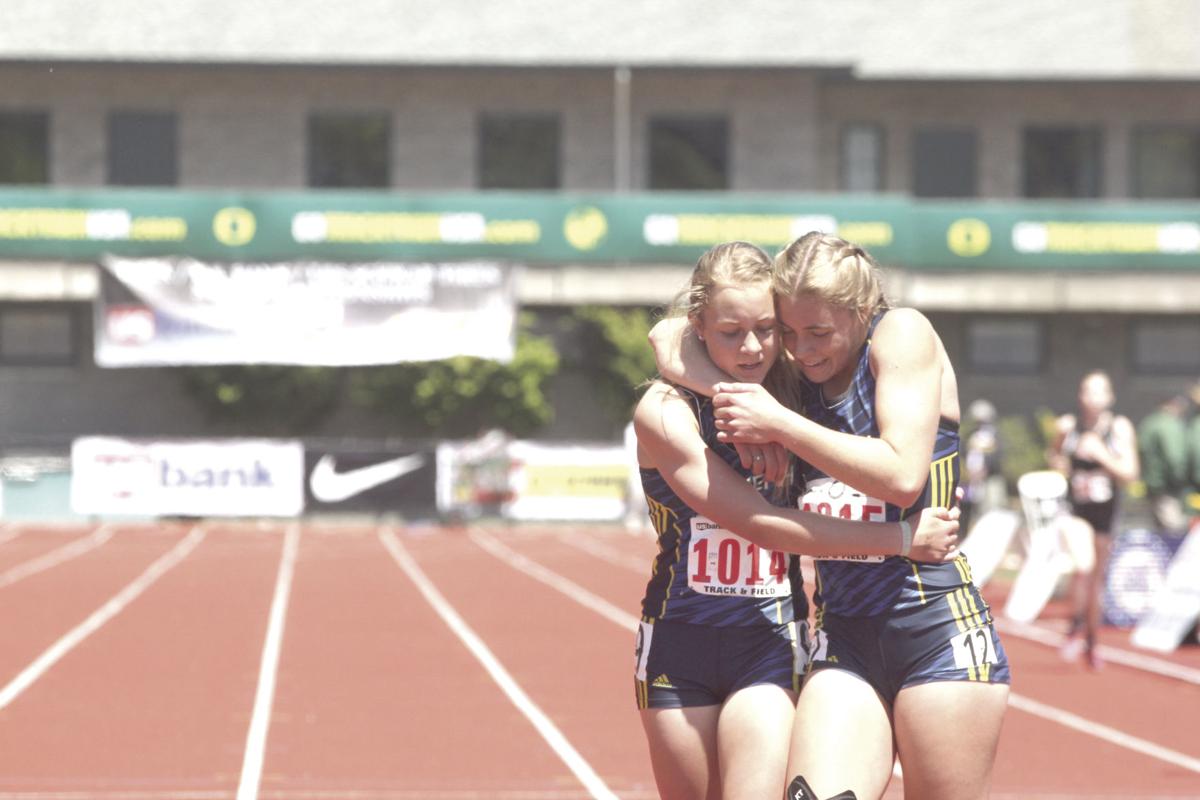 Joseph senior Ellyse Tingelstad, shown in the 1A girls 3,000 championship race last spring, has signed to run for College of Idaho.

Joseph’s Ellyse Tingelstad is shown in the 1A girls 1,500 championship last spring. She won both the 1,500 and 3,000 state title races two years in a row and is set to compete for College of Idaho next year.

Ellyse Tingelstad, right, and Ella Coughlan are shown after they went 1-2 in the 1A girls 3,000 championship last spring.

JOSEPH — Ellyse Tingelstad already had put together one of the best careers ever for a Joseph Charter School distance runner — or any JCS track athlete, for that matter — and was bound to do more this spring.

The senior had won consecutive 1A state titles in the girls 1,500- and 3,000-meter races, successfully continuing the tradition of distance domination started by her older sister, Isabelle, and was favored to three-peat in both races. She had finished fifth at the state cross country meet for the second year in a row this fall, as well, securing a third straight top-10 finish.

Tingelstad won’t get the chance to see if she could claim those third consecutive championships due to the spring cancellations as part of the restrictions caused by the coronavirus pandemic, but her running career is not over, as she has signed to compete in track and cross country for College of Idaho starting in the fall.

“Having the opportunity to be able to continue my running was a big thing,” Tingelstad said. “I took a long time considering if I want to continue running or going the military route. Especially now that the season was taken away, I’m more thankful I chose to run.”

It’s that competitive drive that caught the attention of C of I head coach Austin Basterrechea.

“One of the things that stuck out to us the most about Elly is that she doesn’t lose, especially on the track,” he said in an email to The Observer. “Looking over her 1,500 and 3K races for the past few seasons it is very apparent that she is a fierce competitor. Once we began talking with Elly and had her on campus, it seemed like a no-brainer that she would be a good fit.”

Tingelstad said the caring attitude she felt from the coach and a visit to C of I helped her settle on attending the school. Tingelstad, who is a 4.0 student, also expects to be challenged academically.

“I stayed overnight with some of the girls on the team and felt close to them. It was super chill. That was a really cool thing,” she said. “Just the school itself is really small. It’s an intense school for academics. They focus on putting academics first, which is important to me.”

Wanting academic challenge is actually what resulted in her graduating this spring. Tingelstad skipped a year of middle school, jumping from seventh to ninth grade, because she wasn’t being challenged in the classroom. She met with administration, who told her at the time, “if you’re going to skip, skip now,” saying, she said, that it would be tougher to skip a grade while in high school.

She found the study level that met her needs, and as a bonus got to compete for a year with her older sister, who was a senior when Ellyse was a freshman. That fall, they placed eighth and 11th, respectively, in helping the Enterprise girls track team — with which Joseph co-ops in the sport — take second in the 3A/2A/1A meet.

The following spring, they shared a special moment together on the track, placing 1-2 in the 3,000 at the state meet on the way to helping Joseph clinch a second straight 1A girls state championship. It was a moment, Ellyse said, that still is among the standout moments of her prep career.

“It’s hard to put into words, especially just the gift of being able to have that one year together,” said Ellyse, who turned 17 earlier in April.

The 2017 race clinched a three-peat for Isabelle Tingelstad, but served as a passing of the torch, which Ellyse took and ran with as she locked up the next two 3,000 championships, giving the family five in a row.

The younger Tingelstad ran in the shadow of what her sister accomplished for a while — and was often even called “Isabelle” or “Isabelle’s sister” at races.

She has since cast her own shadow, even surpassing Isabelle in career individual championships with four, matching Haley Miller for the most by a Joseph runner. Ellyse also has bested the times set by Isabelle, holding the school record in the 3,000 and finishing just 0.13 seconds behind the school record in the 1,500, a mark she hoped to break this spring.

She still, though, looks up to her sister, even while carving her own path of success, saying that Isabelle “keeps me grounded.”

“She is obviously my biggest role model and biggest supporter,” Ellyse said. “She supports me in everything. She’s more proud than anything.”

Neither Tingelstad got started at running early, nor is it a sport their parents did in high school.

In fact, they were more at home in the water during a time the family lived in the Midwest.

“We were both competitive swimmers for a very long time when we lived in Wisconsin,” Ellyse said. “When we moved back out here, swimming wasn’t an option.”

The sisters tried swimming for La Grande while living in Joseph, but the distance was too much.

“That’s when she took up running,” Ellyse said of her sister. “We both ran before then, but not very seriously.”

It quickly became a passion, a sport both are good at, and one they enjoy together even now.

“Every time (we’re) together we always do a run together,” she said.

While her prep career didn’t end how she anticipated, Ellyse said she is able to leave her high school track career with no regrets — not that someone would have many after winning four titles.

“Mostly I’m sad that I’ll never be able to practice with my team again and run against the competitors, (the) girls from Union (and) girls from Enterprise,” she said. “It’s crazy because there wasn’t any closure in the season.”

And, she still gets a chance to continue running and further cast her own shadow at C of I.

“Definitely very grateful for the opportunity,” she said, “for sure.”