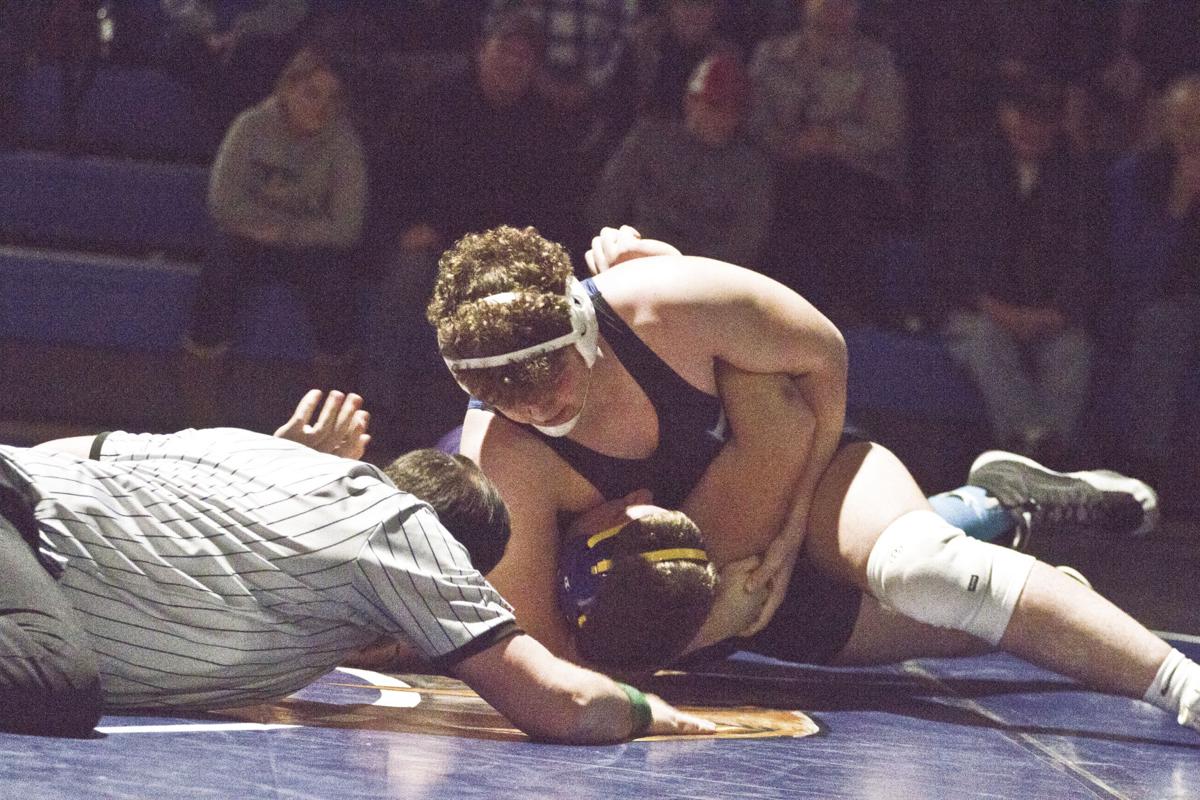 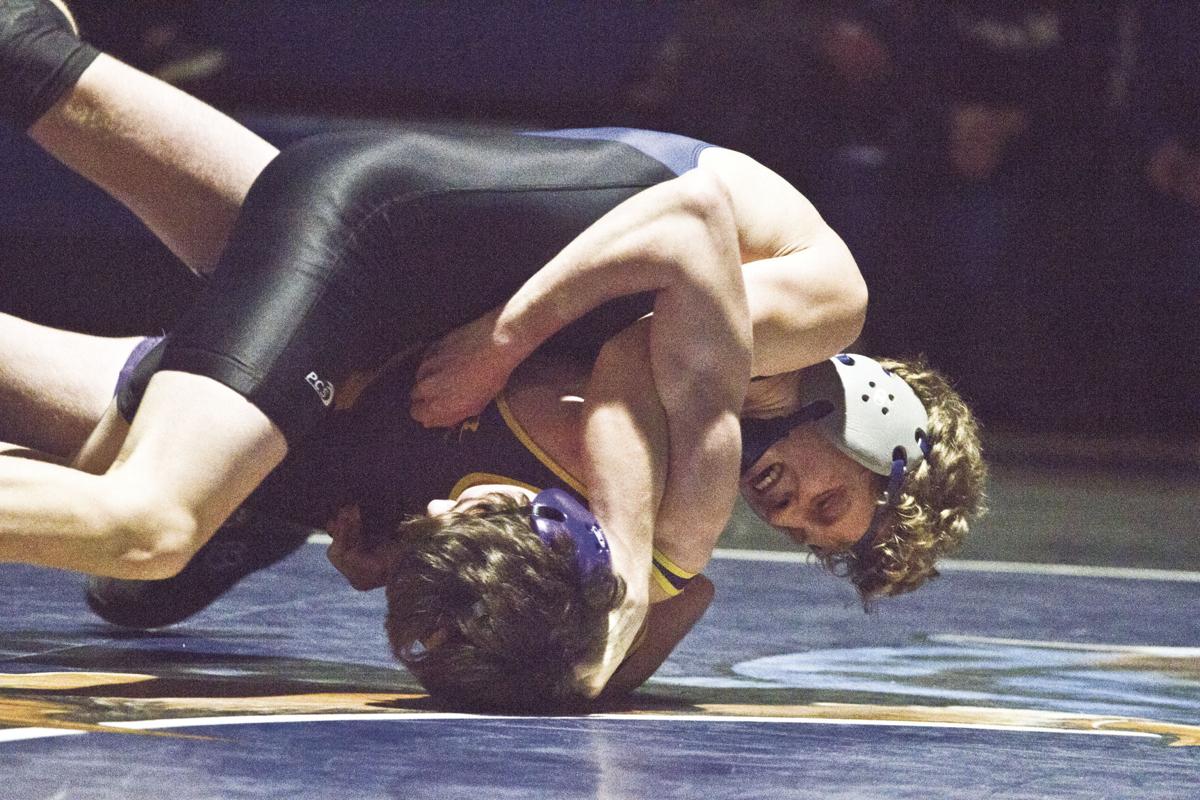 La Grande's Josh Collins secured a pin over Baker's Gavin Stone Wednesday, one of seven wins by fall for the Tigers in their 61-7 victory.

La Grande's Josh Collins secured a pin over Baker's Gavin Stone Wednesday, one of seven wins by fall for the Tigers in their 61-7 victory.

LA GRANDE — A matchup of top-five teams Wednesday quickly turned into a rout by the newly christened No. 1 team in Wednesday’s 4A wrestling coaches poll — the La Grande Tigers.

In their only dual at La Grande High School this season, the Tigers put on a stunning performance, recording seven pins and winning all but two matches on the way to a 61-7 victory over rival Baker — which itself is ranked fourth in the state.

“Those kids really rose up,” La Grande head coach Klel Carson said. “Those early weights, those young kids like we were talking about…they’ve never been in a dual. All freshmen, and wrestling state placers.”

Not only wrestling state placers, but beating many of them.

After Delia Gulzow won by forfeit to give the Tigers an early lead, freshman Brysen Peneloza (113 pounds) needed only 38 seconds to pin Caleb Shaw and give La Grande a 12-0 advantage.

The tone for the night was set with Peneloza’s victory. Josh Collins (120) and Braden Carson (132) both recorded second-round pins over Baker opponents Gavin Stone and Cody Eskew as La Grande claimed the first six victories, surged to a 31-0 margin and took complete control.

“We lost a couple matches there that we probably should have won at 120, 126, 138, (and) once you start doing that, it's like a steamroller, and it's hard to get your team morale turned around,” Baker head coach Brandon Young said. “That was kind of what happened.”

The performance was one that stunned the LHS head coach, who before the dual said he believed there would be several tough matches.

Baker stopped La Grande’s run with a close 3-2 decision by Jake Eskew over Braxton Bisenius at 145 and a 16-5 major decision by Ian Feldmeier over Wyatt Livingston at 152.

But the rest of the night belong to the Tigers, who won four of the final five matches by fall — none taking longer than Spencer Gerst’s 1:20 takedown of Alex Ritter at 220 pounds which made the score 55-7.

The exclamation point came moments after Gerst’s win. Gabe Shukle (285) needed only 53 seconds to pin Jaden Martin to cap the night, and did so with a stunning move. In one motion, Shukle executed a maneuver called an arm spin where he pulled Martin over his shoulders and flipped him onto his back, pinning him just seconds later.

“You grab his arm and drop your hips down and he flings right over you and goes straight to his back,” Shukle said, describing a move he said he learned from assistant coach John Tuck. “I did it a couple times last year, but up in the practice room I kind of perfected it a little bit, just something in your back pocket. It was there tonight.”

“La Grande’s really tough this year,” Young said. “I think we can make that hopefully a little bit better match here in a couple weeks.”

“We had a lot of guys step up,” Reed said. “Cole Isaacson took it to a new level tonight. He beat a really tough kid. That kid took fourth at state last year, and he just kind of throttled him in those last couple of rounds. As a team, everyone did great.”

La Grande returns to action Saturday when it wrestles Pendleton at Eastern Oregon University. The Tigers will wrestle in between EOU's matches against Big Bend Community College.