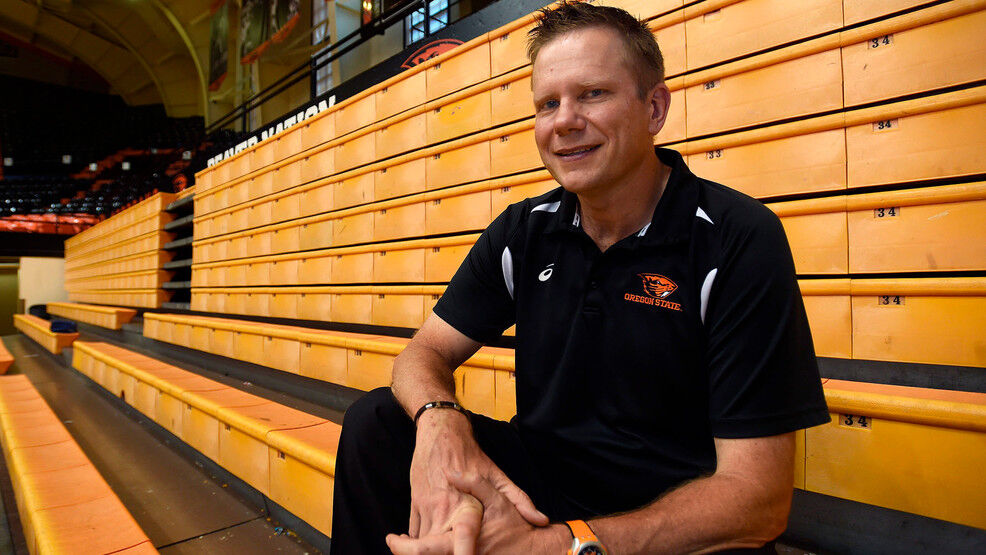 Oregon State University volleyball coach Mark Barnard poses for a photo in Corvallis. Players and people associated with the program accuse Barnard of running an abusive and even dangerous program. 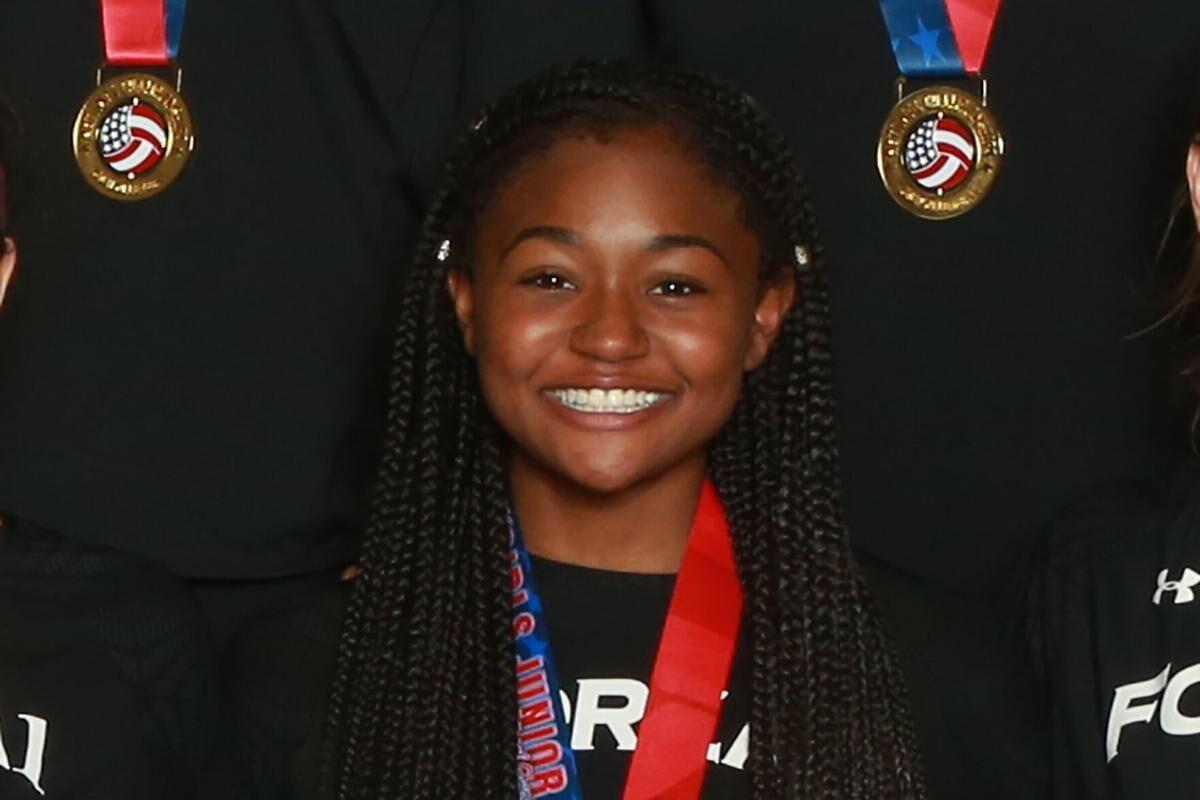 Amya Small at the USA Volleyball Girls 18s Junior National Championship in April 2019 at the Indiana Convention Center in Indianapolis. Small contemplated suicide that year while a member of Oregon State's volleyball team. She had her scholarship pulled shortly after that incident and is planning on attending Florida A&M on scholarship this fall.

Oregon State University volleyball coach Mark Barnard poses for a photo in Corvallis. Players and people associated with the program accuse Barnard of running an abusive and even dangerous program.

Amya Small at the USA Volleyball Girls 18s Junior National Championship in April 2019 at the Indiana Convention Center in Indianapolis. Small contemplated suicide that year while a member of Oregon State's volleyball team. She had her scholarship pulled shortly after that incident and is planning on attending Florida A&M on scholarship this fall.

CORVALLIS — Athletes and others have accused Oregon State University's head volleyball coach of running a program so abusive 11 players quit or transferred since 2016 and two team members contemplated suicide, with one attempting an overdose.

The Associated Press reported athletes and people with ties to the program in interviews with the AP and complaints to the university said fifth-year head coach Mark Barnard pits players against each other in team meetings, threatens to revoke scholarships for struggling players and pushes team members past health warnings in practice as punishment.

They said they were perplexed by the administration not taking decisive action against Barnard after repeated complaints about the program, some of which triggered what university spokesman Steve Clark called a "full and impartial" investigation.

Former player Amya Small, along with two other players and three former Division I athletes with ties to the program, portrayed a coaching staff that has regularly bullied players, some of them to tears, in practices. Most did not want their names used, fearing they would endanger the status of the 12 athletes remaining on the team.

Small said the abuse contributed to her decision to take dozens of pills eight months ago, but she changed her mind and called 911.

"My teammates showed up for me that night. I love my teammates. It's just Mark that makes it terrible," said Small, who since has accepted a scholarship offer from Florida A&M.

Another player shared with her teammates a plan to hang herself in the locker room, the AP was told.

In an email to the AP, Clark disputed the characterization that players were pushed past their physical limits as punishment or that a harsh environment had led team members to contemplate suicide. He also said Oregon State honors its commitments to student athletes.

He said "appropriate action was taken" by athletic director Scott Barnes after an investigation conducted by the school's Equal Opportunity and Access office was concluded, but did not elaborate. The results of the investigation have not been disclosed.

Neither Barnard nor Barnes responded to questions sent to them by AP; Clark said they had asked that all questions be directed to him.

Some of those interviewed by the AP recalled Barnard and his staff, as punishment, forcing a player to repeatedly perform a difficult drill that involved her jumping and swinging at balls lobbed above the net and then digging balls hit toward the ground. They said the coaching staff ignored warnings from a system that alerts coaches when a player's number of vertical jumps is reaching a dangerous threshold.

"He isolated her, made her do it over and over again. I was mortified," said a parent who attended the practice who asked not to be identified.

Some of those who spoke to AP said they believe Barnard has created a toxic environment that led to unusually high rates of injury. According to Barnard's bio on the team website, nine players missed significant time due to injuries or illness during the 2018 and '19 seasons. Over that time, the team went 20-43.

Players, parents and others close to the program described a pattern of Barnard promising four-year scholarships during recruiting but then producing letters of intent that covered only one year.

"I thought I was signing up for four years, and it didn't seem right when they gave me the letter," Small said.

Though manipulating scholarships isn't unheard of in Division I sports, some of those who spoke to AP described Barnard as sometimes using harsh methods to try to force players out. One player, who is no longer on the team but negotiated to keep her OSU scholarship, told the AP that Barnard told her to consider transferring after one season and "if I stayed, I'd be so unhappy here, I would lose all my friends and I'd be miserable."

Oregon State's turnover rate is higher than at most schools. At Colorado, another below-.500 team in the Pac-12 that has 18 players on its roster, only three players have left or transferred since 2018. At OSU, at least six players have left the team since the start of 2019 alone.

Former NCAA executive Ed Ray, who was roundly criticized for his role in the NCAA's handling of the Penn State sex-abuse scandal, served as OSU's president for nearly 17 years until his retirement last month. The AP was told he reached out to assistant athletic director Marianne Vydra after a complaint about the program was made directly to Ray's office.

Vydra gave players the option of reporting complaints to the university, but her impact might have been blunted by a team meeting that started the 2019 season in which a team leader said all complaints about Barnard and his staff should be brought not to administrators, but directly to coaches. That message, according to two players present, was delivered with Barnard in attendance.

The AP reached out to Vydra and Ray for comment; Clark said his response also was on their behalf.

Several people interviewed by AP said they felt the Equal Opportunity and Access investigation was tainted from the start. The independent investigator hired had a history of contract work for the university, according to a letter former OSU basketball player Rickey Lee sent to Ray.

Clark told the AP the investigator's ties did not compromise her ability to oversee an impartial investigation.

Lee, who remains close to Oregon State, played basketball in the 1970s for Ralph Miller, known as an unforgiving taskmaster. His summary for the AP of some of the methods used in Oregon State volleyball practices: "I've never seen anything like that in all my days in sports."

Badgers football notebook: Training camp may not start on time