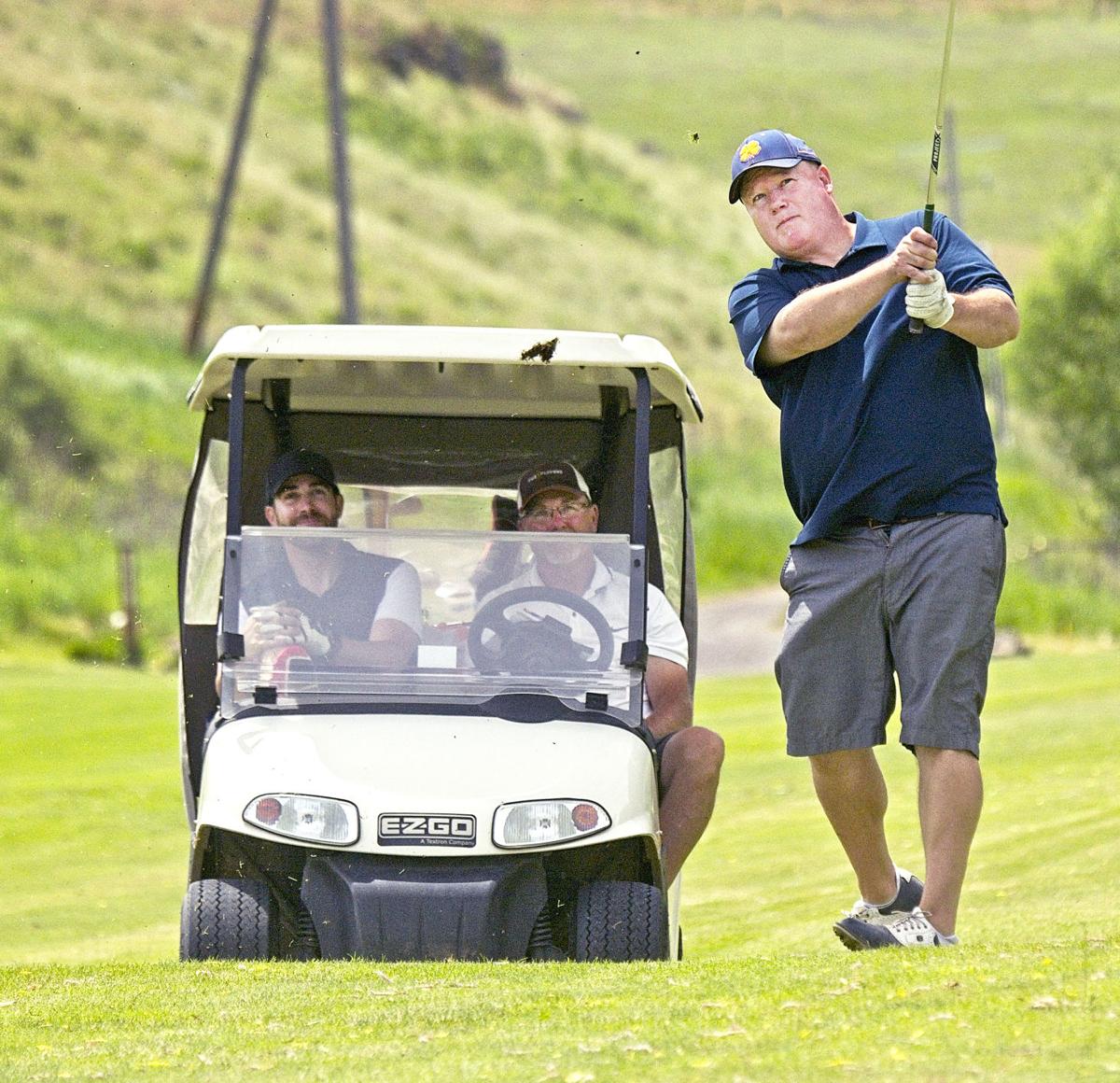 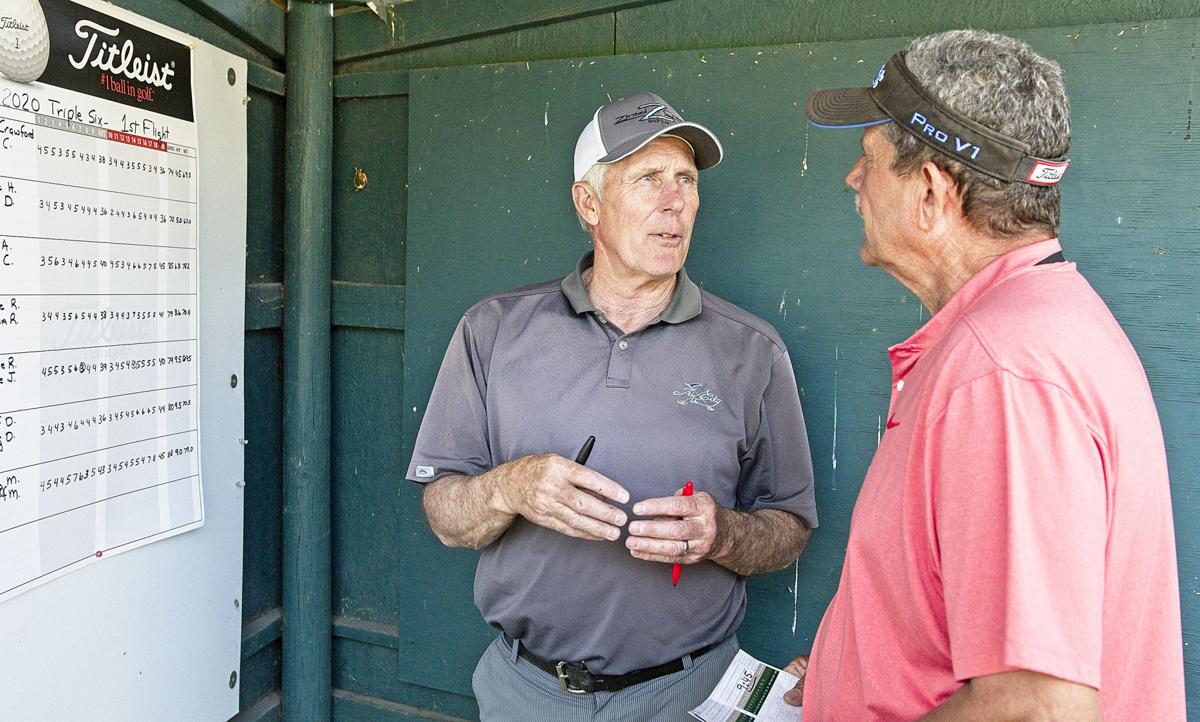 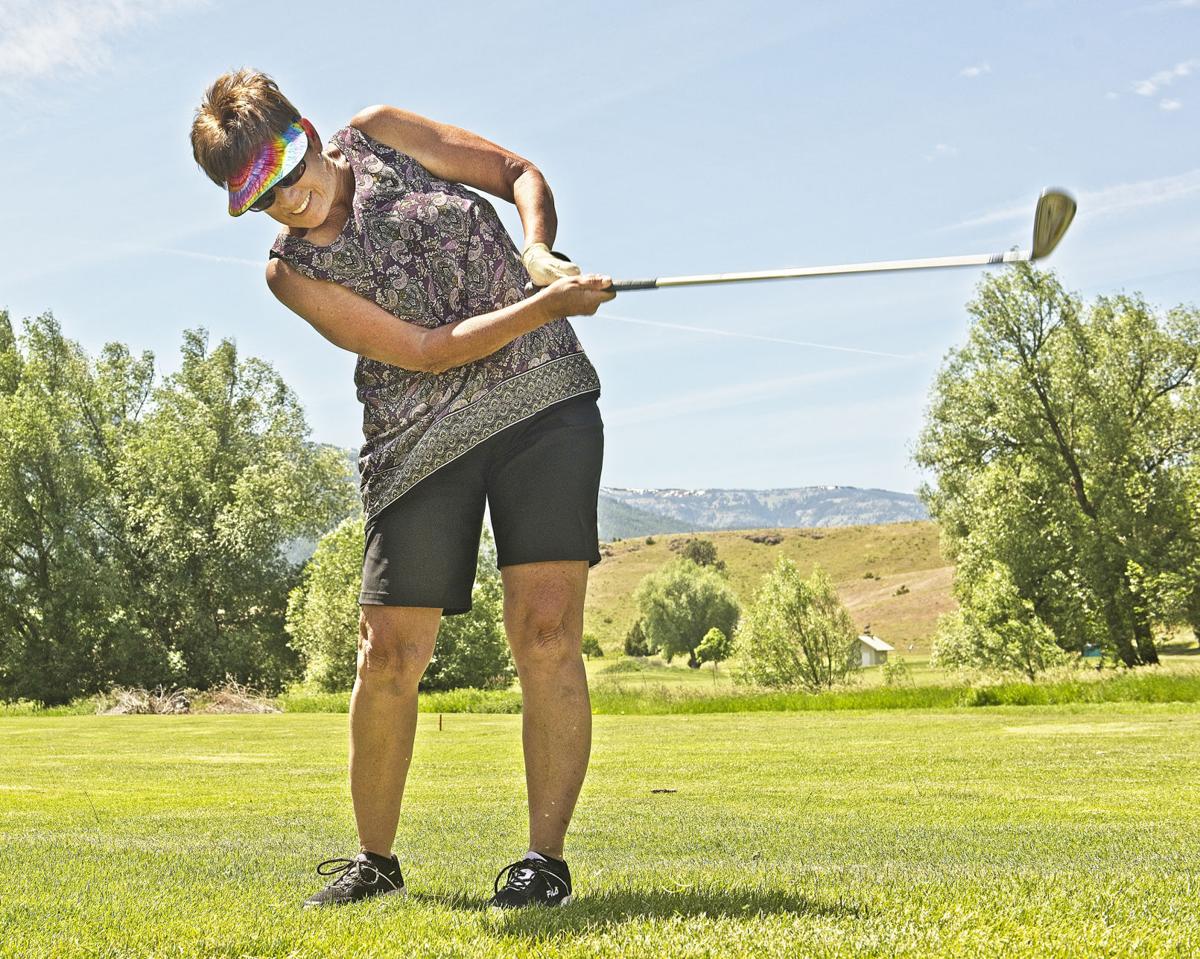 Tournament player Mona Rahn puts some grit into her drive.

The seventh-annual tournament took place June 27 under blue skies, though some wind added a little challenge. There were 14 two-person teams, according to tournament director Bill Ables.

“They competed in two flights that depending on each player’s established golf handicap,” he said. “So there were seven teams in each flight.”

“It’s a fun way to play golf, although sometimes it can get a little confusing,” Ables said.

Players also vied for closest to the pin on holes one and four. Lance Homan and Dale Johnson, respectively, won the pin contest on these holes.

The event offered prizes to the top two-person teams for their nearly all-day, 18-hole efforts.

Ables said everyone adhered to social distancing and COVID-19 rules.

Most of the tournaments planned for this year, including the Shriners, have been canceled, Ables said. But there is one coming up: the Elks Tournament on July 17, which is for individual players rather than teams. He also said the fate of the season’s final Labor Day Rat Race tournament is uncertain.

Hansen's Sunday Notebook: 'Pride of Arizona' lives up to its name as it adapts to coronavirus reality