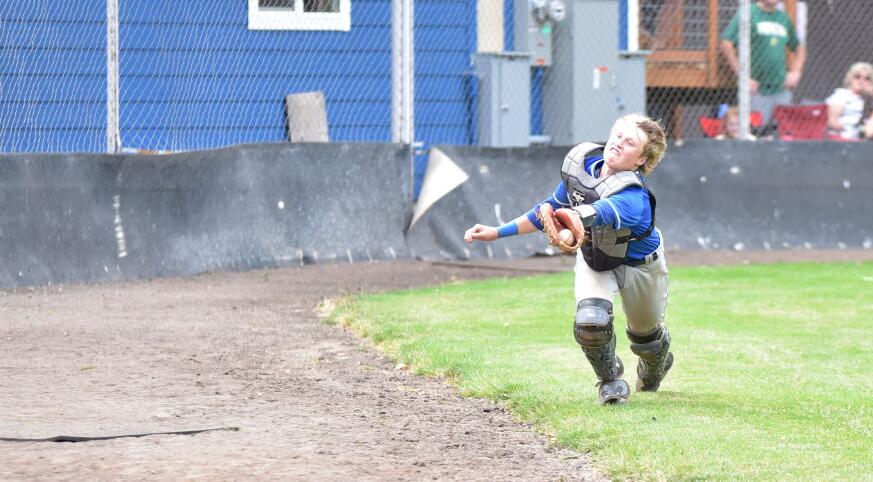 Cole Jorgensen lays out to catch a foul ball on Saturday, Aug. 1, during the first game of the La Grande Legacy Ford Legends’ doubleheader against Hodgen Distributing. 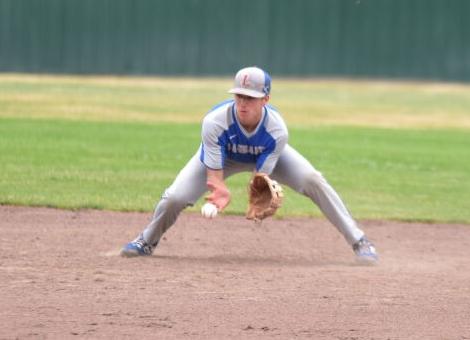 Logan Williams fields a grounder during the second game of a doubleheader Saturday, Aug. 1, against Hodgen Distributing of Pendleton. 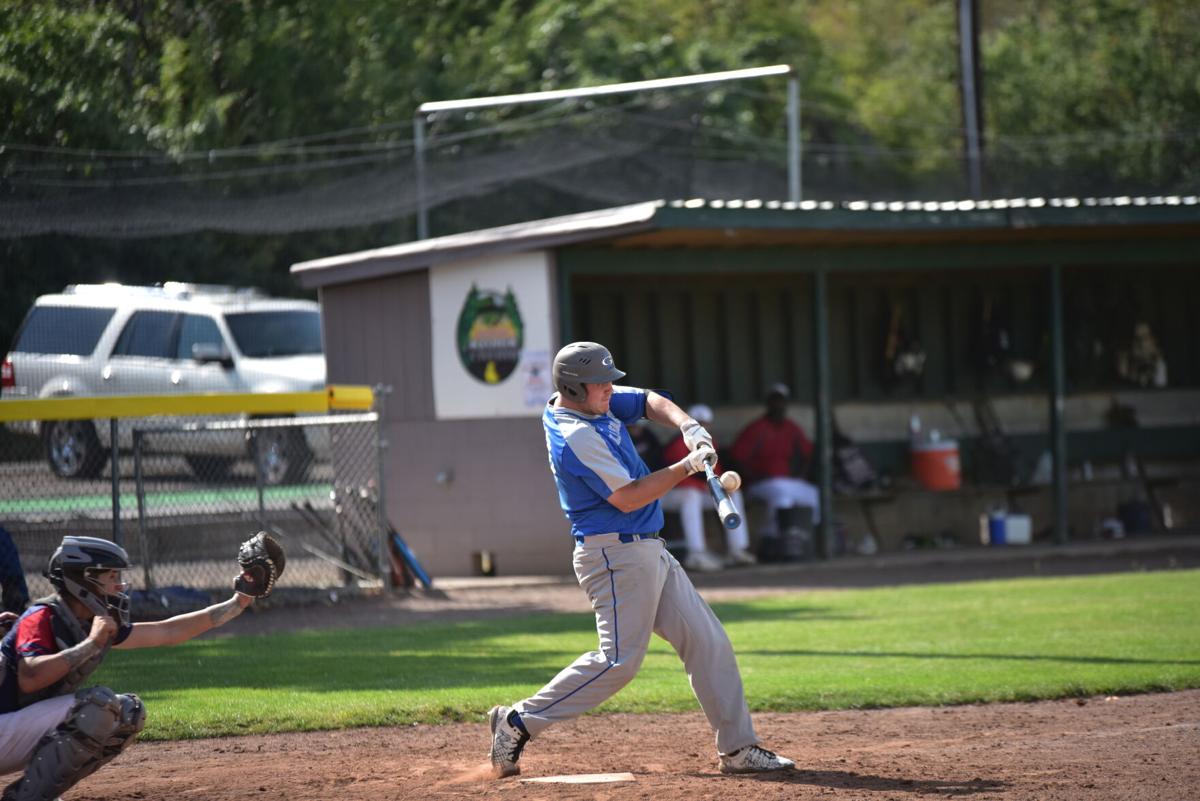 Nick Bornstedt squares up on a pitch during a doubleheader Saturday, Aug. 1 against Pendleton’s Hodgen Distributing.

Cole Jorgensen lays out to catch a foul ball on Saturday, Aug. 1, during the first game of the La Grande Legacy Ford Legends’ doubleheader against Hodgen Distributing.

Logan Williams fields a grounder during the second game of a doubleheader Saturday, Aug. 1, against Hodgen Distributing of Pendleton.

Nick Bornstedt squares up on a pitch during a doubleheader Saturday, Aug. 1 against Pendleton’s Hodgen Distributing.

The Legends were down 8-3 after 3-1/2 innings Saturday, Aug. 1, to Hodgen Distributing of Pendleton. Hodgen had scored eight straight runs to take the five-run lead, plating four in the third and four in the fourth, with the key hit in the fourth inning a two-run single by Ty Beers.

Then came the pep talk and the turnaround, and the Legends scored 15 runs in the next two frames to finish off an 18-8, five-inning victory.

They won the opener earlier Saturday, 9-3.

An error and two walks loaded the bases in the third, and Jace Schow’s bloop single trimmed the margin to 8-4. A bases-loaded walk and another error led to three more runs before Cesar Rodriguez laced a two-run single that gave the Legends a 9-8 lead.

The barrage continued in the fourth. La Grande quickly loaded the bases, then a walk, an error and a hit by pitch led to three runs and a 12-8 lead. Cole Jorgensen reached on a fielder’s choice for the 13th run, Parker Robinson’s single drove home another run and Rodriguez capped off a four-RBI contest with a two-run double for a 16-8 lead. Nick Bornstedt followed with an RBI single, and Rodriguez scored the game-ending run shortly after.

A wild pitch and two errors had helped La Grande score three times in the first inning and take an early 3-0 lead. The Legends took advantage of seven Hodgen errors in the contest.

After Sergio Staab’s RBI single gave the Legends a 1-0 lead, Robinson cracked a two-run triple and Rodriguez followed with his own RBI triple before scoring on a Devin Bell double.

Jorgensen added a three-run double in the fourth.

Friday night, the 16U Legends mauled Baker City in a nine-inning contest, 17-1.

La Grande scored the game’s first run in the second inning on an Austin Higgins RBI single, then knocked in six runs in the third on Rodriguez’s two-run single, Jarett Armstrong’s RBI single and a three-run double by Derek Begin.

Rodriguez plated another run with a single in the fifth, then in the seventh Armstrong tallied another RBI single. Begin drove in two more runs with a double and another run scored on a wild pitch.

Armstrong struck one more time in the eighth with an RBI single for a 13-1 advantage, and errors, a hit batter and a walk led to four more runs.

Begin finished with six RBIs, and both Armstrong and Rodriguez plated three runs.

18U team victorious on the road

On Wednesday, the 18U Legends earned a pair of road wins against Columbia Gorge.

Bell singled home a run in the third, and Braden Carson drove in a key run in the sixth with a single.

La Grande finished the sweep despite committing seven errors in the nightcap.

Two bases-loaded walks and a squeeze bunt by Staab led to three runs in the second and a 3-0 lead.

Riley Gregg’s RBI single in the fourth gave La Grande a 4-2 lead. Jorgensen then hit a two-run triple in the fifth and scored on Rodriguez’s squeeze bunt for a 7-3 edge.

La Grande finished with three more runs in the sixth on two bases-loaded walks and a bases-loaded hit batter.

Stories from the Heart: Donovan Wilson doesn't forget his hometown